A grey whale surprised a bunch of sightseers one day while the animals sneakily popped up behind them.

That speechless moment was captured by the photographer E. Smith. He watched the entire scene and decided to shoot that incredible moment. 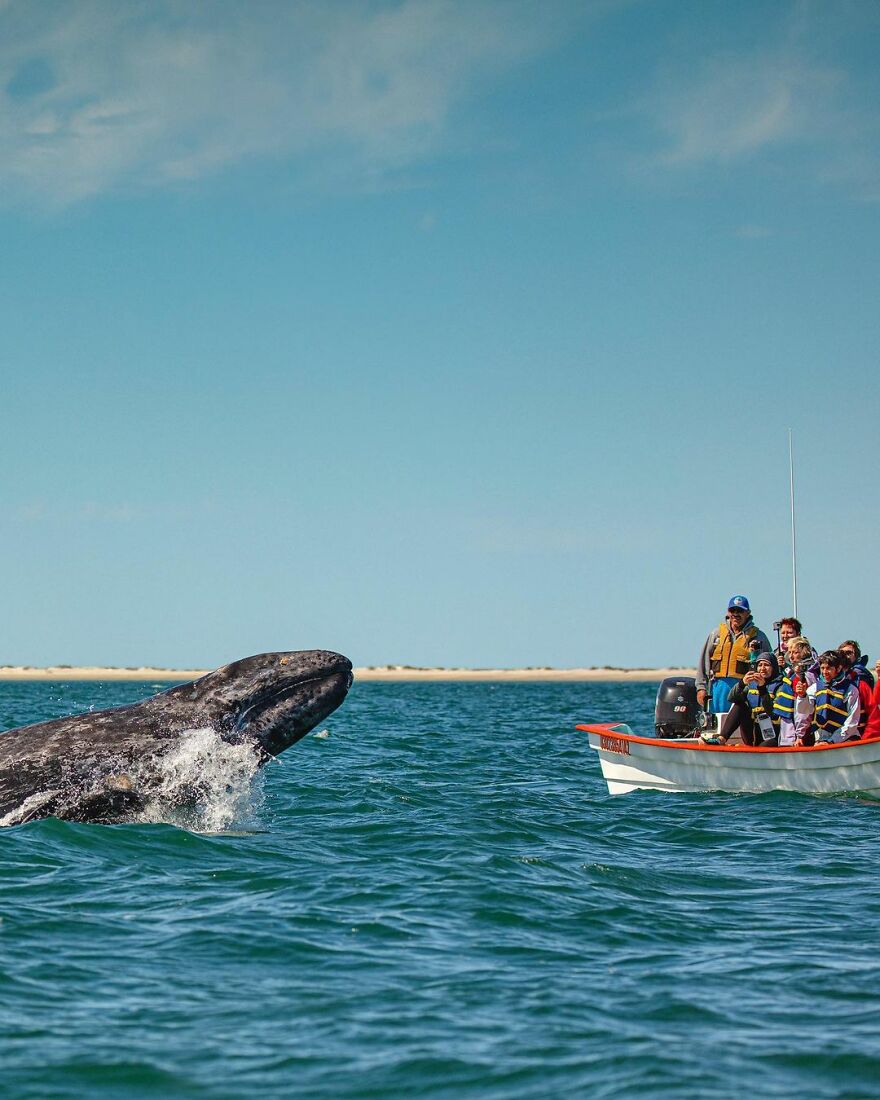 The photographer shared the picture on his Instagram. From that moment, the photo went viral on Internet. 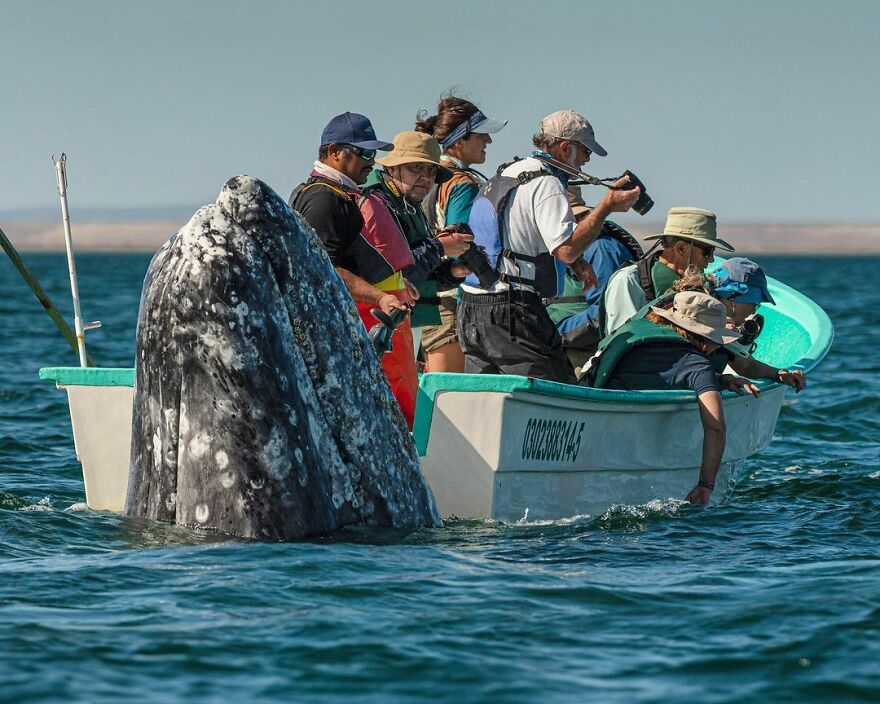 Smith says that whales act and they tend to be really sneaky. In fact, they’re so sneaky that the maneuver has a name: it’s called a spy hop. 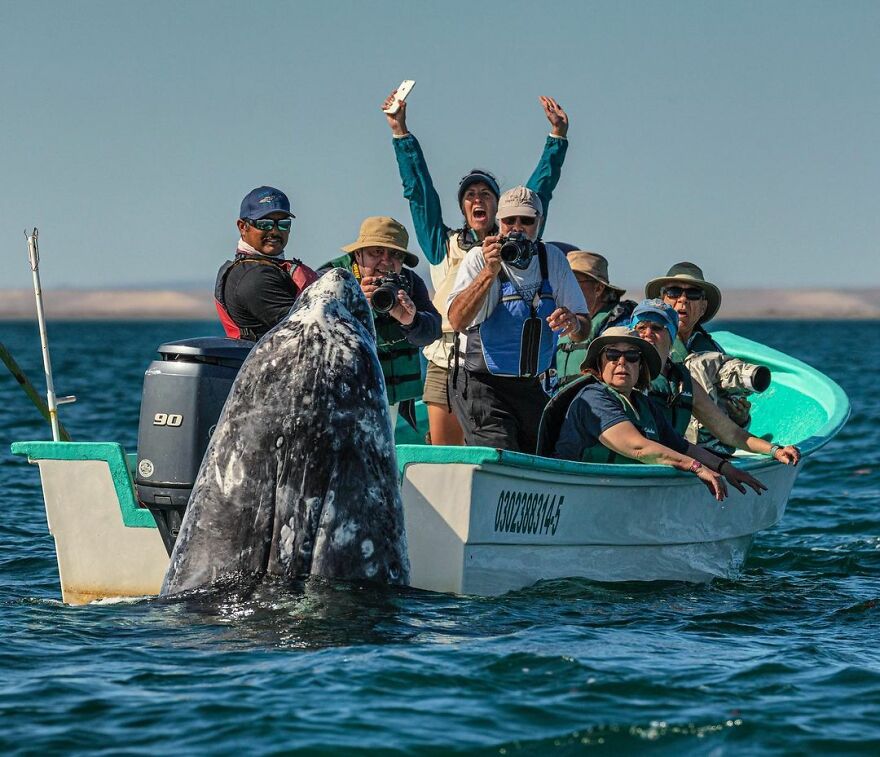 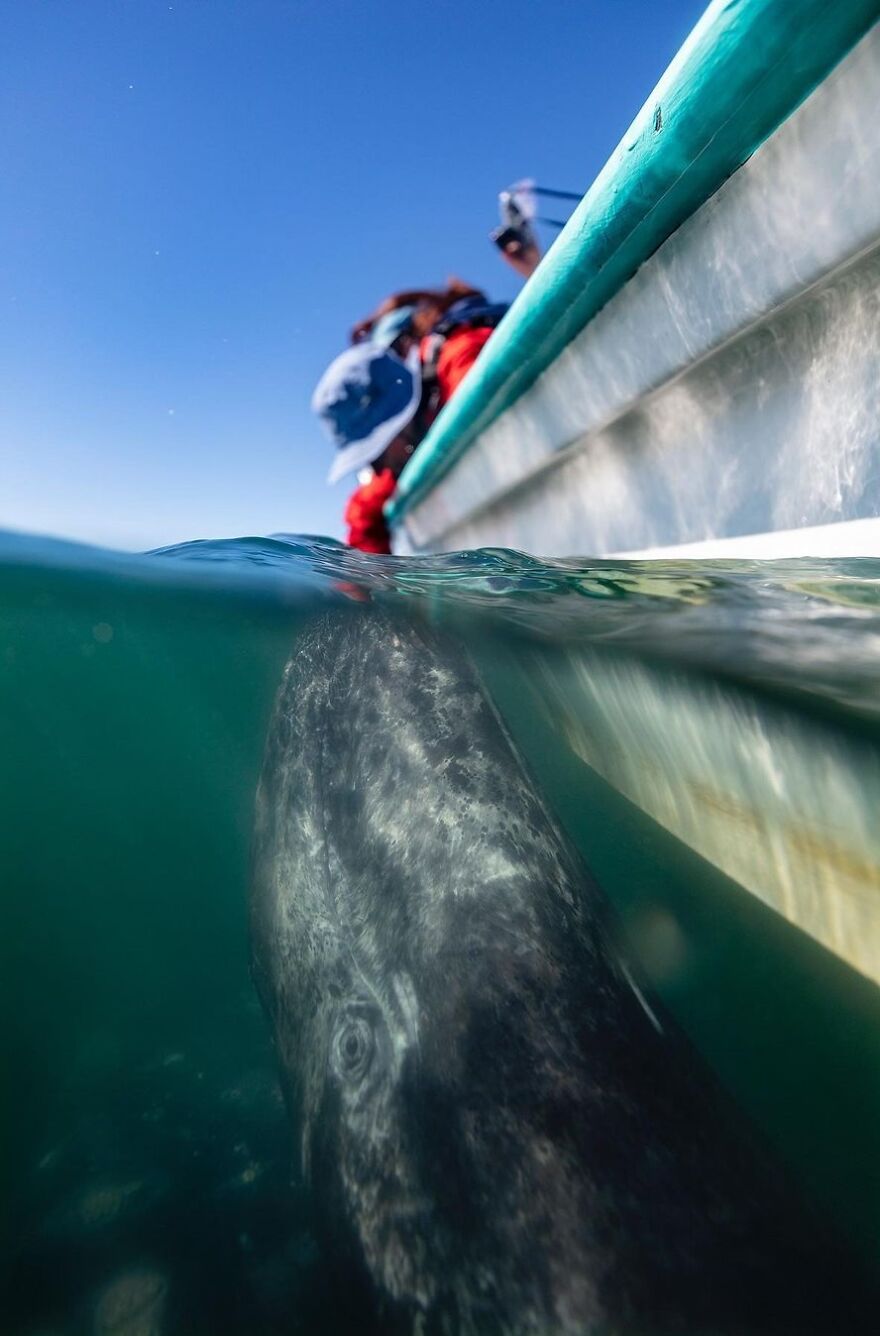