Virginia is an adorable Juliana pig that seems to have a case of mistaken identity – her owner claims that she feels as much like a dog as her boxer brothers and sisters!

Virginia is 10 months old and lives in Colorado together with her owners and a couple of boxers. According to her owner, she’s smarter than the dogs are – she learned to use their dog door before they did, and she was very easy to potty train as well. 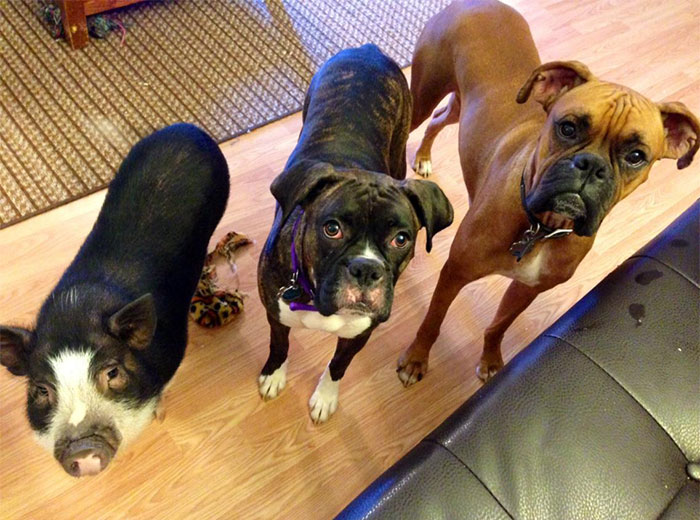 Because we often only think of pigs as livestock, we tend to forget that they are actually extraordinarily intelligent and loving animals. They are becoming more and more popular as pets, not just as food!

“I don’t think Virginia realizes that she isn’t a dog. We got her when she was 3 months old so she grew up around them,” wrote her owner. 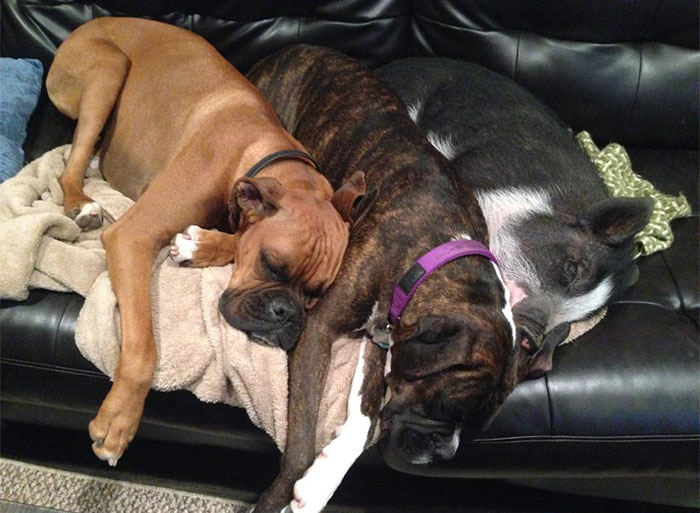 “She catches on a lot faster than the dogs. For example, as soon as we installed a the dog door, she walked right through it. It took the dogs a couple days of barking and pawing at it to figure they can use it to get outside”

Her owner claims that Virginia is “100% housebroken. Has never rolled in poop or mud, she prefers to roll around in sand or dirt. She doesn’t smell. She gets a little dandruffy when her skin gets dry but that is about it“ 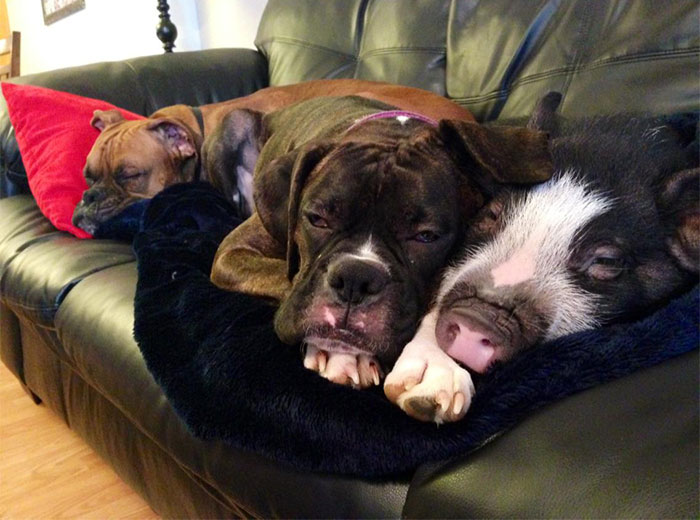