Myla Aguila was taking a walk near her home, minding her own business when she noticed something that made her stop. A boy’s slipper had fallen down a hill, and a big white duck was trying its best to bring it back to him. Luckily, Myla had her phone with her and captured the entire experience on an adorably funny video. 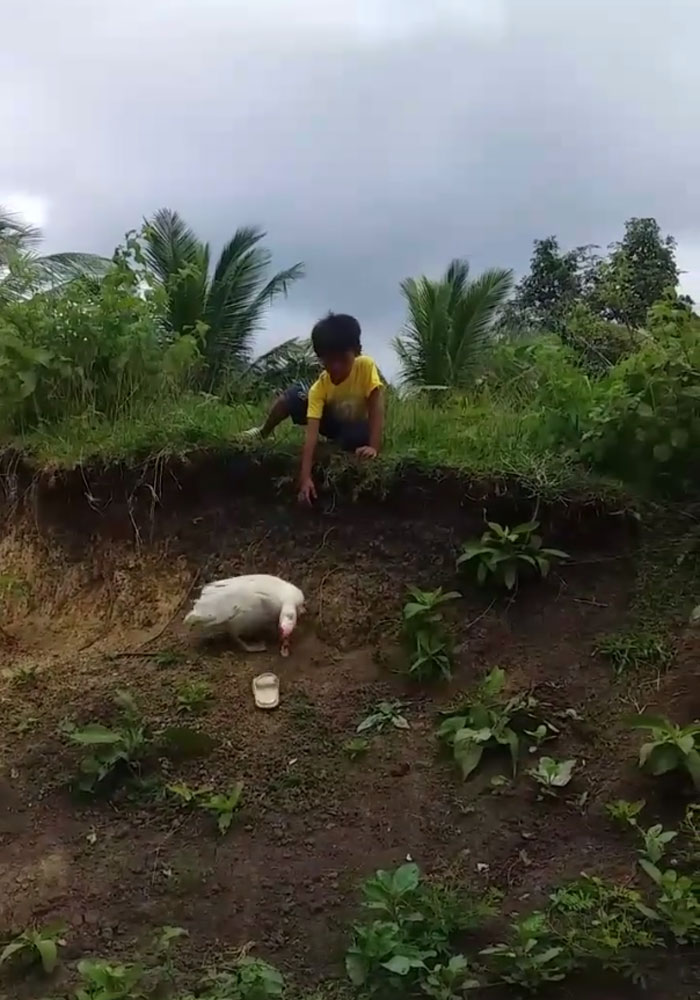 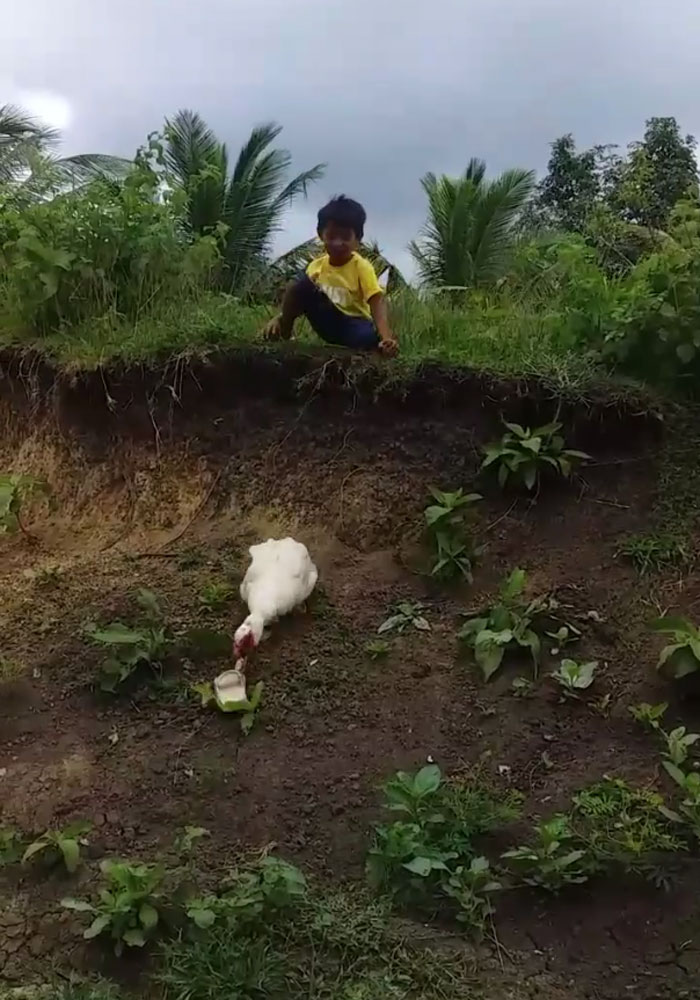 Looking at the video, it seems that the boy probably could’ve gotten his slipper himself. However, the duck was determined to finish the random act of kindness, so the child amused the smart bird.

But it wasn’t as easy as it sounds. Even though the hill was quite small, it still posed one hell of a challenge for the duck’s tiny feet. Nevertheless, it persisted. 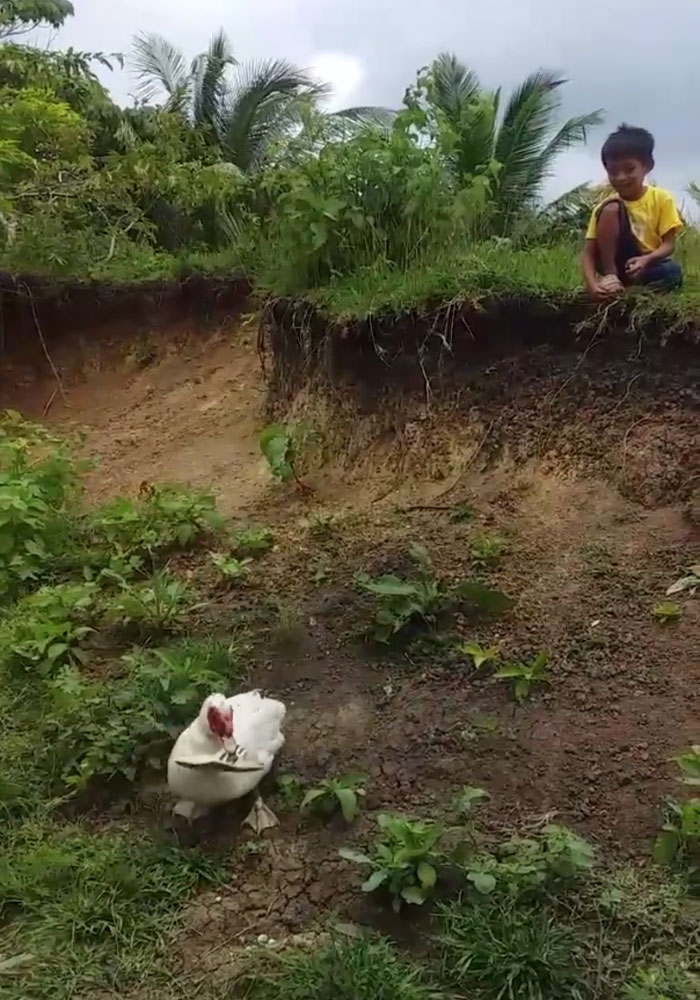 Throughout the whole video, it seemed that the duck perfectly knew what it was doing. And it could be so. Researchers have determined that even young ducklings have the ability for thoughts that are often associated only with primates and other highly intelligent animals. For example, ducks even outperform supposedly “smarter” animal species in certain aspects of abstract reasoning. 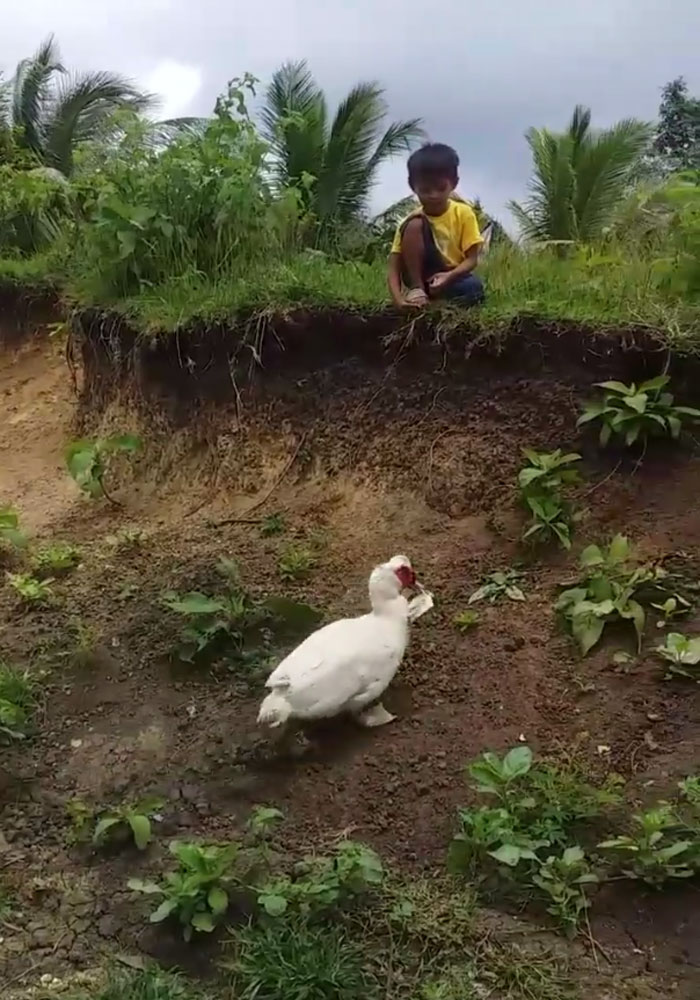 And it doesn’t take them long to get there. As soon as a few hours after birth, those adorable smart animals understand concepts like “same” and “different,” remember them, and can even apply them to never-before-seen objects with no social cues or training whatsoever, researchers reported in a recent study. 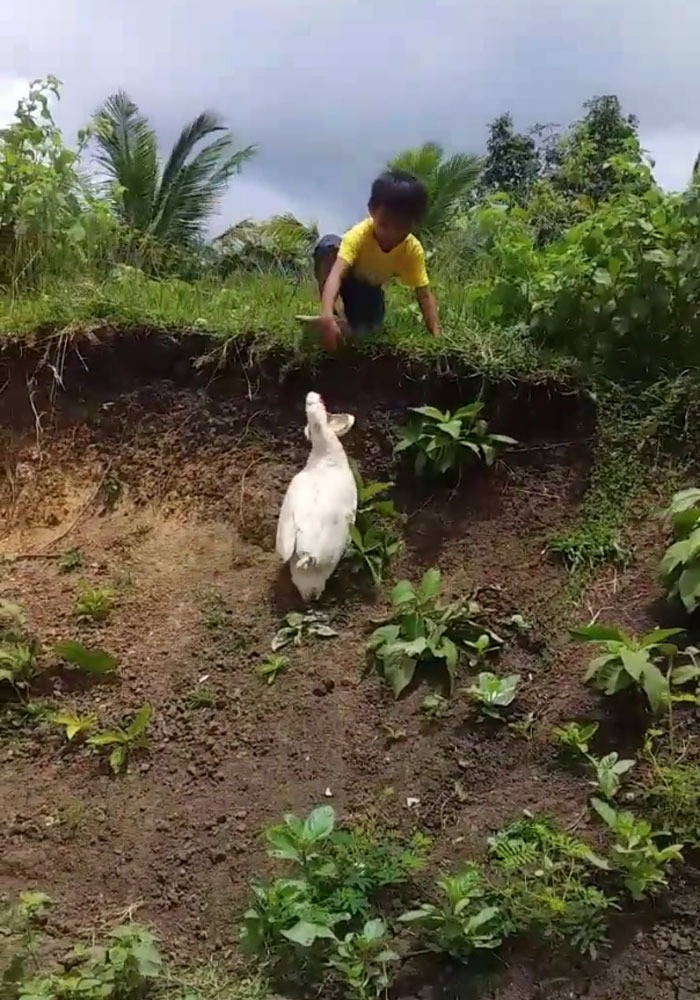