Doctors sometimes need an assistant who can help them do their work in the most efficient way. Turns out, Aleksei Krotov, a veterinarian from Rostov-on-Don, Russia, has one of the best. And yes, it’s a raccoon. 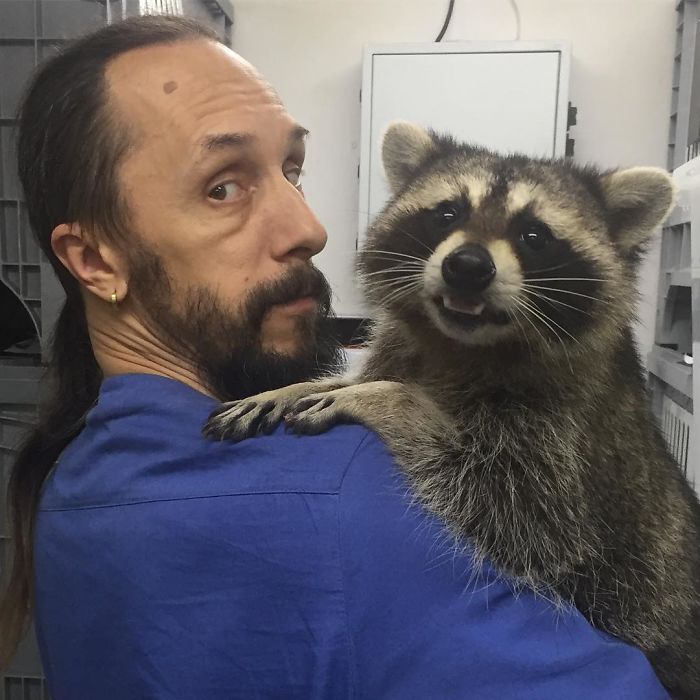 Taking care of a raccoon has always been Krotov’s dream, so after he became a vet he decided to get one. This is how Yasha came into his life – Aleksei and his wife bought him from horrible conditions where he was living in Krasnodar district, and took him home. 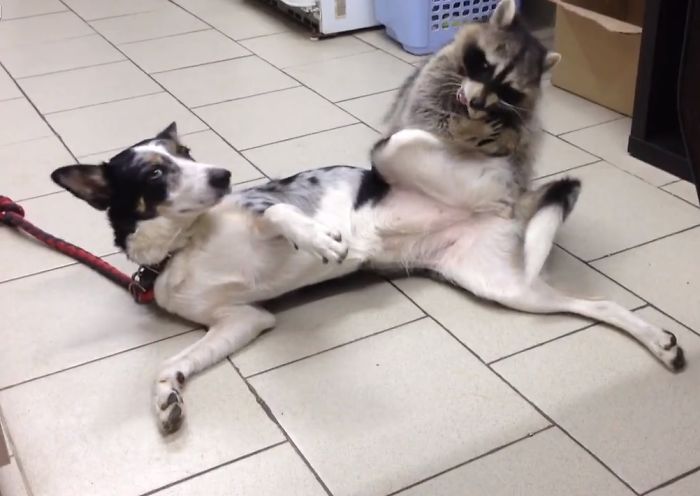 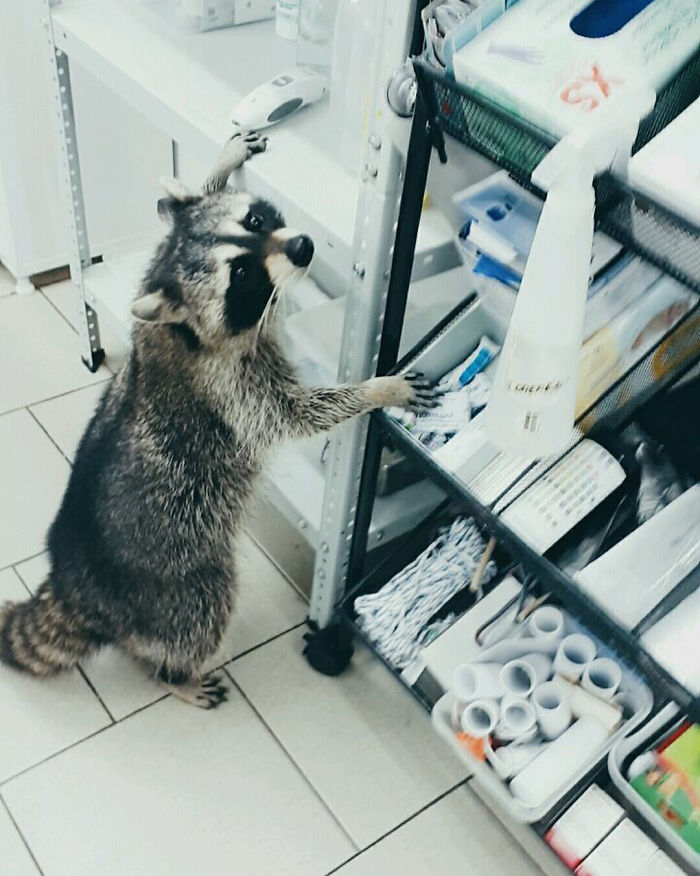 At first he lived with them, but later the family decided to move him to Aleksei’s clinic. This is when the doctor noticed his amazing ability to calm stressed and sick dogs that come for treatment. For this Yasha became a local celebrity and sometimes people come just to visit this adorable raccoon. 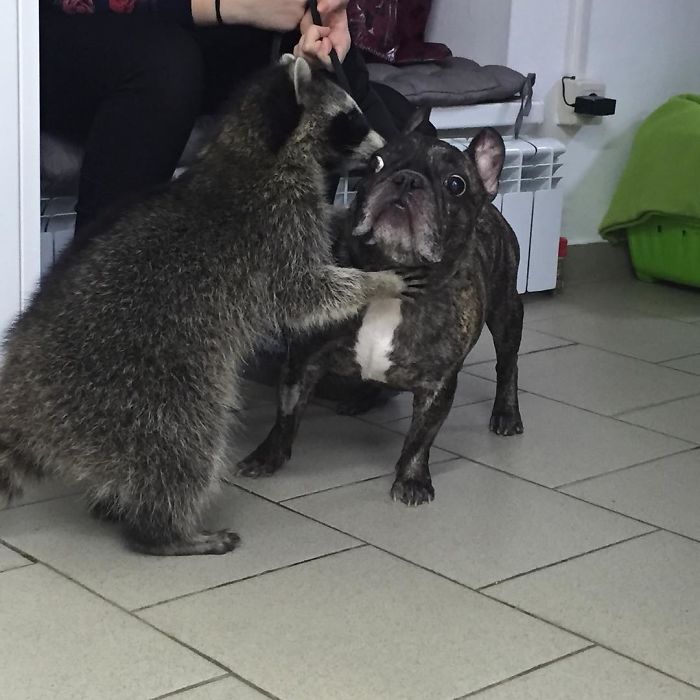 Cats don’t really like Yasha, but he is amazing with dogs – and they’re really lucky to have such a fluffy doctor.