Meet Puggle, the baby fox that was rescued on March 15th in North West London, and who can’t get enough of his stuffed rabbit. Puggle may be living indoors for now, but that rabbit better watch out! 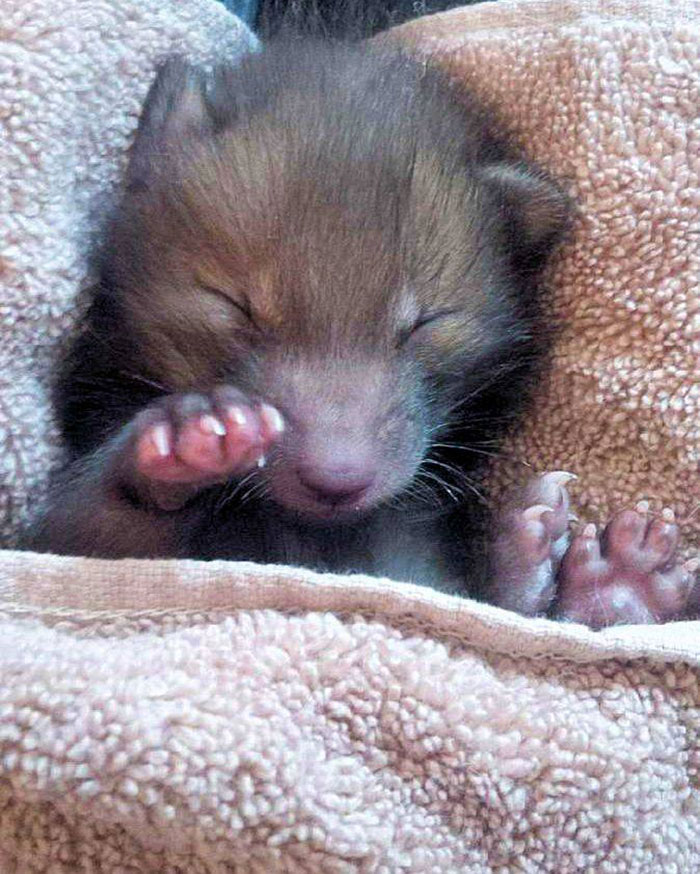 “Puggle has a love hate relationship with it,” the National Fox Welfare Society told Bored Panda. 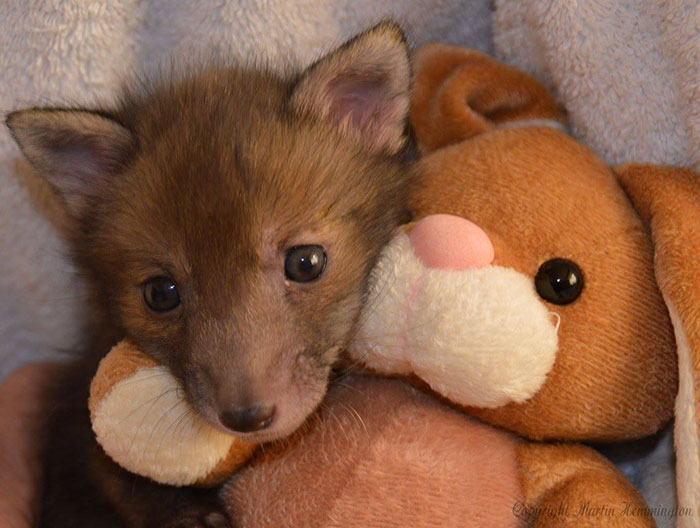 “When he is tired, he loves to snuggle up to the rabbit, but after eating and full of play, he likes to shake the rabbit and throw it around.” 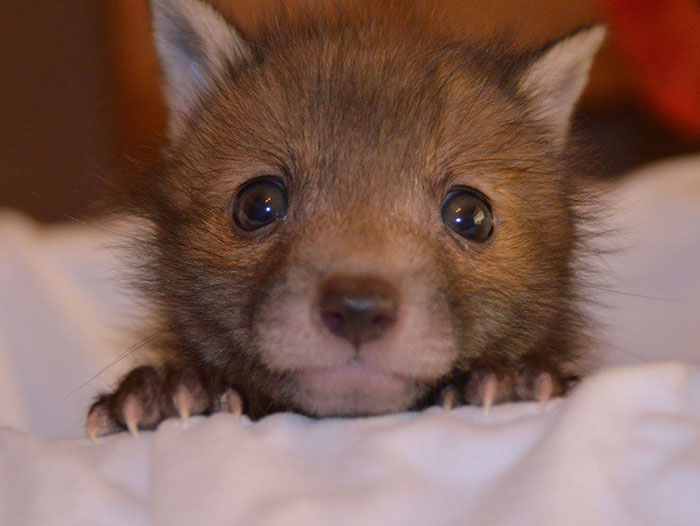 Just two weeks old when he was found, this little kit was taken in the National Fox Welfare Society, in cooperation with the RSPCA. 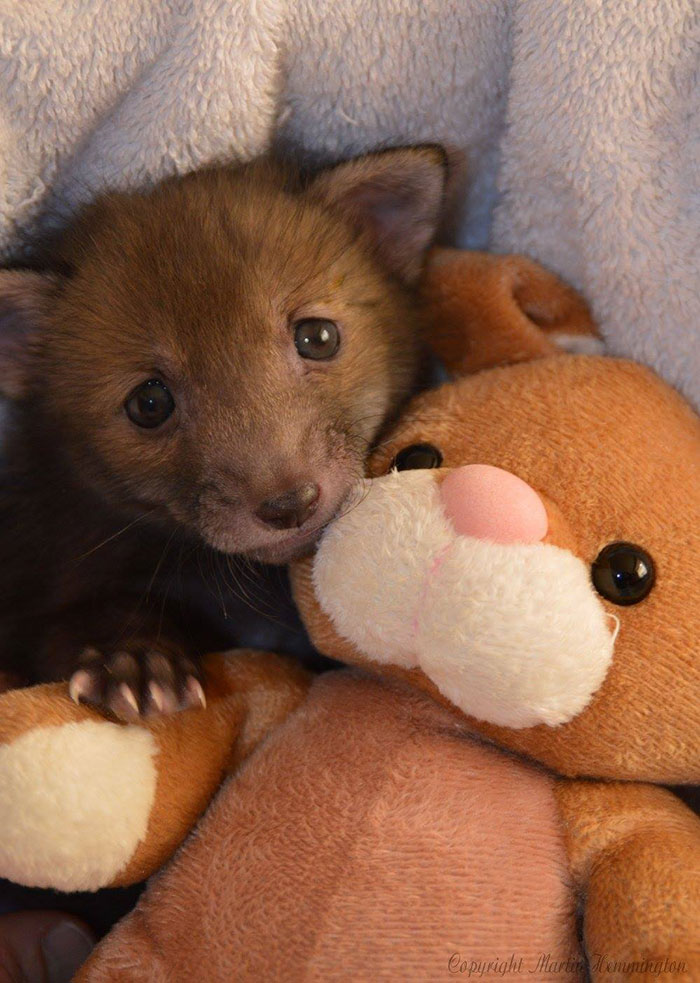 Puggle is presently being fostered by Carolyn and Shane; the plan is to release him into the wild once he’s a little bit older. 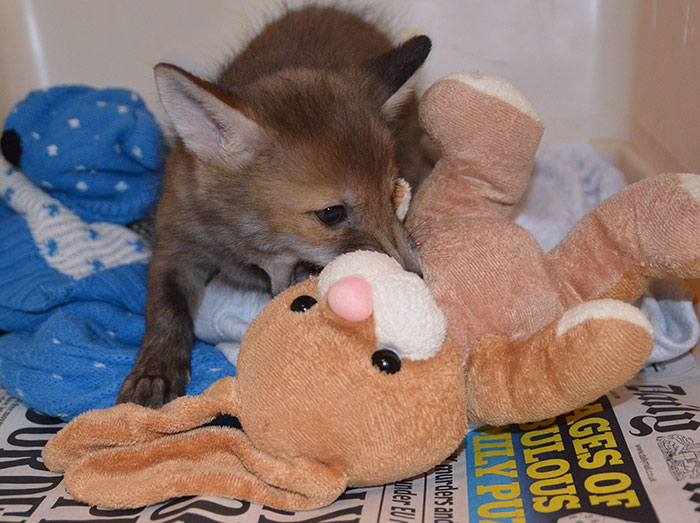