When someone spotted a box on the side of a road in London last week, they were alarmed when they thought they saw something moving around inside it. The Good Samaritan went to take a closer look — and was stunned to discover a rabbit hopping around inside the box, holding a teddy bear.

Shocked that someone could abandon such a sweet rabbit all alone in the cold, the Good Samaritan brought the rabbit home and then contacted the RSPCA for help. Lisa Miller, an animal collection officer with the RSPCA, drove out to the home as soon as she got the call to collect the poor rabbit, later named Nigel. 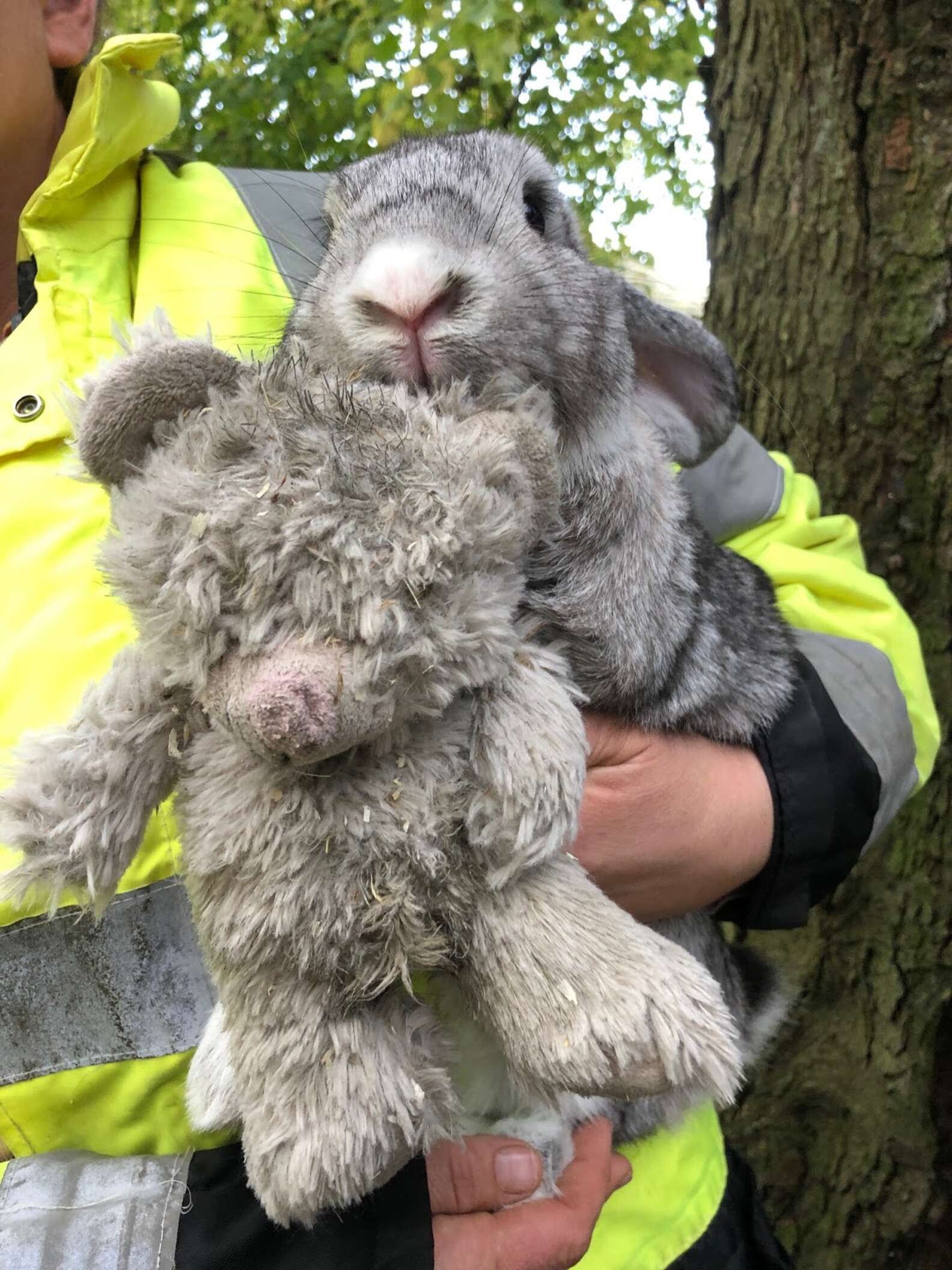 “He looked so sweet hopping around carrying his little teddy bear,” Miller said in a press release. “He’s clearly quite attached to the bear, so he must have been living in a home before this.”

Nigel was quickly checked out by a vet, but luckily, the rabbit seemed to be in great health, with no injuries or underlying conditions. No one knows exactly how long he was outside, but considering how cold it was and how he was completely exposed, everyone was pleasantly surprised that he was OK.

“No pet should be left out in the cold and vulnerable like this,” Miller said. “Nigel was very lucky that he was found when he was.” 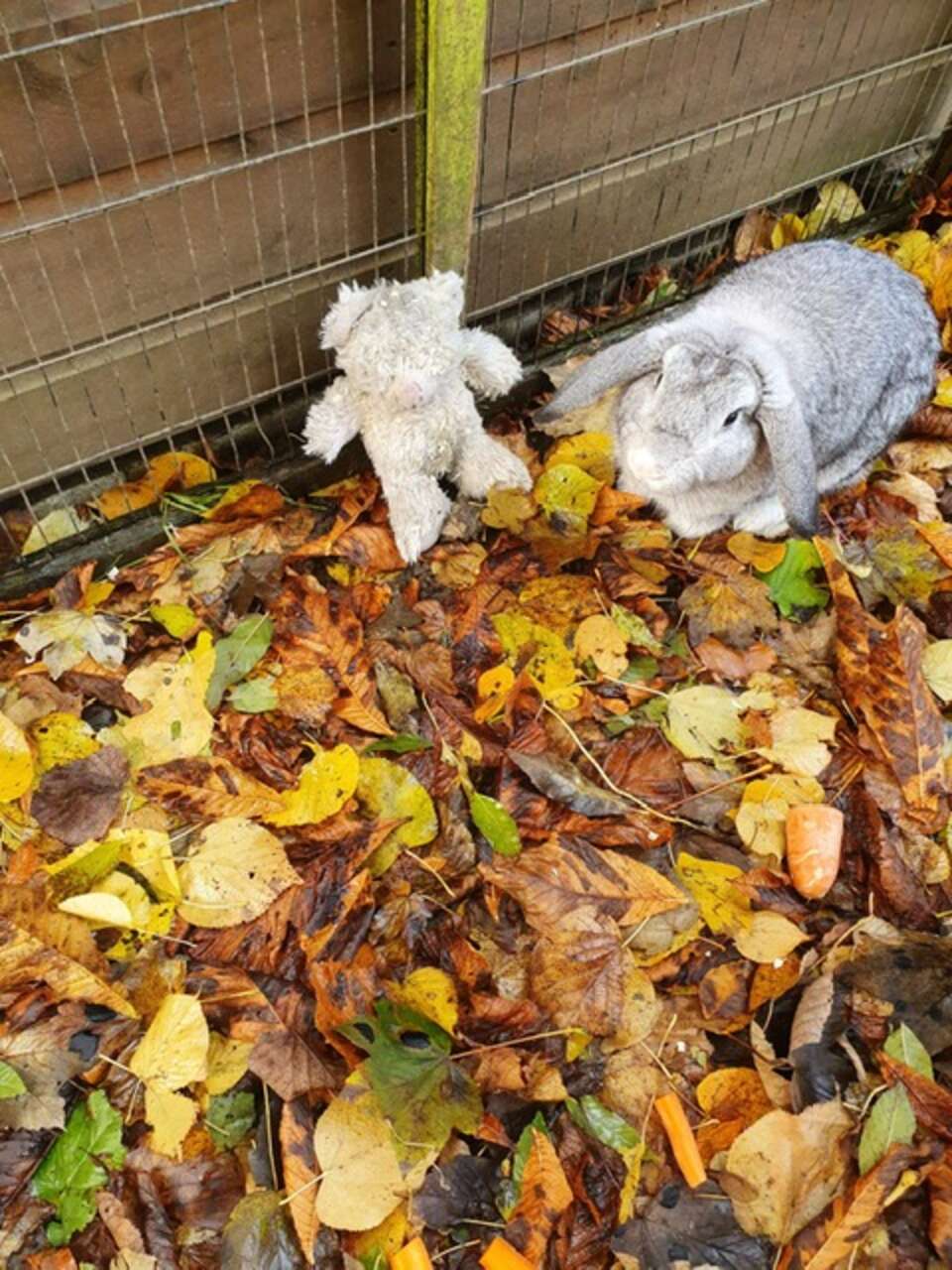 Nigel was taken in by an animal boarding facility in Kent, where he’s still settling in. He was understandably pretty scared when he was first rescued and confused after being abandoned — but luckily, his teddy bear has helped him stay calm and adapt to his new temporary home.

Nigel’s teddy bear is essentially a security blanket for him … 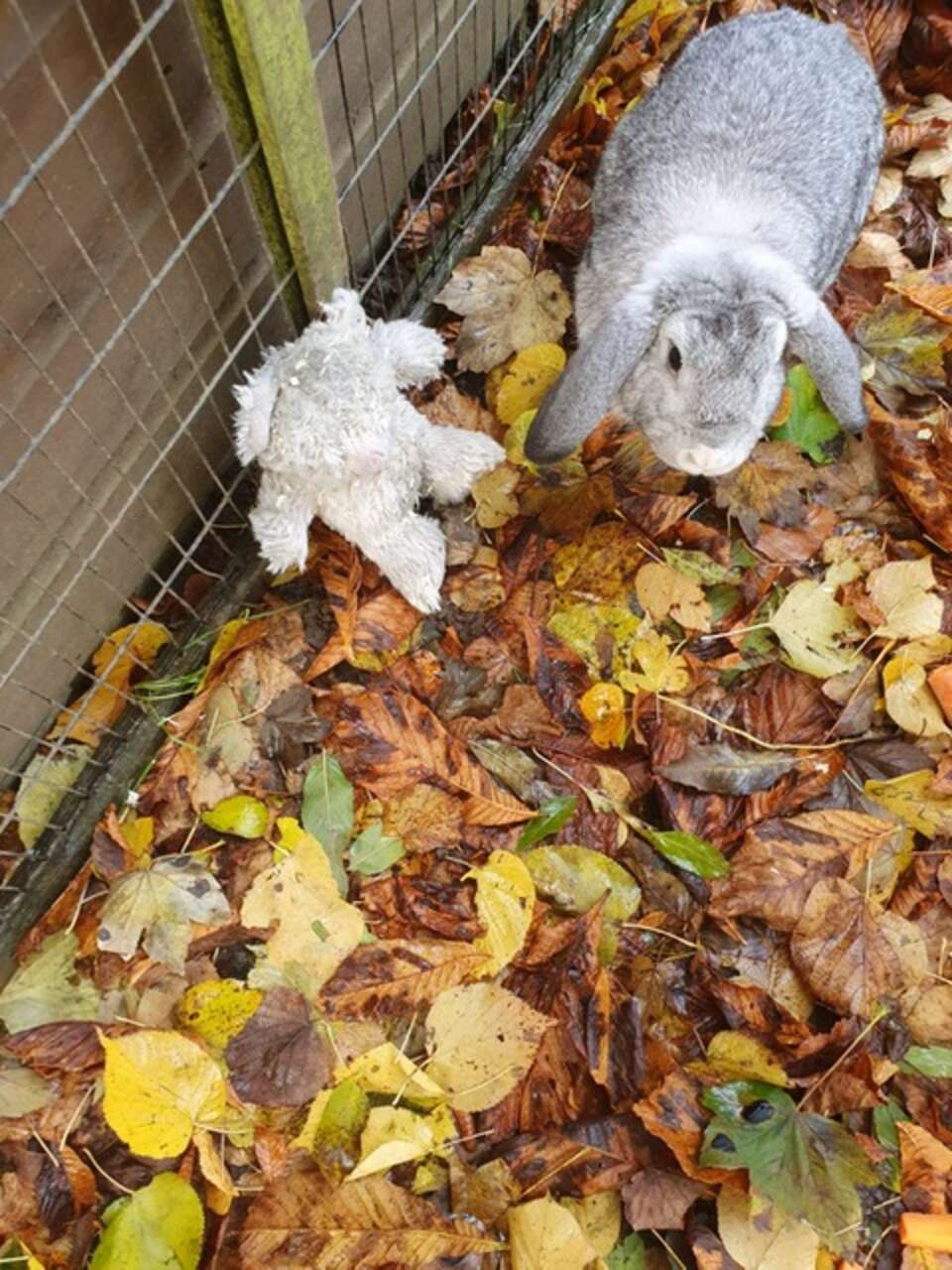 … and whenever he’s near it, he feels a little more at ease. 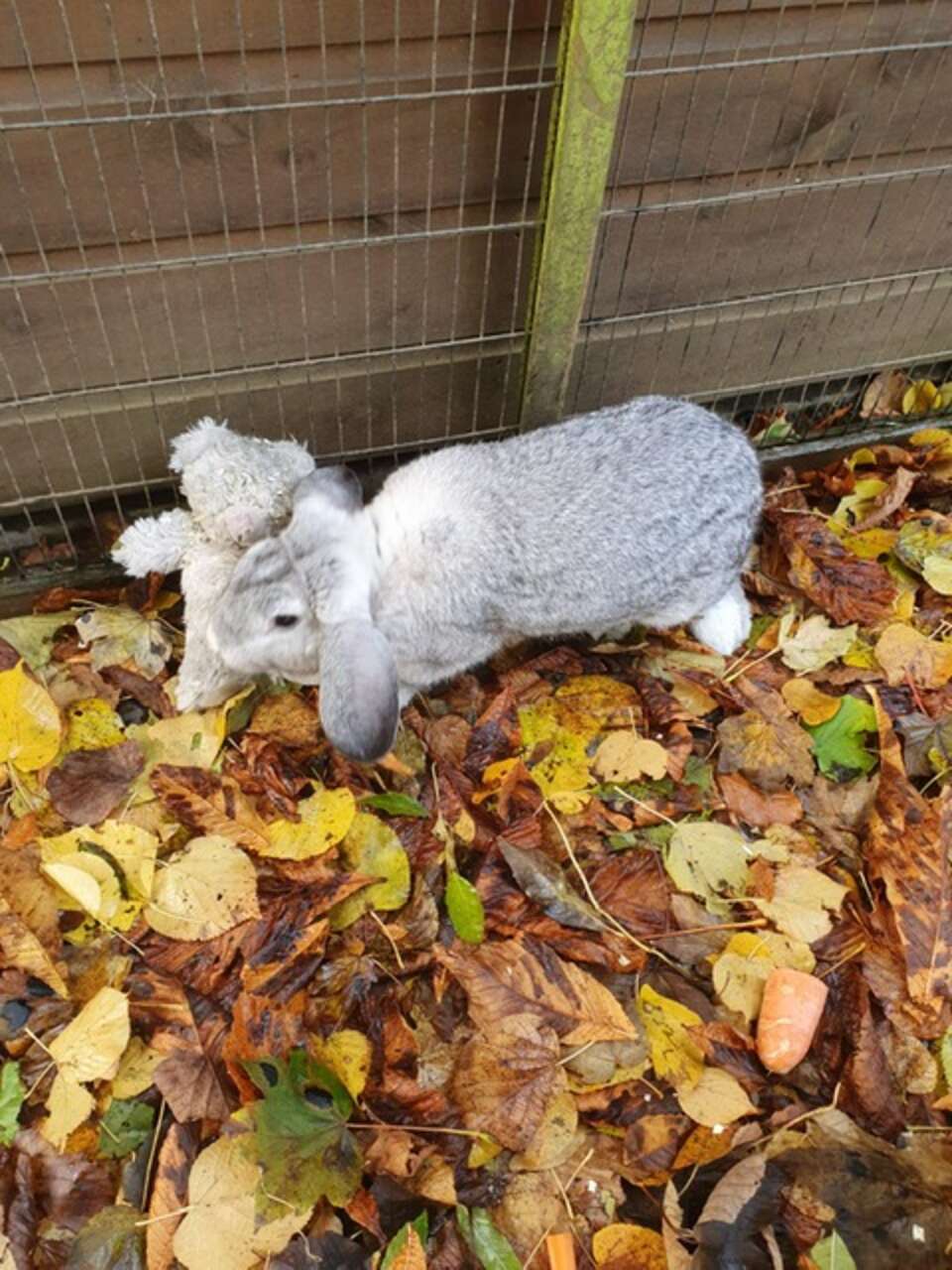 After everything he’s been through, Nigel’s rescuers are glad he has his teddy bear to help him cope. He’ll stay at the boarding facility until it’s time for him to go home with a forever family — and, of course, his beloved teddy bear will be going with him.