In early November, a family in Lake Tahoe, California, was going about their day when suddenly they heard some strange, loud noises coming from the crawl space below their house. After listening closely and looking around outside, they determined there was a very, very large animal under there — most likely a bear.

It seemed that one of the local bears had been looking for a nice place to sleep for the winter, and when the family accidentally left the door to their crawl space unlocked, he took it as an invitation and decided to settle in. Wanting to help, the couple quickly contacted BEAR League, a group who handles this kind of situation all the time.

“Crawl spaces are perfect because they’re cave-like,” Ann Bryant, executive director of BEAR League, told The Dodo. “They’re dark, they’re quiet, they’re dry, they’re safe — they’re just absolutely perfect, so if a bear finds an opening, they go in and go, ‘Oh wow, this is great!’ In the winter we deal with it pretty much every day.” 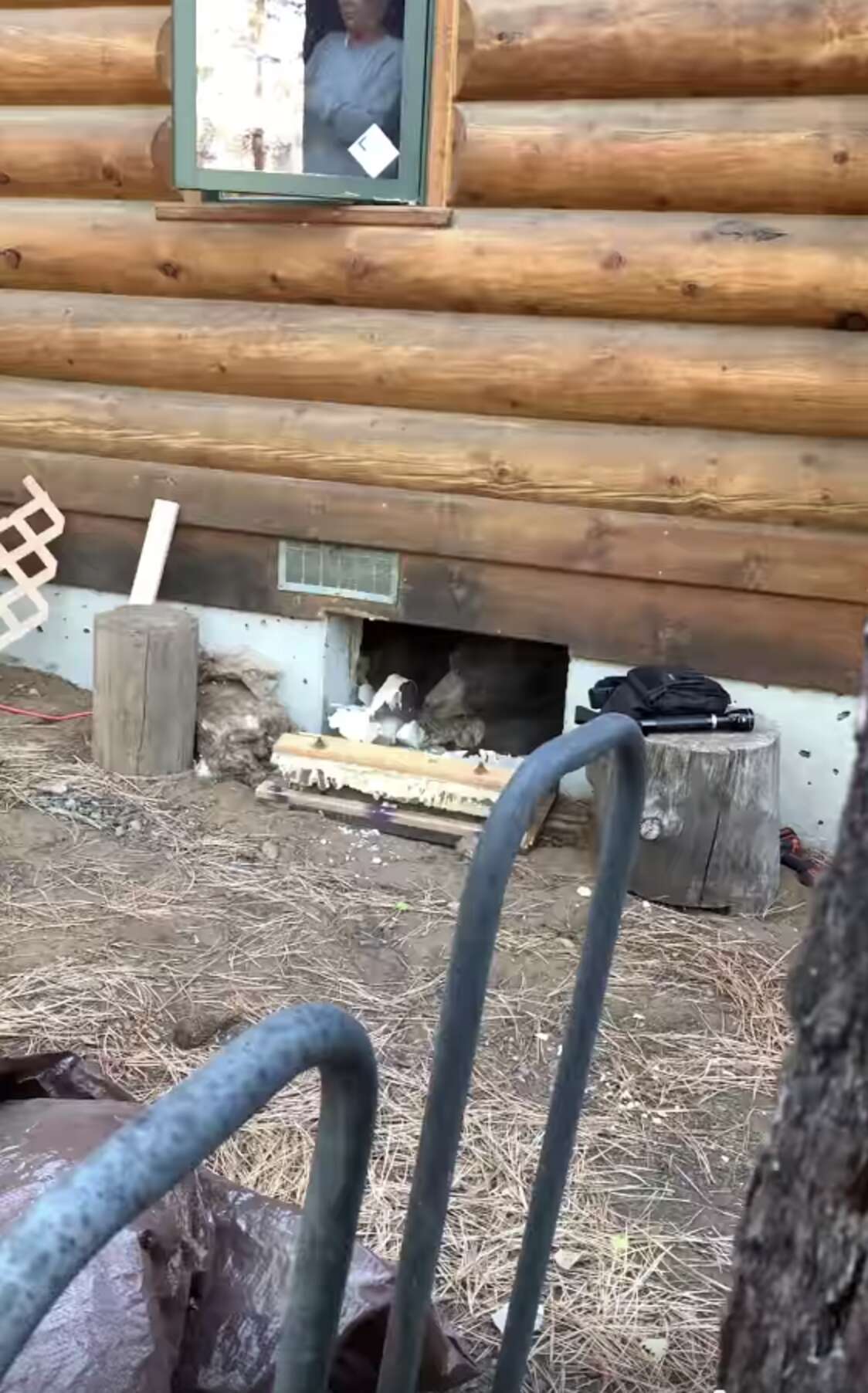 Bryant promised the couple she would head out there the next day and help move the bear to a different spot, but as the day went on, the couple stopped hearing sounds — so, thinking the bear had moved on, the husband closed the door to the crawl space.

As it turned out, though, the bear was still there.

“During the night he [the husband] heard him and he was horrified because he realized, ‘Oh no, I locked him in there,’” Bryant said.

The family felt so bad that they had accidentally trapped the bear under their house, and Bryant came first thing the next day to help get him out again. 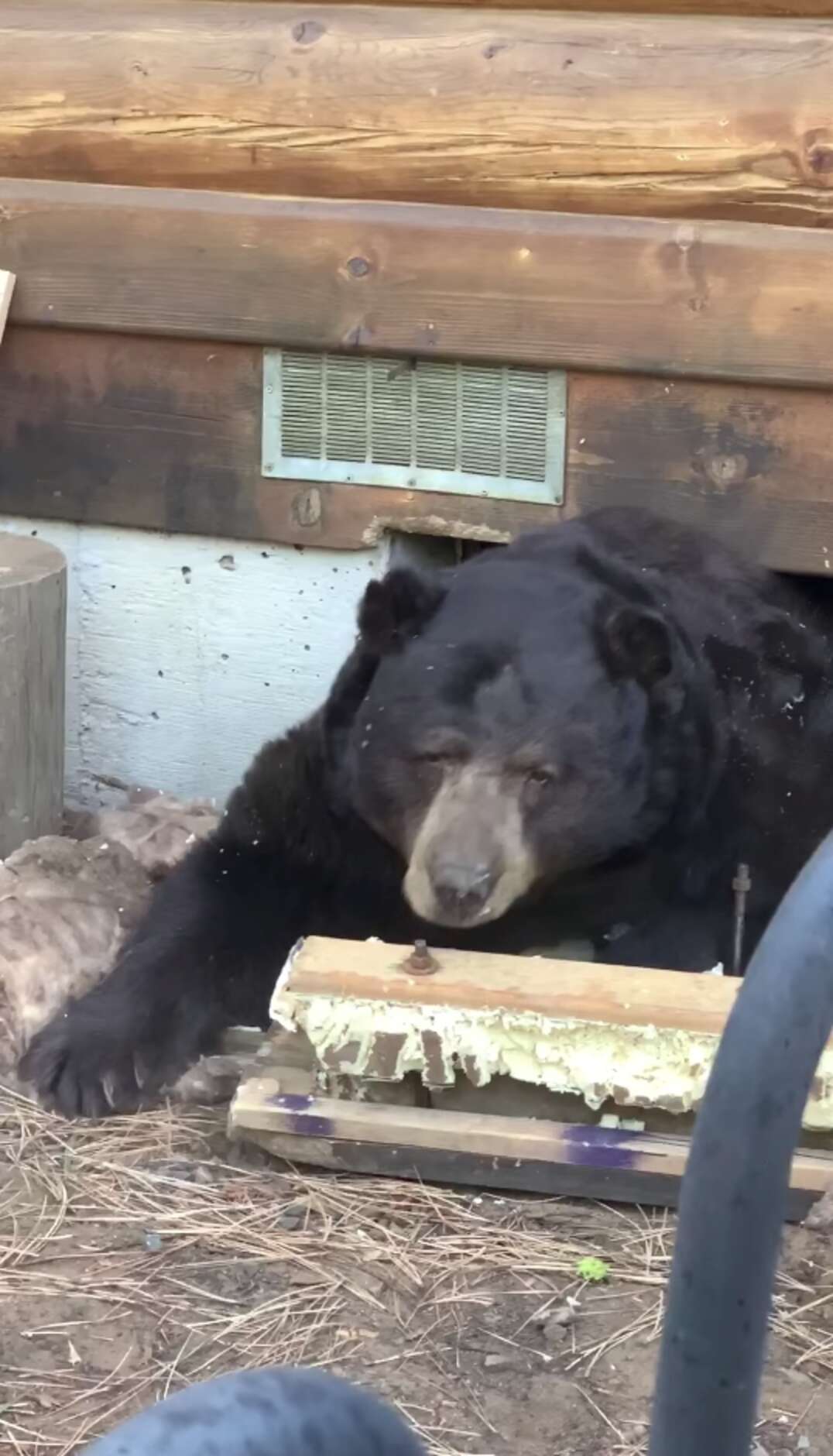 “The people were just wonderful, they were so sweet,” Bryant said. “They didn’t want anything bad to happen to the bear, they were worried about him and they felt so bad for locking him under there.”

Luckily, Bryant deals with these situations every day, and knew exactly what to do. She found another entrance to the crawl space and managed to get herself behind the bear where he couldn’t see her, and used a special tool to make loud noises to try and scare the bear out of the crawl space. She told the wife to watch from the window and holler when the bear came out — but for some reason, the bear never did.

After a while, Bryant went outside to figure out why he hadn’t come out yet — and that’s exactly the moment the bear decided it was time to leave.

“He poked his head out and I said, ‘He’s coming out!’ I backed out enough so the bear wasn’t afraid of me,” Bryant said. “He stood there first wondering, ‘What do I do, what do I do?’ And then he ran!”

Everyone watched in awe as the huge bear went dashing past them, on his way to find a less crowded place to sleep for the winter. Bryant recognized the bear immediately, as he’s one BEAR League has known for years, and was thrilled she was able to help him on his journey.

“We’ve known him for a really long time,” Bryant said. “He loves the local Mexican restaurants — he gets into their dumpsters.” 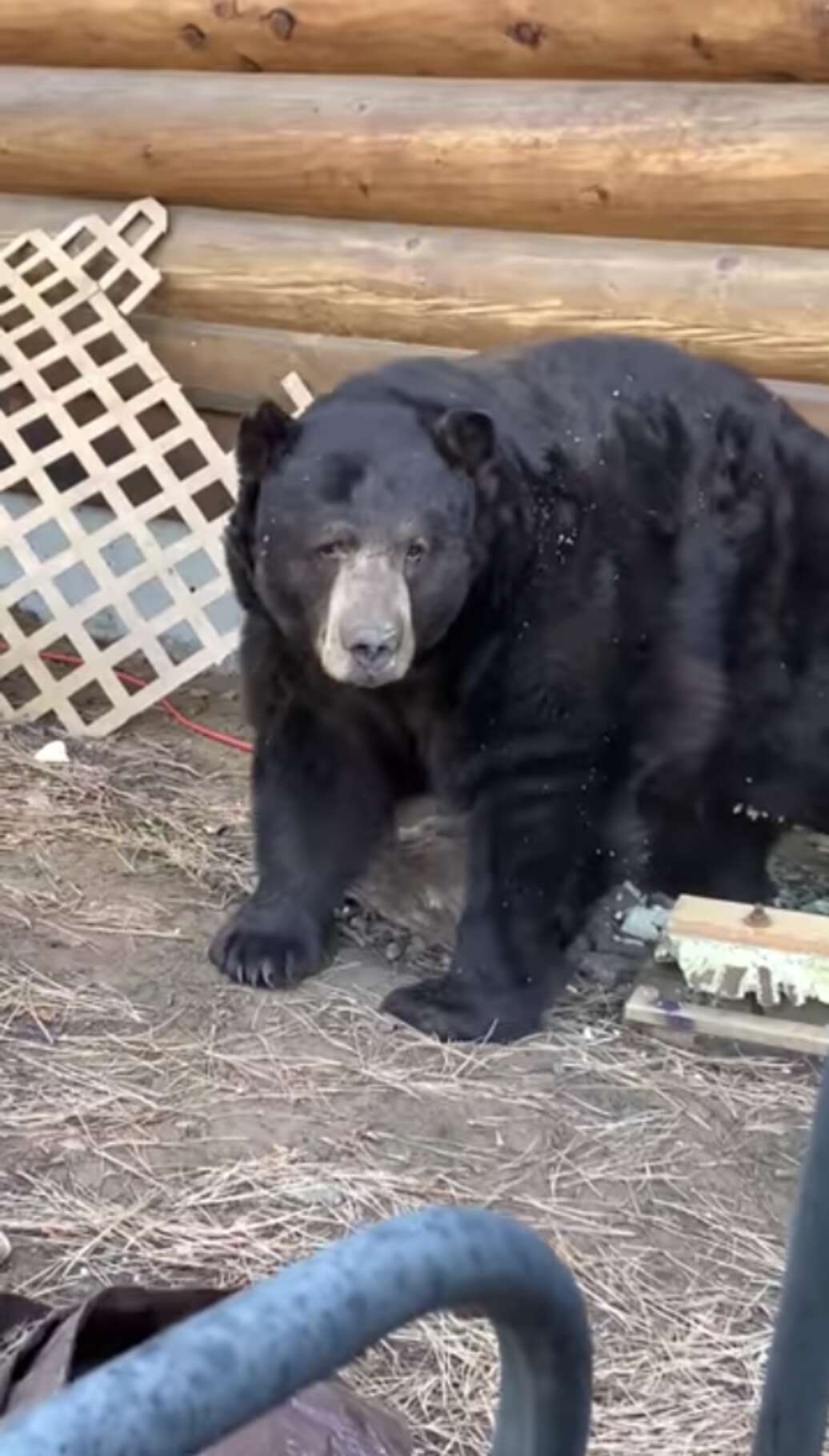 Lake Tahoe has many bears living in the area, and in the wintertime, they’re all looking for safe places to sleep. It’s very important to make sure crawl spaces and other areas a bear could be interested in are sealed up tight; otherwise, they’ll absolutely make themselves at home.

“They’ll rearrange things because they’re so big,” Bryant said. “They don’t mean to, but they can cause damage.”

Luckily, BEAR League is always more than happy to help get the bears safely out of places they aren’t supposed to be, and reminds people there’s no reason to be scared of them. They never mean any harm — they’re just looking for warm places to nap!