A little kitten runs up to the camper where a couple is relaxing on the beach and becomes a part of the journey.

A couple on a journey to various towns and locations in Greece had a pleasant surprise when a kitten ran up to them and offered to be their new adventure companion.

Claire and Derek are a married couple that tour the world in their motorhome, and they were in Greece this time.

They had an unexpected guest one day while enjoying the sunset on the beach: a tiny cat who was meowing for food.

Kitten runs up and asks for help. “About ten days ago, we were parked on a beach near Evia when this small kitty approached us. There were no other visitors in the area, and the lone native was an elderly gentleman out for a walk.”

The kitty had apparently approached the elderly guy and asked him for food, so he gave him some sandwiches. The gentleman claimed that he did not believe the small cat had a home because most of the properties were empty vacation homes. 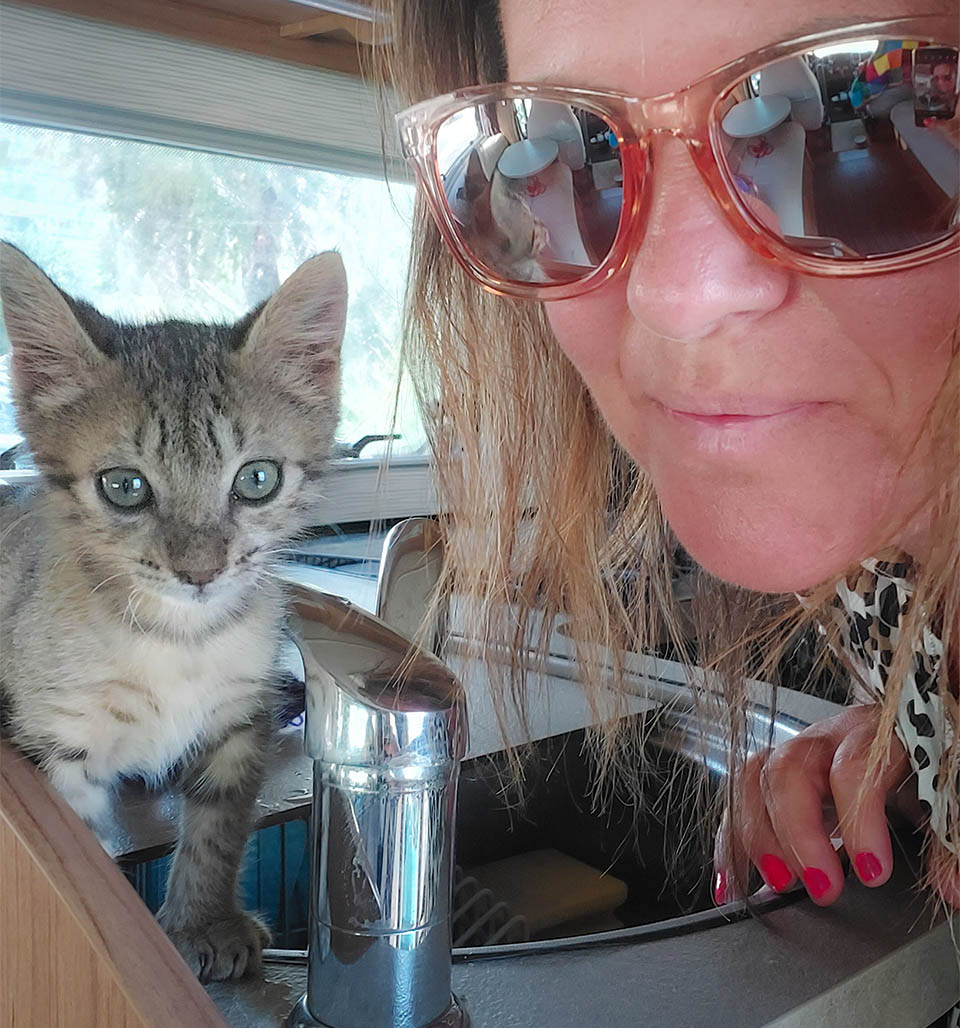 They discovered that no one was missing a cat in his residence and that he was a bit homeless after asking numerous individuals.

“It was clear to us that the kitten had been abandoned on the shore and that it would not be able to survive another 24 hours without food, water, or shelter.”

With the passage of time, the small kitten began to play with Claire’s feet and competed for her attention with a barrage of loving licks and caresses. 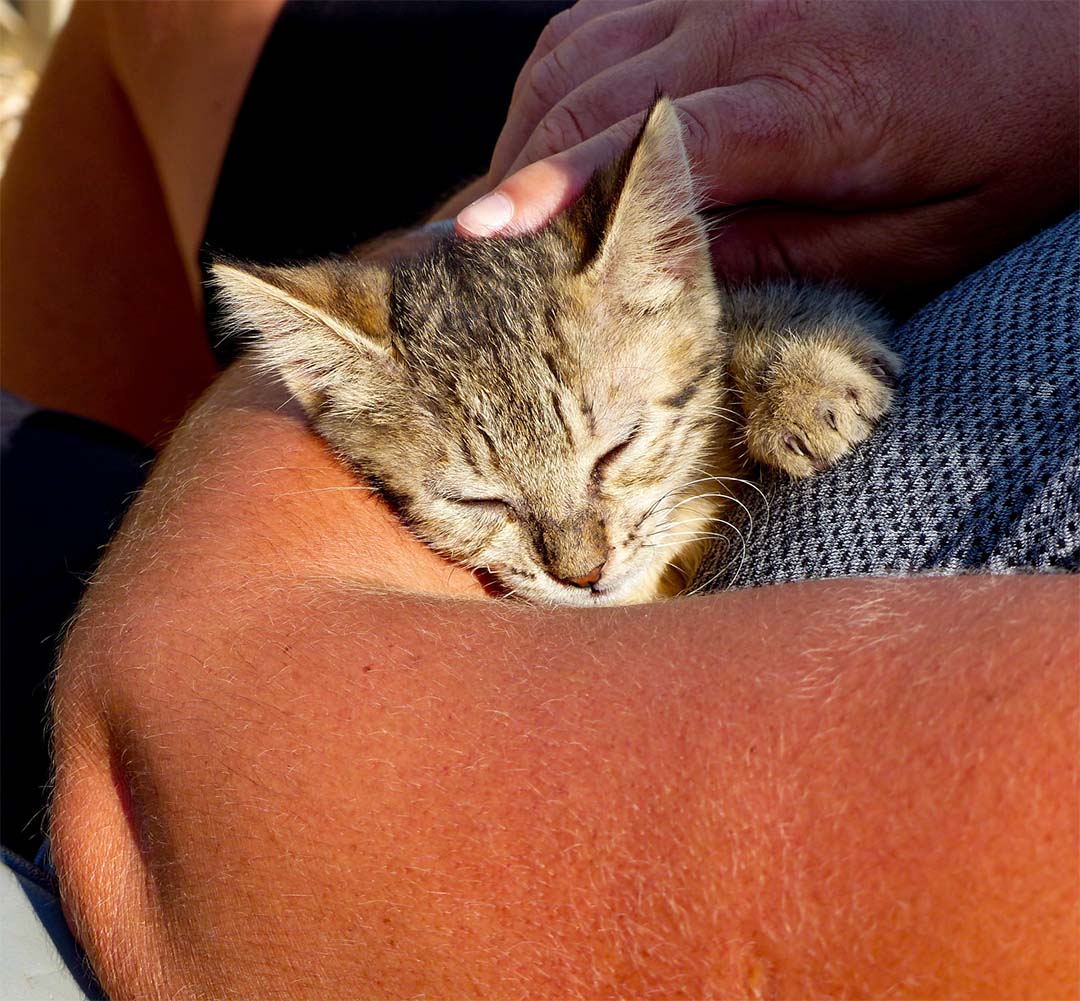 Claire’s lovely kitty fell asleep in her arms in minutes and was brought to the car to rest. The pair stayed another day at the location in the hopes that someone would claim it, but no one did. 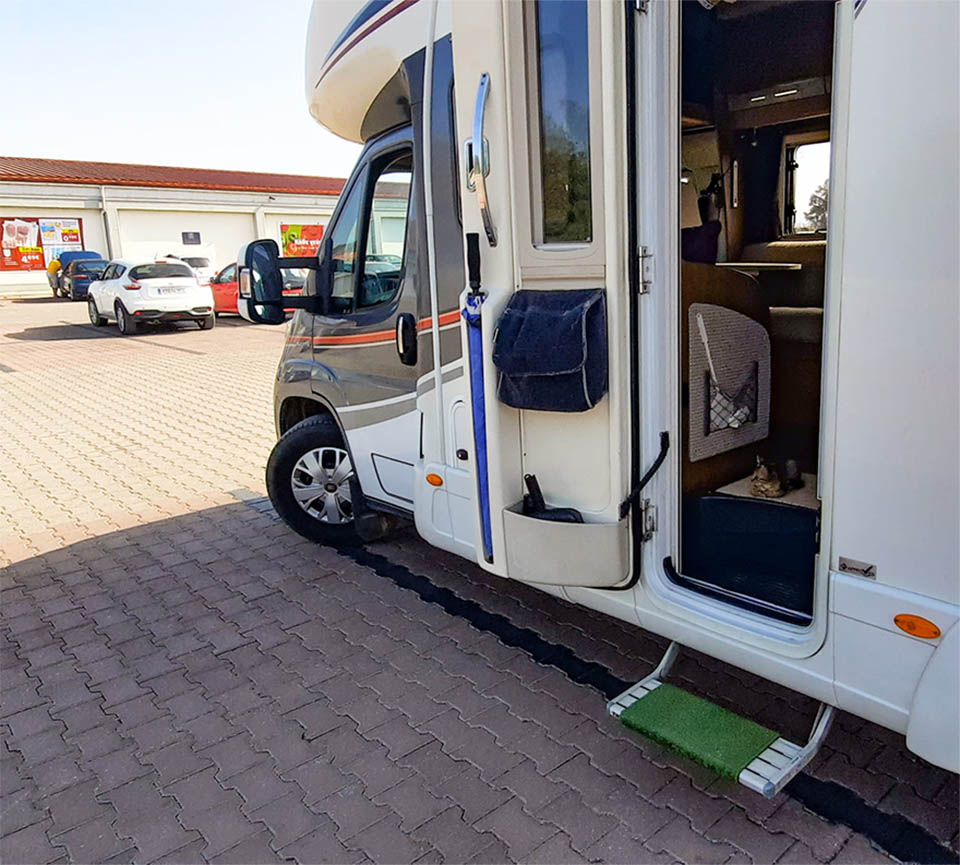 Meanwhile, the friendly feline was at ease in the vehicle and soon adopted the position of truck safety cat.

“We couldn’t put him down since he was so little and hungry. As a result, we decided to take it with us on our journey. ‘We name him Vangelis, which means Archangel in Greek.” Vangelis became the couple’s new traveling companion from that point forward, proving to be an outstanding traveler. He is a great passenger who is unaffected by strong engine noises, extended driving, and traffic noises.

The cute kitty has also won the hearts of many people he encounters on his travels, as he provides joy to everyone he meets. A Greek lady who saw the kitten recently fell in love with him and decided to reach out and provide him cat food and treats.

“This is what we’ve seen in Greece wherever we’ve gone. These random acts of compassion from strangers never cease to amaze me.”

Vangelis has become a seasoned traveler, resting quietly virtually every time he travels with his people and maintaining his voracious hunger. 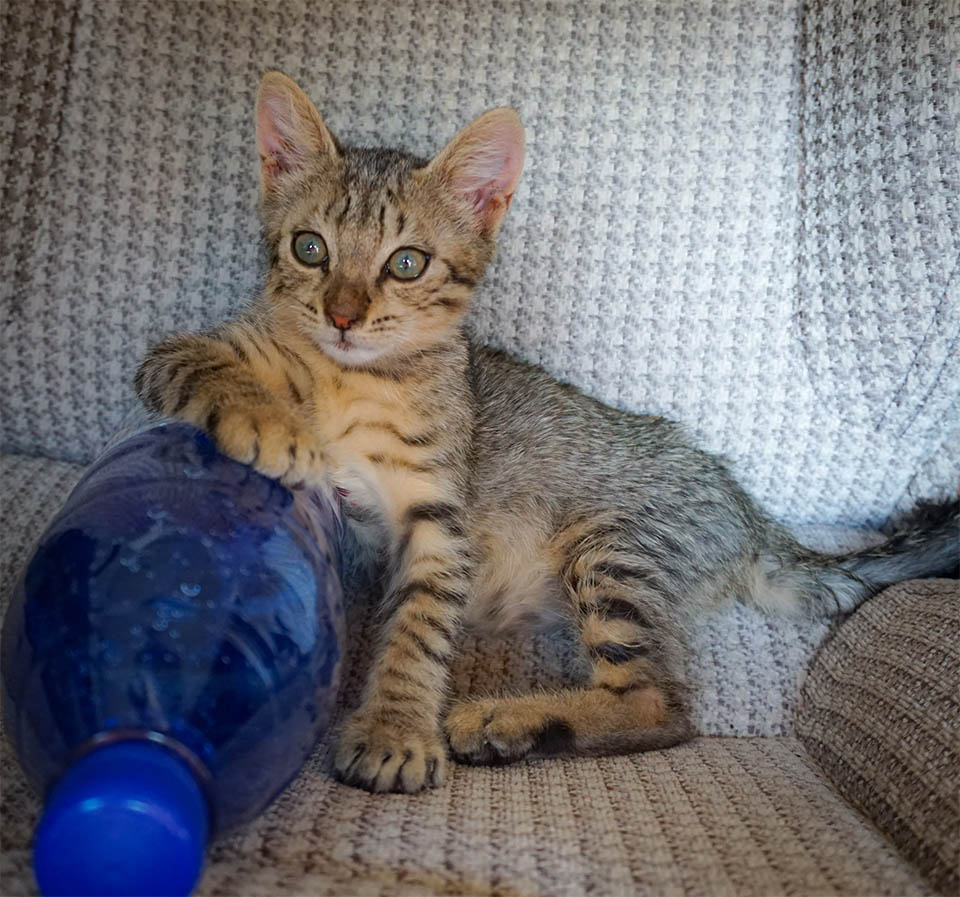 There’s little doubt that the kitten is enjoying his new life, especially now that he won’t have to search for food on the streets.

He now has two kind parents who look after him in every way and will provide him home for the rest of his life.