“We weren’t sure if Meredith or her siblings were going to make it,” Gianna Cirucci, co-founder of Foster the Furbabies, told reporters. “Fortunately, they all flourished while in our care, although Meredith had a difficult time.” 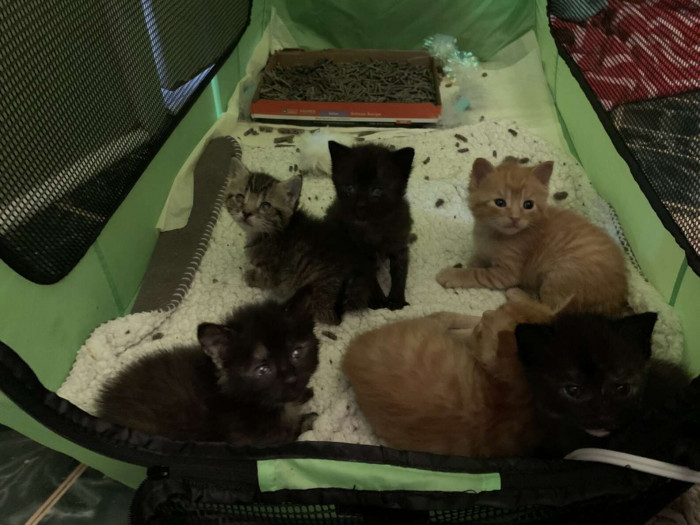 Meredith’s siblings recovered quickly, but she had to deal with vision issues for a time. She suffered a variety of illnesses that necessitated several trips to the veterinarian.

But, owing to the love and care she received, she regained her health and was approved for adoption. Her foster parents were overjoyed with her progress but saddened by the fact that she would soon be placed in a new family.

Cirucci said, “She is one of the very first cats we had saved since we started our rescue, and she’ll always be one of our favorites.” 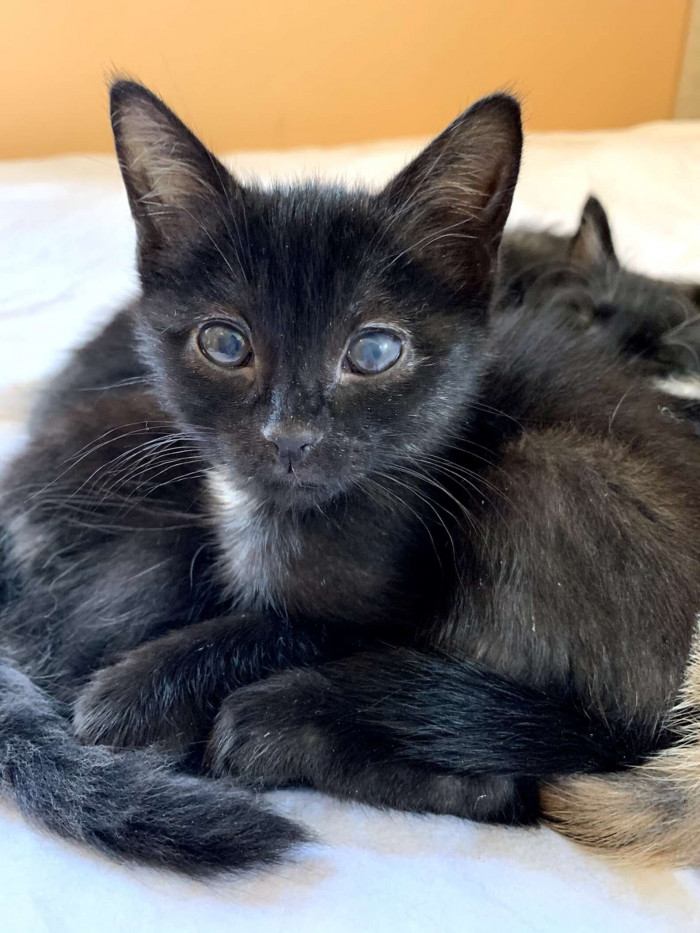 Her foster parents wanted to do something special for her after everything she had been through. As a result, they went to Starbucks for a Puppuccino. Meredith is a foodie, so they figured she’d like the gift.

“When it came to eating, she is completely insane,” Cirucci says. “She would devour whatever she could get her hands on. If she caught a whiff of whatever I was eating, she would crawl up my body and try to eat it out of my mouth or land face-first on my plate. This female, despite being the runt of the litter, had a huge appetite.” 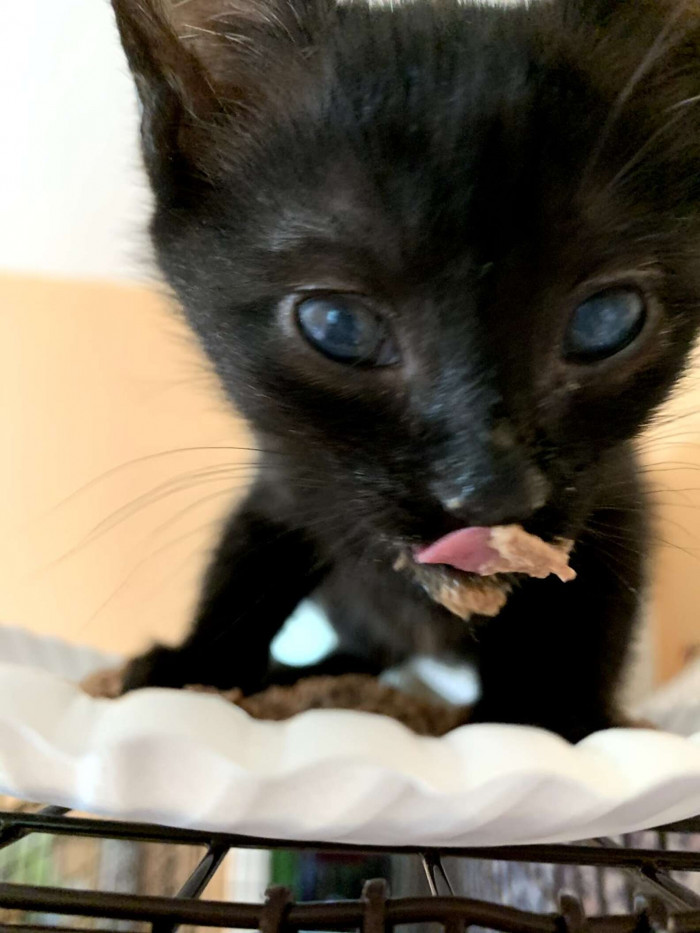 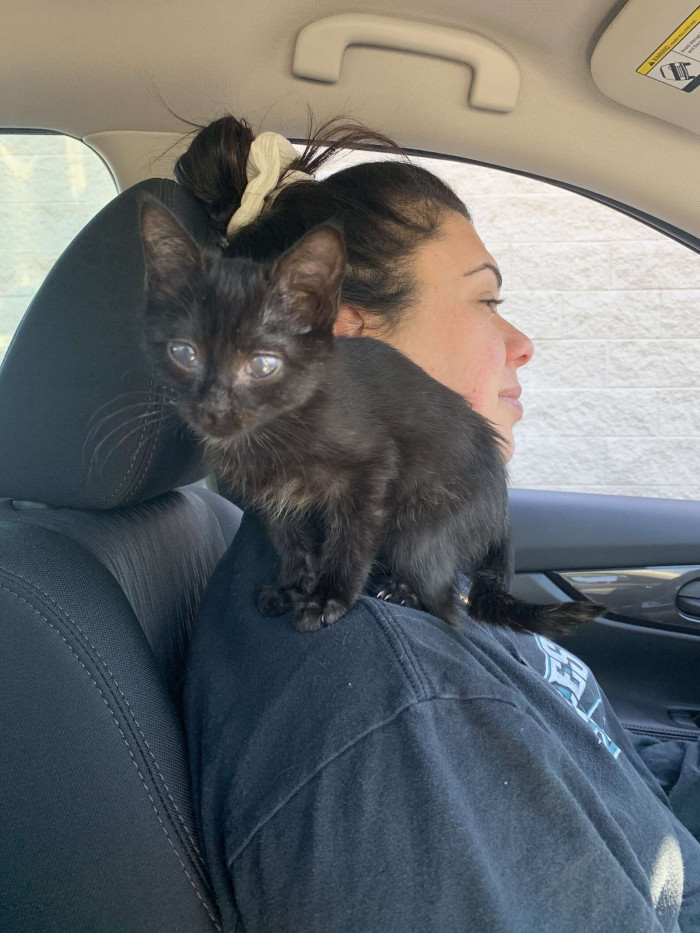 Meredith was ecstatic and couldn’t get enough of it. Even the drive-through employees were giggling since her face was completely coated in whipped cream. 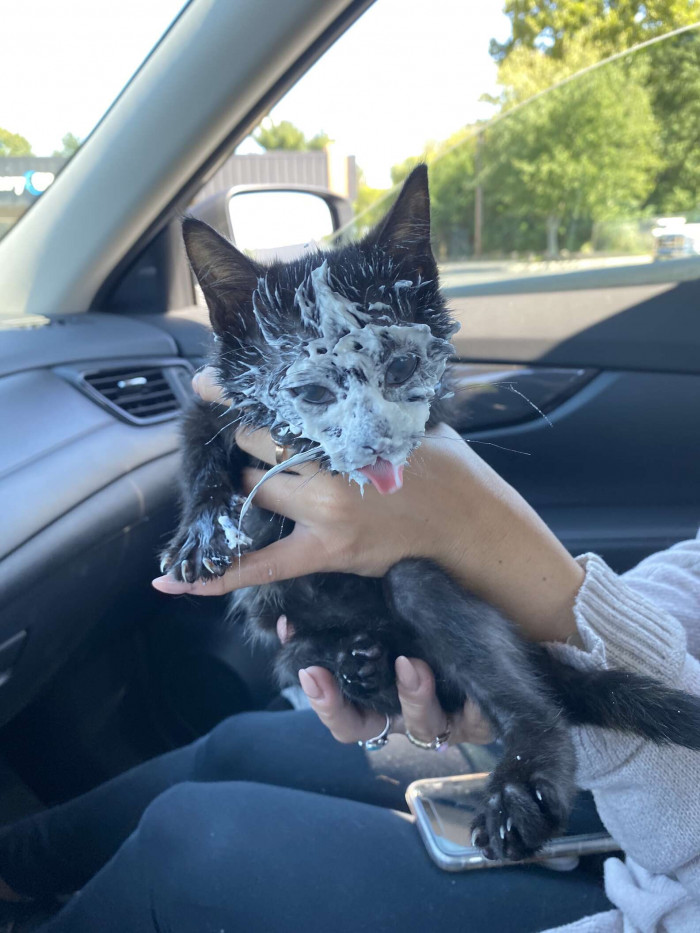 “We cleaned her up right after since more of the pup cup got on her face than in her mouth, but she clearly had a nice time and appreciated her treat,” Cirucci adds. “She kept trying to bring the cup back to her face and was so angry when we wouldn’t let her have anymore.” 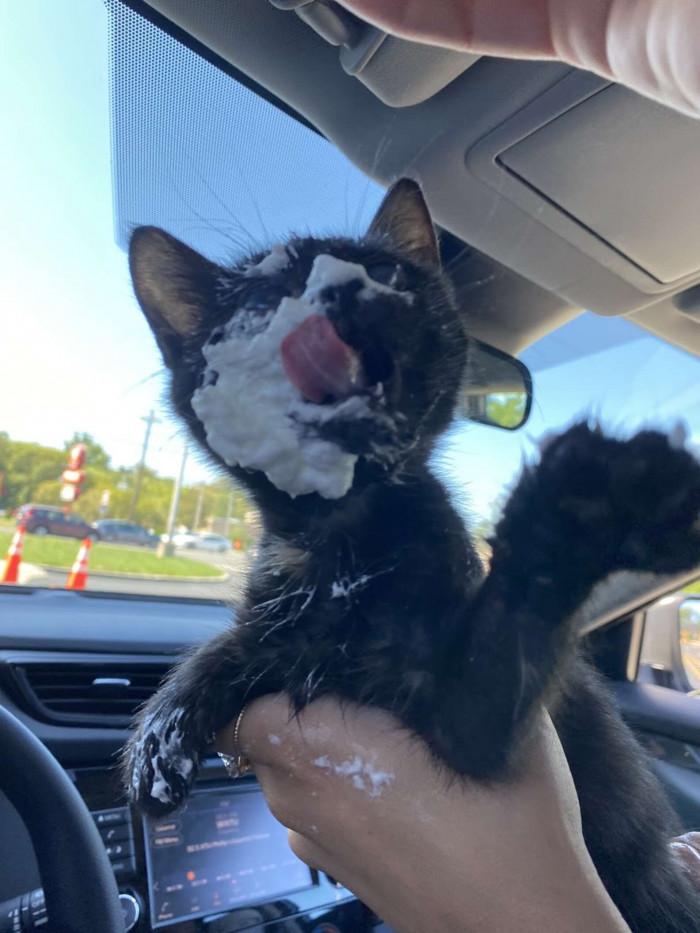 They decided to post the video, and it became viral almost immediately. Some individuals were hesitant to feed dairy to a kitten. Meredith’s foster parents reassured them, stating that they had done their homework and that giving dairy to a cat on occasion is absolutely OK.

Meredith was adopted only a few days after this sweet episode aired. She’s thriving in her new home, yet she’s still food-obsessed. Her rescuers are disappointed that their favorite renter has moved out, but they have the video to remember her by.