Toe beans. Every dog has them, and they are just adorable! They even have their own hashtag on Instagram.

But interestingly enough, a few keen observers have taken note that there is a very striking resemblance between doggie toe beans and the face of another adorable creature: the koala bear.

First brought to the internet’s attention by Twitter user @41Strange, the incredible series of paws have now gone viral.

And trust me, once you see it you can’t un-see it. Big pad of the dog paw perfectly resembles the face of a koala – complete with the rounded ears. And the four other pads look like the koala is hugging a tree.

The internet has been losing its mind with plenty of people commenting their opinions and thoughts. 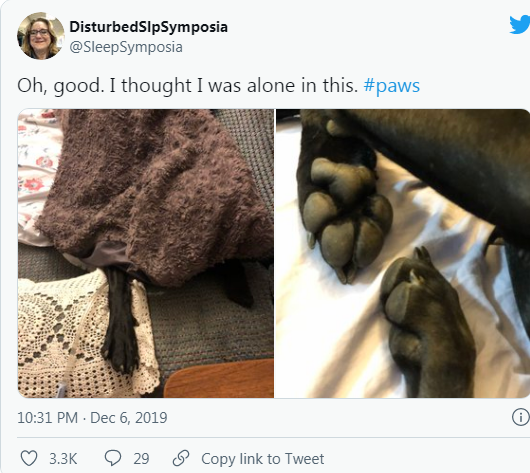 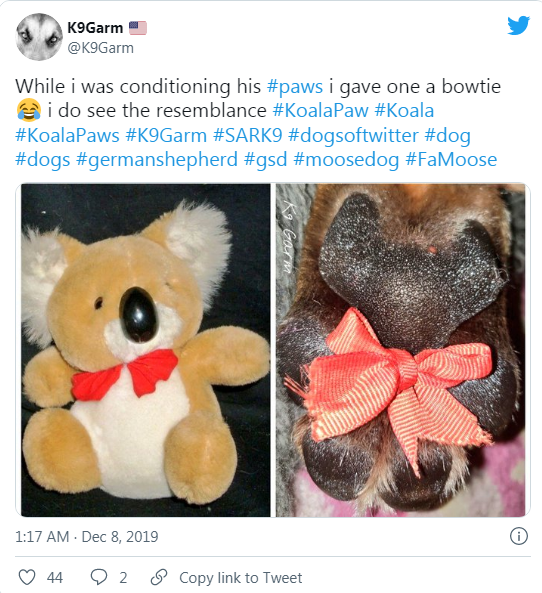 One person wrote, “Dog paws have tiny koalas. Who knew?!”

While another added, “Ours looks like a koala teddy wrapped in fluff!” 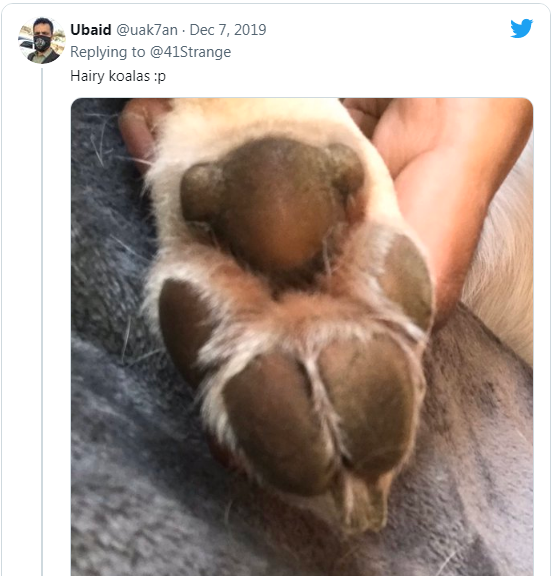 And even more, people have added on their own interpretations of what kind of creatures the doggie feet resemble, saying everything from Ewoks, to teddy bears to Baby Simba from “The Lion King.”