Arlo was rescued by his family when he was around a year old, and he still has the exuberance of a puppy to this day.

Arlo’s mother, Bryce LaDuc, told The Dodo, “He was tethered to a doghouse for the whole first year of his life and now he is still making up for lost puppyhood time by being the most charismatic youngster around.” 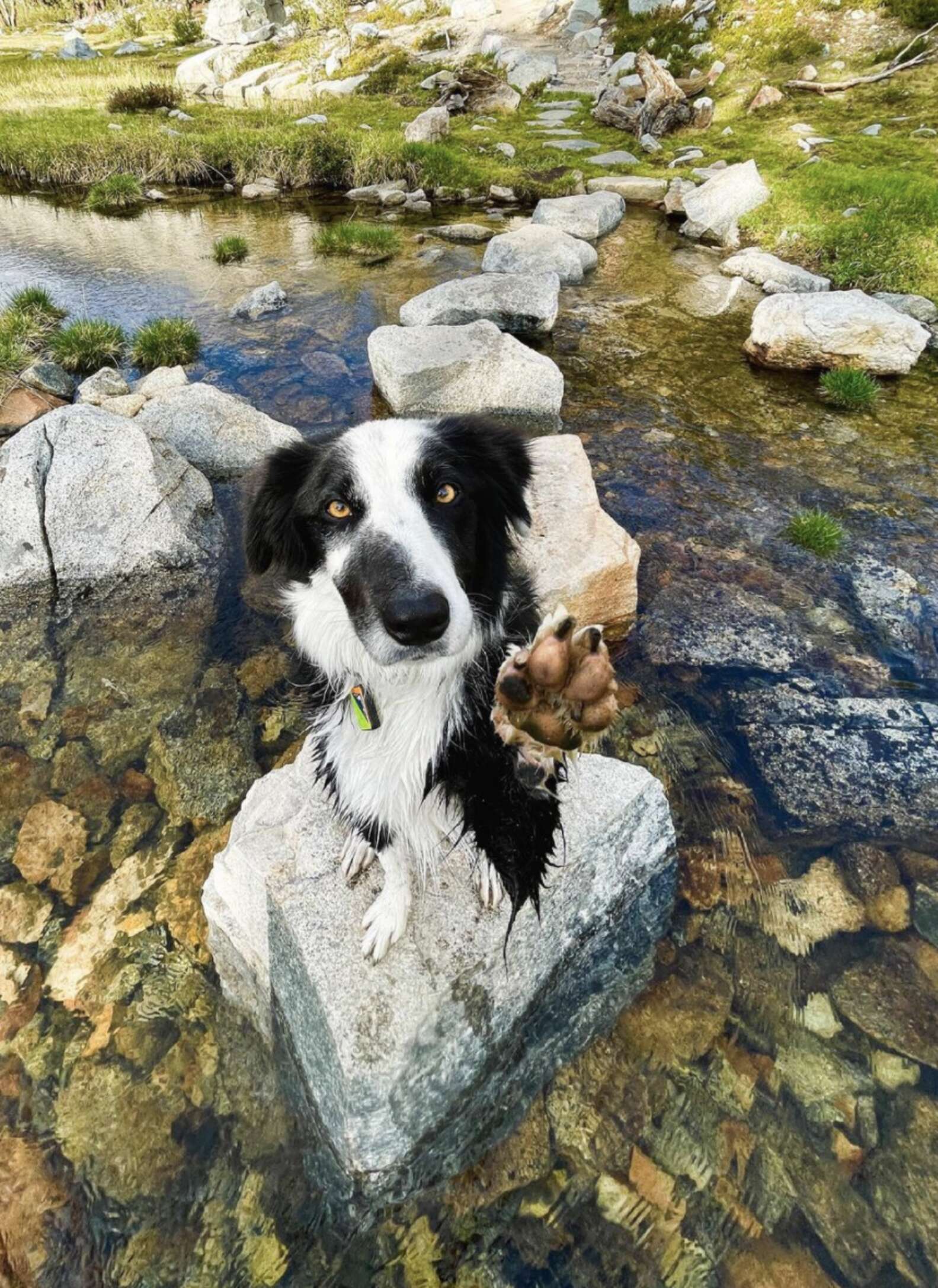 Going on adventures with his family is Arlo’s absolute favorite thing in the world. He enjoys hiking, swimming, and simply exploring the globe whenever he can, and he has a habit of putting himself into some ridiculous situations while doing so.

LaDuc stated, “He marches to the beat of his own drum and is always up to some type of humorous nonsense.” 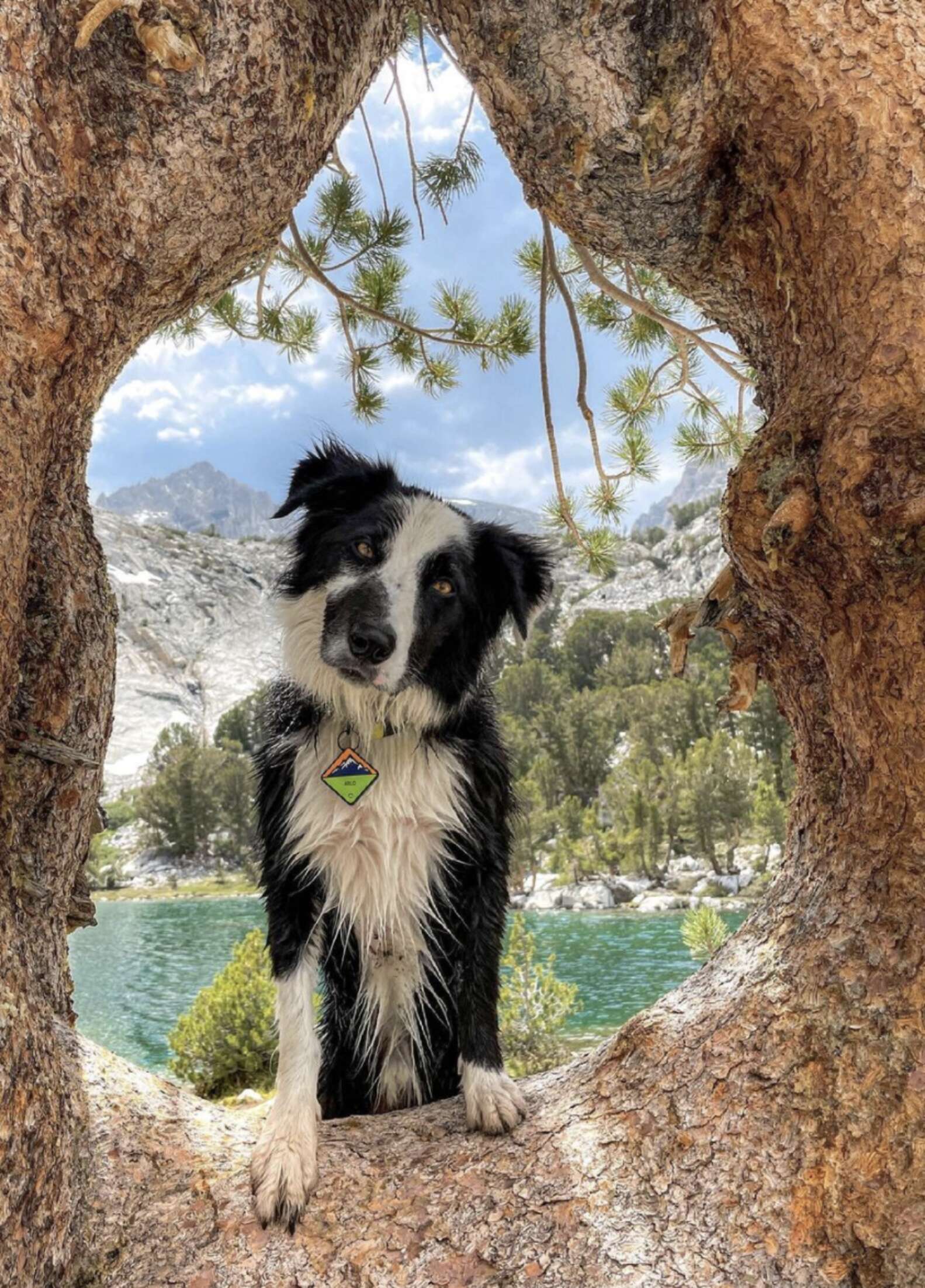 Arlo and his family were out exploring when they stumbled across a tree with a massive hole in it. They were staring down the hole, attempting to get a better look inside, when Arlo decided he had to get in on the action. 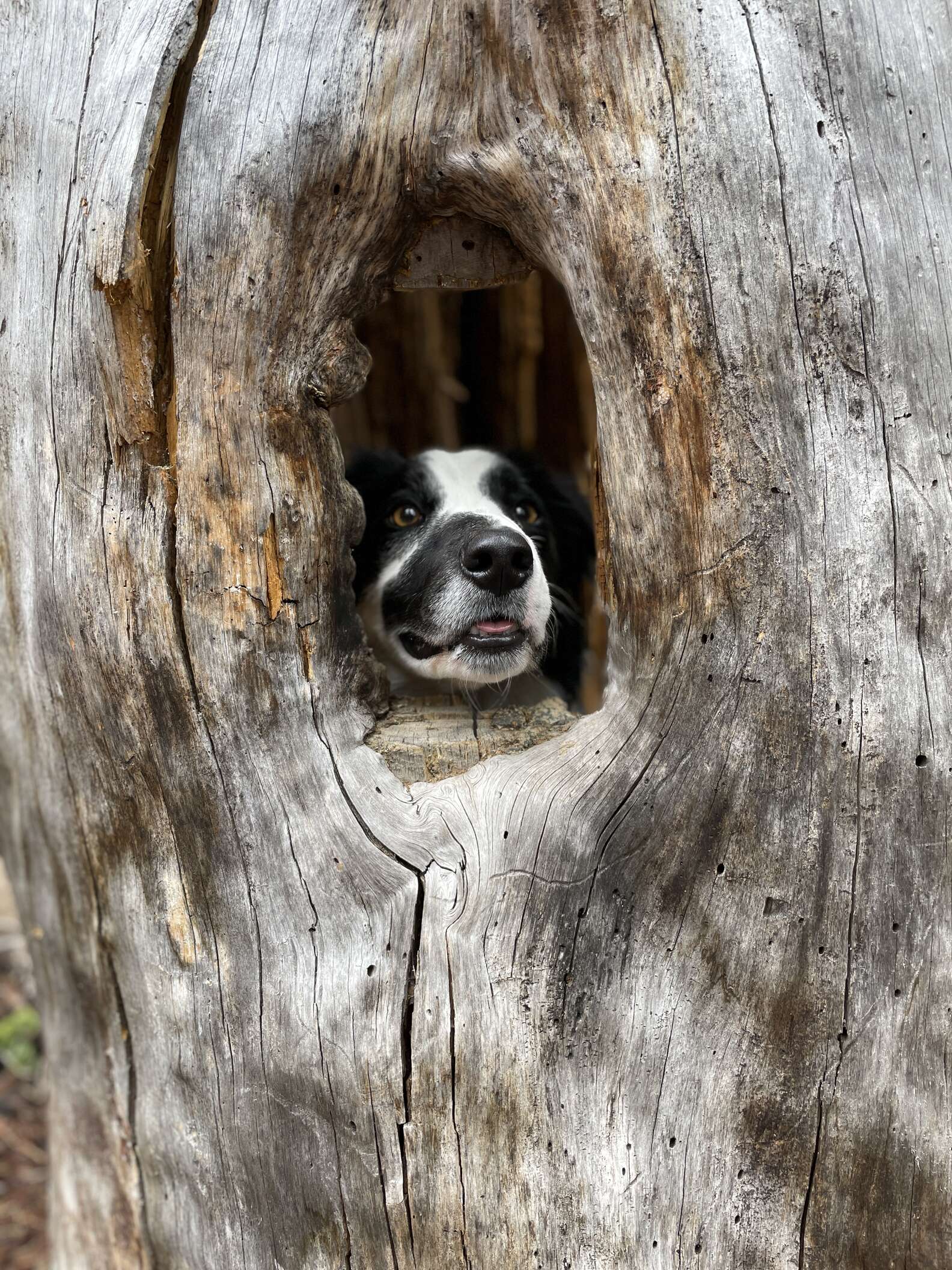 Without hesitation, he suddenly jumped up — and climbed right into the hole! 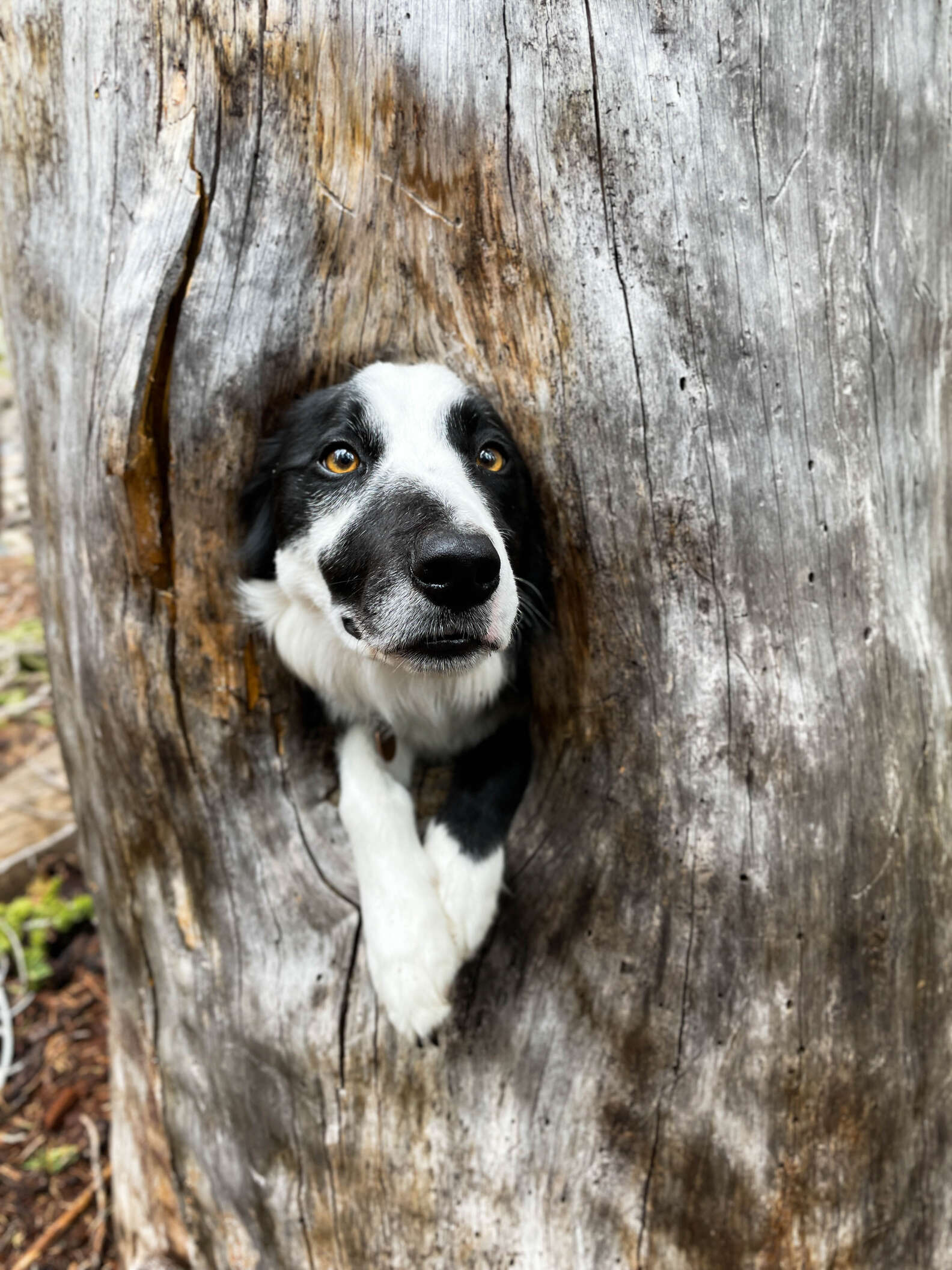 “We didn’t prompt him — he just wanted to see what we were looking at in there,” LaDuc said. 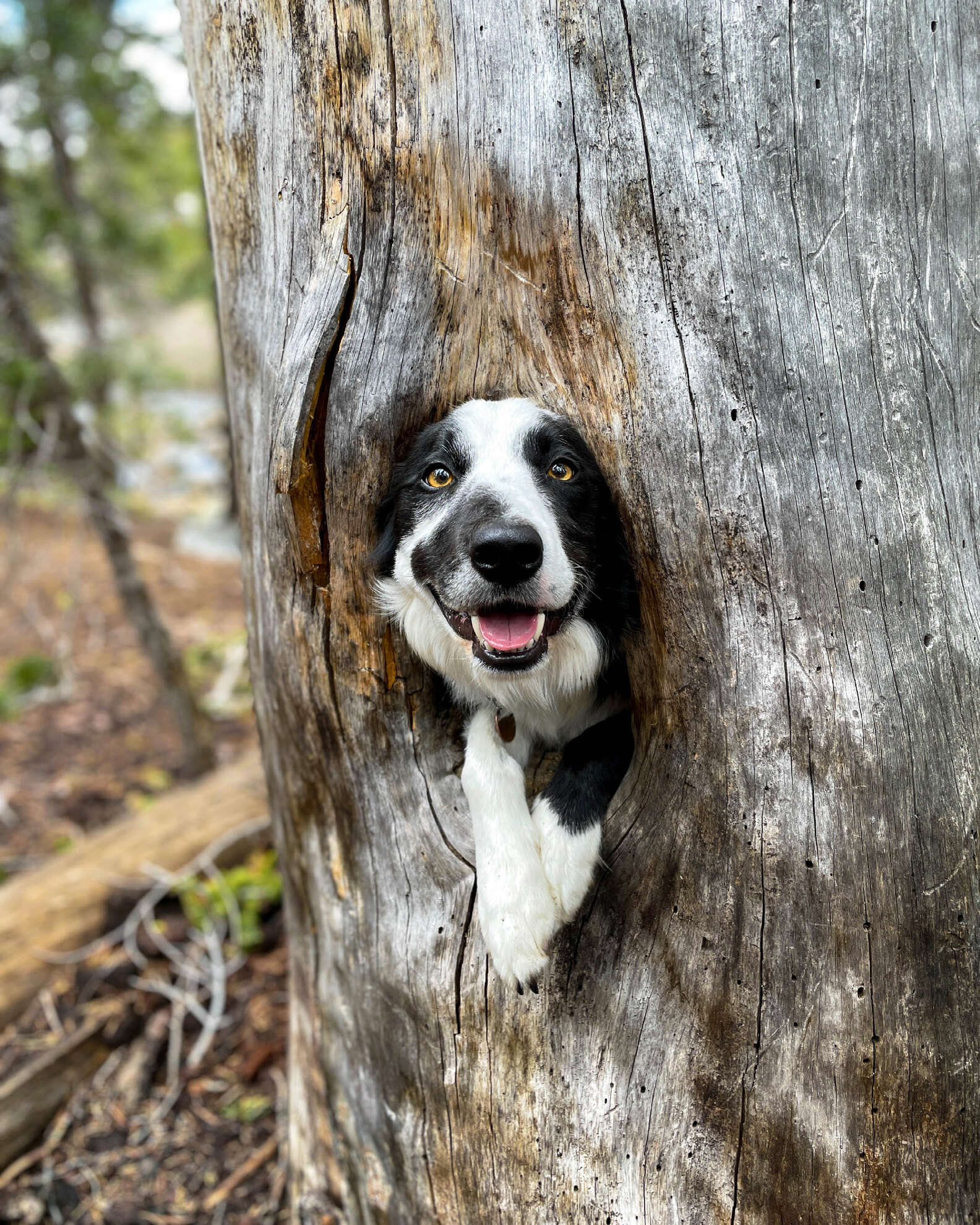 Arlo gladly stayed out in the tree for a few minutes while his family took photos, then hopped out, satisfied that he’d been a part of the activity. Fortunately, whoever usually frequented the tree hole wasn’t around on that particular day, otherwise Arlo would have surprised them with his puppy energy and enthusiasm.