When Rachel Howatt’s beloved husky Koda got loose in late December, she spent a lot of time searching the woods near her home to no avail. But eventually, a few days later, the trustworthy pup showed up back at home in Manitoba, in Ontario, Canada, like nothing ever happened.

“We definitely searched for her, but in the end she just came back,” Howatt told The Dodo. “She is really smart, so I didn’t doubt she could find her way home.”

It wasn’t until a few days later that Howatt thought to check with her neighbor, who has a trail camera in the woods by their home, to see if Koda had been spotted at all. Sure enough, Koda had been picked up on the camera — and she wasn’t alone. 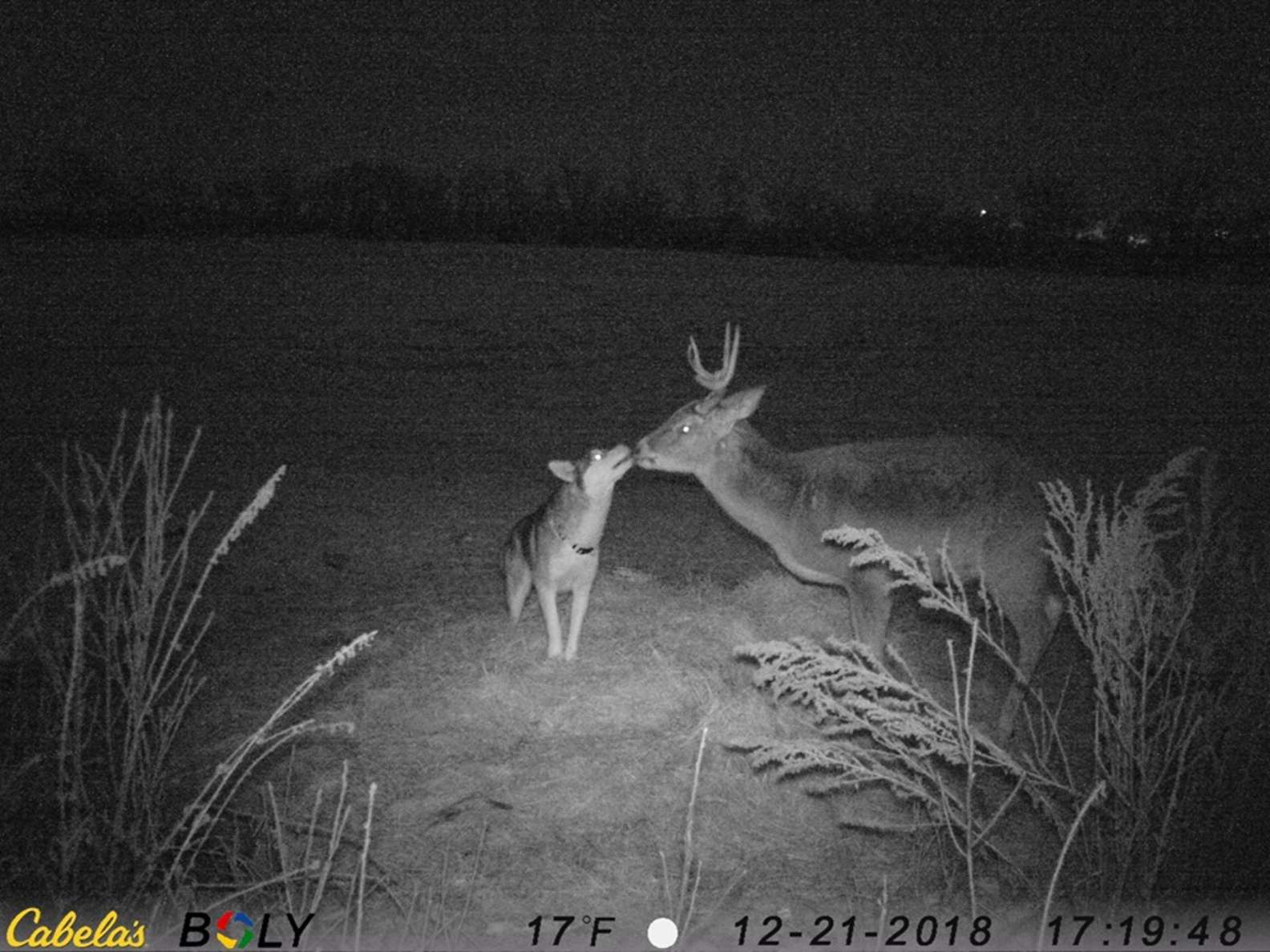 Huddled up right next to her, eating and napping with her, was a male deer.

For the entire evening, Koda is shown playing with and sitting next to the buck, who didn’t seem bothered at all that there was a dog with him. 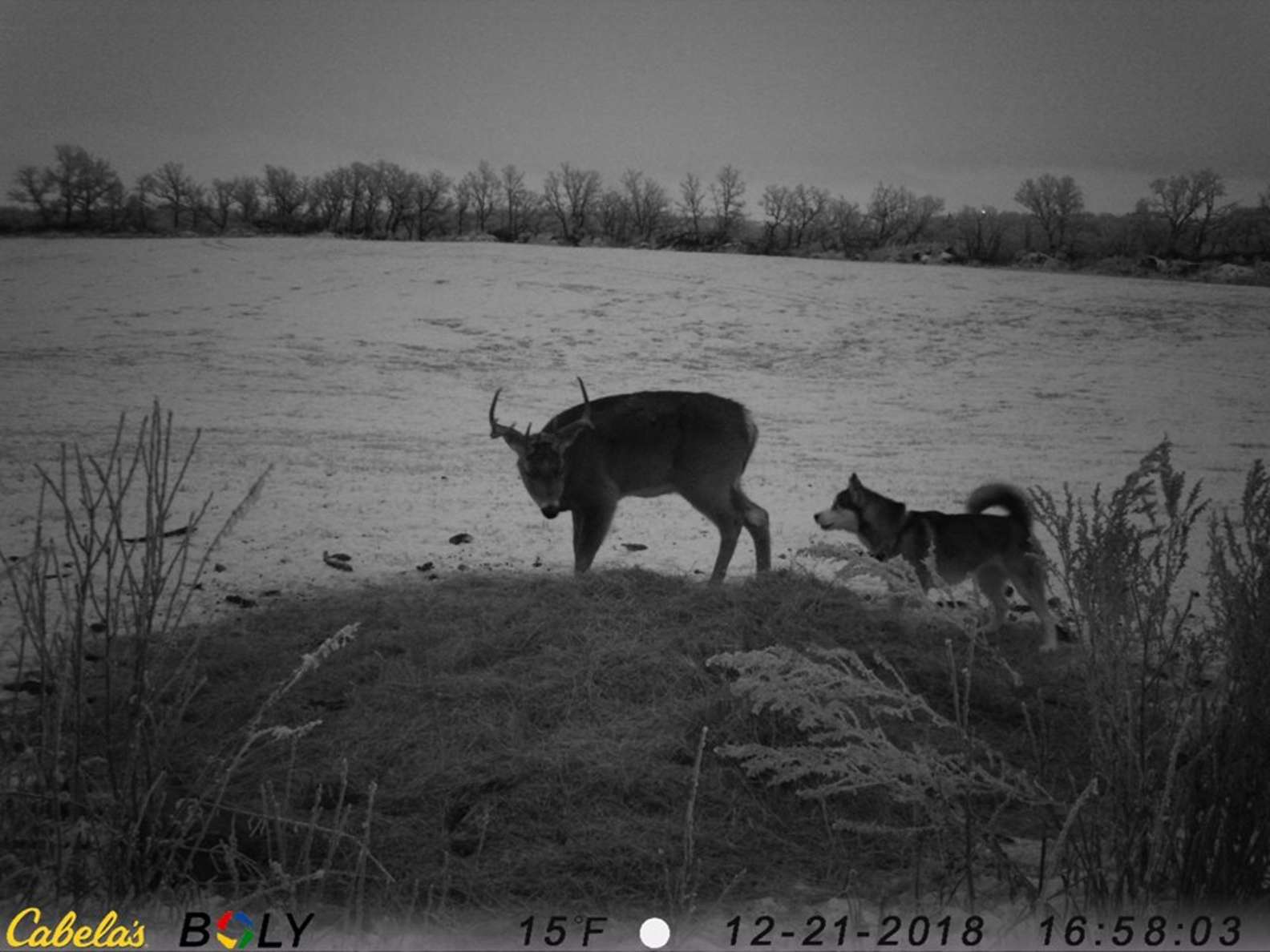 “It was quite something,” Howatt said. “Based on the time they spent on frame, it looked like they spent over 12 hours together. There’s also another photo where there’s two bucks in the picture with her.” 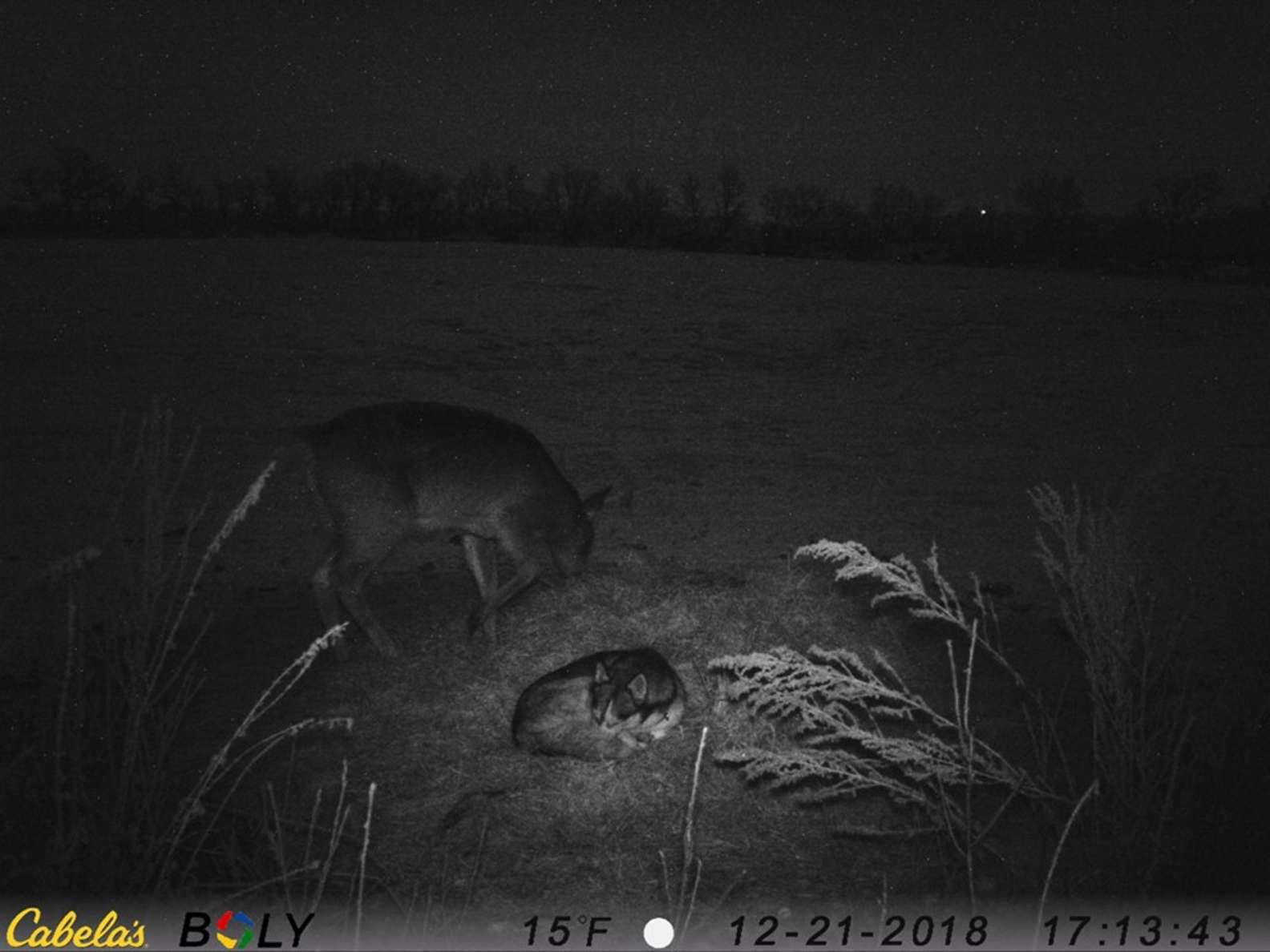 This isn’t the first time wild deer have come to befriend a wayward animal. Deer have been known to take in runaway cows and even cats as their own when they meet in the woods.

While Howatt will do her best to keep Koda from running off in the future, she has a feeling that the dog will want to go back out to the woods to reunite with her wild friend. 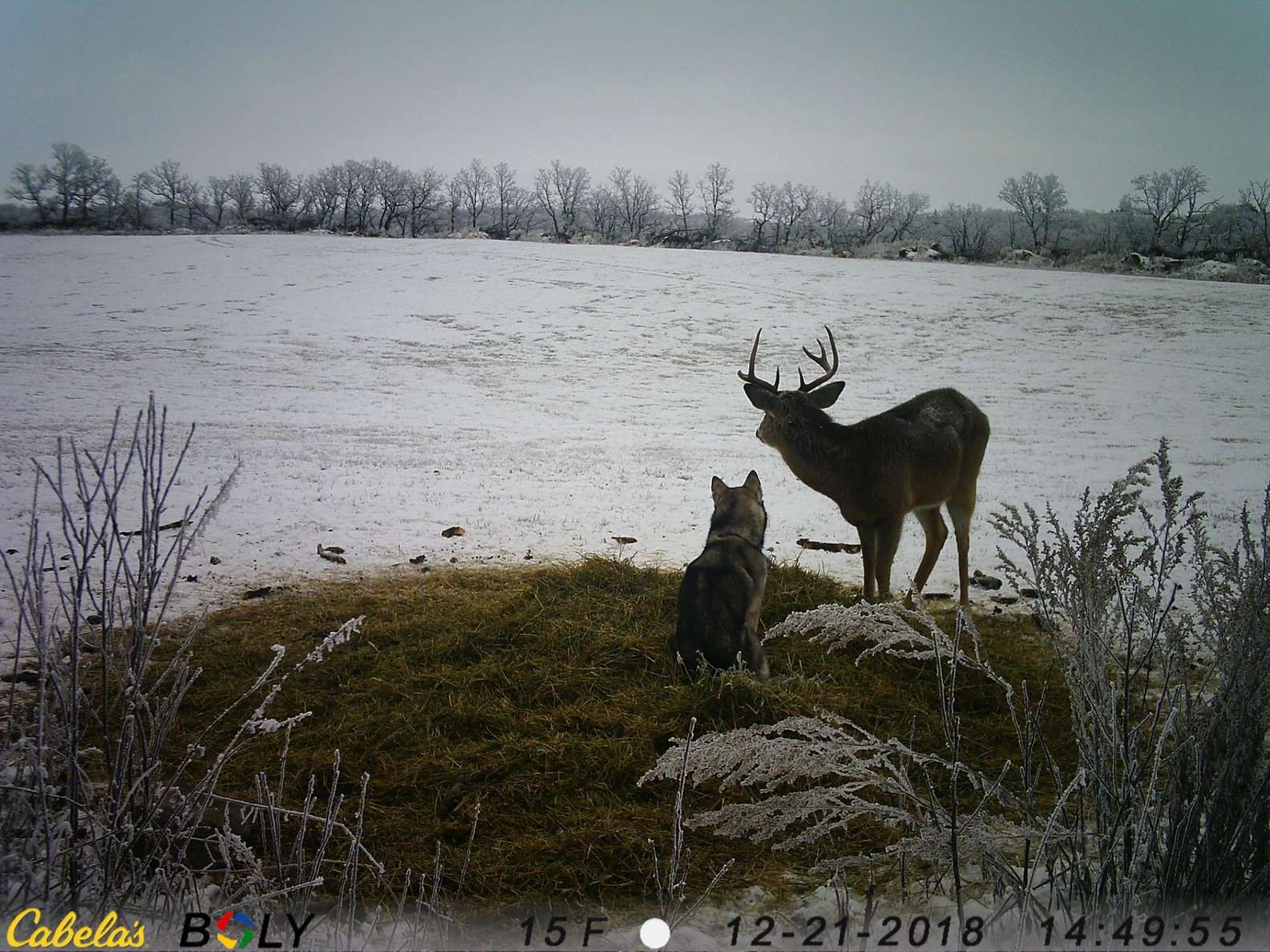 “Huskies have such a free spirit,” Howatt said. “It doesn’t surprise me at all that Koda was trying to make a new friend.”