Two police officers in Texas were finished dealing with a shoplifting call at a local TJ Maxx store when they suddenly got flagged down to help with something else — two tiny kittens stuck under a car in the store’s parking lot. Concerned for the kittens’ safety, the officers quickly went over to the car in question, and immediately heard tiny meows coming from somewhere underneath the car.

“They located the kittens inside the bumper where most likely the mother cat had placed them for some reason,” Jesse Minton, of the Arlington Police Department, told The Dodo. “The owner of the car advised she did not own a cat and had no idea how the kittens got in there.”

Once they figured out exactly where the kittens were, Officer Joe Bob Adkins was able to carefully reach under the car … 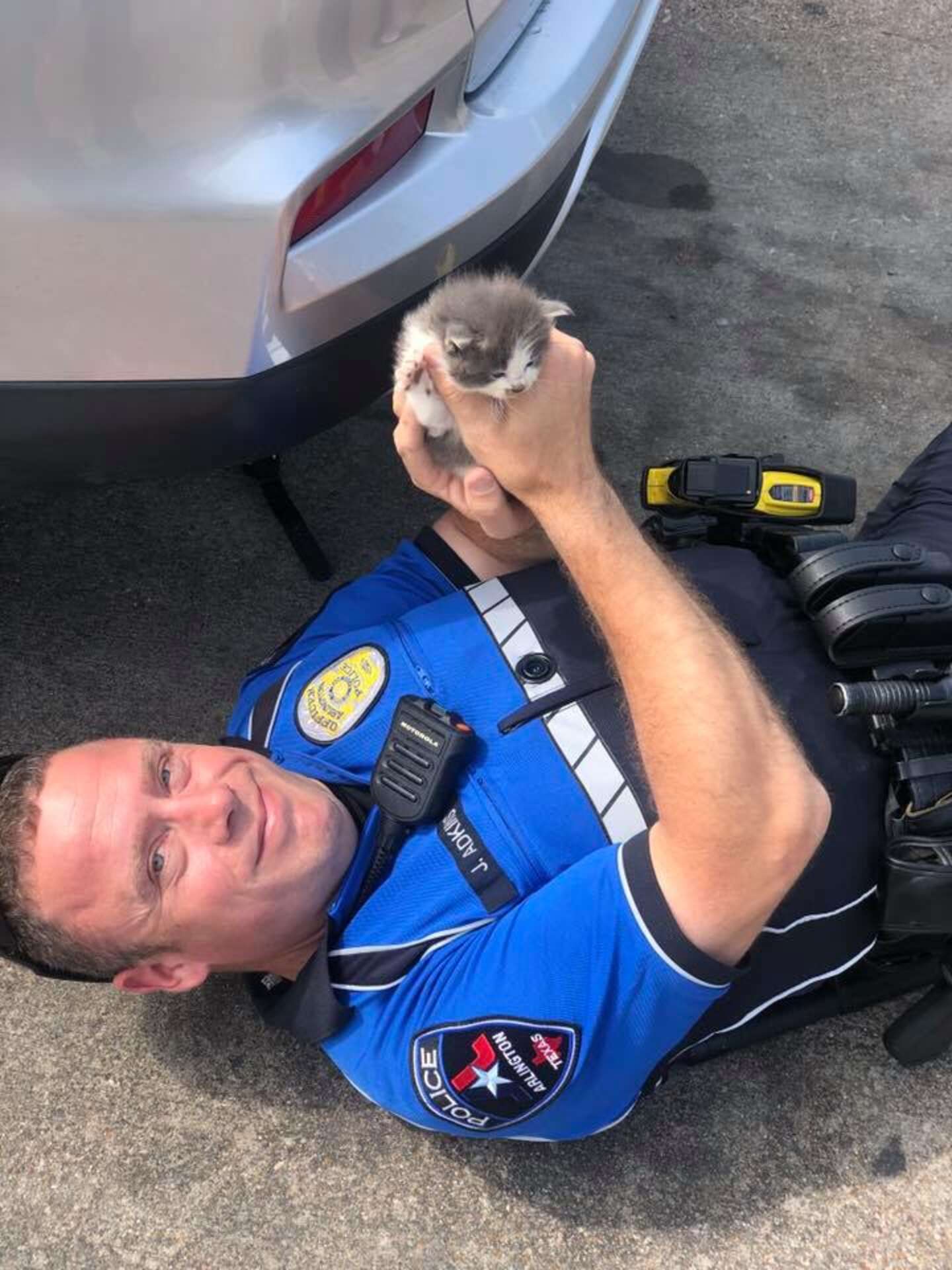 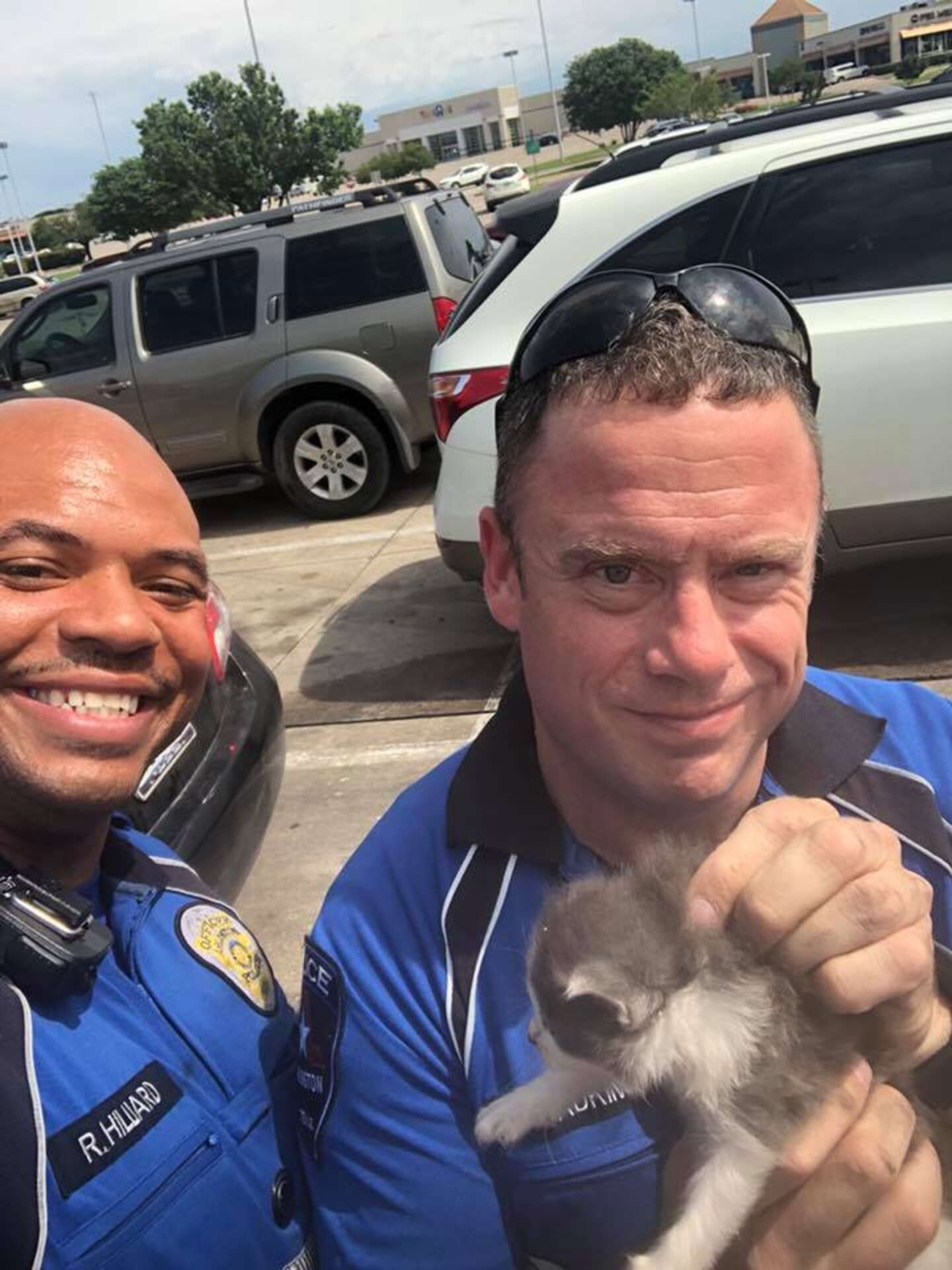 As soon as they were safe, Officer Adkins took the kittens back to the police car and just held them, trying to make them feel safe and loved, and the kittens simply couldn’t get enough of him. They absolutely adored cuddling with their new friend, and curled up on his chest in the sweetest way. 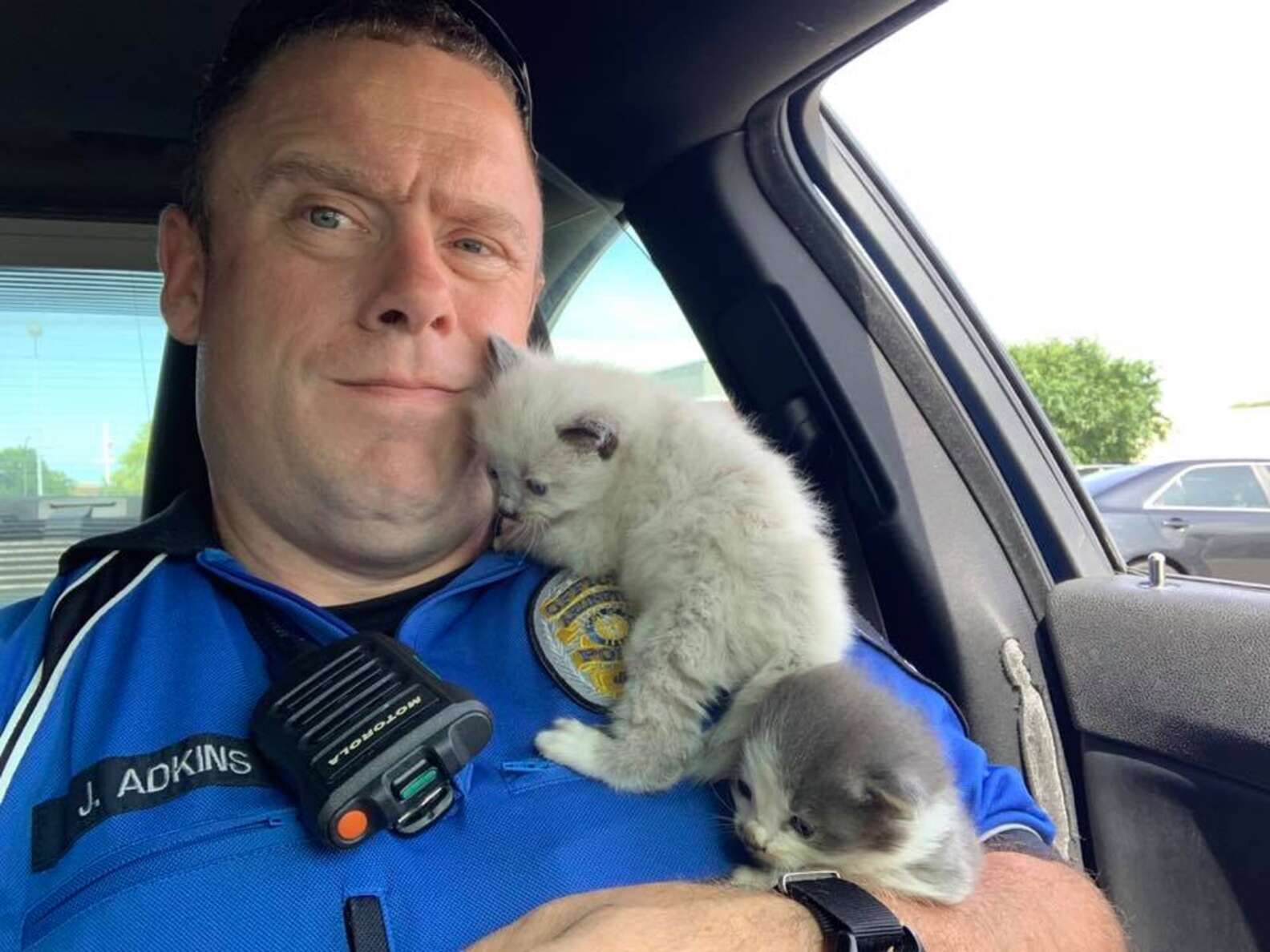 The officers immediately took the kittens to get checked out by a vet, who determined they were around 6 weeks old, and were relieved to hear that they were in fairly good condition. They assumed the kittens must be hungry, having no idea how long they’d been under the car, and so the officers fed them some formula out of a tiny bottle, falling more and more in love with them by the minute. 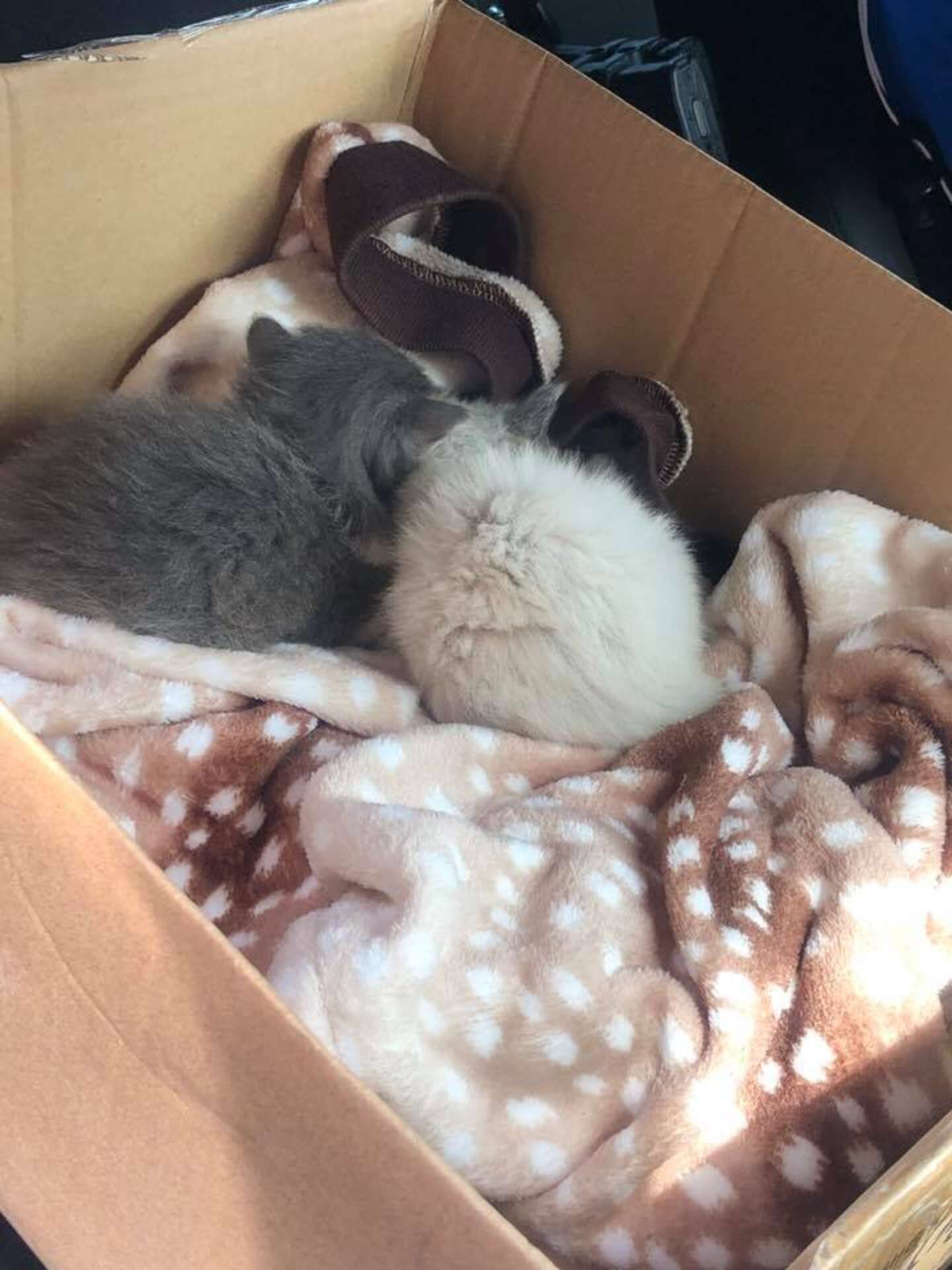 The more time they spent with their new friend Officer Adkins, the more the tiny kittens fell in love with him — so it didn’t take long for him to decide to officially adopt them into his family. 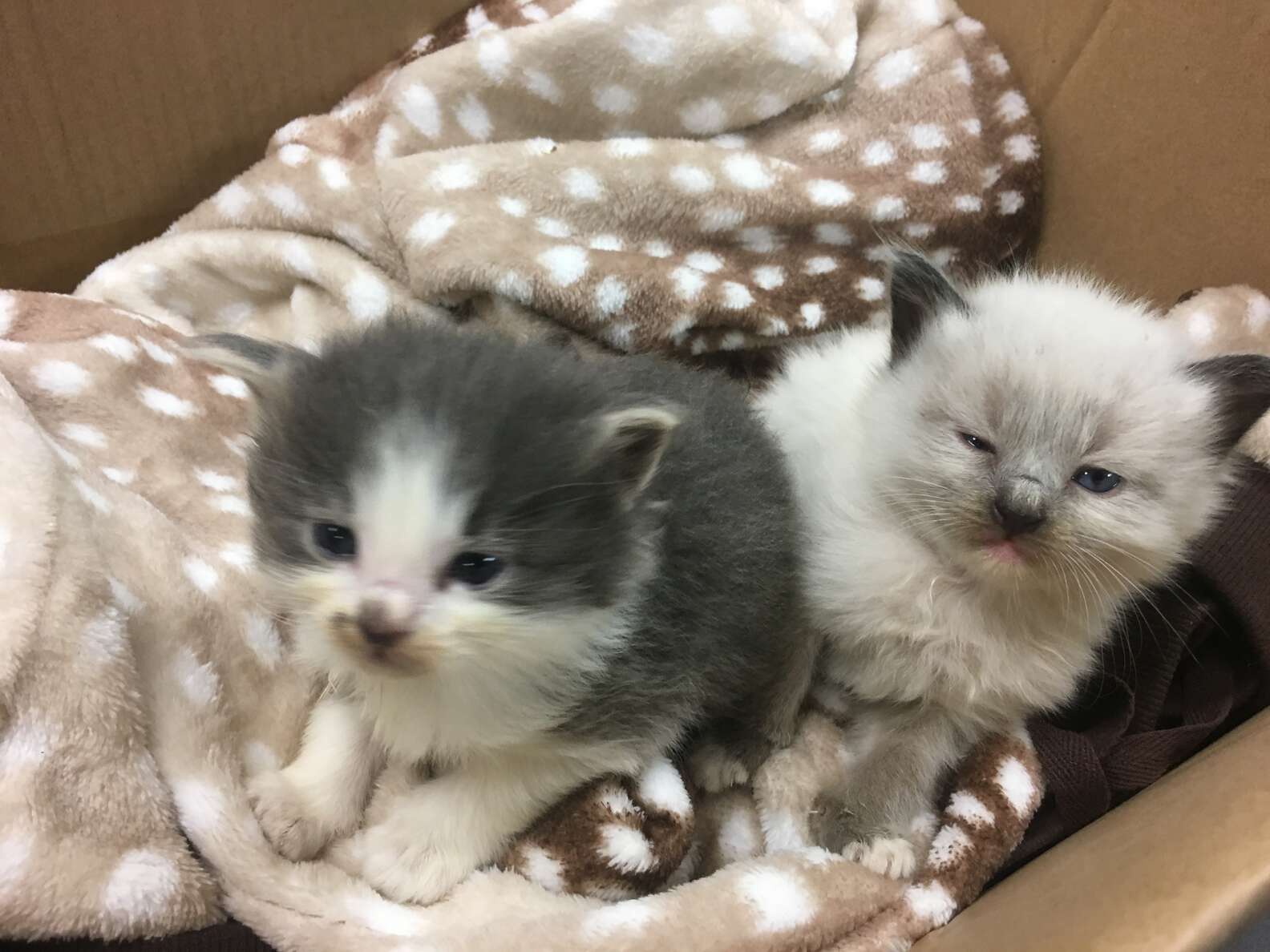 The two kittens are now settling wonderfully into their new home, and could not love their new dad more if they tried. He may not have been planning on taking home two new family members that day, but as soon as they cuddled up to him, he simply couldn’t resist.