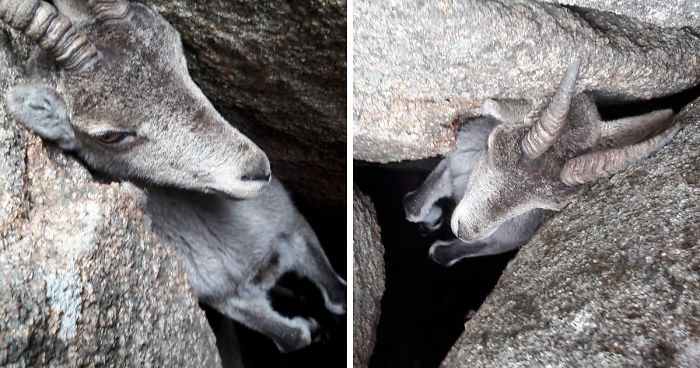 We found this goat while hiking in the Pedriza section on the Sierra de Guadarrama near Madrid. He was hanging by the horns fully suspended between two boulders. He had obviously been stuck for a few hours in this very uncomfortable position.

After creating a harness made of our jackets, we were able to pull it out and let it go on its way.

After freeing our new friend it took him a few minutes to recover from the shock but he ended up going on his way!

This mountain goat somehow got stuck in this unfortunate position 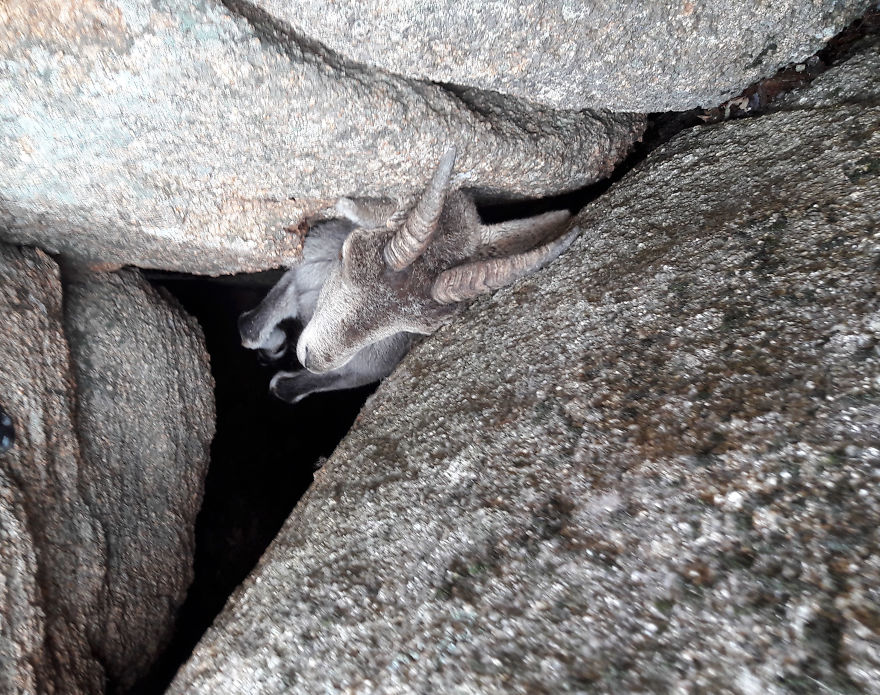 Hanging by his horns between two rocks

He’s all good now, back to being a free mountain goat!/ boredpanda 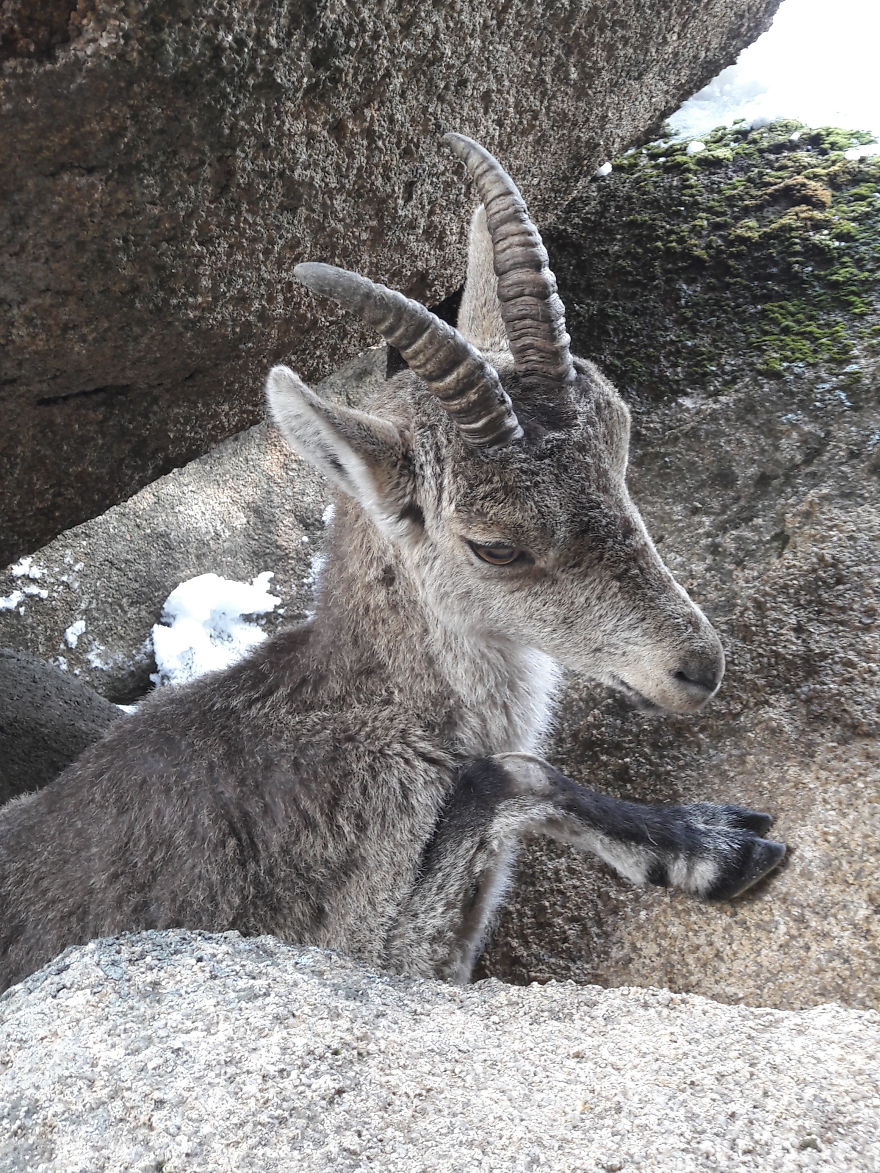