One morning, someone in Southern California found an injured owl on their porch. It turned out to be a blind Western screech owl with eyes that look like a starry night. After a visit to the vet, the blind owl found a new permanent home at the Wildlife Learning Center in Sylmar, California. He was named “Zeus” after the Greek god of sky and thunder because of his stunning, big eyes.

Zeus was injured when he was found on that front porch in South California, but the dedicated team of animal lovers at the center helped him on his feet again. Since the cute owl was blind, they couldn’t simply release him back into the wild, so he now lives in a trunk on the filing cabinet next to Wildlife Learning Center founder Paul Hahn’s desk. 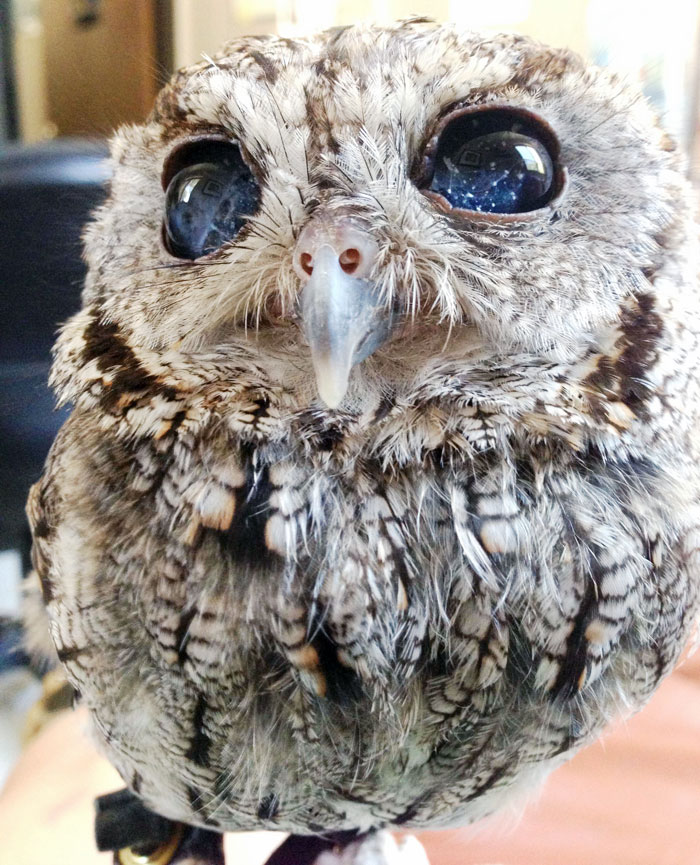 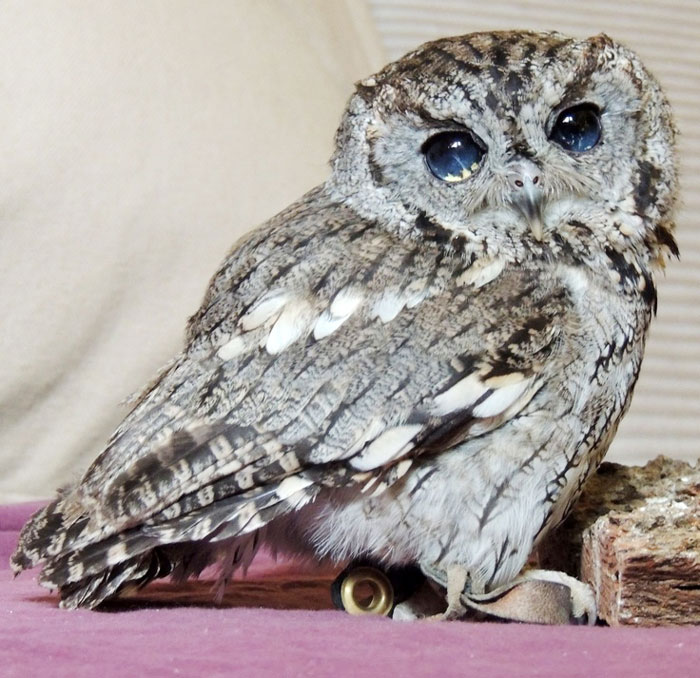 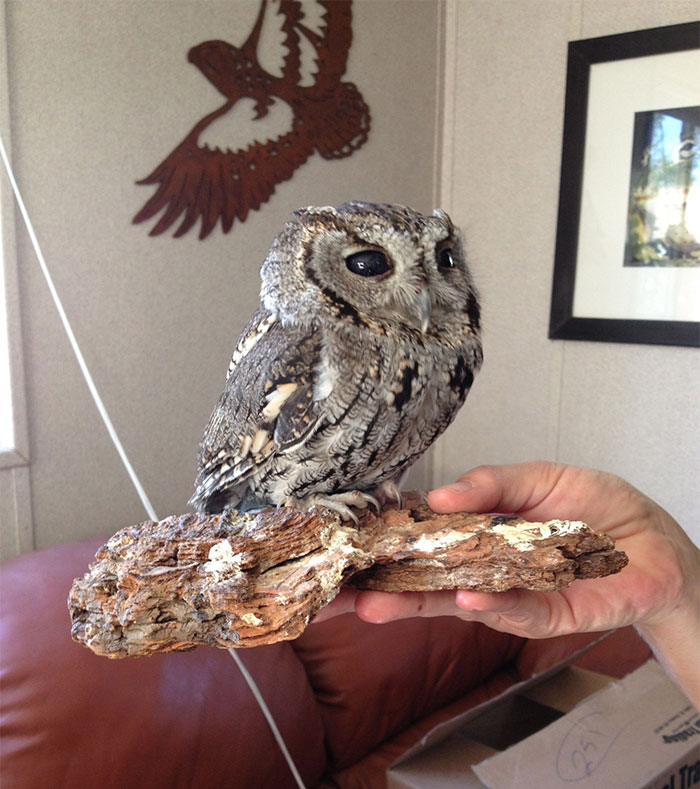 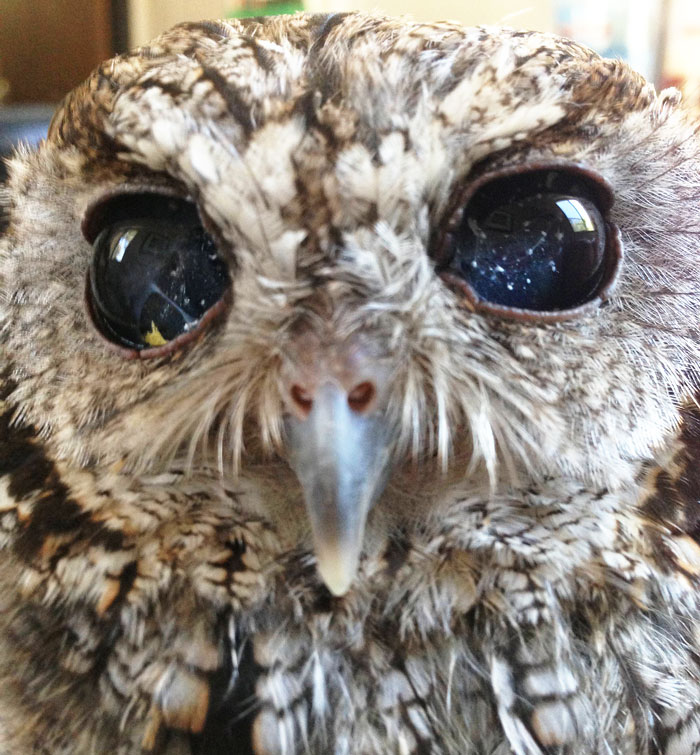