When this cow named Minnie Moo entered the world last year, it seemed as though she wouldn’t survive for long. But a year later, she’s not only living — she’s thriving.

And that’s cause for celebration 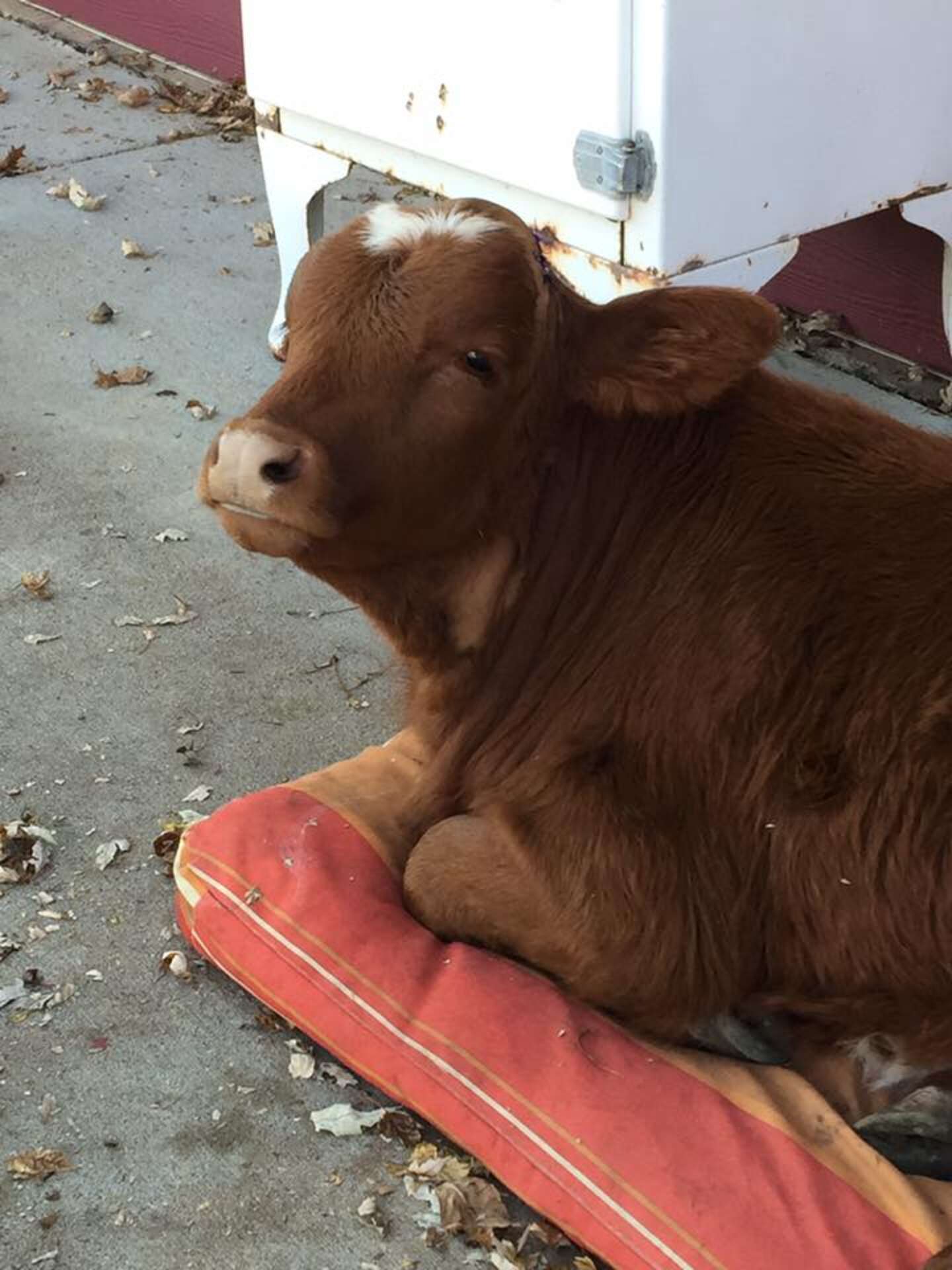 Minnie was born prematurely during a storm on a farm in Minnesota. Unfortunately, her young mother wasn’t producing milk, so the newborn calf’s survival depended on someone else stepping in to nurse her. That’s when the folks at Sunnyside Stables, a sprawling estate for horses in nearby Rosemount, learned about little Minnie’s sad predicament.

“The farm called us and said she had been born and didn’t want to deal with trying to keep her alive,” Tracy Orr, the stable’s owner, told The Dodo. “We picked her up and brought her home.” 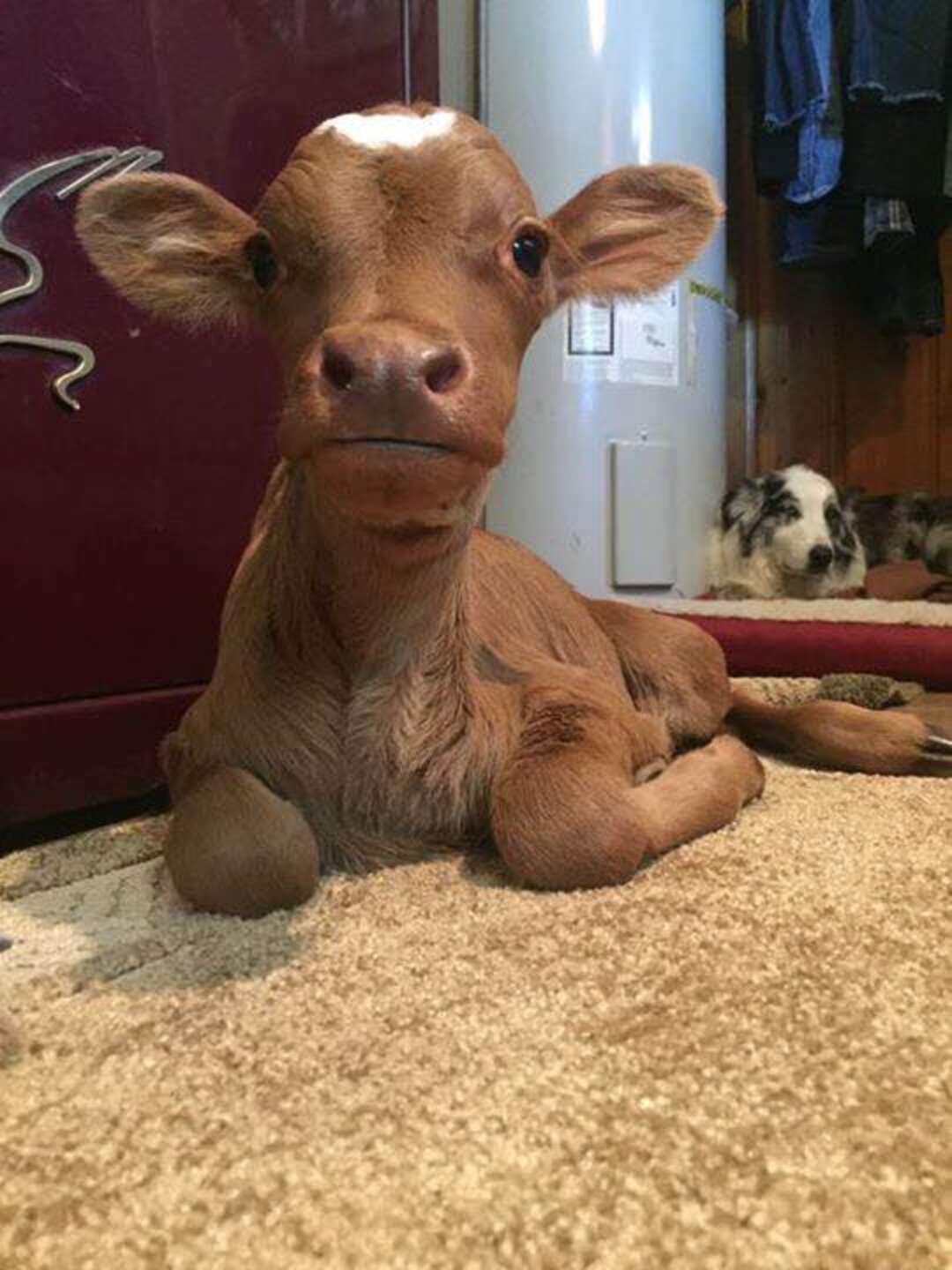 It still wasn’t certain that Minnie would endure long, but her rescuers refused to give up on her.

They created a cozy place for her in a room alongside the stable’s rescue dogs, with whom she soon bonded. Over the next six months, Tracy and her daughter Ashley bottle-fed Minnie several times a day.

Thanks to them, the once-fragile cow grew up healthy and strong. 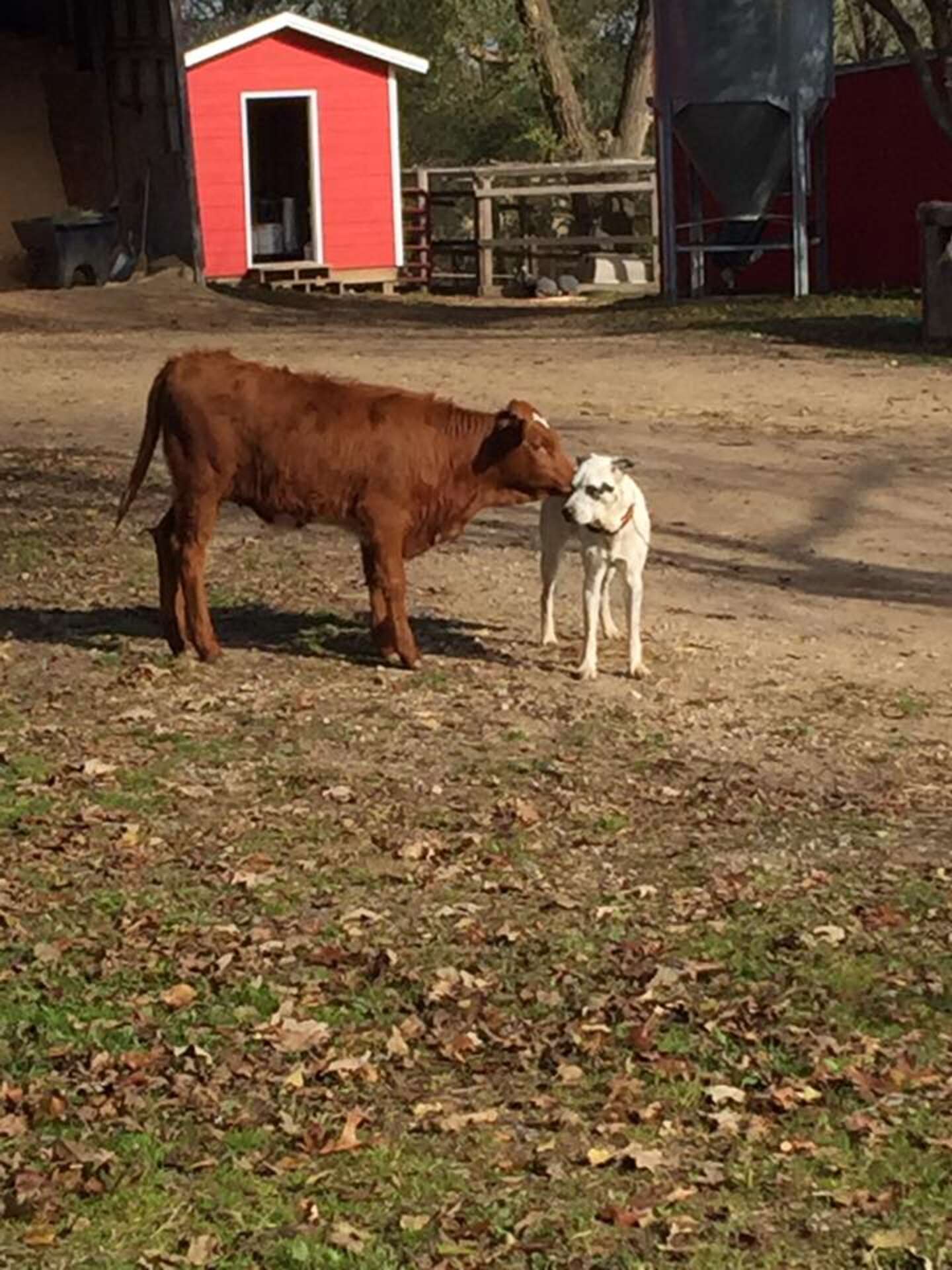 Minnie now spends most of her time running around the scenic 75-acre property, greeting visitors and playing with her canine siblings. In fact, sometimes it seems as though she suspects that she is a pup, too.

But more importantly, Minnie knows she’s part of a family.

As Minnie’s first birthday approached, a day some thought she might not live to see, her family decided to mark the occasion with a fun-filled celebration.

So, they threw her a surprise party — and invited all her friends. 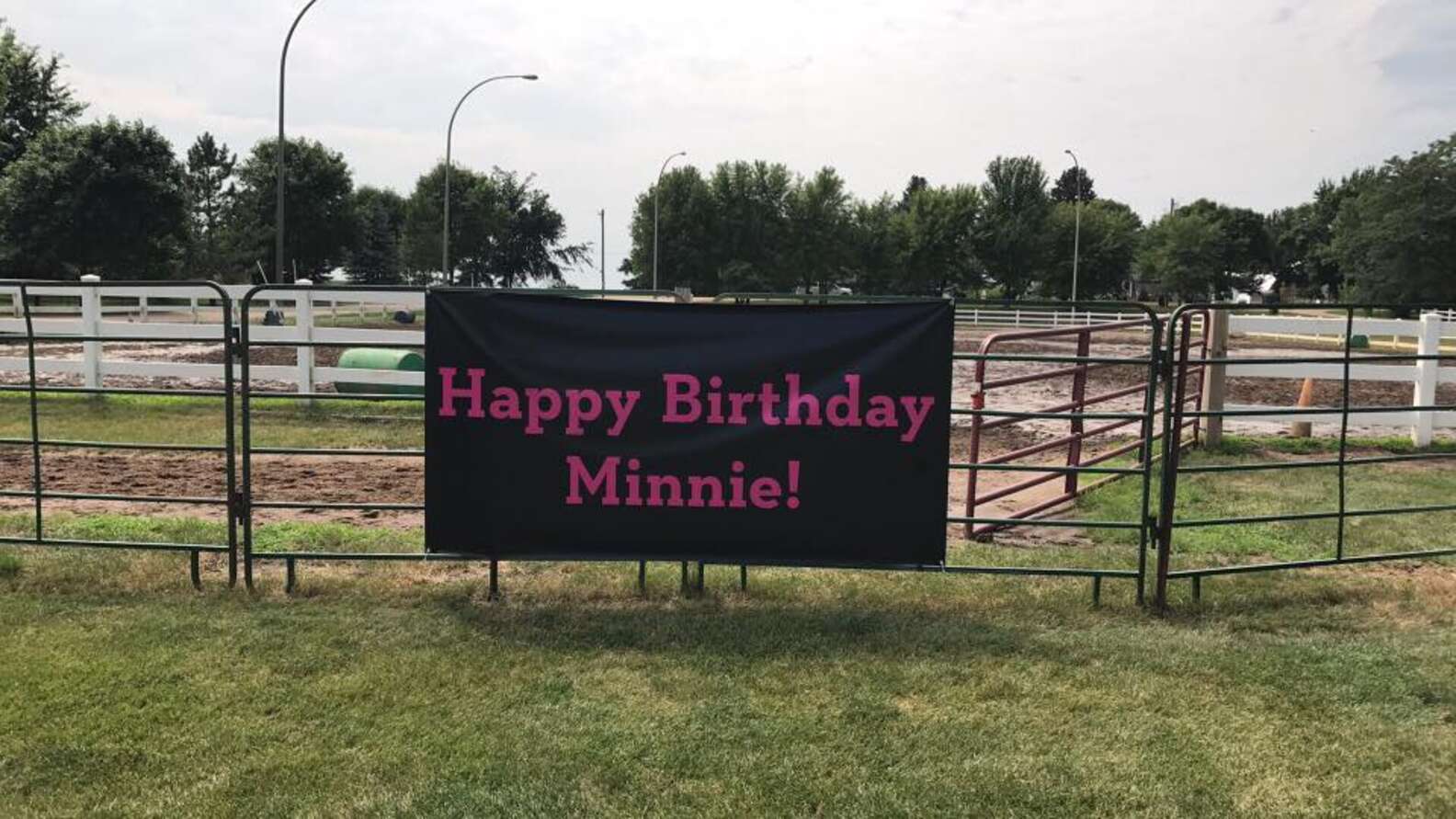