An officer picked up a gorgeous tortie cat and held her in his arms after she had lost both of her owners.

He took her to the shelter for aid, but he couldn’t stop thinking about her… 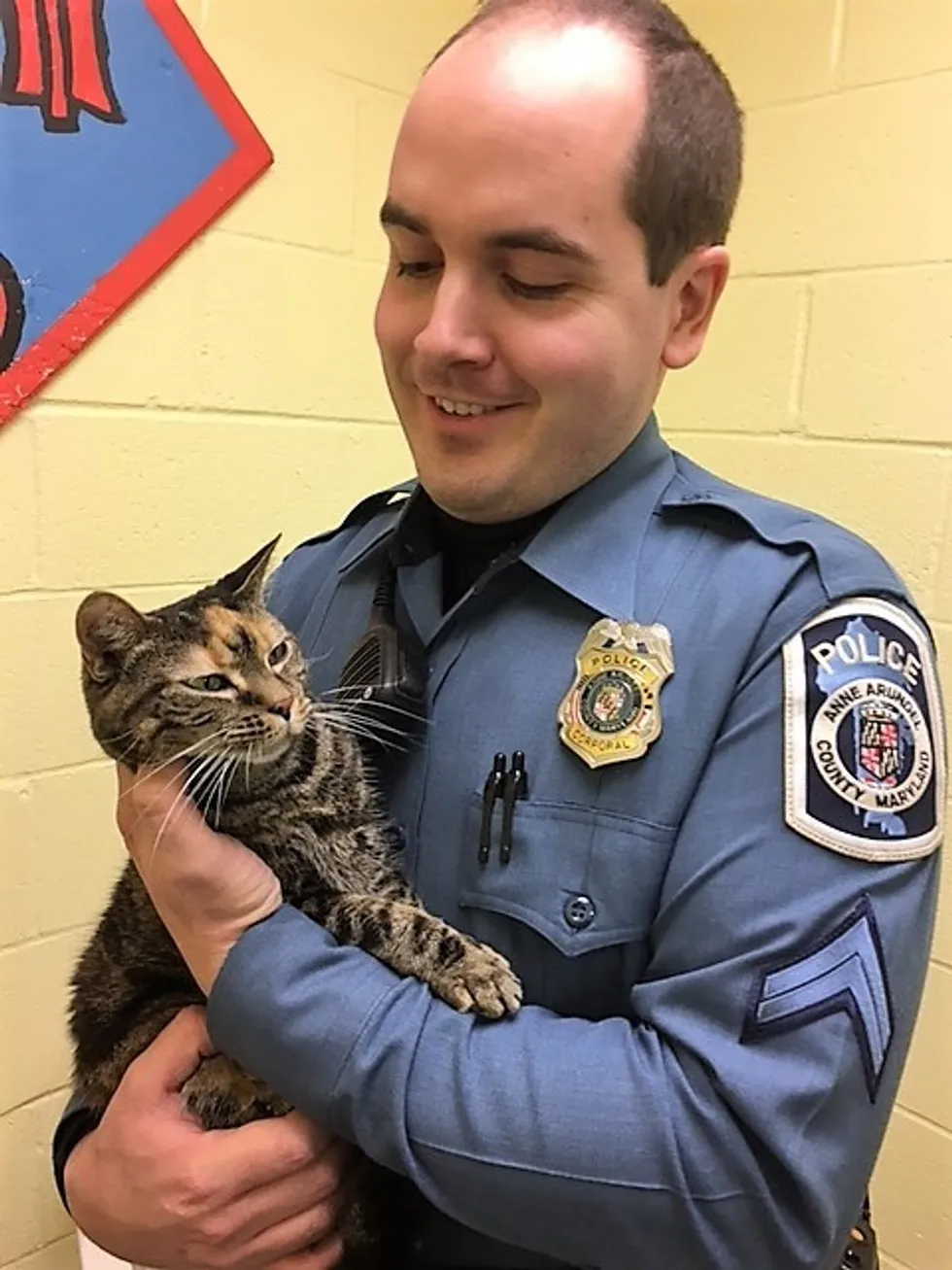 When the cops discovered the cute tortie in the residence, she screamed pitifully.

Corporal Hollis of the Anne Arundel County Police Department in Maryland picked her up and comforted her before transporting her to AACAC. “She was brought to Anne Arundel County Animal Control,” Collins said, “as is customary when there appears to be no relative to take the pet.”

While she was in the shelter, Hollis couldn’t get the kitty out of his mind… 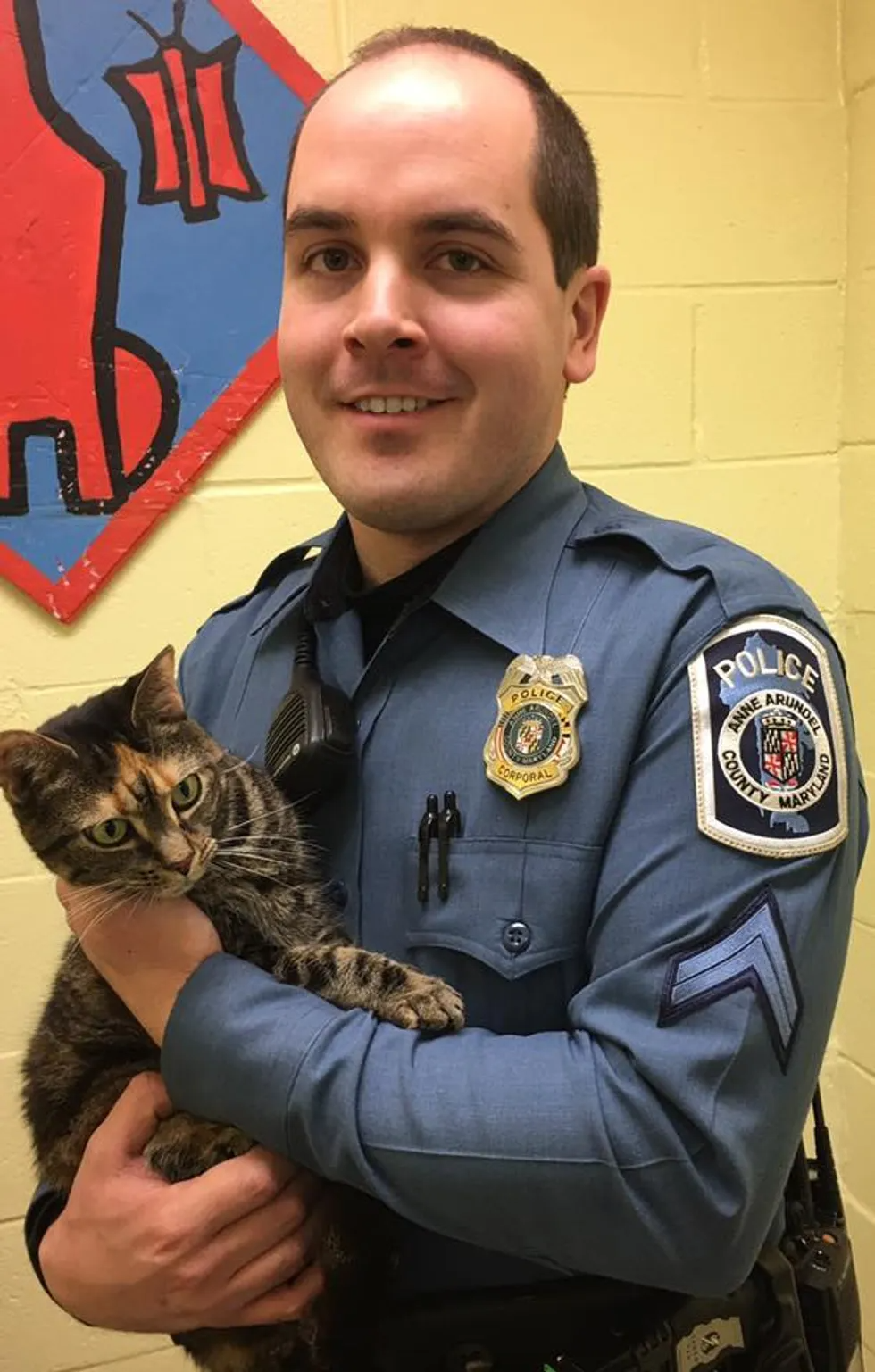 Hollis was overjoyed when Julia became available for adoption and immediately went to see her.

“She was swiftly adopted once she became available – by this officer, the same one who had brought her to the shelter.”

Hollis was considering getting a pet friend before she met Julia. He knew Julia needed someone to love her forever when he heard her tears, and he’s overjoyed that he can be that person for her now.