Adoption offers are pouring in for Burrito, a cute male tortoiseshell cat. The 6-week-old kitten defied genetic odds by being born a boy, which is considered unusual due to the X chromosome’s location of the gene that controls the orange and black fur color. “Females have two X chromosomes, while males have an XY combination,” according to a press release from the Animal Welfare Association. “This means that orange and black fur can only be found on female cats. He must have three chromosomes to be a male tortoiseshell cat: two XXs and one Y.” “I was so surprised when I turned little Burrito over,” said Dr. Erin Henry of the AWA. “I examined thousands of kittens while working at AWA, and they are so rare that he could be the only male tortoiseshell kitten I ever see again.”

Burrito and his two siblings, Empanada and Tortilla, were dropped off by good Samaritans at the AWA in Vorhees, New Jersey, according to Maya Richmond, executive director of the AWA. 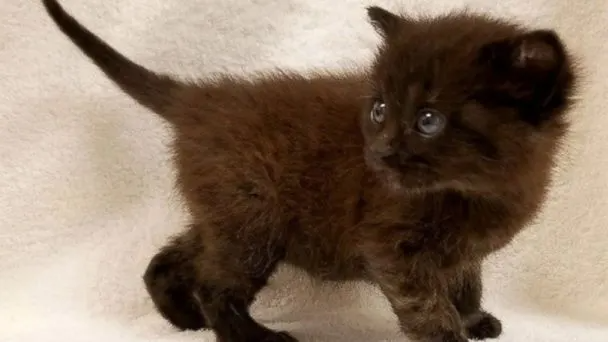 According to Richmond, the AWA has received over 350 offers from people all over the country who want to adopt Burrito, with some coming from as far away as Canada.

Burrito will be ready for a loving home when he is 8 weeks old. He’ll be at the AWA’s Paws and Feet 5K Race and Doggie Fun Day meet and greet this Saturday.