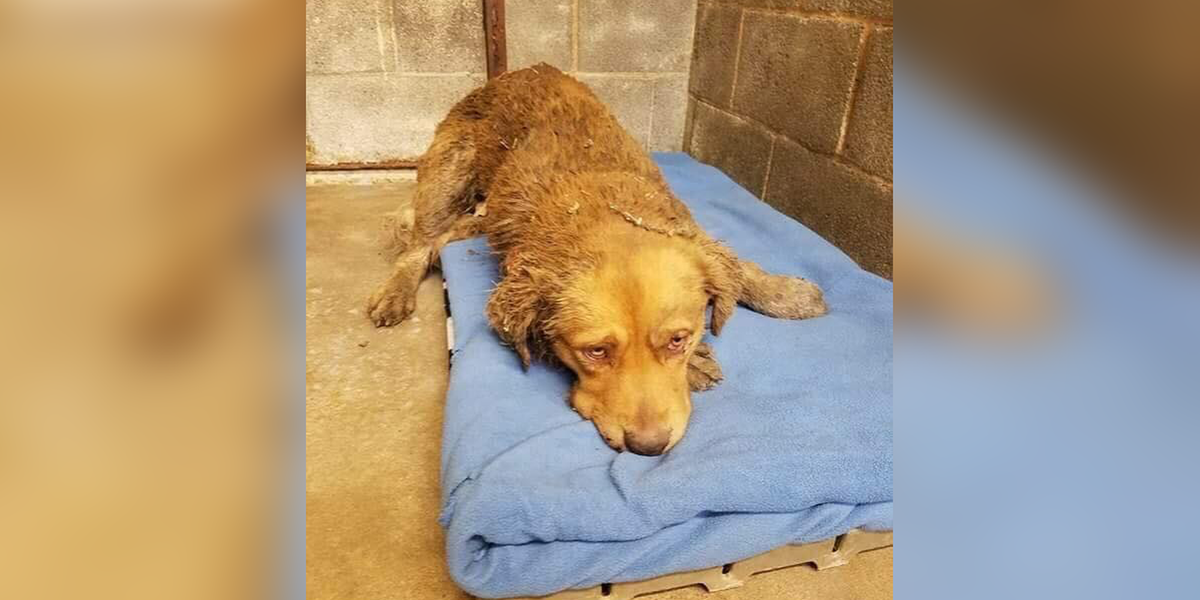 No one knows where Goldie came from, or how he found himself in a rural town in Texas. But when a group of dogs found him, they let him know he wasn’t welcome.

“Goldie was found under a mobile home, and he was being attacked by several dogs,” Stacey Silverstein, cofounder of Rescue Dogs Rock NYC, told The Dodo. “When they finally stopped attacking him, he kind of trenched back underneath the mobile home.”

Animal control officers arrived, but Goldie was so terrified that they had to drag him out from under the home. Then they took him to Corsicana Animal Shelter in Texas. 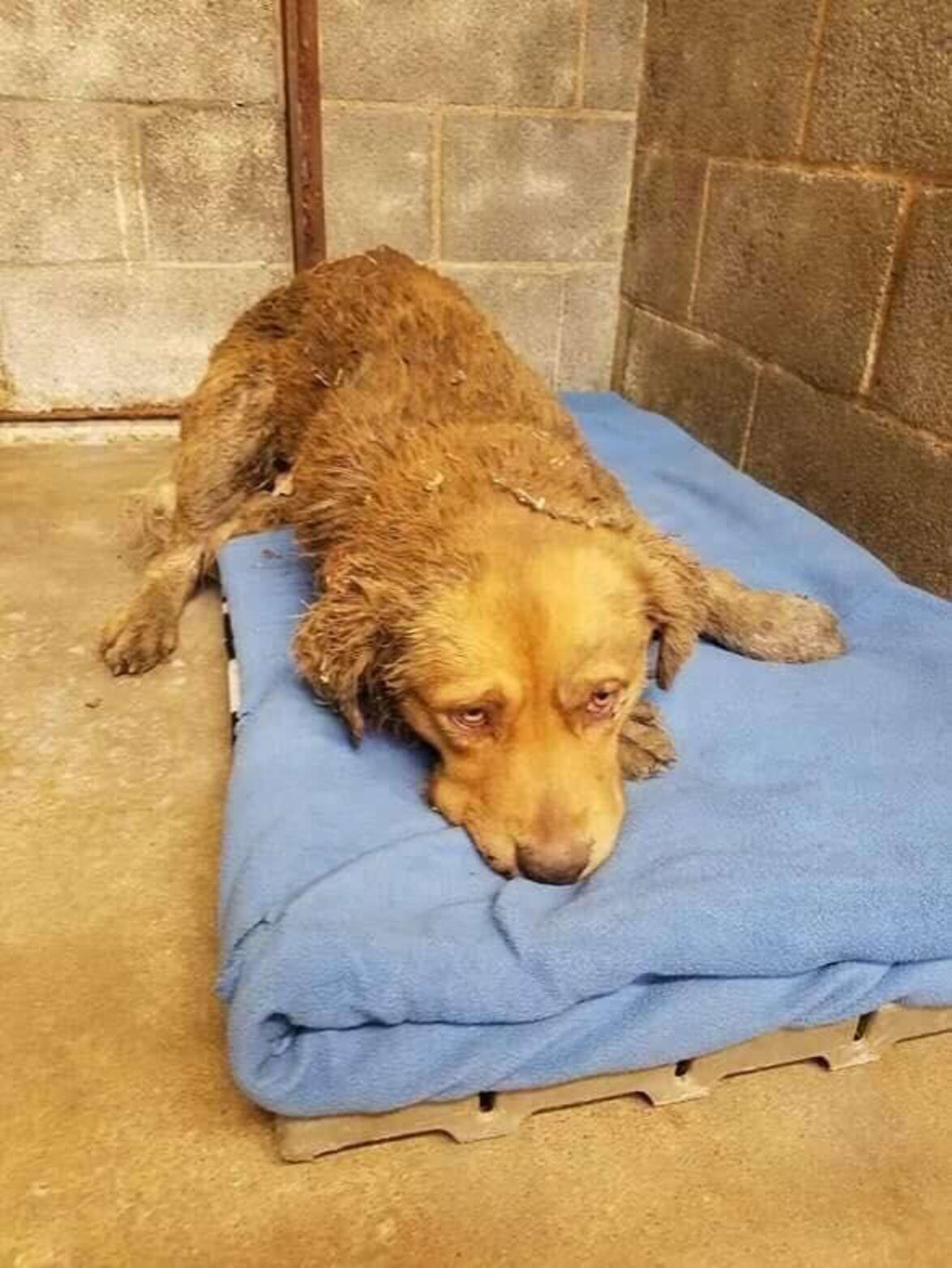 But what Goldie really needed was a vet. He was in horrific shape from the attack 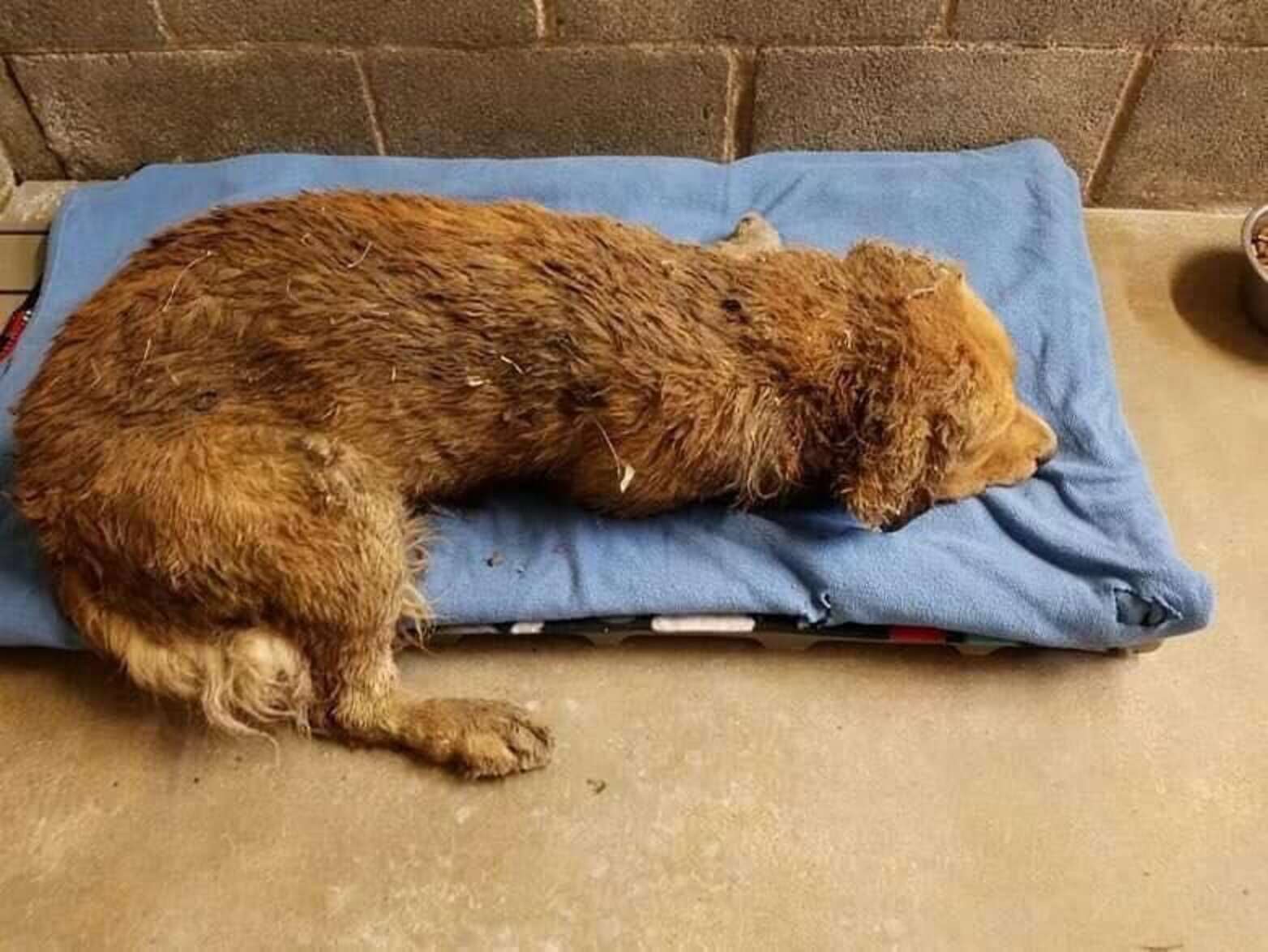 “He had wounds and gashes on every part of his body,” Silverstein said. “He was in shock.” 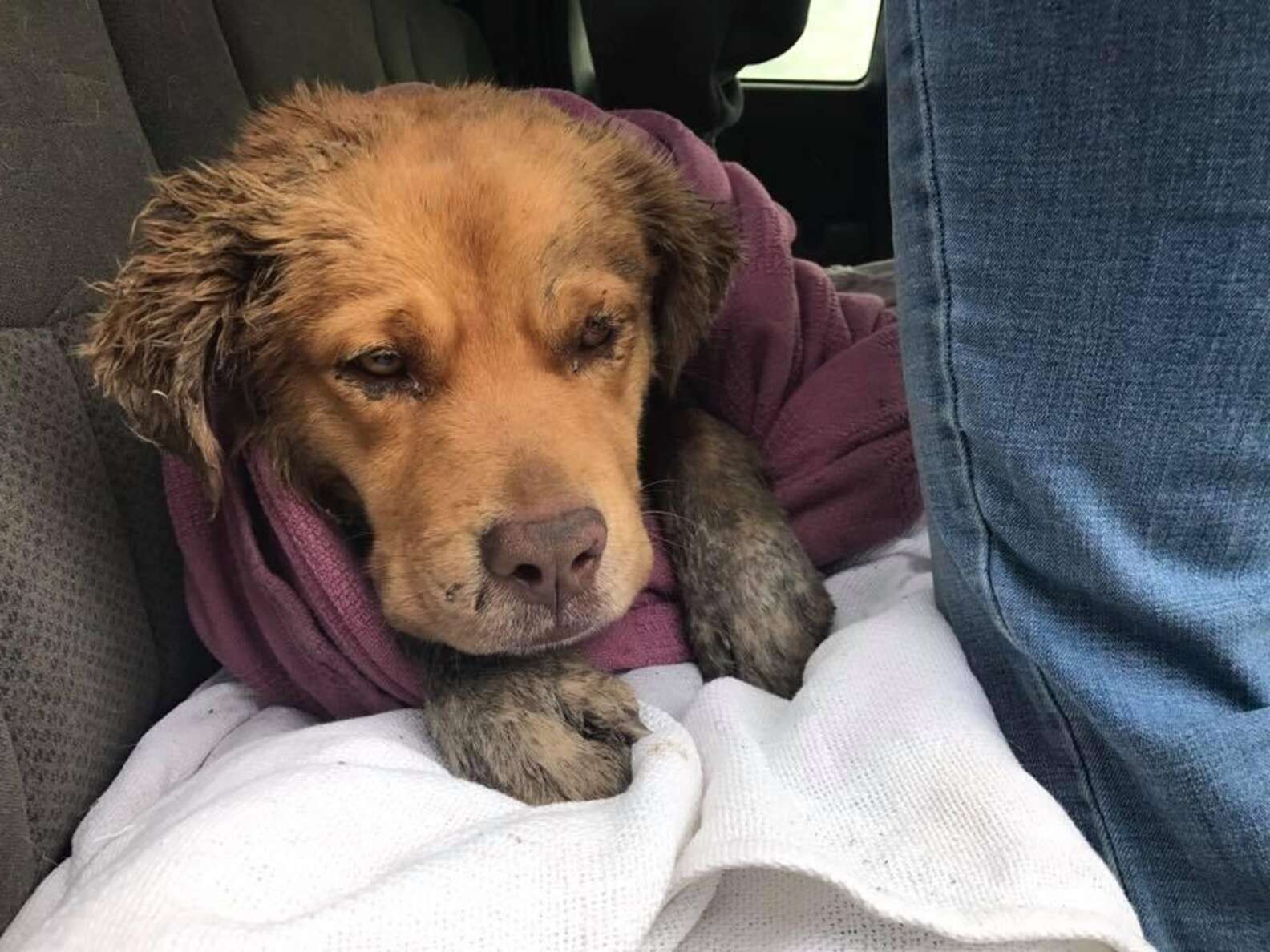 Local volunteers from Rescue Dogs Rock NYC pulled Goldie out of the shelter and whisked him off to an emergency vet, who saved Goldie’s life with high doses of antibiotics and dozens of stitches 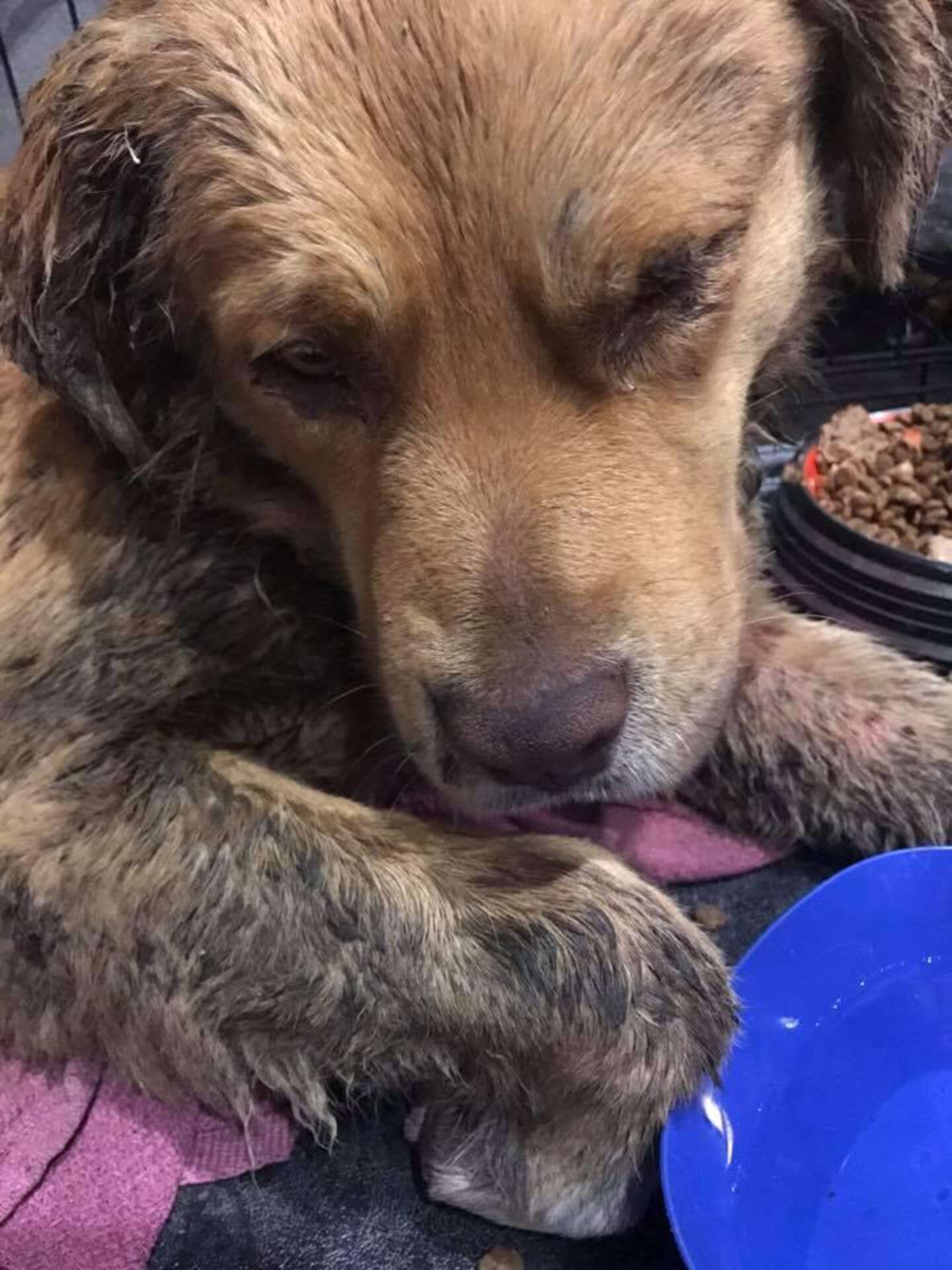 After such an ordeal, Goldie had a long, hard recovery period. He spent two additional weeks at a primary care vet’s office in Texas, according to Silverstein, and when the group transferred Goldie to New York City, he spent another two weeks at a vet’s office in Long Island.

But Goldie recovered, and he blossomed into different dog. His stitches healed up beautifully, and his fur grew back thick and shiny 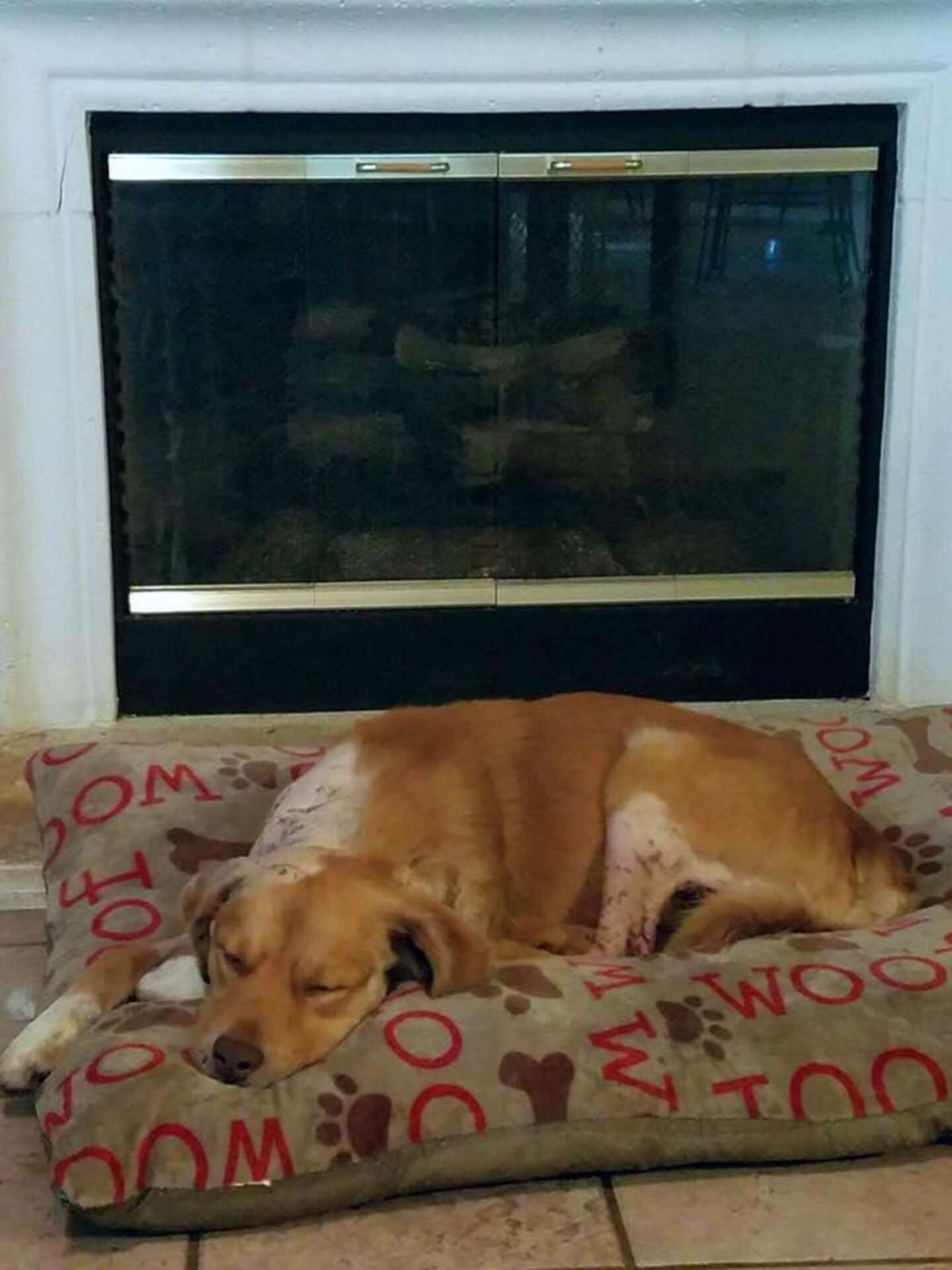 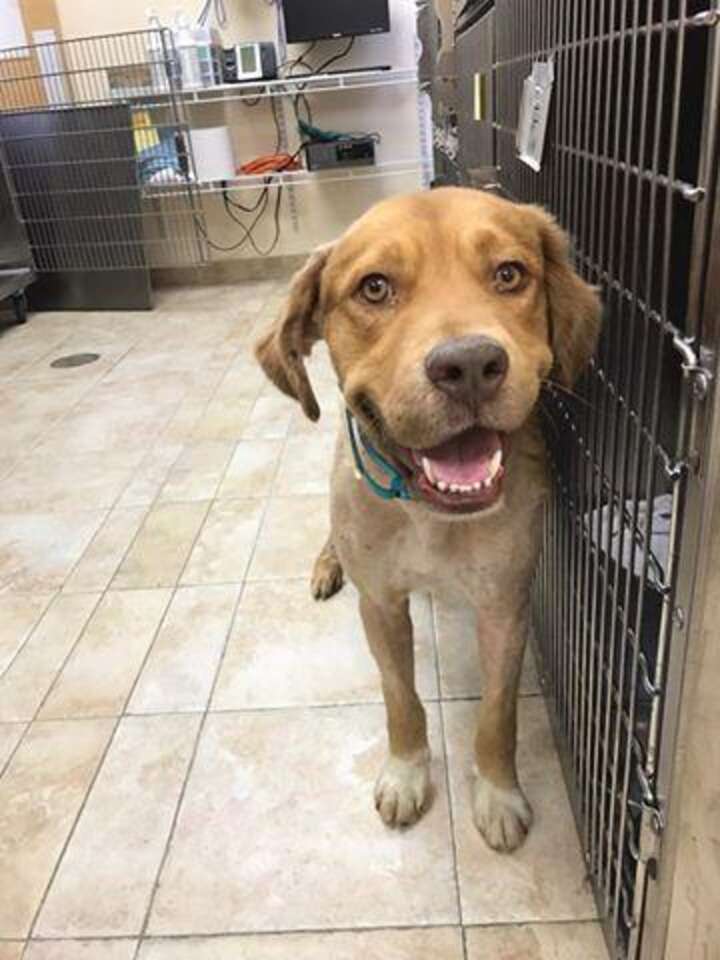 Now Goldie just needed a home, but amazingly, no one stepped forward to adopt him.

“I remember thinking, ‘What is going on? How does this dog not have a forever home?'” Silverstein said. “But after a Facebook post, we got a gazillion applications for him. And that was it.”

Goldie ended up finding a home with a friend of one of the volunteers.

Goldie’s new mom already had two other animals — a Havanese dog and a cat. After being attacked by dogs, no one would have blamed Goldie if he was scared of other dogs. But he quickly bonded with his new family.

Goldie also has a new name — his new mom is a big Dallas Cowboy fan, so she renamed him Dakota (“Dak” for short) after the quarterback, Dak Prescott