Bertram is such a cute puppy that looks like a bear but he was abandoned at just 5 months old.

He was left on the streets because he was “too big to sell”. 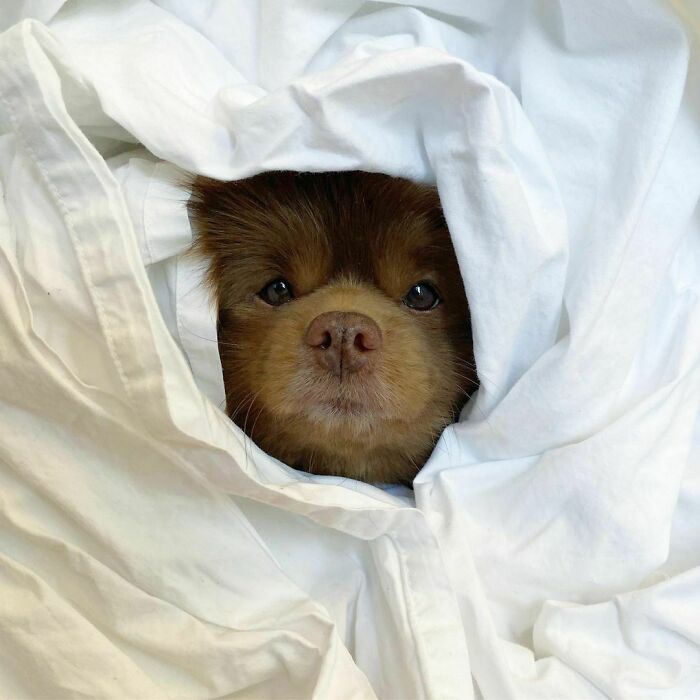 However, artist Kathy Grayson saw the pictures on Internet and felt in love with the puppy

“I saw Bert on PetFinder.com—there were three little photos,” Grayson told Bored Panda. “I thought the magic of knowing your new friend immediately wasn’t real until I felt it! His little face, his blue bandana, his giant paws and eyes pointing different directions, he was grey-colored, not brown, as a puppy, the expression on his face spoke to me, I knew it would be him.”

So she adopted Bertie and now the cute puppy is living his best life. 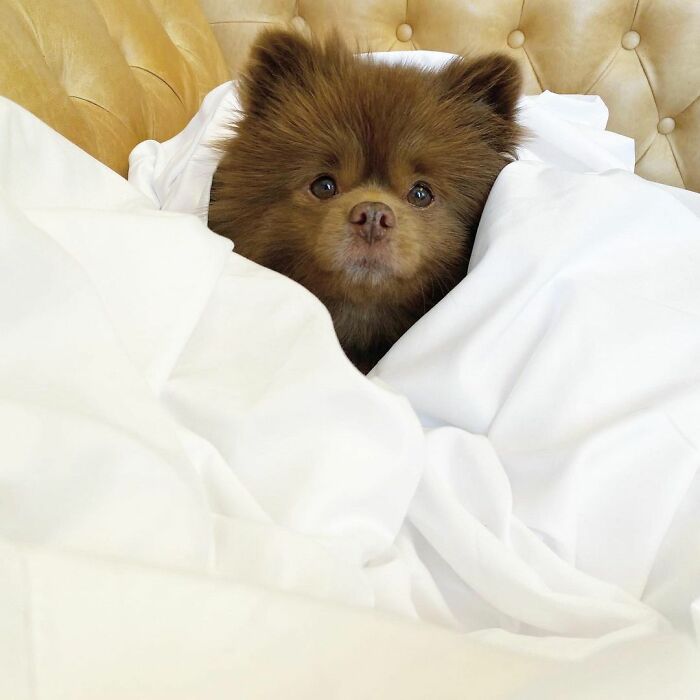