Victoria lived her life as one thing, and one thing only: a breeding machine. She was a puppy mill dog whose sole purpose was to produce litter after litter until one day, she was no longer needed. 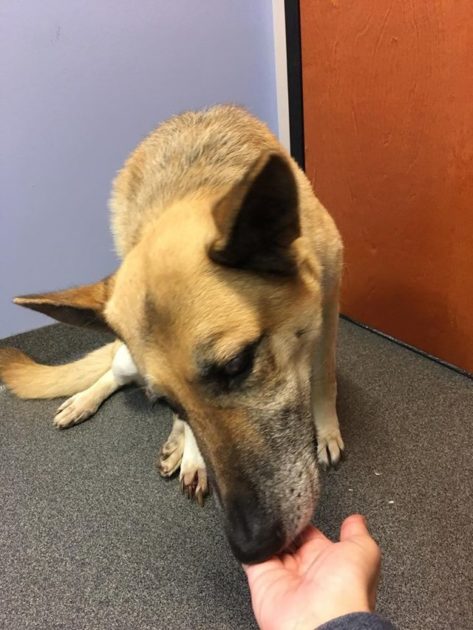 She lived her life in a puppy mill just outside Lancaster, PA. She didn’t know what it was like to be loved. In fact, she was severely injured several times including a bite to the eye by another dog that caused permanent damage. She also had her foot run over by a lawnmower. She didn’t receive any veterinarian care which worsened her injuries. Her life was truly heartbreaking.

Then, Victoria turned 10 years old. Since she was too old to have puppies, the farmer who ran the mill discarded her like trash. How heartless! But thankfully a rescue group called Finding Shelter Animal Rescue heard about Victoria and Herbert, its co-founder, went to pick her up.

When Herbert arrived at the farm to pick Victoria up, the farmer had put her in a cage at the end of his driveway. She was terrified and crying incessantly. The heartless farmer didn’t want the rescuer on his land and didn’t care one bit if Victoria was afraid or not!

Victoria was now safe but her condition was poor. She was covered in fleas, she could hardly walk and people terrified her. If anyone came near her, she would shake in fear and growl instinctively. The poor dog needed lots of help.

Victoria finally went to see a veterinarian and with proper intervention after a decade, she regained her ability to walk. Victoria could see that the humans around her cared for her and wanted nothing from her. She began to trust them and her outlook on those around her completely changed. 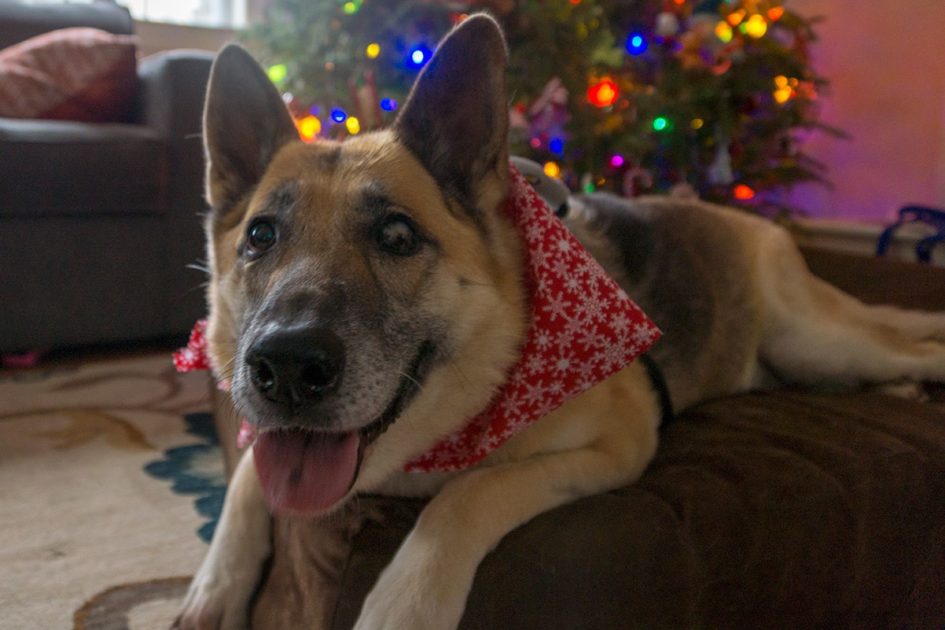 Then, sadly, Victoria began to show signs of a degenerative disease called Canine Degenerative Myelopathy. After all that she had been through and now her dramatic life change– Victoria was given less than a year to live. Her rescuers were heartbroken. 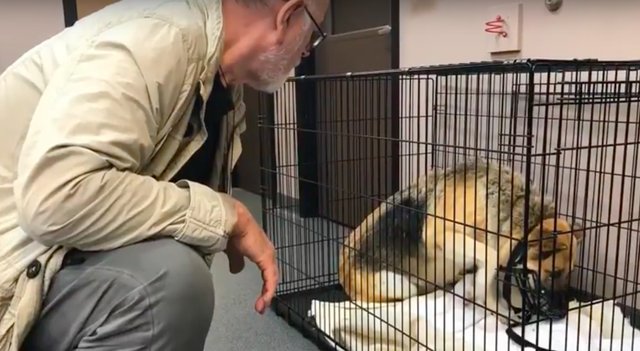 After hearing the devastating news, Herbert and his wife decided to do for her what she deserved all along: give her the perfect doggy life. They started a campaign called “V for Victoria,” a bucket list of all the things they thought would make her remaining days special, like buying the pup her first toy and seeing Santa Claus! 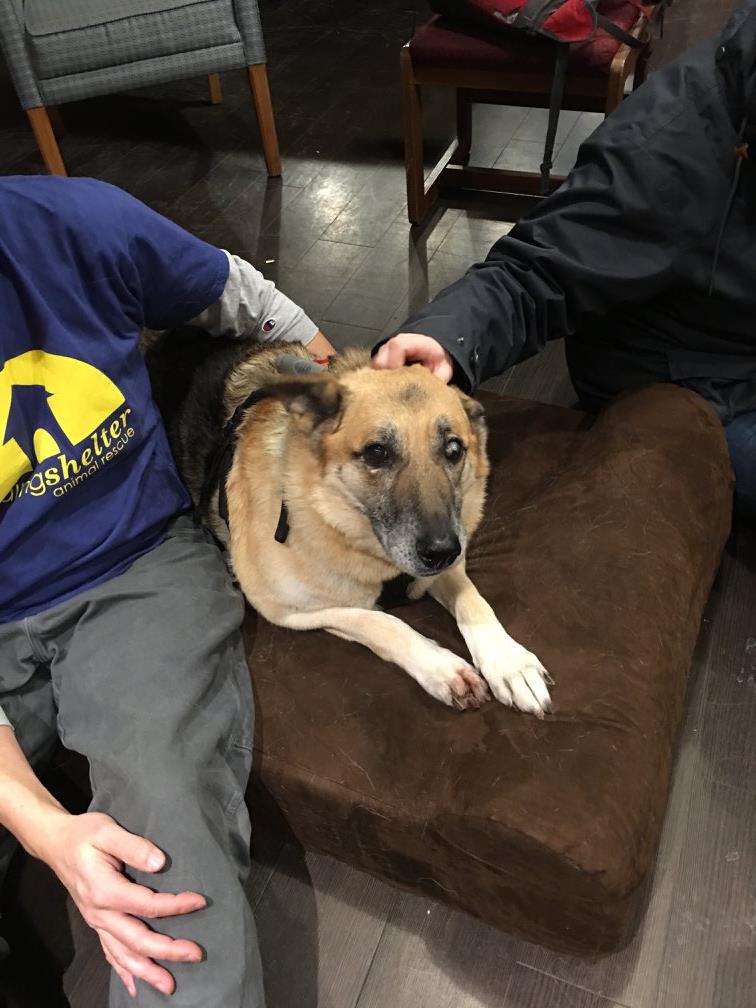 Victoria’s bucket list has included visiting a therapy dog at a college, being a guest DJ on a radio show and becoming an honorary K-9 officer! 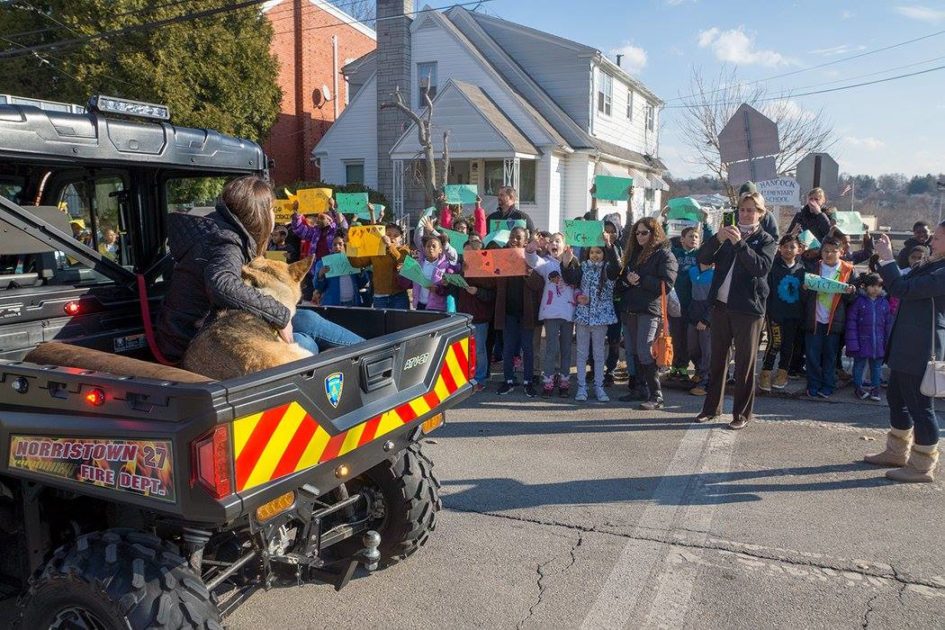 The best part of her bucket list: A local fire department heard about Victoria and wanted to do something extra special for the puppy mill survivor. They planned a parade just for her! The entire community came together to show the dog who survived so much that she’s loved, no matter what she was shown in her past. 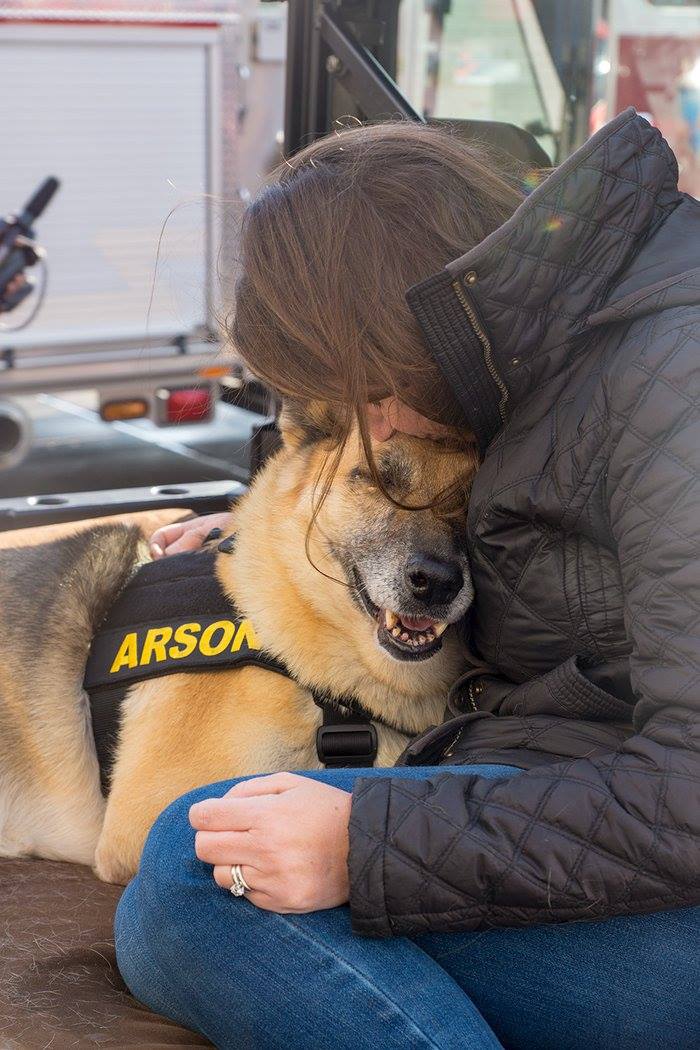 Victoria was thrilled! She smiled all the way through. The dog who was used and then discarded like trash finally knew what love was all about. Her life had always had meaning but she finally knew what that really felt like.