Many of us think of tigers, lions, cheetahs and leopards when we think of wild cats. However, there are hundreds of other species of cats in the wild that are just as remarkable, albeit smaller.

The “desert lynx”, or caracal, is one of them. 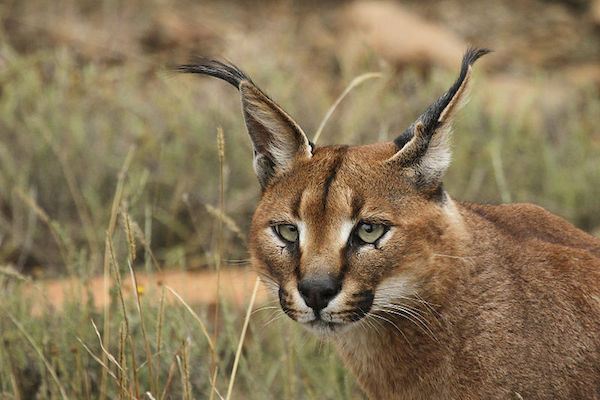 The beautiful cat is so named because of its tufted black ears. “Caracal” derives from the Turkish word “karakulak”, which means “black ear”. 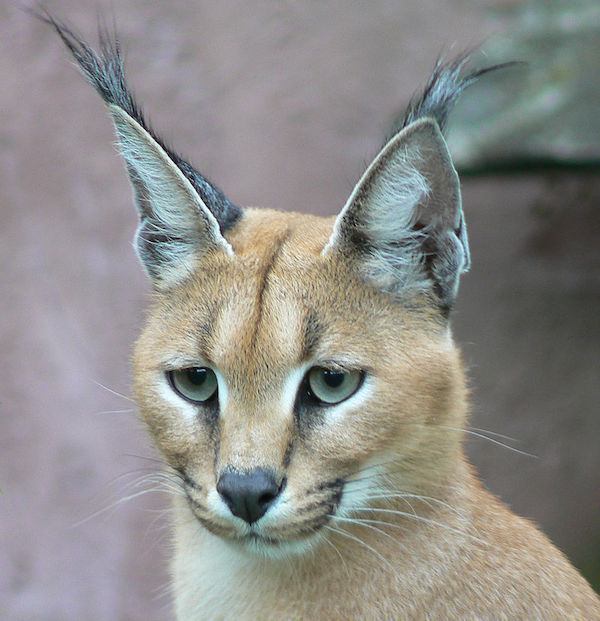 The caracal is not related to the lynx, however, and is native to Africa, Central Asia, Southwest Asia and India.

Many scientists have speculated about why caracals have ear tufts. It could be to keep flies out of their face, or help with camouflaging them. However, most believe the cat twitches its ear tufts to communicate with other caracals. Fascinating!