The friendly penguin just wanted to say “hello” when he hopped across the street to greet a man on the sidewalk.

The Tawaki, or Fiordland Crested Penguin, waddles over the road to stand snext to a man named Rodney. He seems interested in striking up a conversation and listens intently. 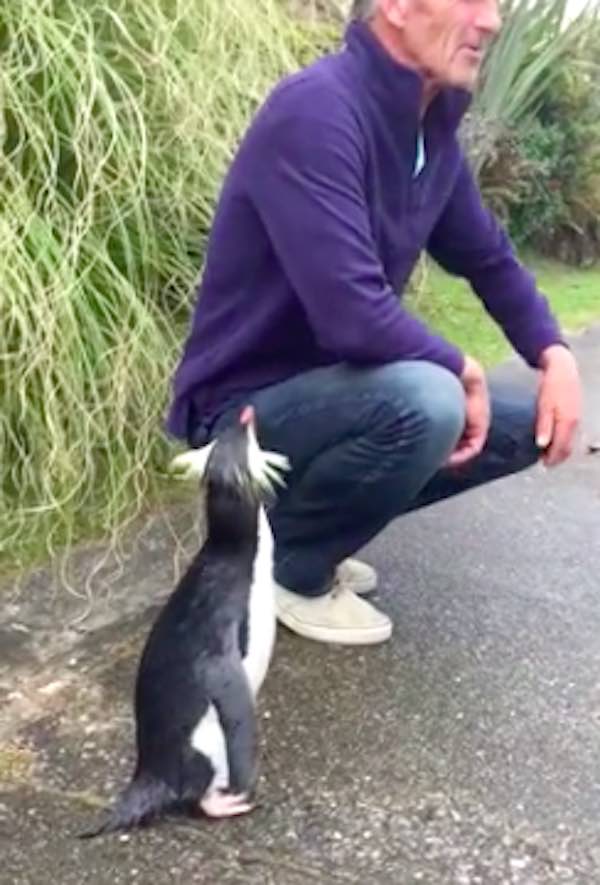 The couple who recorded the video of the penguin were visiting a town in Southland, New Zealand where the penguin is a regular sight and wrote: 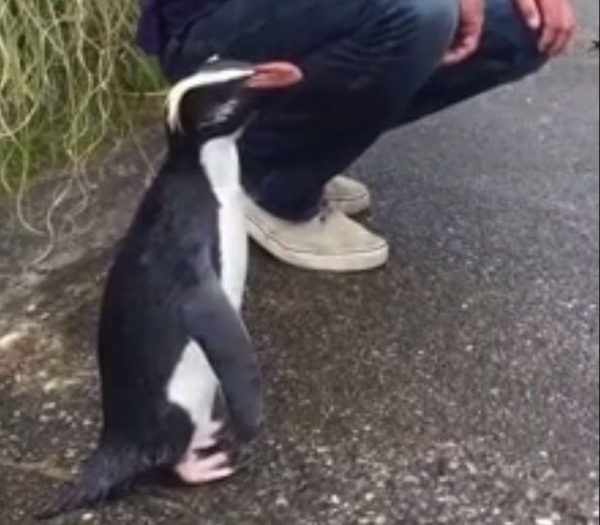 “As he approached, my husband squatted down, and the penguin walked right up and stood next to him. Cars began to stop and my husband began to entertain the crowd with the story he made up in the video.”

“The penguin then walked around crossing the street to visit with other people who had stopped to take its photo. He was not afraid of any of the people who approached him and seemed to be entertained by the attention.”

“A local policeman stopped by and informed us that he was often in the area, liked to play in the bushes behind the homes in the area and that he would safely make his way back to the water when he was ready.”

“I have since been told that he often visits a local who has a son with cerebral palsy and often knocks on the door of another neighbor with his beak when he wants a feed.”

This Tawaki isn’t the first penguin to be friendly to humans. A Magellanic penguin befriended a man in Brazil and returns every year to visit him.

Sadly, these penguins native to New Zealand are vulnerable to extinction, with their main threats due to imported predators such as dogs, cats, rats, and especially stoats (weasels).

They live along the south-western coasts of New Zealand’s South Island as well as on Stewart Island/Rakiura and its outlying islands.

But it looks like this particular Tawaki has decided to forego the rainforest in favor of life in town.