The so-called pipevine swallowtail of California has iridescent blue-colored wings, and collectors consider them among the most important and magnificent ones found in the area of North America.

This beautiful butterfly thrives in San Francisco for centuries, and also around the so-called Bay Area. However, as this particular region was increasingly urbanized during the early 1900s, this butterfly species started disappearing. Nowadays, people living there can extremely rarely spot it.

Tim Wong, who is an aquatic biologist at the Academy of Sciences in California, made the bringing of this butterfly his personal goal and mission, and he is on the way of something very promising.

He also mentioned that this specialized enclosure even protects them from predators, increasing the opportunities for mating, and serves just like an environment for studying and observing these insects in order to comprehend better the criteria that the females look for in the ideal host plants. 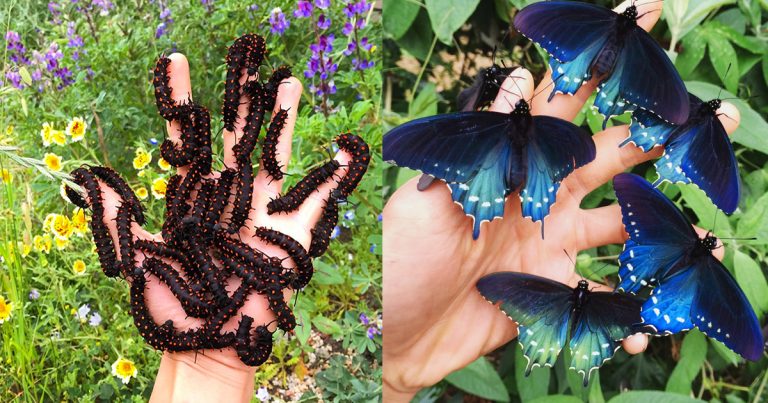 Right after their habitat has been prepared he scouted out about twenty caterpillars from several residences outside of the city, which were with better vegetation, and he collected them, of course, with permission. Then, Wong carefully transported them to his home and set them loose in their new mating and feeding grounds.

After six weeks, these hungry caterpillars all turned into beautiful butterflies, while the females started laying some tiny and red eggs. They did that on the pipevine plant’s stems. This was all successful.

After a few generations, the butterflies started multiplying exponentially. He had more than he made space for, so he started donating some caterpillars to the so-called Botanical Gardens, from where the food for the butterflies originated. 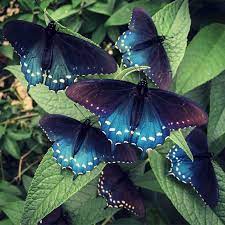 Although some other conservationists repopulated this butterfly in Sonoma and Santa Cruz counties, he had succeeded in making the primary and the single successful attempt around San Francisco.

Somewhere in the 1980s, one woman called Barbara Deutsch also tried reintroducing this species with about 500 caterpillars; however, they vanished right after several years.

Wong attributed his success mostly to the caterpillars’ habitat which he created. During the last seven years, Wong cultivated over 200 pipevine plants, without pesticides or herbicides.

He says: Improving habitat for native fauna is something anyone can do. Conservation and stewardship can start in your very own backyard.