Gregory, a 2-year-old beagle who had been scheduled to be put down, couldn’t keep his paws off his savior on the way home.After coming close to being euthanized, a dog in Ohio got a new lease on life — and his look of affection and gratitude is resonating with animal lovers.

“The BEST Freedom Ride Picture EVER!” wrote Schenley Kirk in a Facebook post that has been shared more than 8,000 times, and shows her husband, Joe, rescuing the pup. “‘Gregory’ is one thankful and appreciative Beagle! He KNOWS he is SAFE!”

The couple, who co-founded Hound Rescue and Sanctuary, pulled Gregory off the “rescue only” list on May 1 — only two days before he was scheduled to be euthanized.

Schenley told TODAY that her husband, who picked up the dog, told her, “All (Gregory) wanted to do was to be touching me and cuddling up against me (during the car ride).”

The 2-year-old beagle was found as a stray and brought to the Franklin County Dog Shelter in Columbus on April 25. Initially, the shelter found him to be a healthy dog, however, upon further examination, they discovered he was heartworm positive. That’s why the shelter placed him on the euthanasia list.

Schenley, who regularly checks surrounding shelters for condemned animals, spotted Gregory and knew right away that she had to save him.

After driving two hours to pick up the dog, Joe told TODAY their first meeting felt like they’d “known each other for years.”

“When we transport dogs, we usually transport them within a crate,” Schenley said, but Joe chose to tether Gregory in the back seat instead because he felt like the animal had been caged up for too long. “My husband knows better than to be taking pictures when driving,” said Schenley. “When my husband sent me these pictures my first reaction was, ‘Honey, why isn’t he in a crate?’”

Joe later joked to his wife, saying, “Don’t you feel bad (for getting annoyed) now that it went viral?”

Since the drive back to the city of Findlay, Gregory is adjusting well to his new life and the Kirks have started him on heartworm treatment. Schenley describes him as “a very well-behaved little boy.”

“He is very loving, very affectionate,” she added. “He loves to be next to you. He loves to give kisses.” 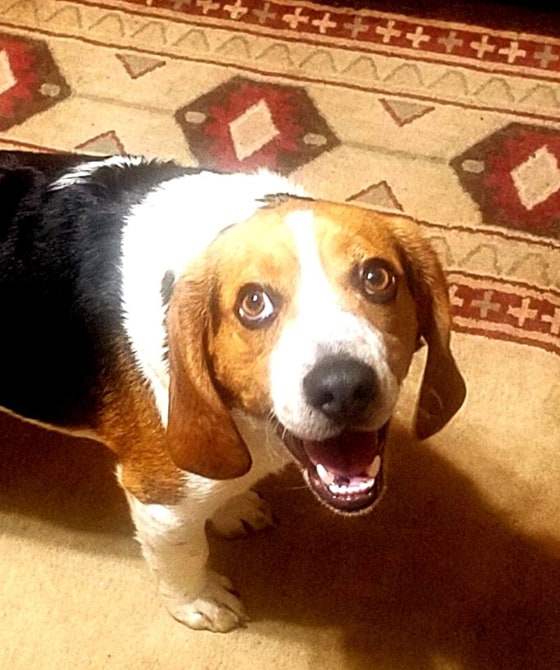 Not surprisingly, the Kirks already have an adoption offer for Gregory. A Columbus-based couple saw Schenley’s Facebook post only hours after it was uploaded and immediately reached out to express interest. As soon as Gregory is cleared by a veterinarian in approximately two months, he will have his first meet and greet with his prospective new family.

“That is why we do what we do. That is what makes it all worthwhile, knowing that we are able to save the lives of these dogs in need,” Schenley said. “And their appreciation and the love they give back is amazing. There’s nothing better.”