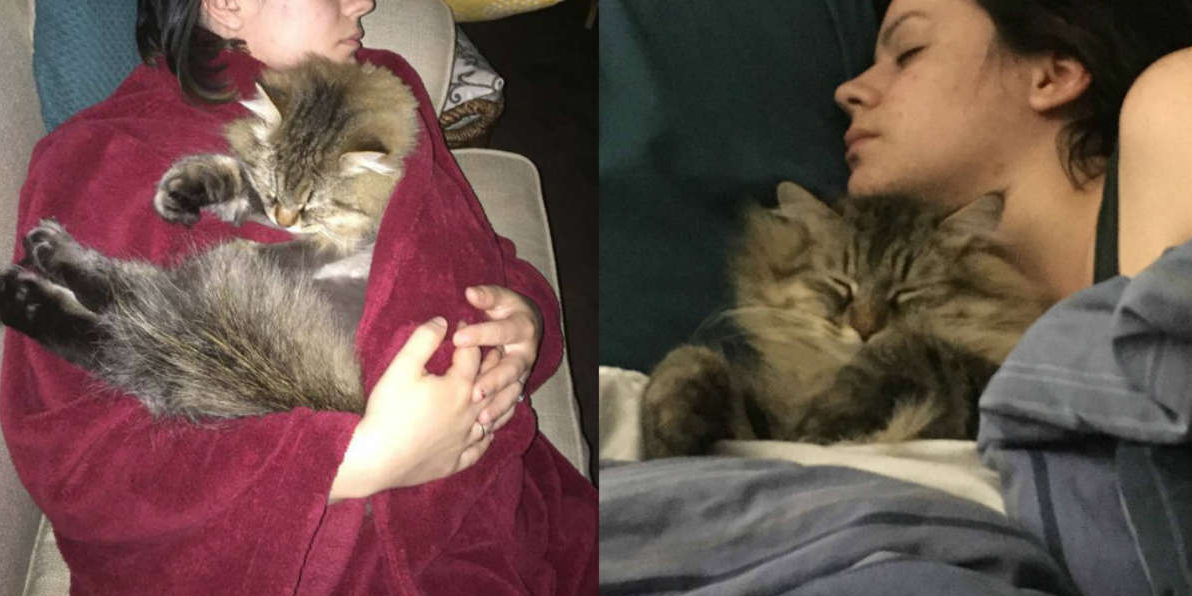 Lisa Kitchen and her husband got their cat, Max, when he was just a kitten, as soon as they got back from their honeymoon. Kitchen’s 19-year-old cat had just passed away, and she desperately wanted another one — but from the day they got him, Max made it very clear he preferred Kitchen’s husband over her. 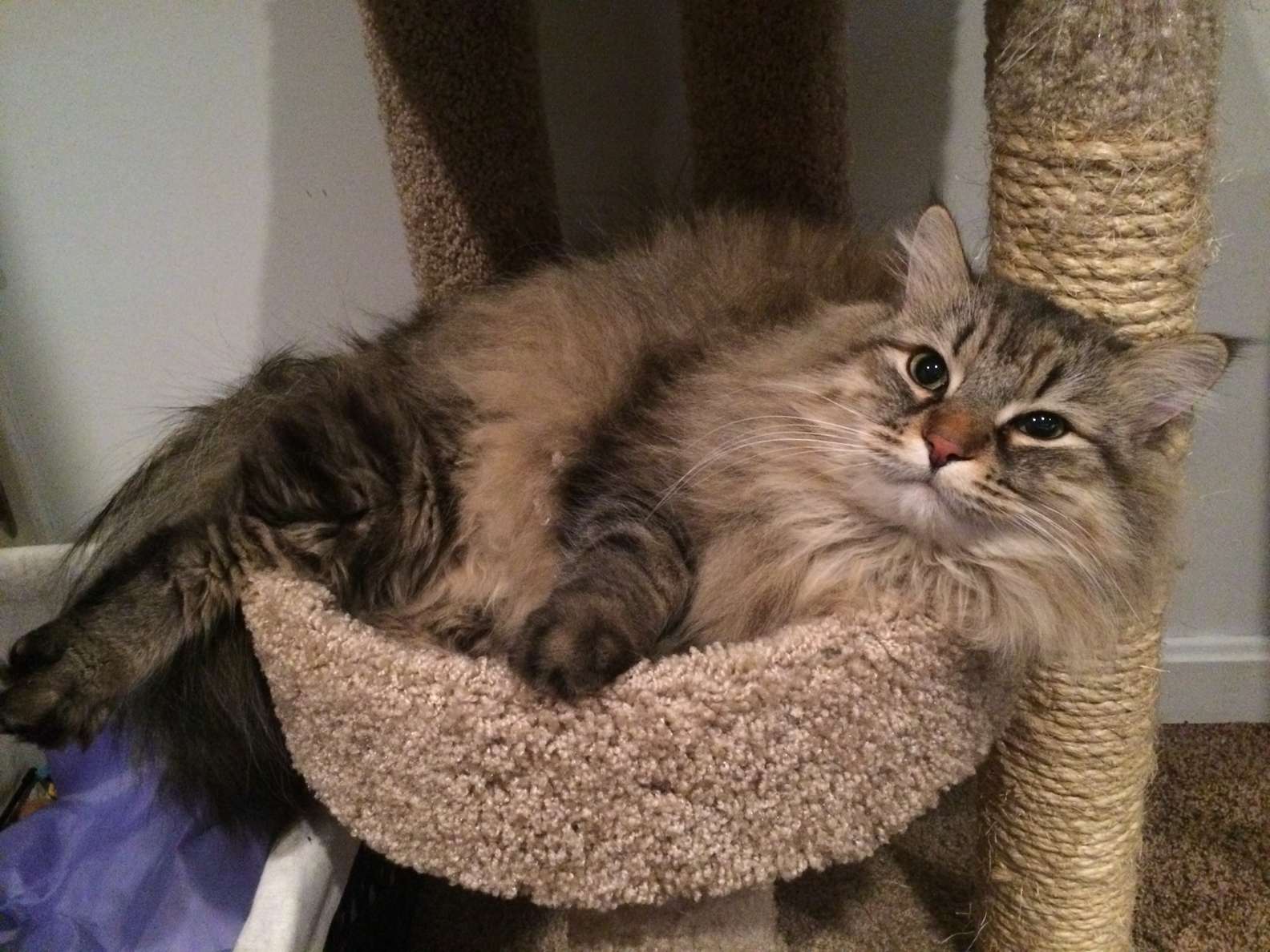 “When we first initially got Max he instantly was attached to my husband,” Kitchen told The Dodo. “He would curl up on his chest and fall asleep. He would meow for him to pick him up. Me, not so much.”

Max has always been an incredibly playful, affectionate cat, but for some reason, never with Kitchen. He never cuddled or played with her, or paid her very much attention at all — until one day, everything changed. 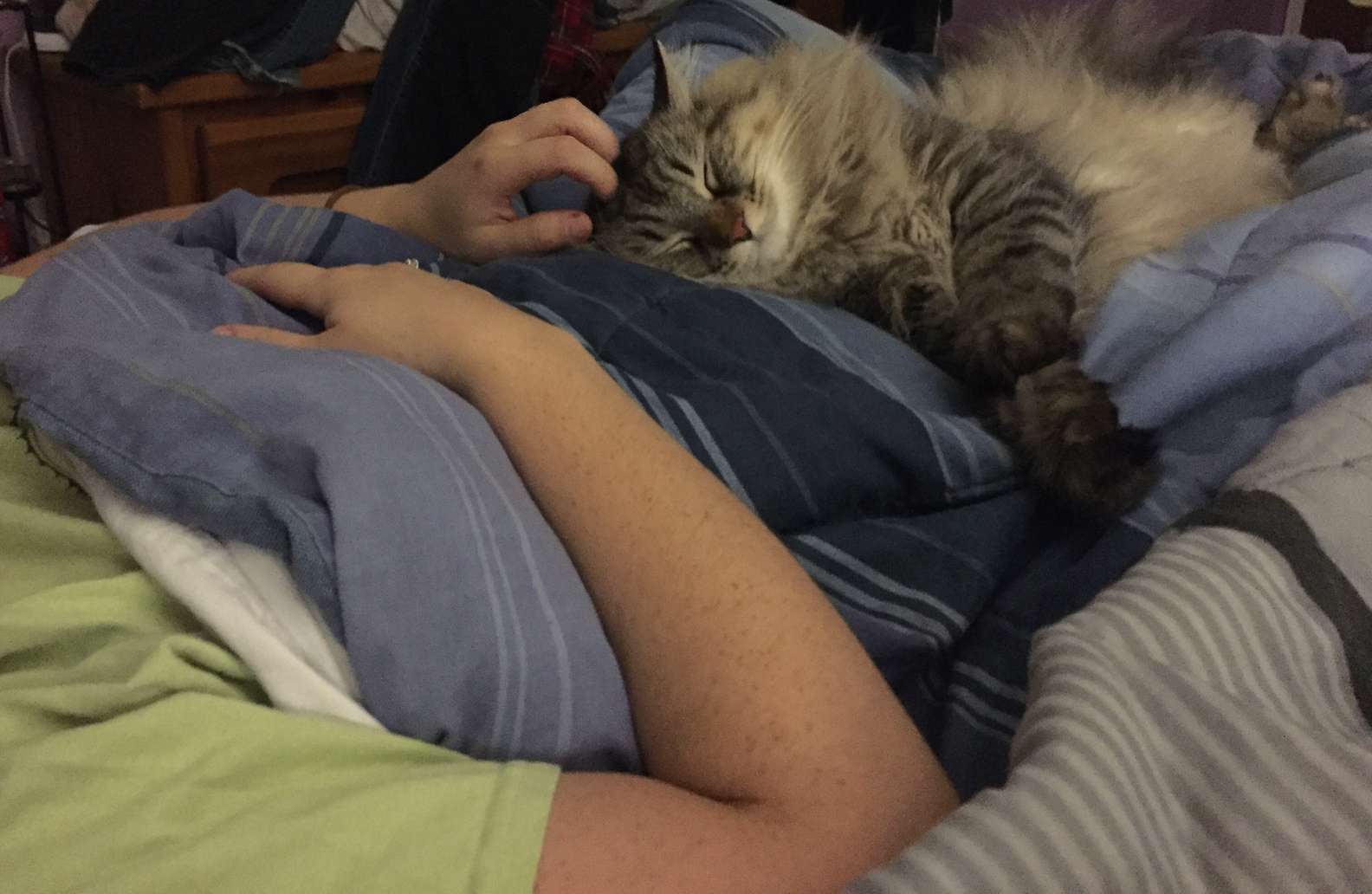 Kitchen came home from work to Max meowing loudly at her, as if he wanted her attention. He continued to randomly meow at her for several days, and Kitchen decided to try giving him some love in return, which weirdly, he happily accepted. It was strange, but Kitchen didn’t think too much of it, until Max started cuddling with her while she slept. 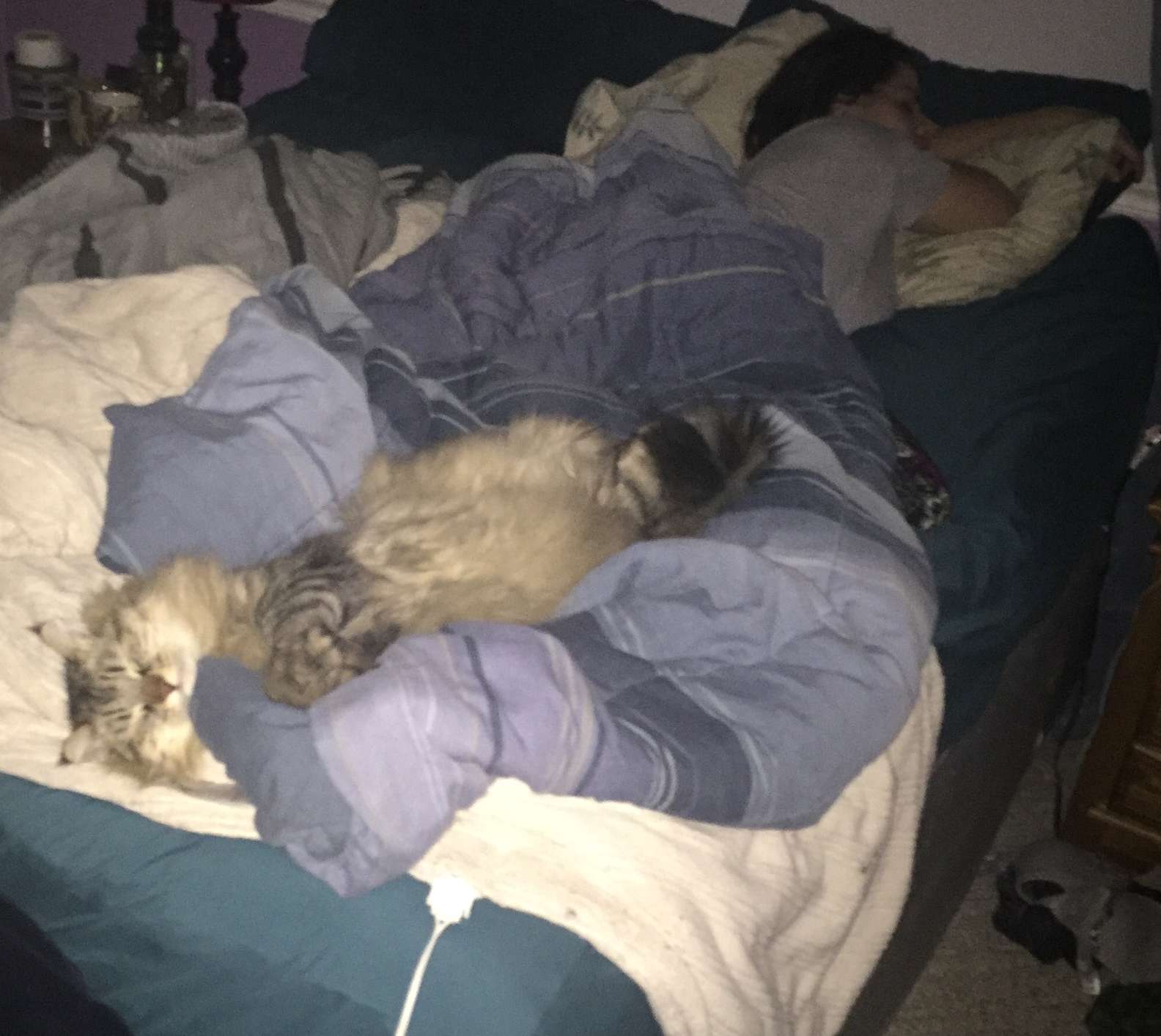 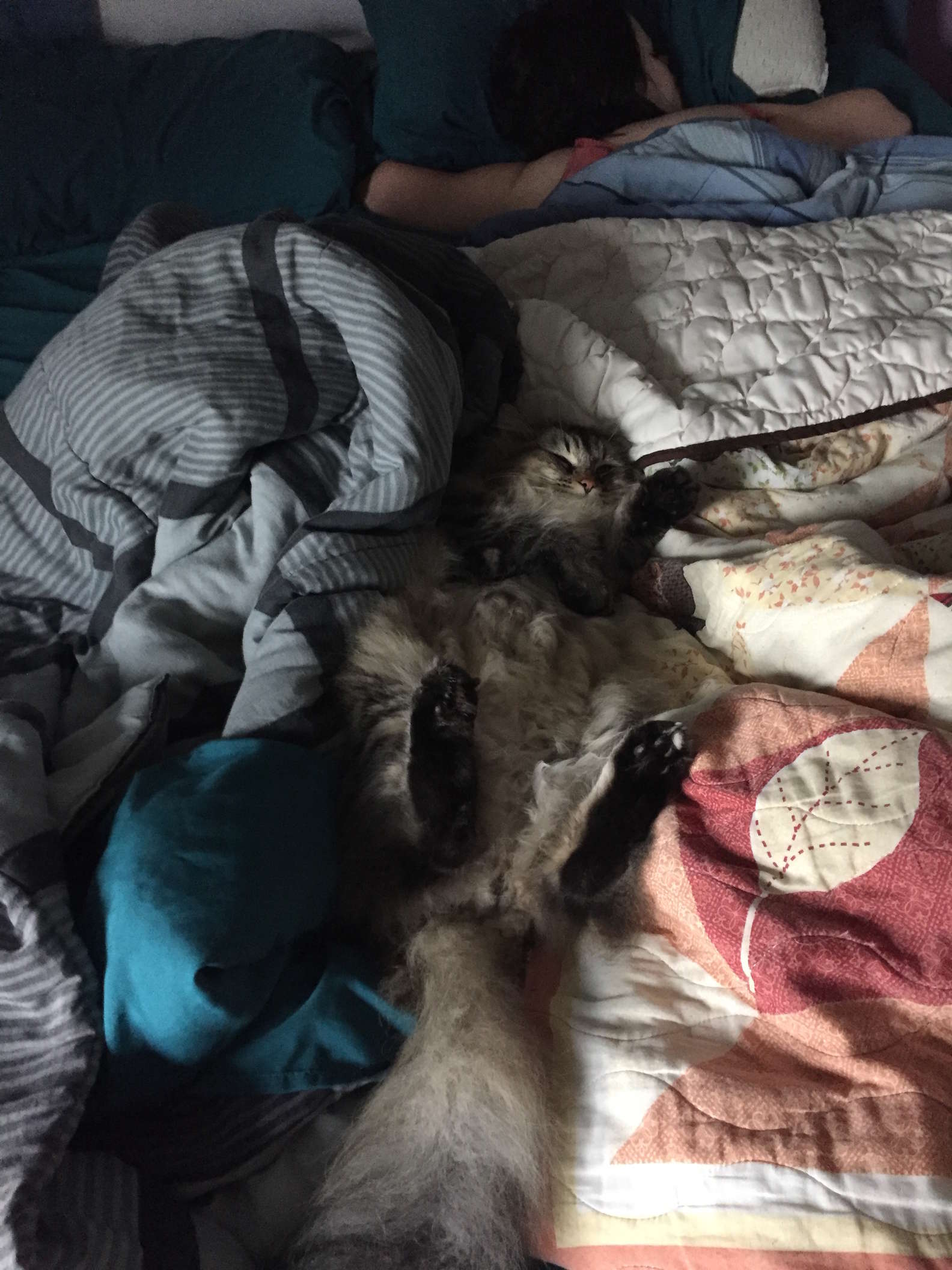 At this point, Kitchen knew something had to be going on. There had to be a reason that Max was suddenly so into her — and that’s when she took a pregnancy test.

Somehow, Max could sense that his mom was pregnant before she even knew, and became her little protector, wanting to keep her safe and loved as she carries his new little sibling. 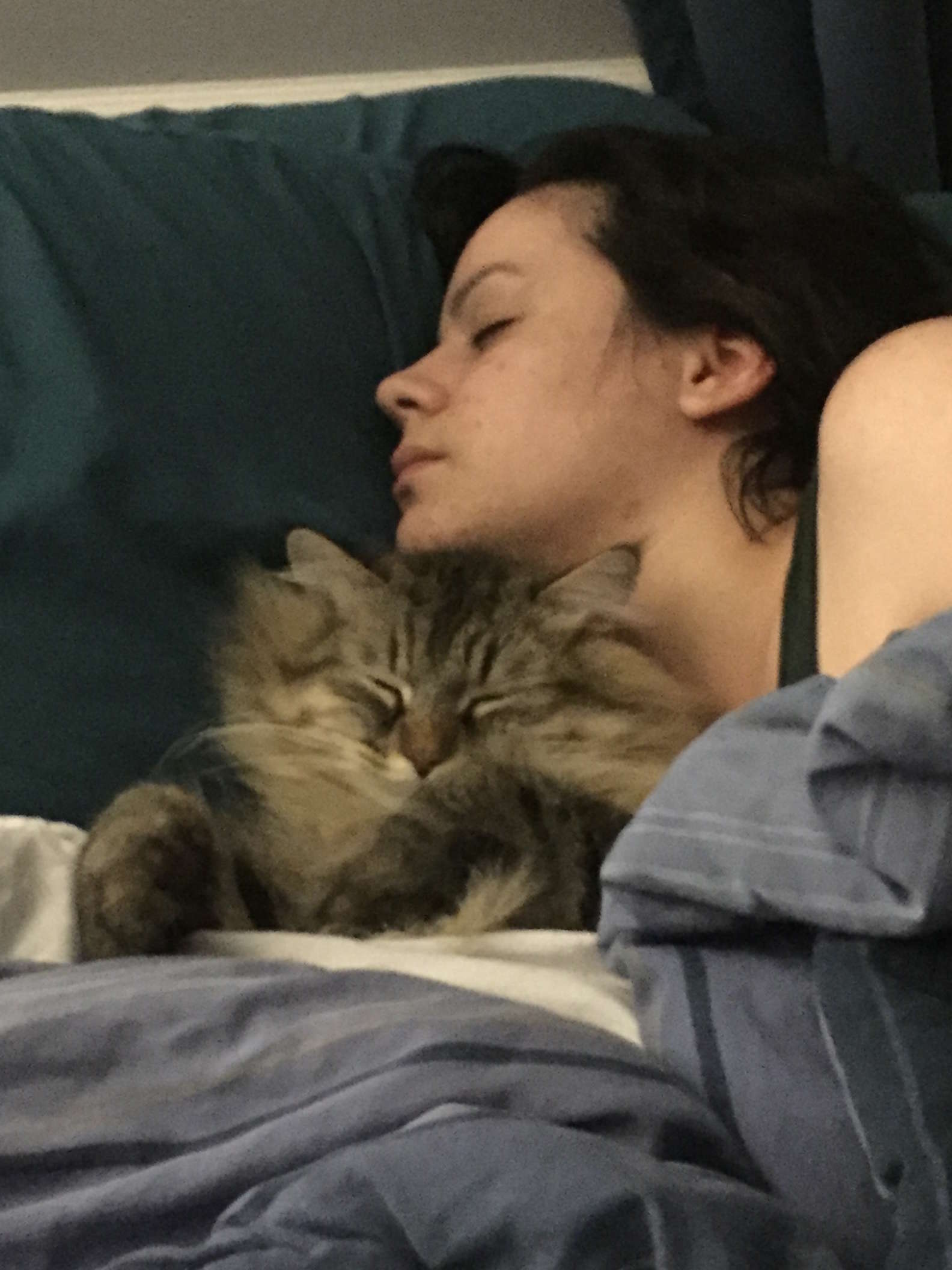 Max is still insanely attached to his mom now, and tries to be at her side at all times. He cuddles with her constantly, and Kitchen is trying to soak up every moment of it until the baby is born in June. 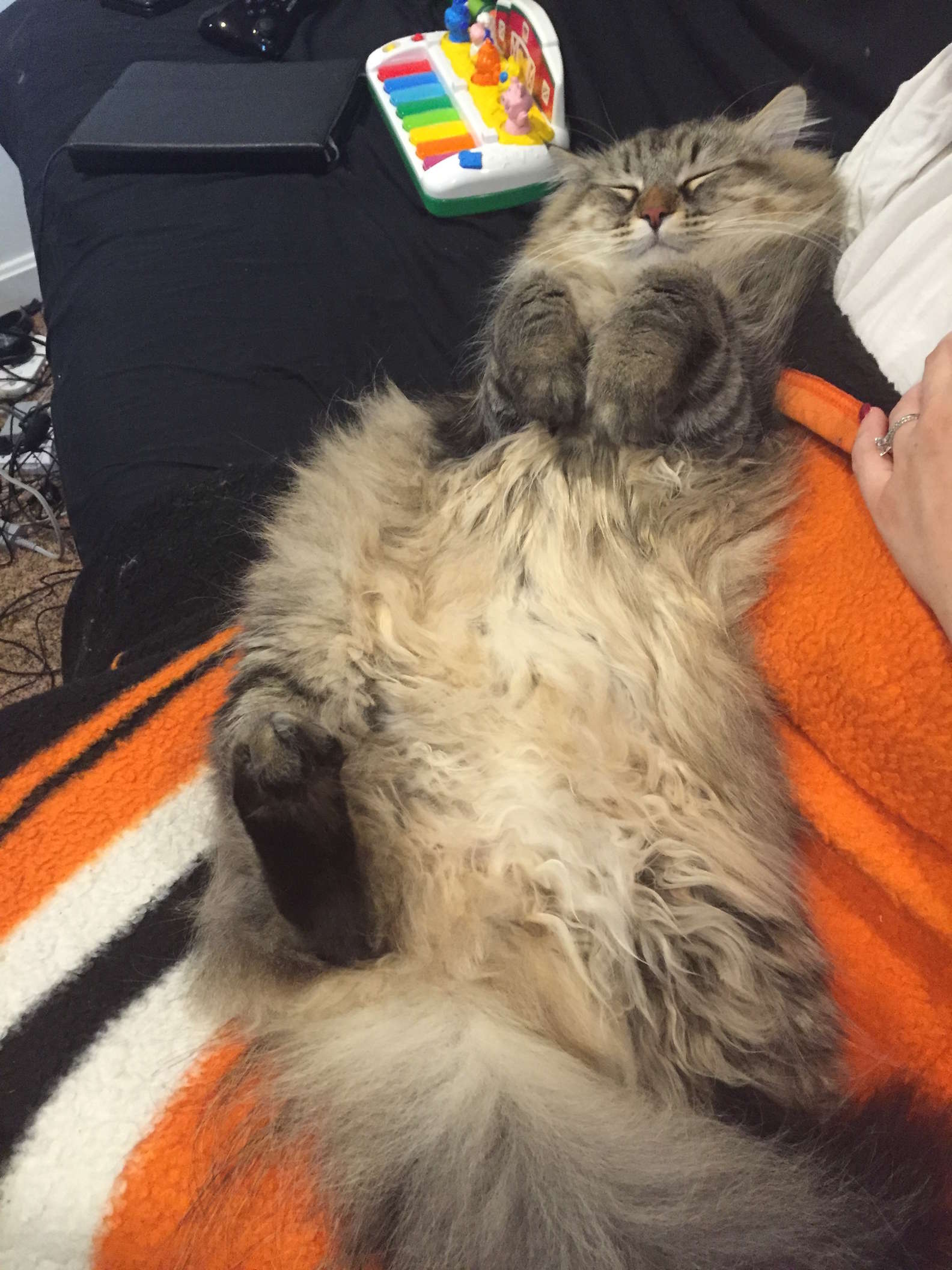 “He rubs on my legs now, he screams for me if he doesn’t know where I went,” Kitchen said. “I have to yell, ‘Mommy’s downstairs, Max,’ and then he chirps and runs down the stairs for me. He has been Velcro ever since. Now at nighttime I have to make a space for him on the bed near me, he doesn’t bother with my husband anymore.” 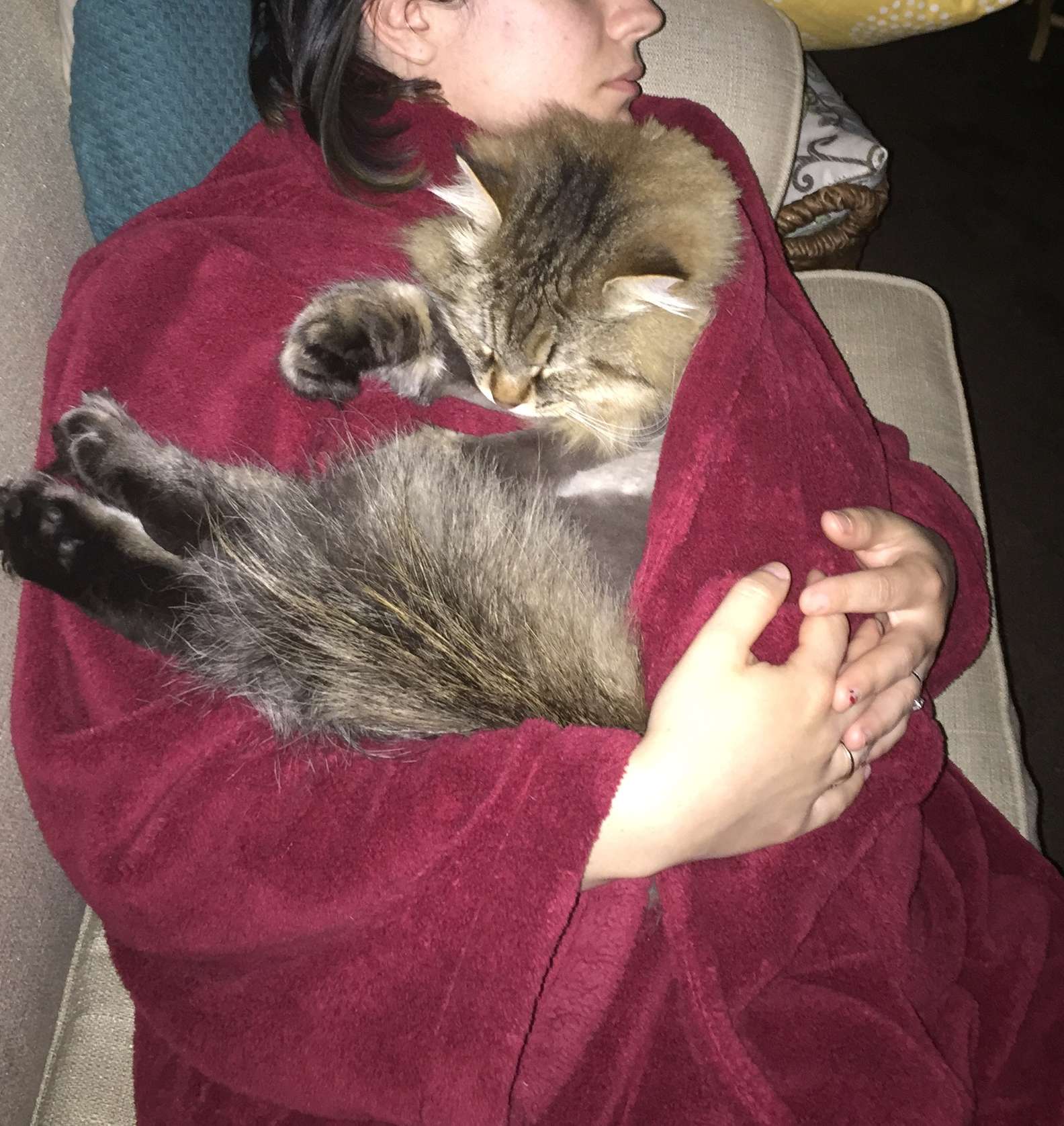 Kitchen knows Max could go back to being aloof at any moment — or maybe he’s just waiting until the baby is born, and will then transfer all of his love and attention to his new baby sibling.