Someone was walking down the street in Middlesex, England, when they saw a passing van open one of its windows — so someone could throw a small black pug onto the street. Horrified, the pedestrian immediately rushed over to the pug to see if she was OK, and brought her into a nearby shop to get checked over before contacting the RSPCA.

The sweet little dog, later named Peggy, was immediately rushed to a local vet, who determined that while she had no injuries from her ordeal, she was in very bad shape from whatever situation she’d come from. She was incredibly skinny, with missing patches of fur, and had clearly been used to breed litter after litter, until she physically couldn’t do it anymore. 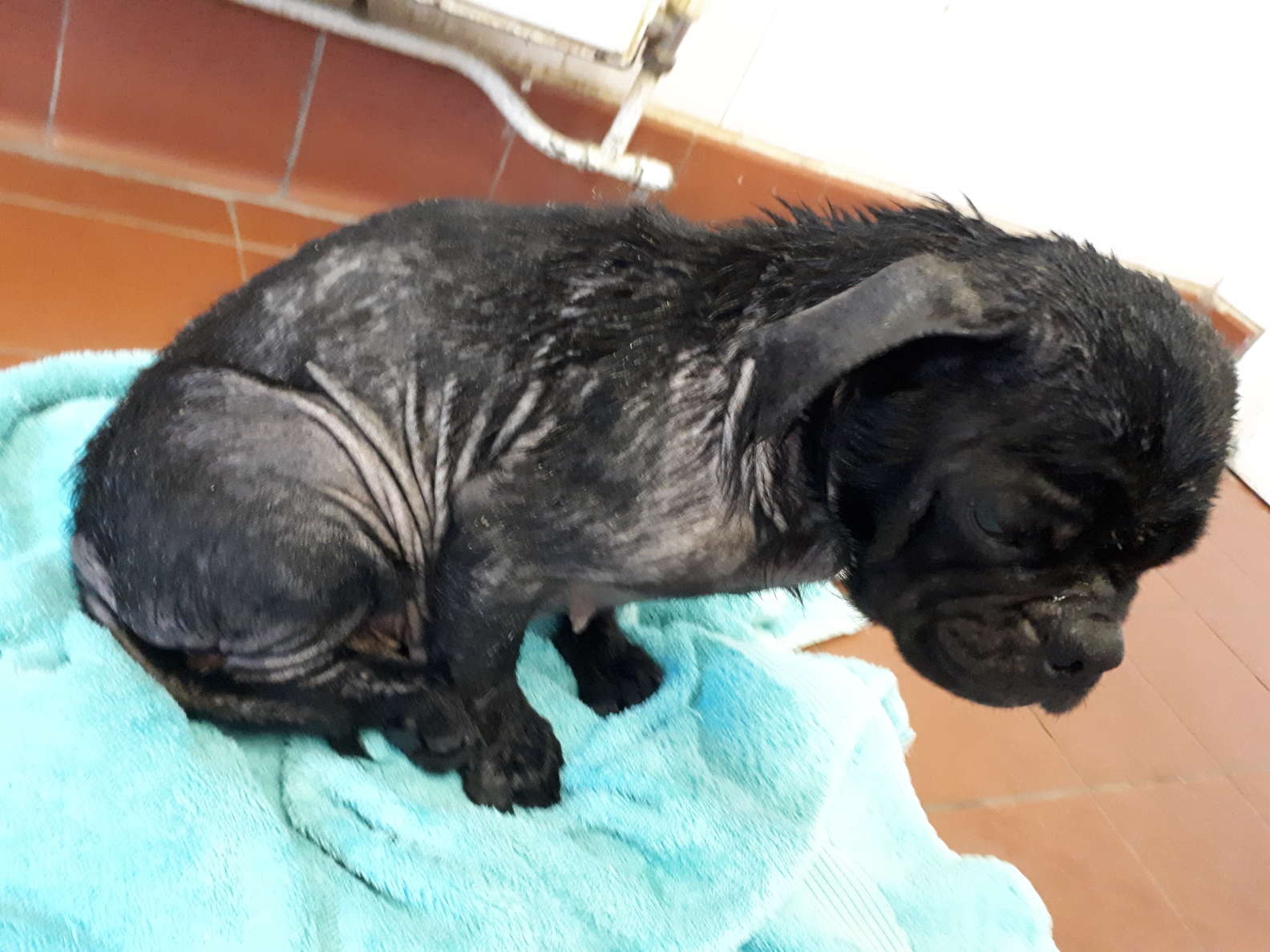 “Mentally you could see she was scarred too, you could see the sadness in her eyes — God knows what she’d been through for most of her little life,” Liz Wood, deputy manager at the RSPCA’s Millbrook Animal Center, said in a press release. “I suspect she’d been kept as a breeding machine to produce puppies which could be sold … for large numbers. Then, when she came to the end of her shelf life, they discarded her like rubbish. It’s heartbreaking and utterly despicable to treat a dog like a disposable object.” 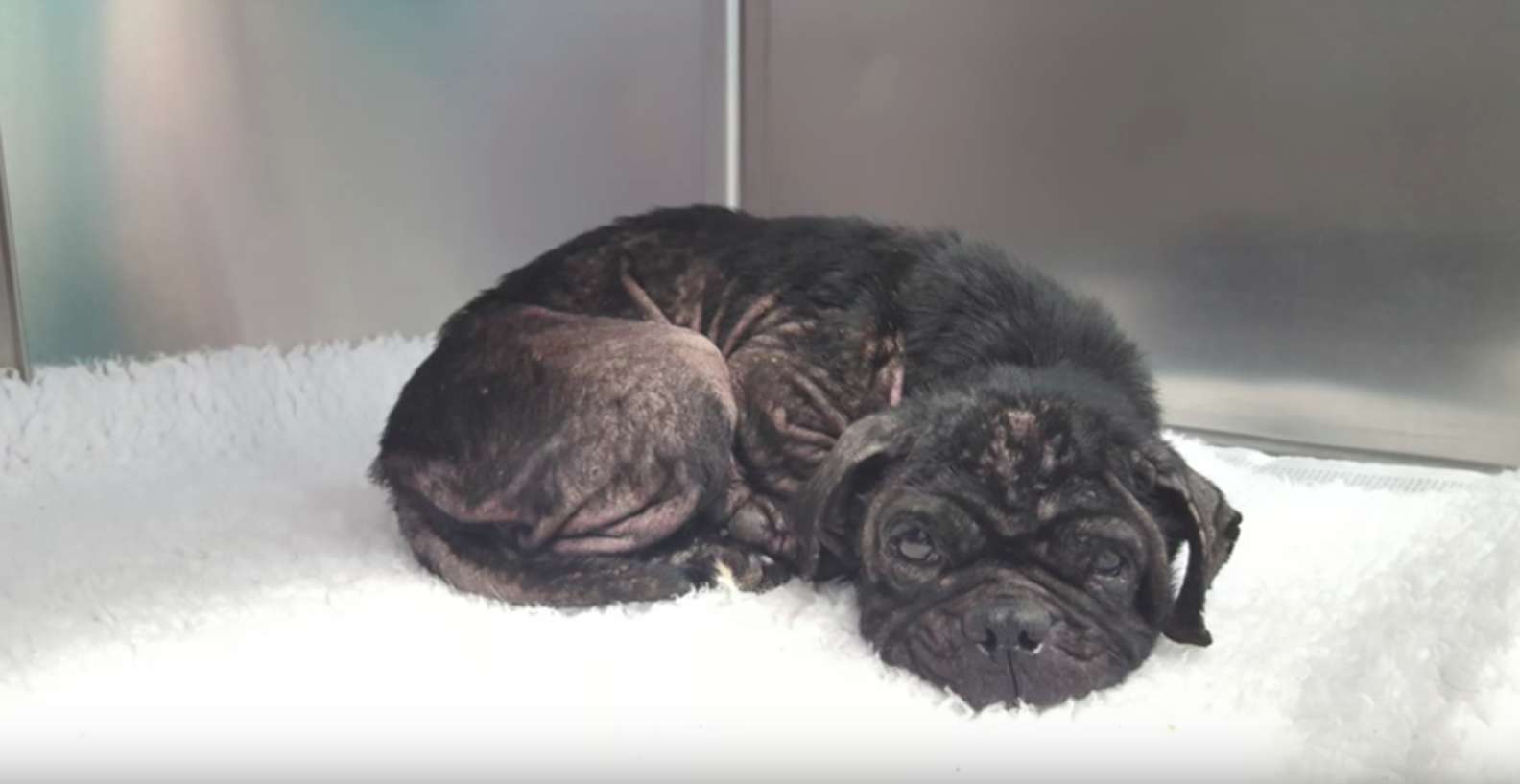 Poor Peggy was so scared and defeated, her rescuers knew she would need a little extra TLC in order to heal, so Wood decided to take her home herself and become her foster mom.

While she was a little nervous at first, Peggy came out of her shell more and more each day with the help of her foster sibling, and is now doing so much better under the watchful eye of her loving foster mom. She comes to work with her at the shelter every day and goes home with her every night, and is finally learning to trust people again. 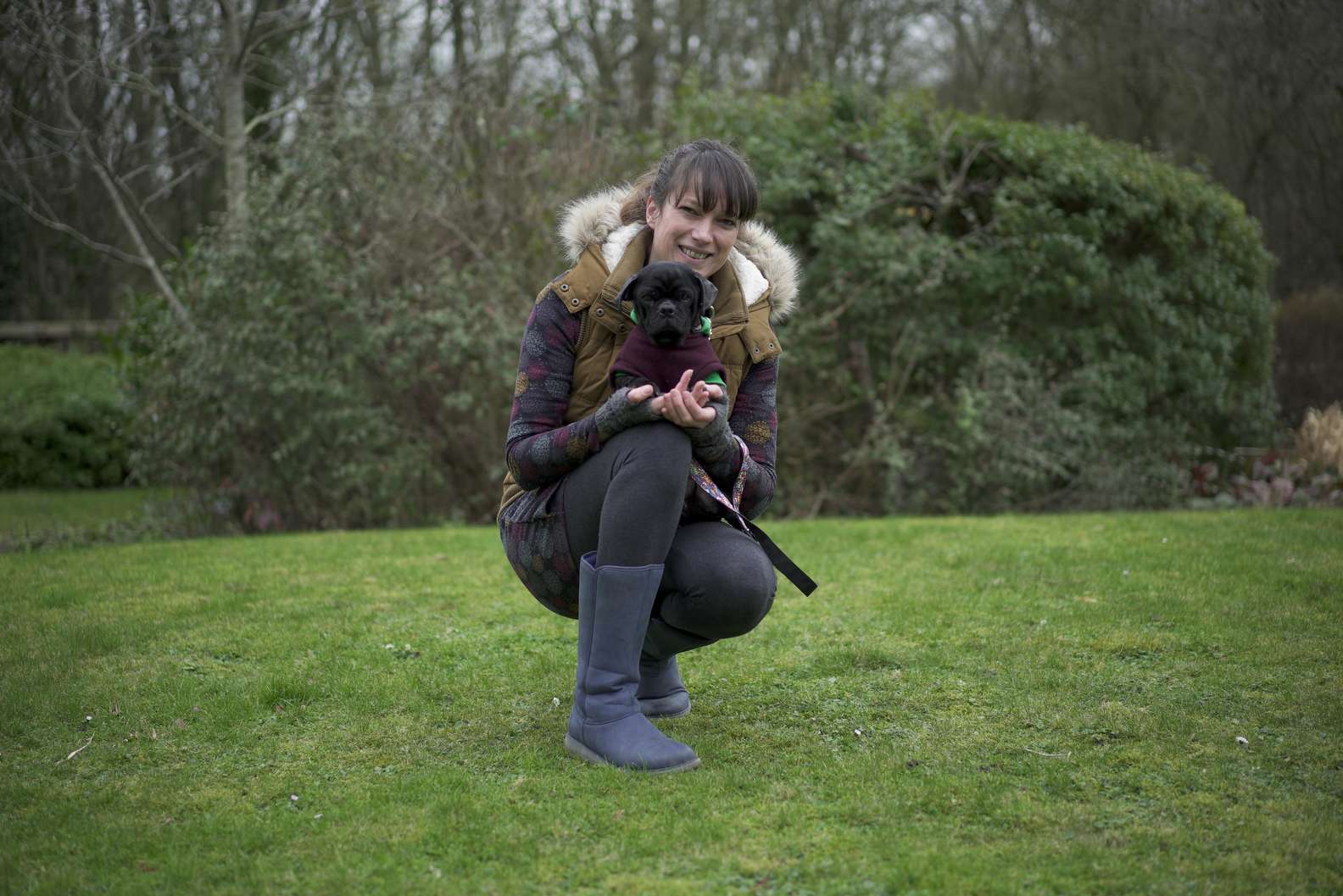 “We’re starting to see her cheeky side now,” Wood said. “She barks when she wants food and she makes funny little grunting noises when she is pleased to see you — her whole body wags, it’s adorable! She’s such a sweet dog and will make a wonderful companion for someone.” 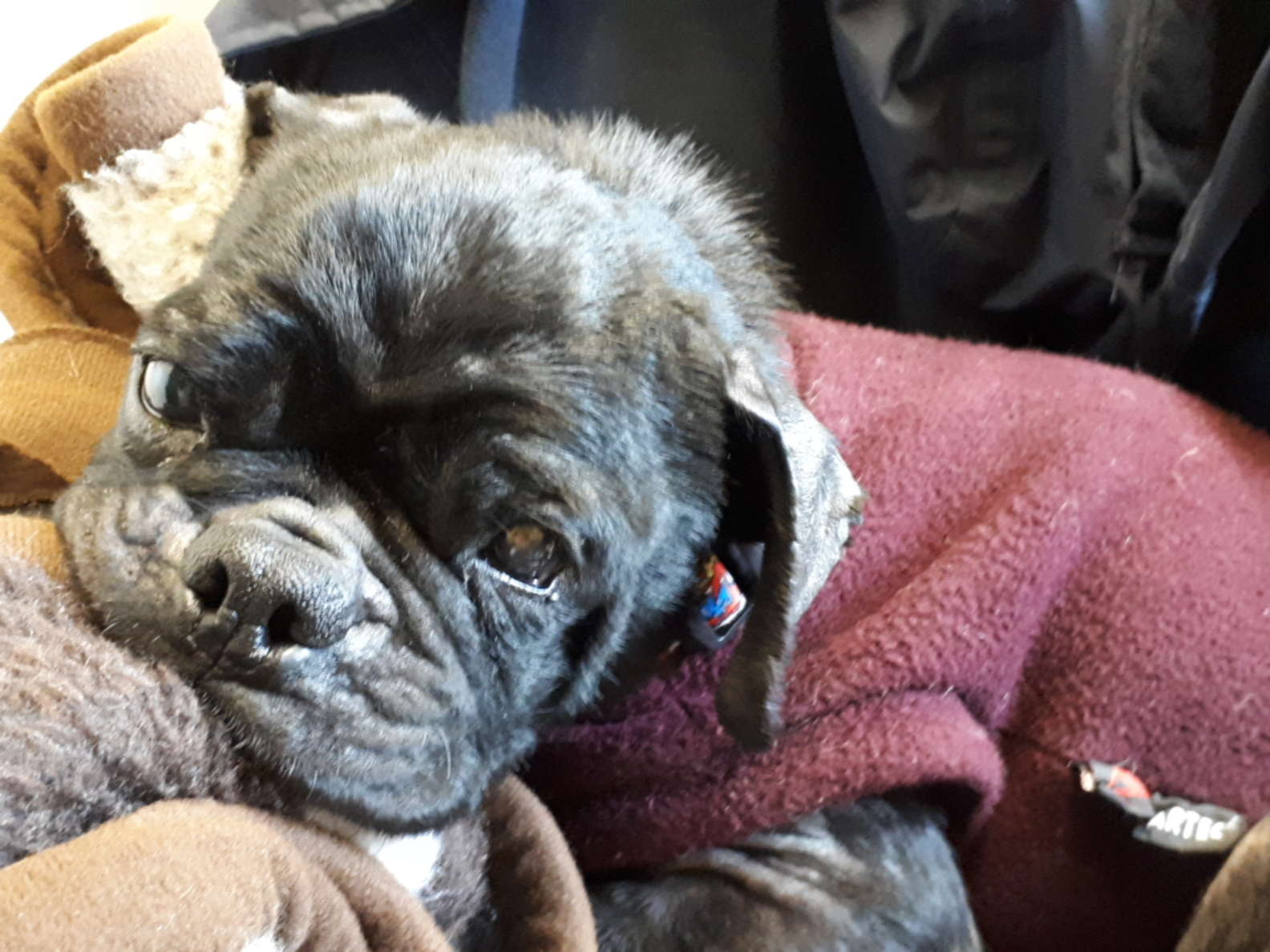 Peggy is still healing from her past, but once she’s fully recovered she’ll be looking for a loving forever home, and everyone who has met her can’t wait to send her off to her new life. The RSPCA is still looking into who could have done this, and will continue to fight against puppy farms and backyard breeding in general. 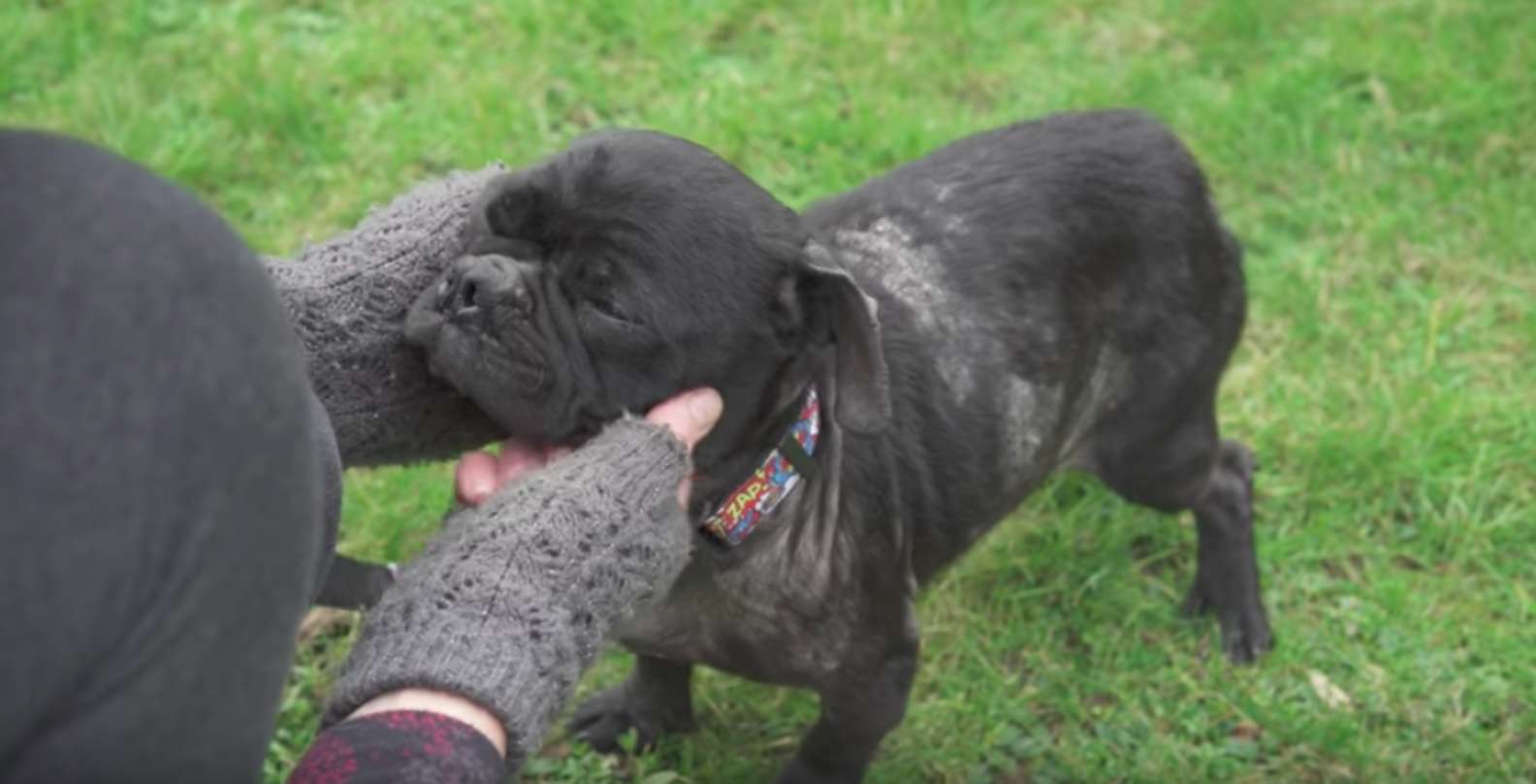 “This is why we need tougher regulations around the breeding and selling of dogs and we hope proposals by the government to bring in licensing and new regulations will help,” Wood said. “We’re also urging the public to consider rescuing a dog, like Peggy, instead of buying a puppy. The RSPCA has thousands of wonderful dogs of all shapes and sizes, with different stories and backgrounds, waiting for their forever home.”