Spot the pig was just a baby — but he had already met his soulmate.

Rescued from a family who bought him as a pet on a whim, Spot was 8 months old and living at his new home when he met little Sientje the piglet. Their new mom, Rachel Vos of Aubel, Belgium, saw the connection right away. For the next 13 years, the pigs rarely left each other’s sides. Whether grazing out in the pasture or lying out in the sun, wherever Sientje went, Spot followed close behind. 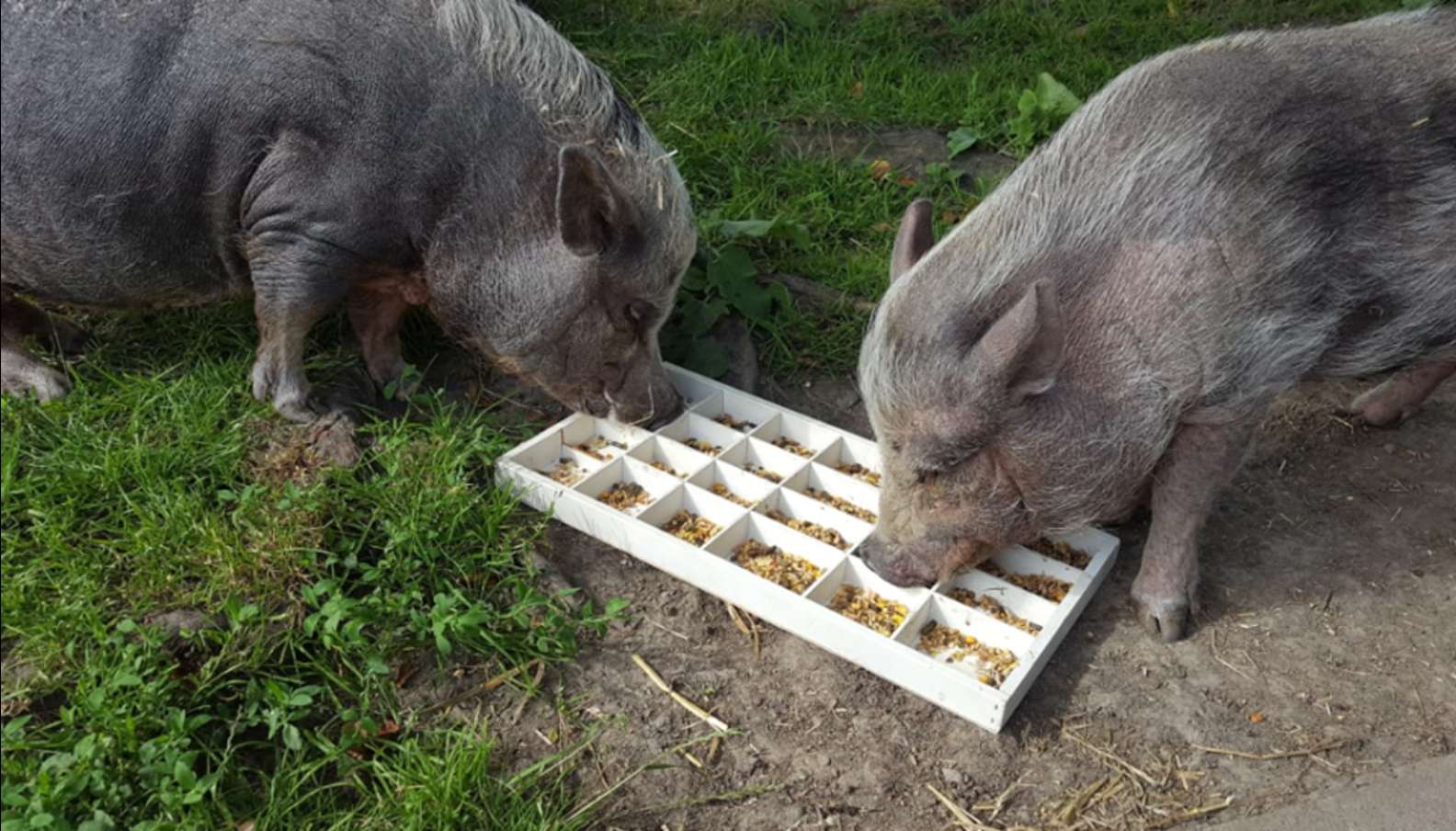 And his devotion remained until the day Sientje passed away. She had severe osteoarthritis, and it had progressed so far that she needed to be put to sleep. 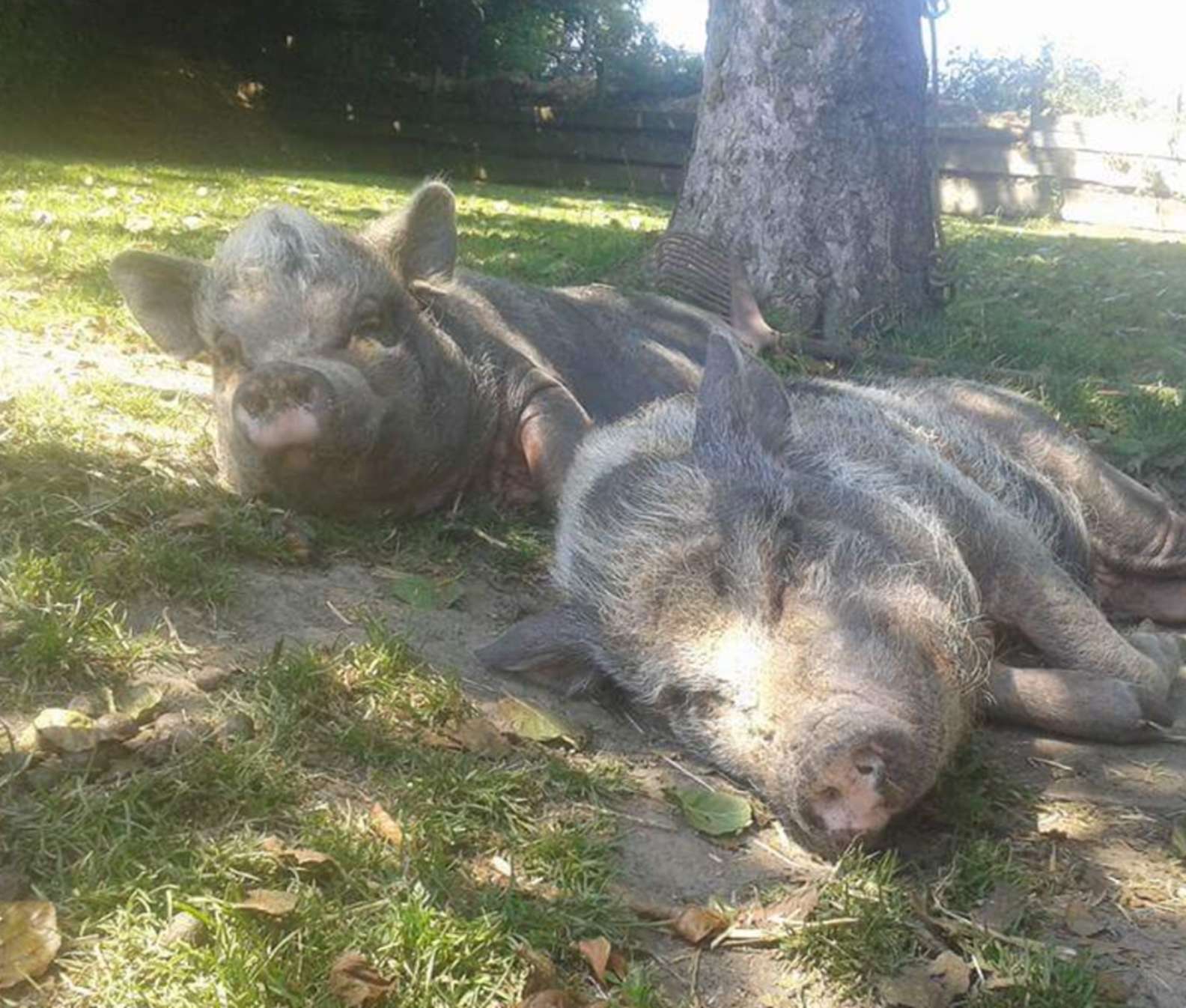 The decision was an emotional one — knowing both how much pain Sientje was in, and that Spot would soon be in pain, too, without his soulmate. 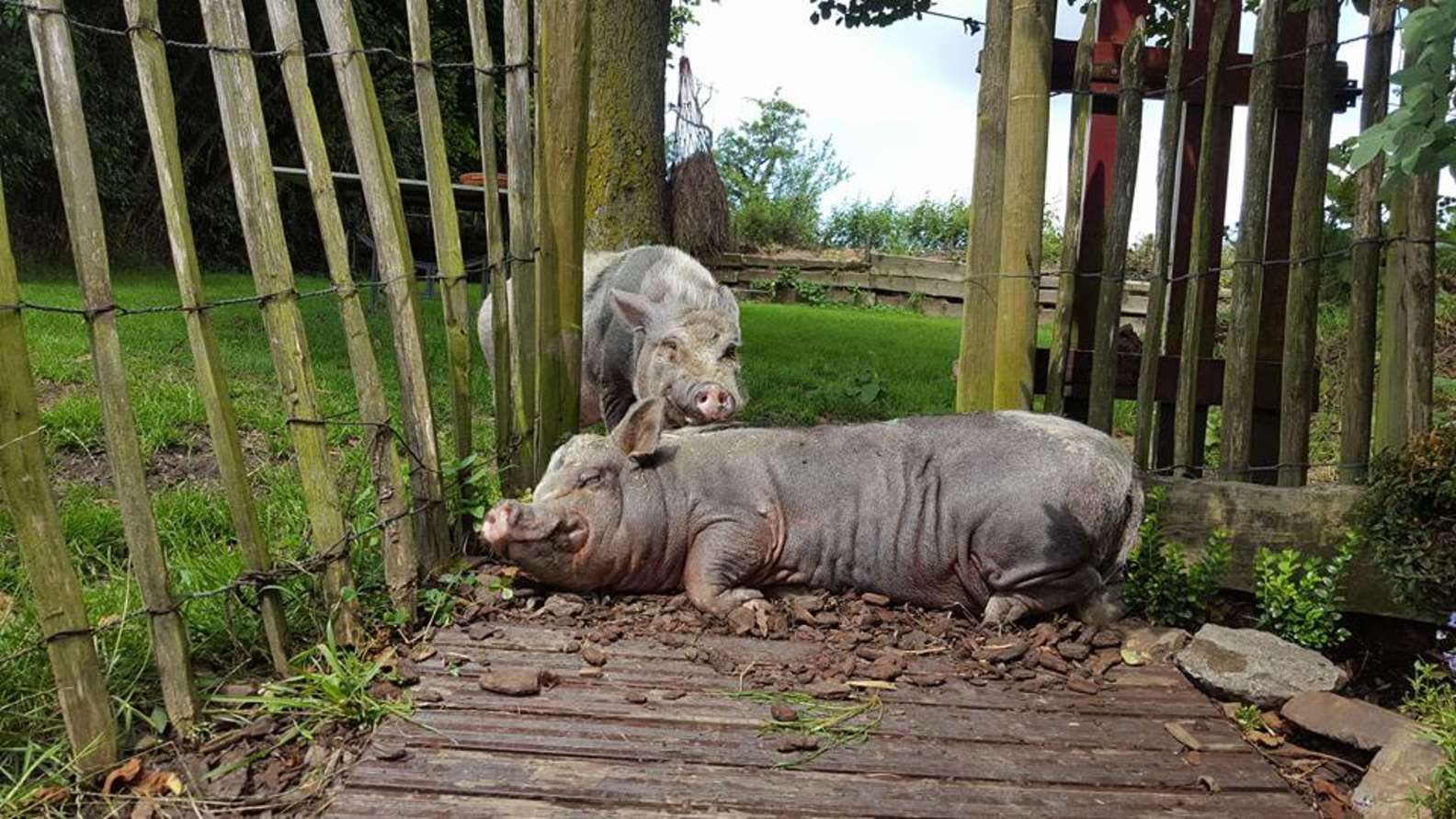 The day finally came in October last year. After the family said their final goodbyes, Vos wrapped Sientje in some blankets and scattered brightly colored flowers all around her body.

When Spot realized she was gone, he wouldn’t leave her side. 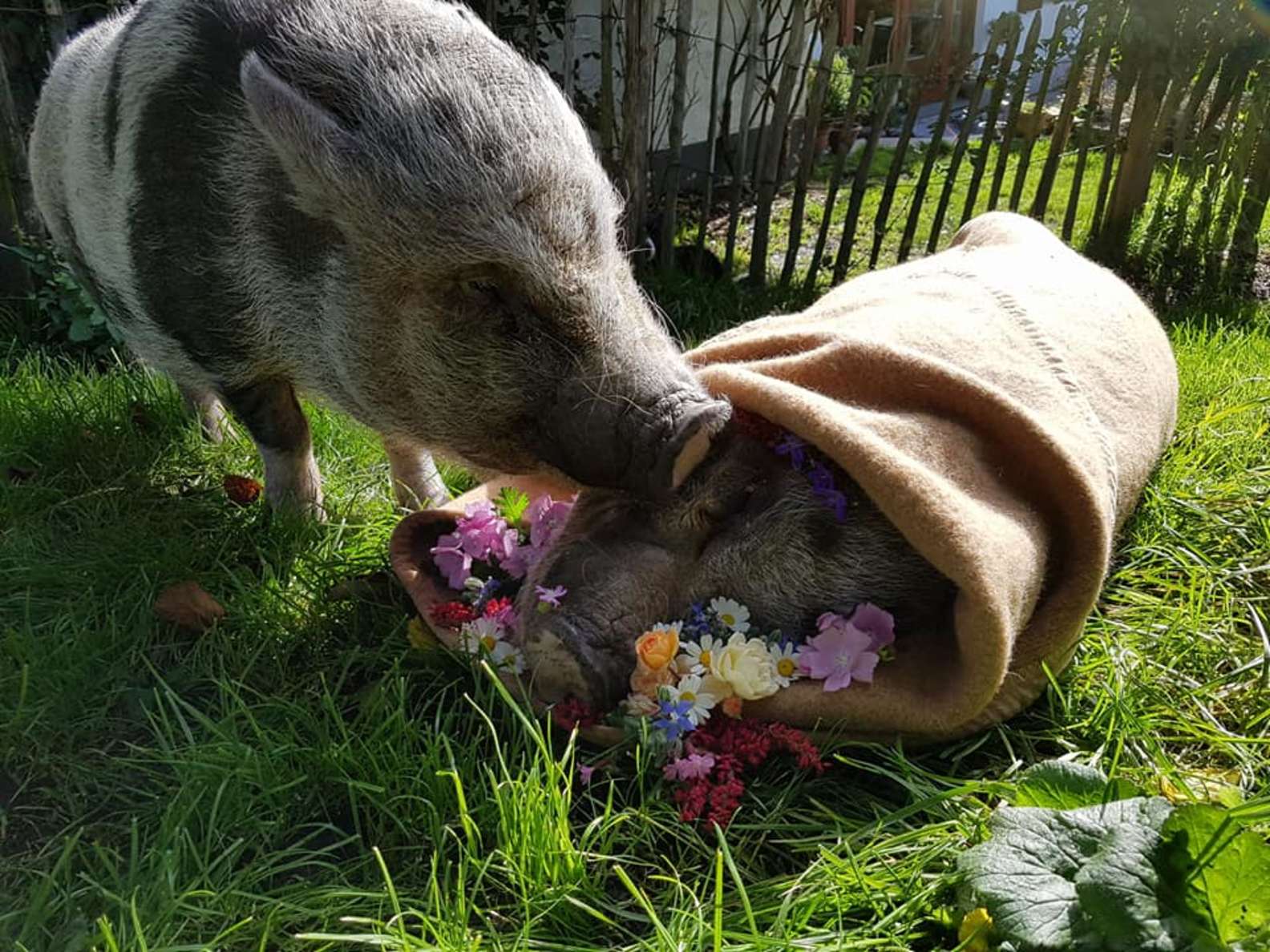 He just stood over Sientje, resting his snout on her body and closing his eyes. He started pacing around and nuzzling her face.

“At first he didn’t understand what was happening,” Vos said. “I could not stop crying. They were always together.”

In the weeks after Sientje’s death, Spot was still in mourning.

“When she was no longer there, it took a while before he was the old cheerful Spot again,” Vos said. “It was difficult for him.” 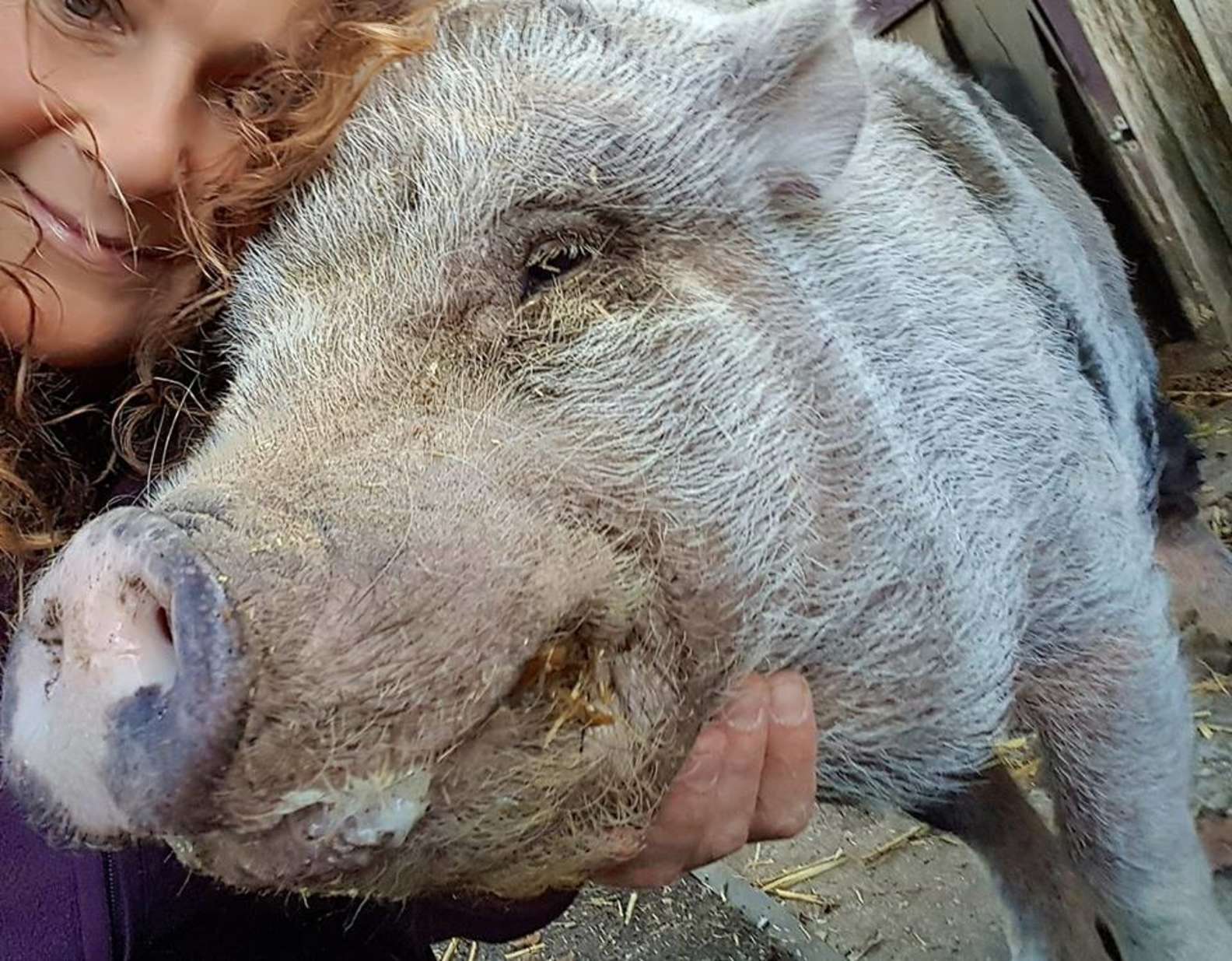 This is a very common story for pigs. As highly emotional animals, they thrive on social interactions with others — and form deep bonds with family, friends and human caretakers. And, as shown with Spot, they will yearn for their loved ones for weeks and months if separated.

Due to Spot’s old age and some medical conditions of his own, Vos has decided not to introduce a new pig into his life right now — but he loves still having the companionship of the family dogs and cats. 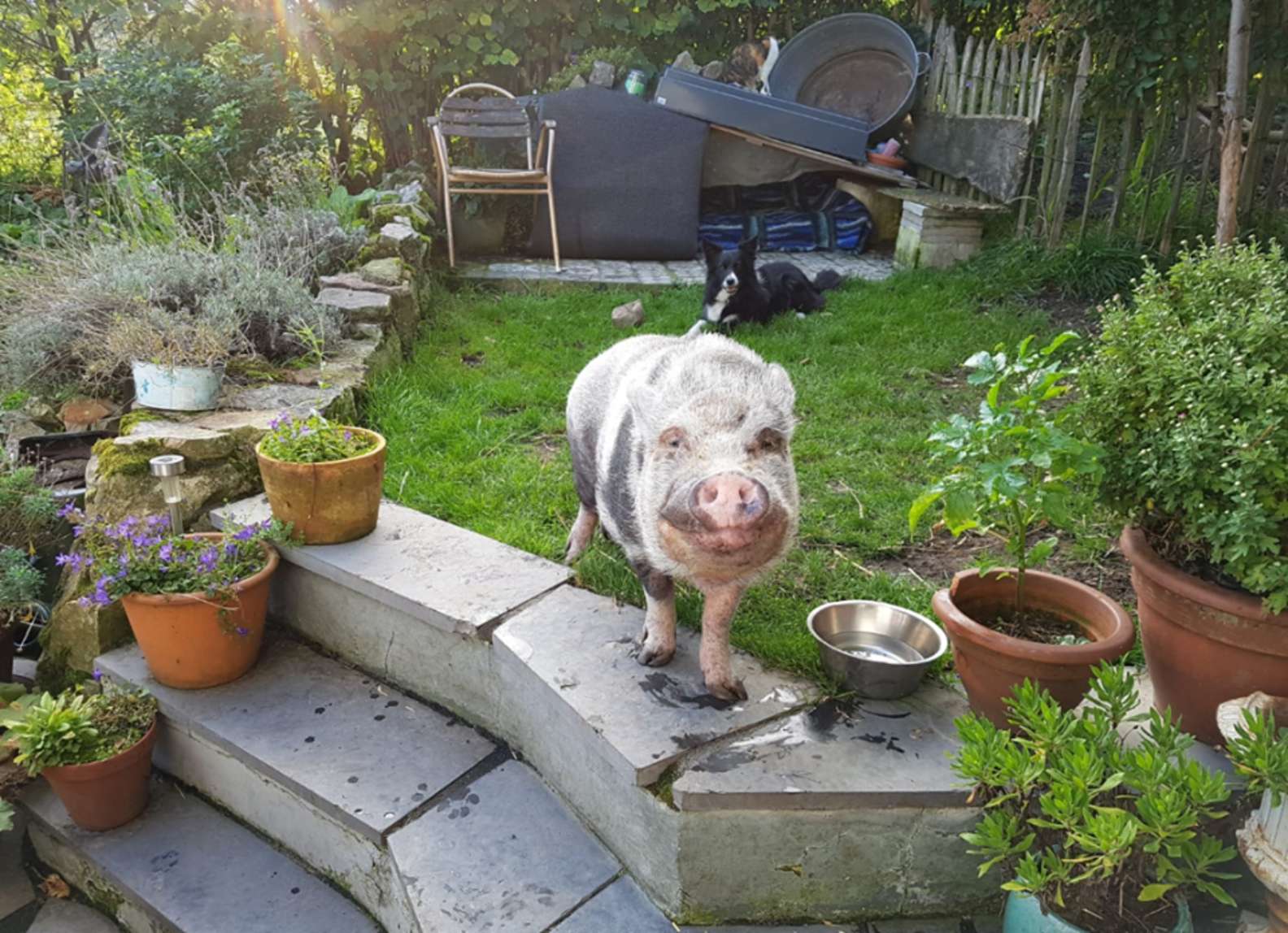 “He’s very old and stiff, so we don’t want to add any extra stress,” Vos said. “The cats will go right into the stable and sleep in the straw with him. They’re surely a different companion, but he’s doing so well with them.”