Bella is a 6-year-old bulldog mix who loves people and has an adorable underbite. But she’s spent more than half her life in a shelter, and no one can understand why.

Three years ago, Bella wound up at the Plaquemines Animal Welfare Society (PAWS) in Belle Chasse, Louisiana, after being picked up as a stray. At first, Bella seemed like any other dog at the shelter, but the staff eventually realized that she was deaf. 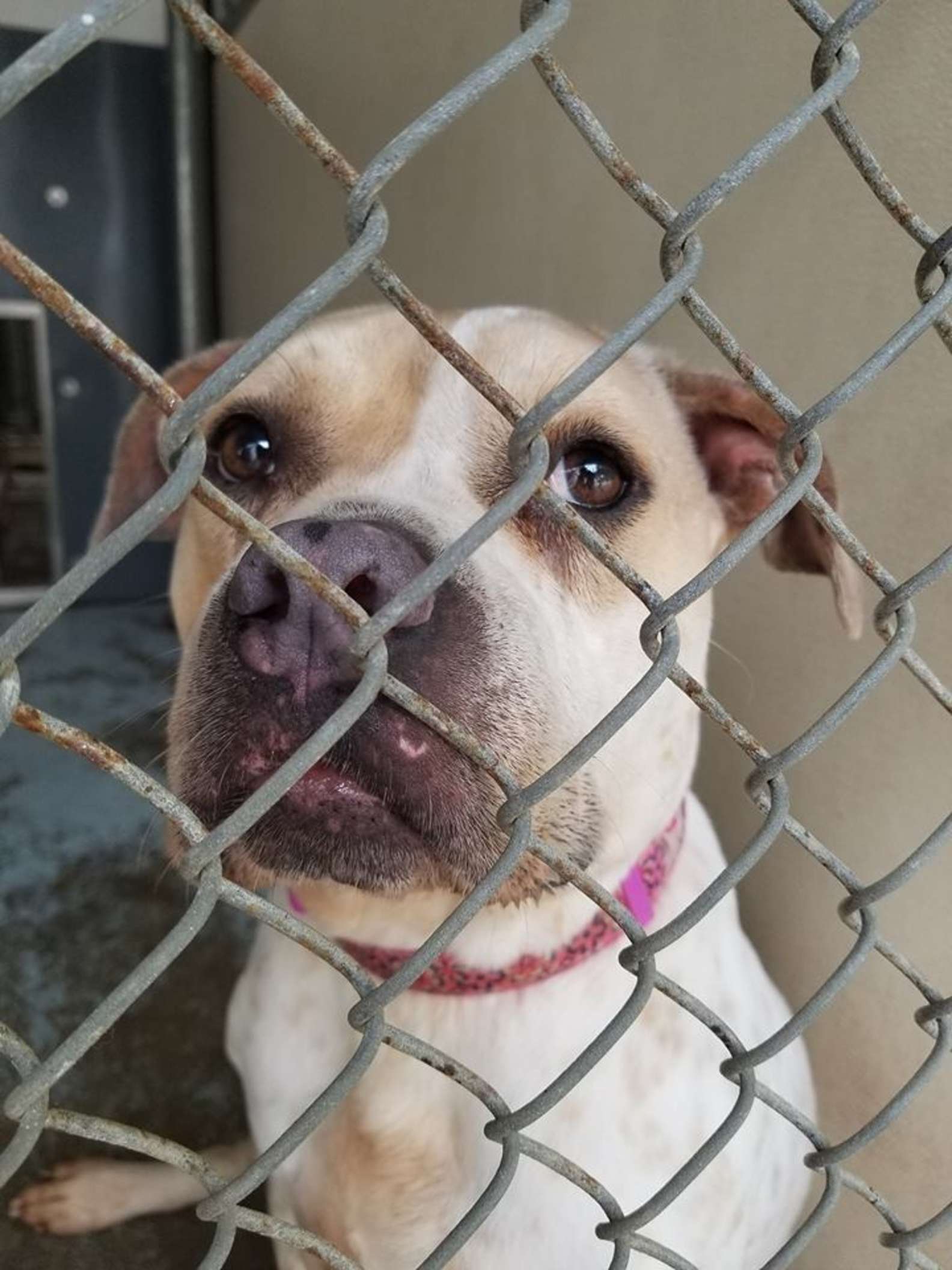 “She doesn’t act like she’s deaf,” Lacie Heritage, animal placement coordinator for the Animal Welfare League of Queen Anne’s County, the shelter where Bella currently lives, told The Dodo. “She will do just about anything with a hand signal. She knows ‘sit’ really well, she knows ‘down,’ she knows ‘stay.’ She loves people, and she’s always looking at your face. So she watches for your cues to see how she’s doing.”

Last year, PAWS ran into some trouble. When the local town flooded with water, the shelter flooded as well — not with water, but with homeless dog and cats. The PAWS staff reached out to other shelters, asking if they’d take some of their animals. The Animal Welfare League of Queen Anne’s County in Maryland agreed to take 15 dogs, including Bella. 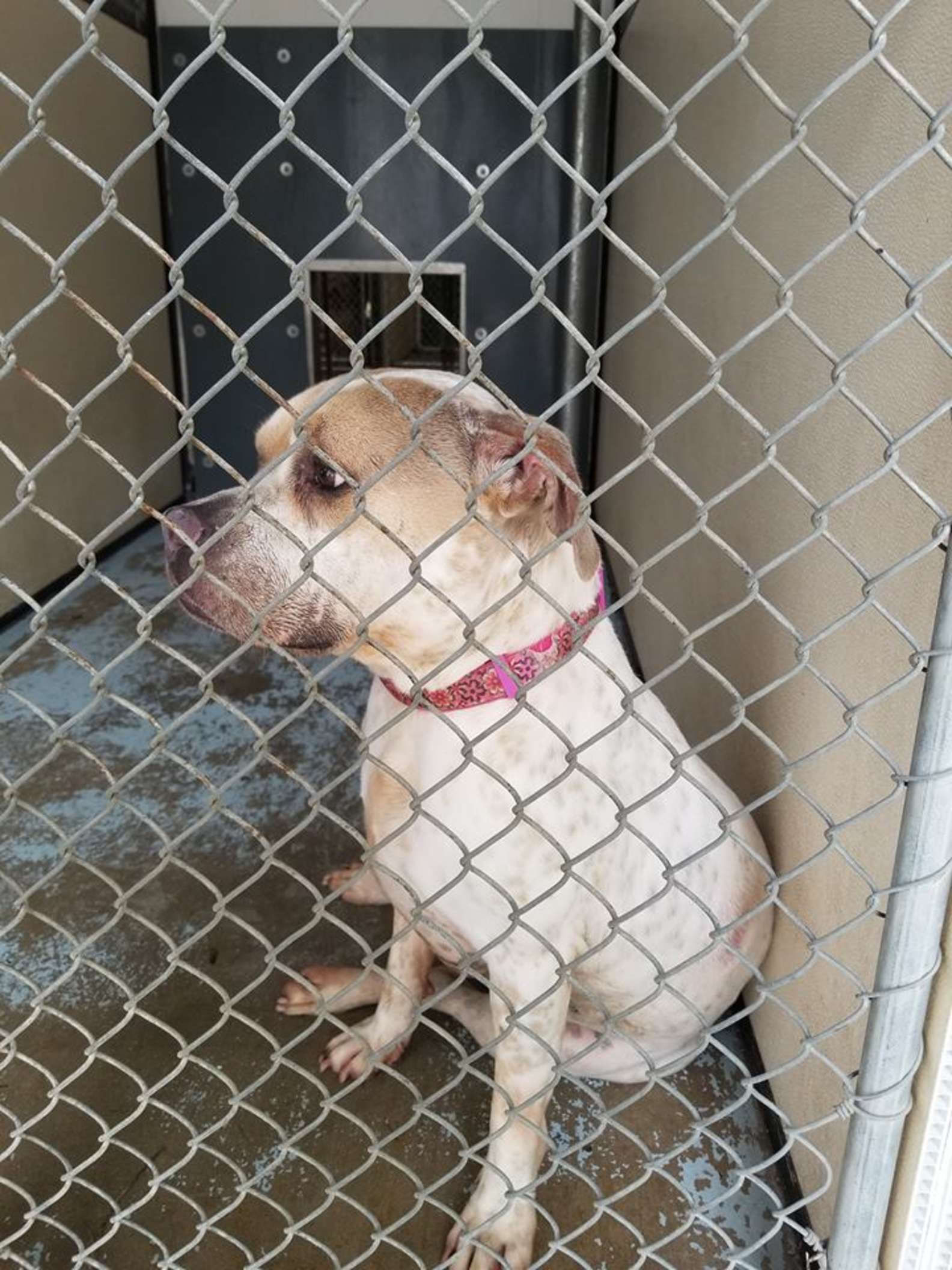 “Bella was actually their longest resident,” Heritage said. “We took her because we thought she was really cute and really sweet, and she’d get adopted quickly.”

Unfortunately, this wasn’t the case. Bella may have moved to a different shelter, but she stayed in the exact same situation — living in a kennel instead of a home.

Bella’s bad luck may have something to do with her barking, Heritage explained. 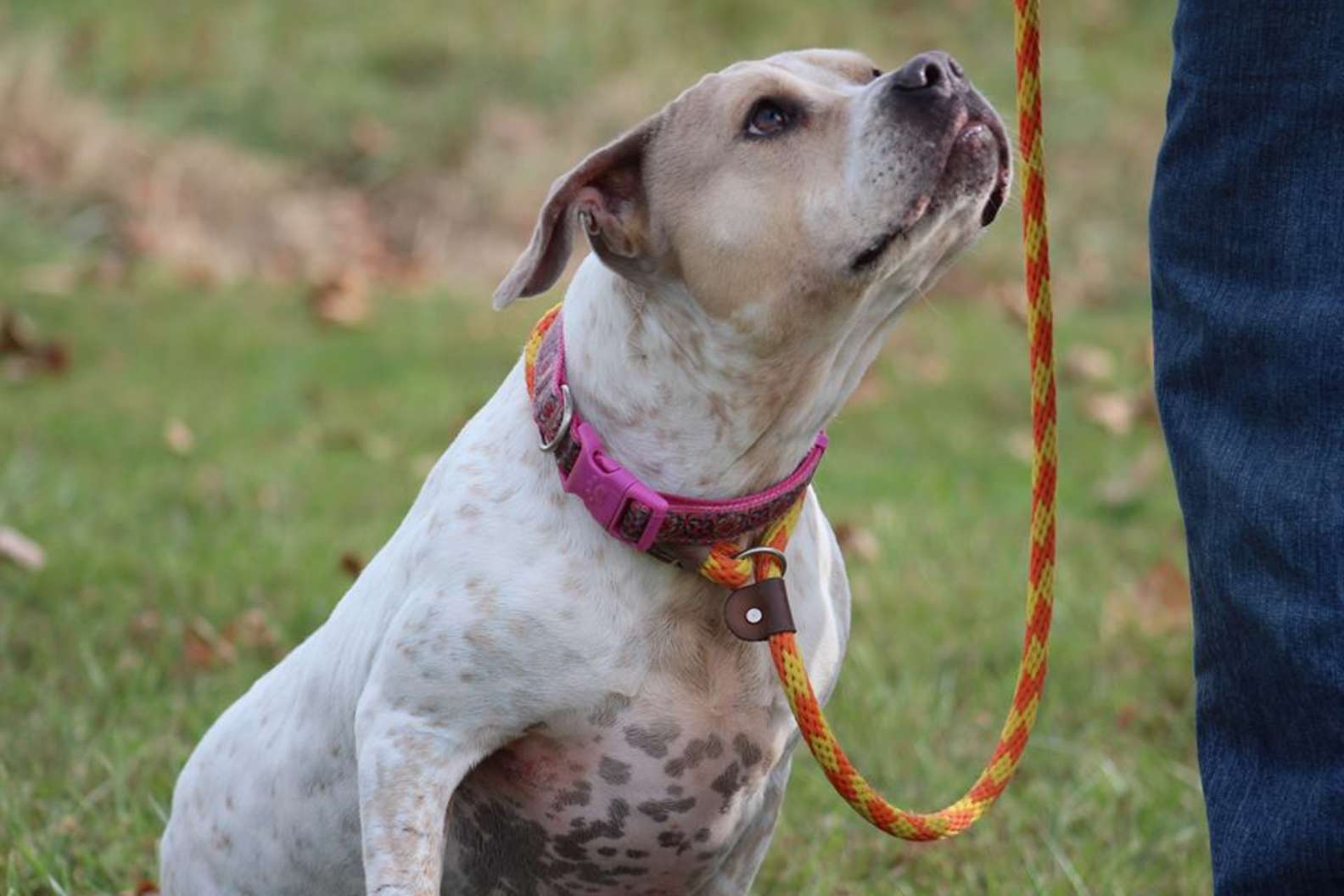 “She does bark when people walk by her cage, so that puts people off a bit, and they just walk right by her,” Heritage said. “We believe it’s because she’s deaf and she doesn’t know what’s going on.”

But once Bella is out of her cage, she’s completely different. 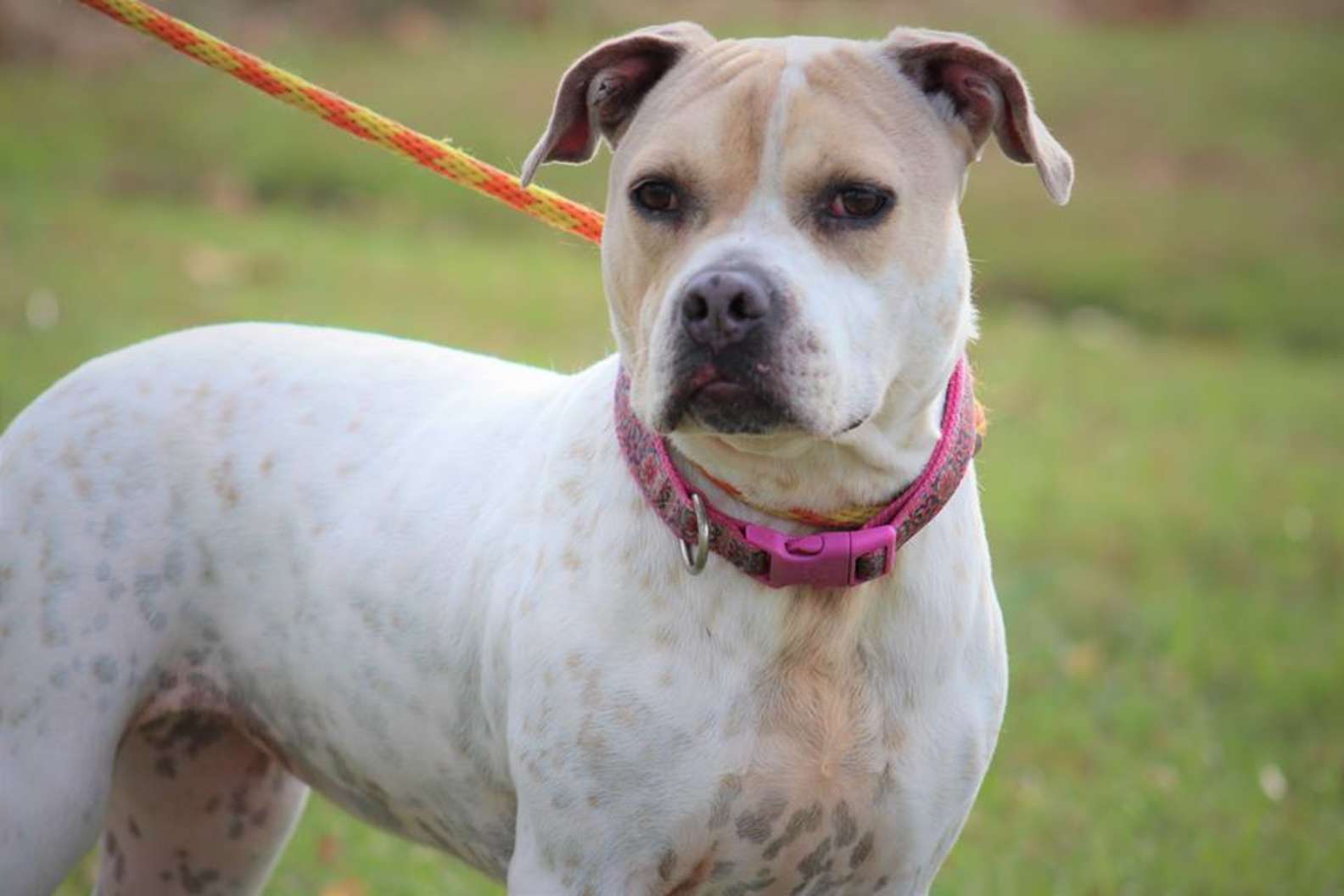 “She will just love on you,” Heritage said. “It doesn’t matter who you are, or if you’ve never met her before. You give her a treat and pet her, she will be your best friend. She’s the sweetest girl in the world.”

Besides spending time with people, Bella loves going for walks, running “zoomies” around the play yard and licking peanut butter out of a Kong. 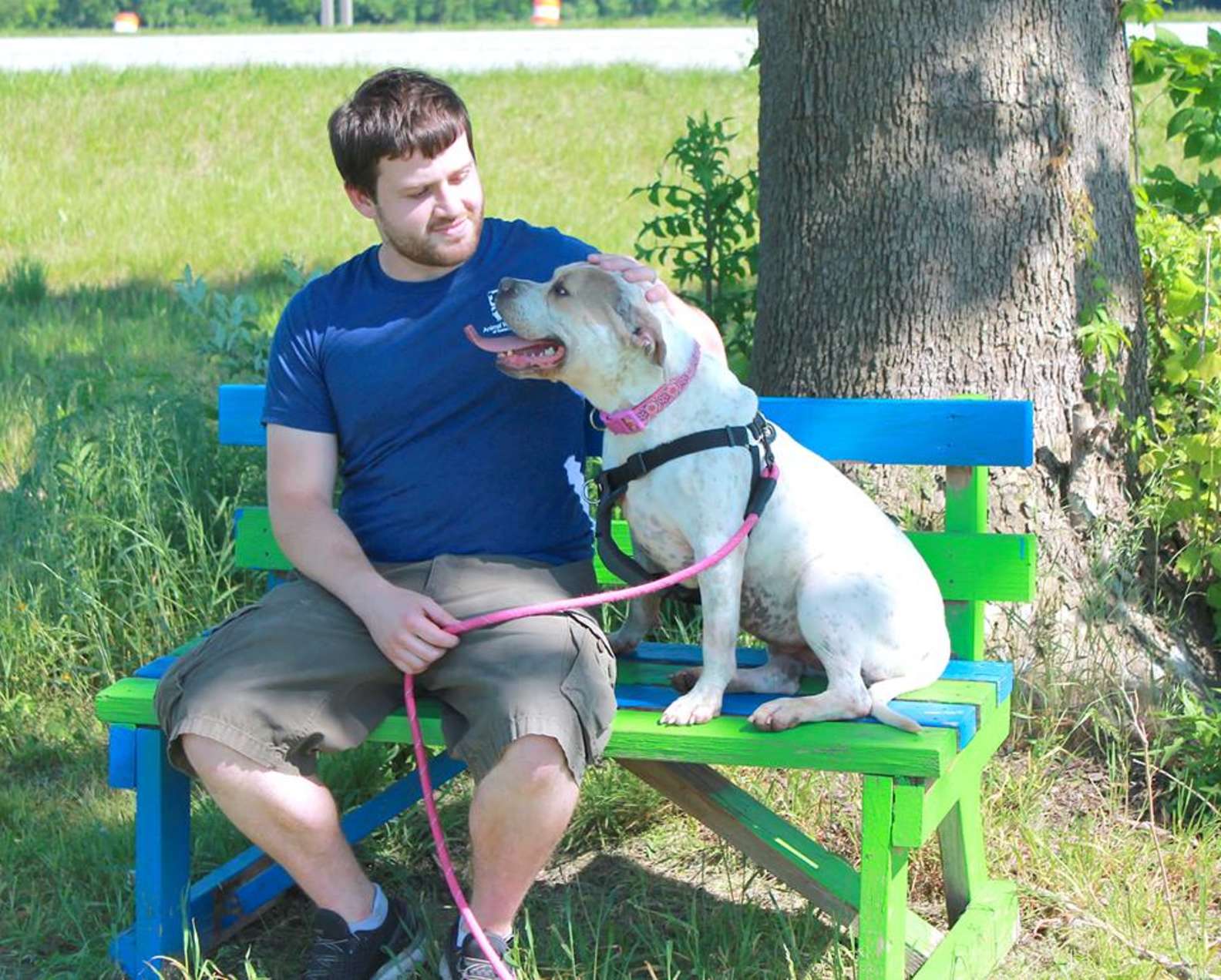 The best home for Bella would be one where she’s the only dog, Heritage explained. She also needs an owner who’s willing to invest time in her.

“She has had interest a few times, but it’s just finding that right person, and making sure that they want to deal with having a deaf dog,” Heritage said. “They have to do the work, and continue to do hand signals and things like that, and usually they just don’t have that extra time to spend with her.” 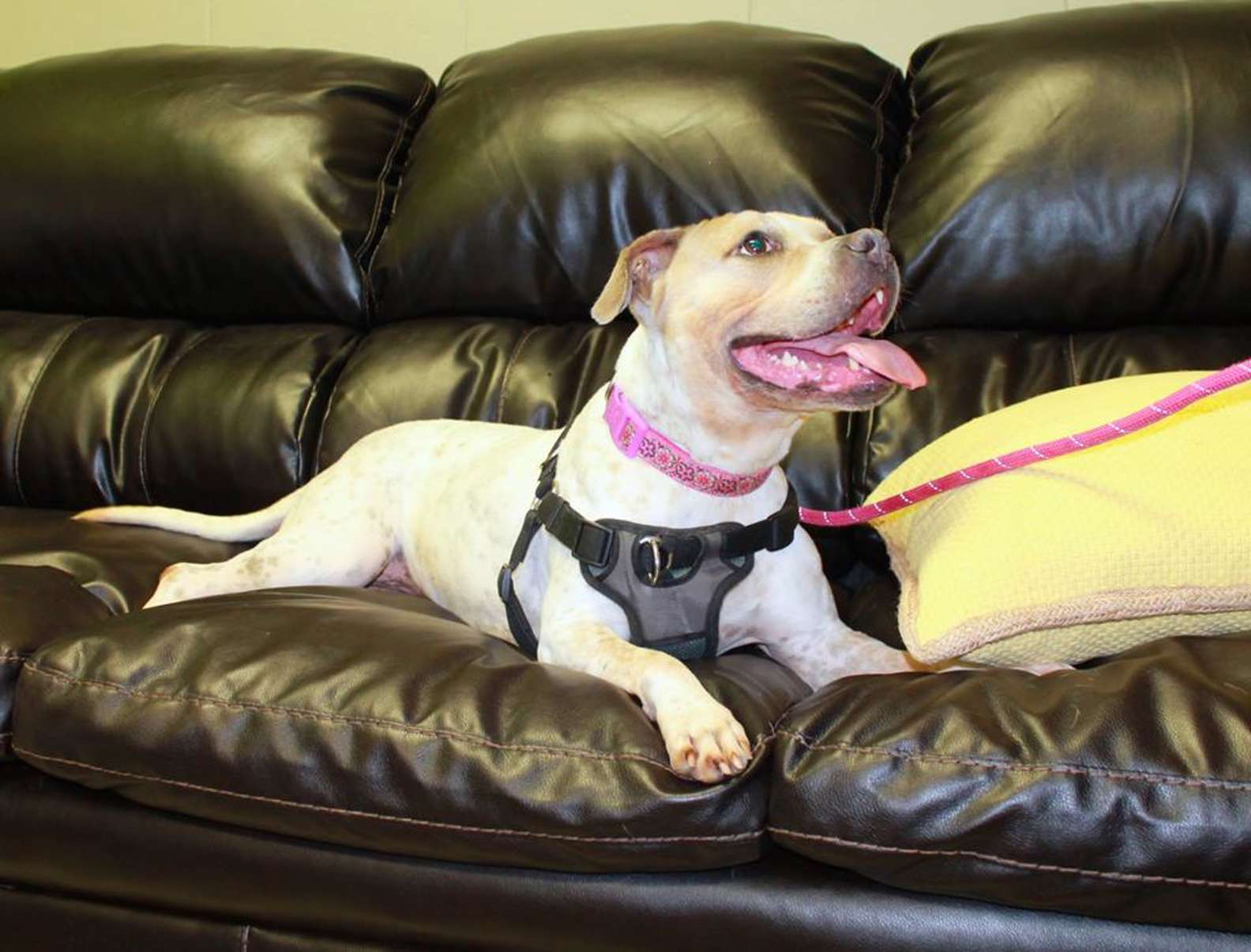 Yet Heritage and everyone else at the Animal Welfare League of Queen Anne’s County are hoping for the best — they want to see Bella in a home as soon as possible.

“She’s spent half of her life in a shelter, and it really makes us feel for her,” Heritage said. “She’s still so sweet, and she hasn’t really regressed. She has remained the same, sweet Bella that we’ve always known. She really needs a home so she can be loved all the time.”