Well, this is a little awkward.

Last week, Sara Allison was house-sitting at her parents’ place in Texas when she stumbled upon a curious scene. Upon stopping to check on the family’s chickens, Allison discovered an unlikely guest had clearly made himself right at home in the coop, nestled under one of its feathered residents.

It was a snake, curled up beneath a hen. 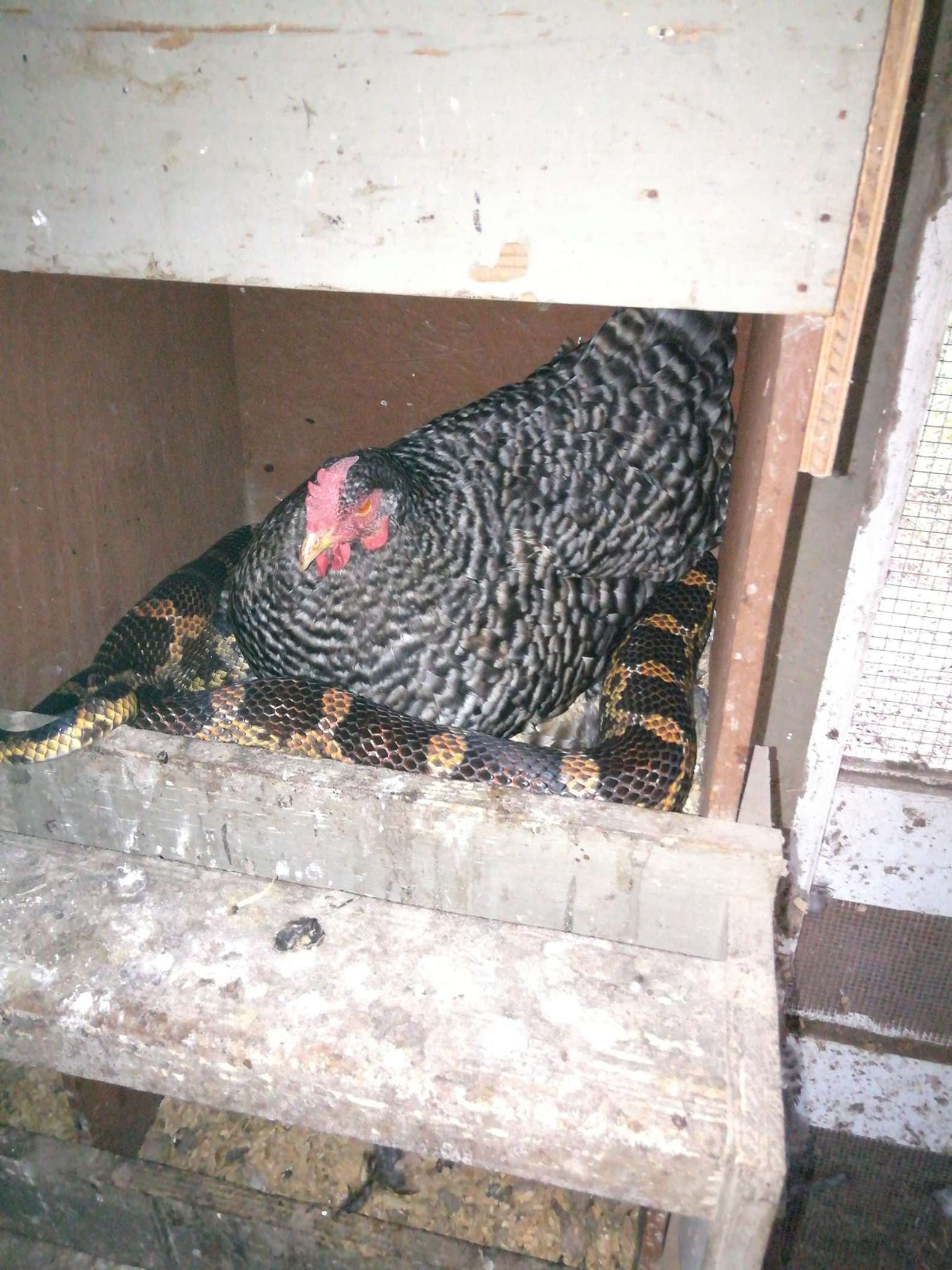 Allison was shocked — but what made it all the more surprising was that the chicken was far from flustered.

“She didn’t seem bothered by the snake at all,” Allison said, admitting that she isn’t sure how the unusual arrangement got started. “Either the chicken came and sat on it, or it slithered under her and she chose not to move.”

Whatever the case may be, it was certainly a sight to behold. 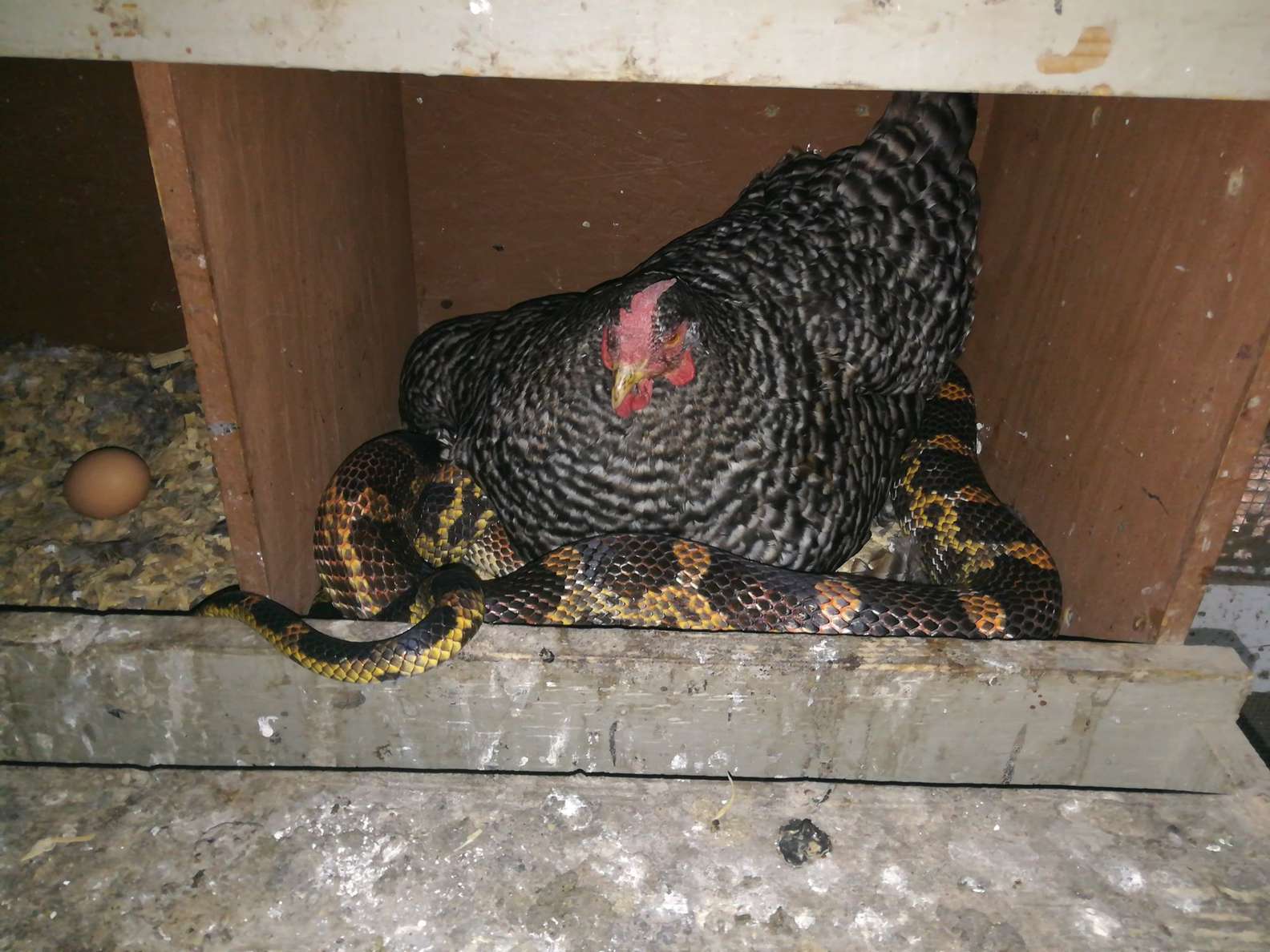 Interestingly, this wasn’t the snake’s first appearance in the coop. It was just the first time he’d been caught cozying up with one of the birds.

Turns out, the wild rat snake is well-known by Allison’s parents, and has come to serve a vital role in keeping the peace around the place. He lives in a broken-down car adjacent to the coop, and emerges every now and then to help himself to one of the hens’ freshly laid eggs. In exchange, the snake drives away potential predators and pests that could harm them.

For that, Allison’s dad actually calls the snake his “buddy.”

“It has never tried to harm any chickens or their chicks,” Allison said. “We welcome it because it’s free rodent control. I think as long as the snake isn’t harming the chickens, it should be tolerated.”

Following the hen’s lead, Allison decided to let the cozied-up snake be — and after checking again a short while later, found the snake had slithered away on his own. 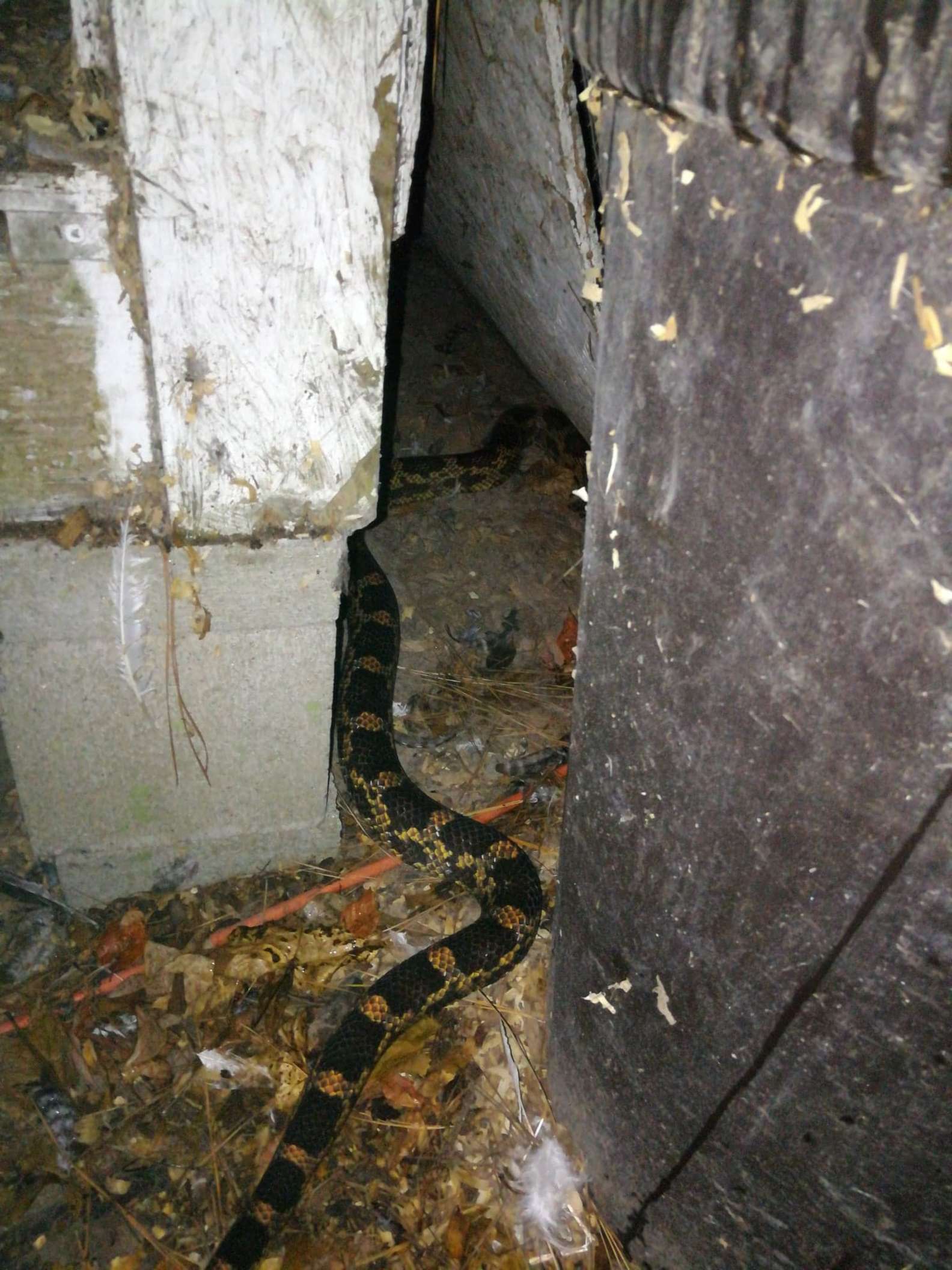 That still doesn’t really explain why the snake chose to be under the hen that evening, though for a cold-blooded creature, it might have seemed like an ideal spot to escape a chill in the air.

“I was assuming the snake chose that box because it was the closest to the door,” Allison said. “But who knows? It could have been pretty comfy getting warmed up!” 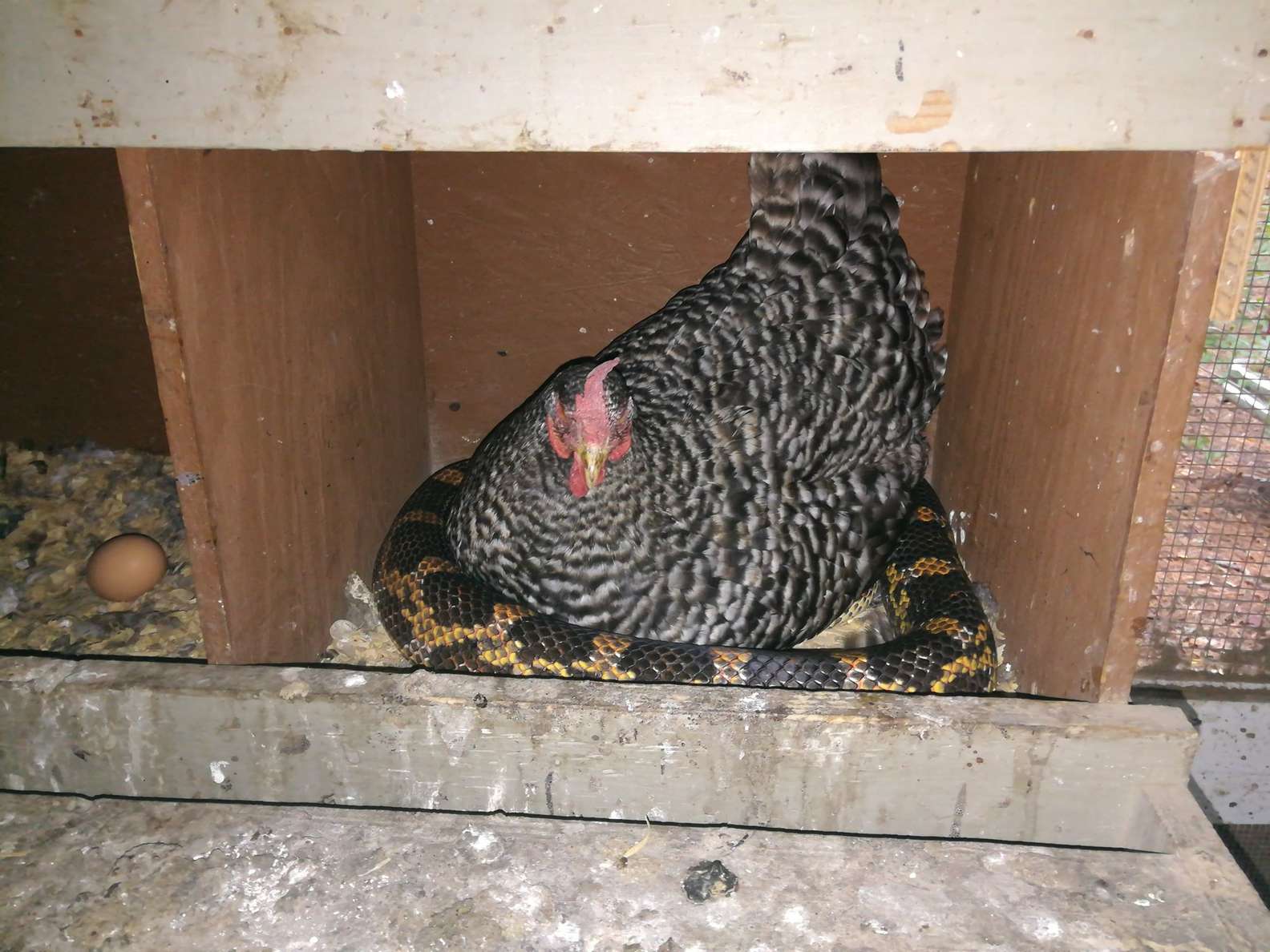 While there was certainly something a bit odd about the chicken-snake snuggle, there’s also something sweet about it as well. After all, if these two can get along, what isn’t possible?