After being brought to a shelter twice in the first seven months of her life, Lola knew that if she ever got another chance at a home, she’d have to hold on tight. And when Cristina Antonucci walked into the Second Chance Rescue in July, that’s exactly what she did.

Antonucci was surfing a pet rescue website when she came across a picture of Lola’s mottled white and black face. Something about Lola reminded Antonucci of the English bull terrier mixes she’d had as a child, and she decided to meet the pup in person. 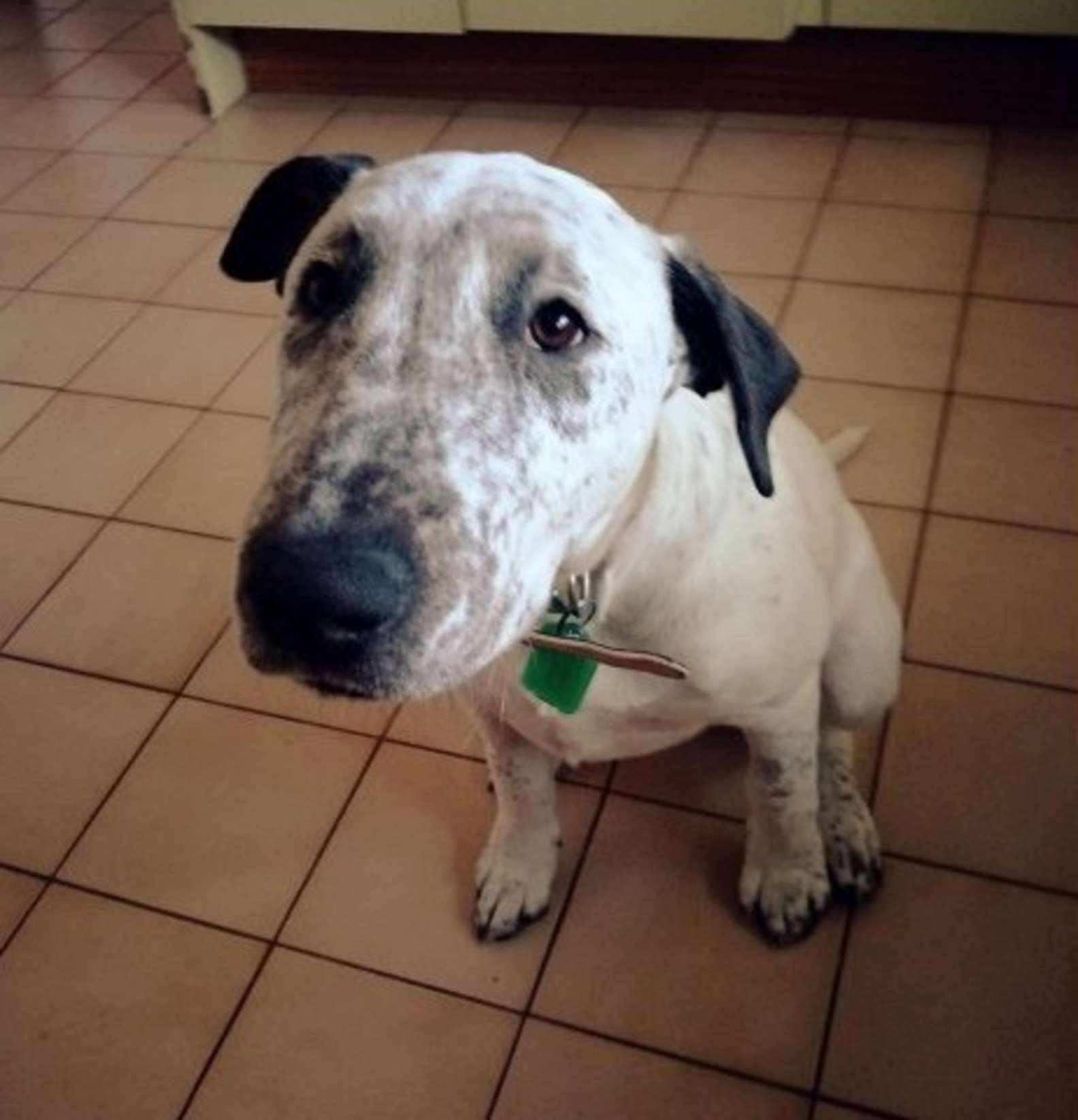 “I remember seeing her sad eyes in the photo and just knew I had to bring her home,” Antonucci told The Dodo. “She came in with her foster mum and she was just the sweetest little thing and just sat on my feet straight away and looked up at me.”

Sadly, Lola’s loving nature hasn’t stopped her humans from letting her down, according to Antonucci. As a small puppy, Lola was purchased by a teenager, who named her Gucci Rose, and subsequently surrendered her to a shelter. Her second adoption failed when the first-time dog owner underestimated her needs and returned her as well. 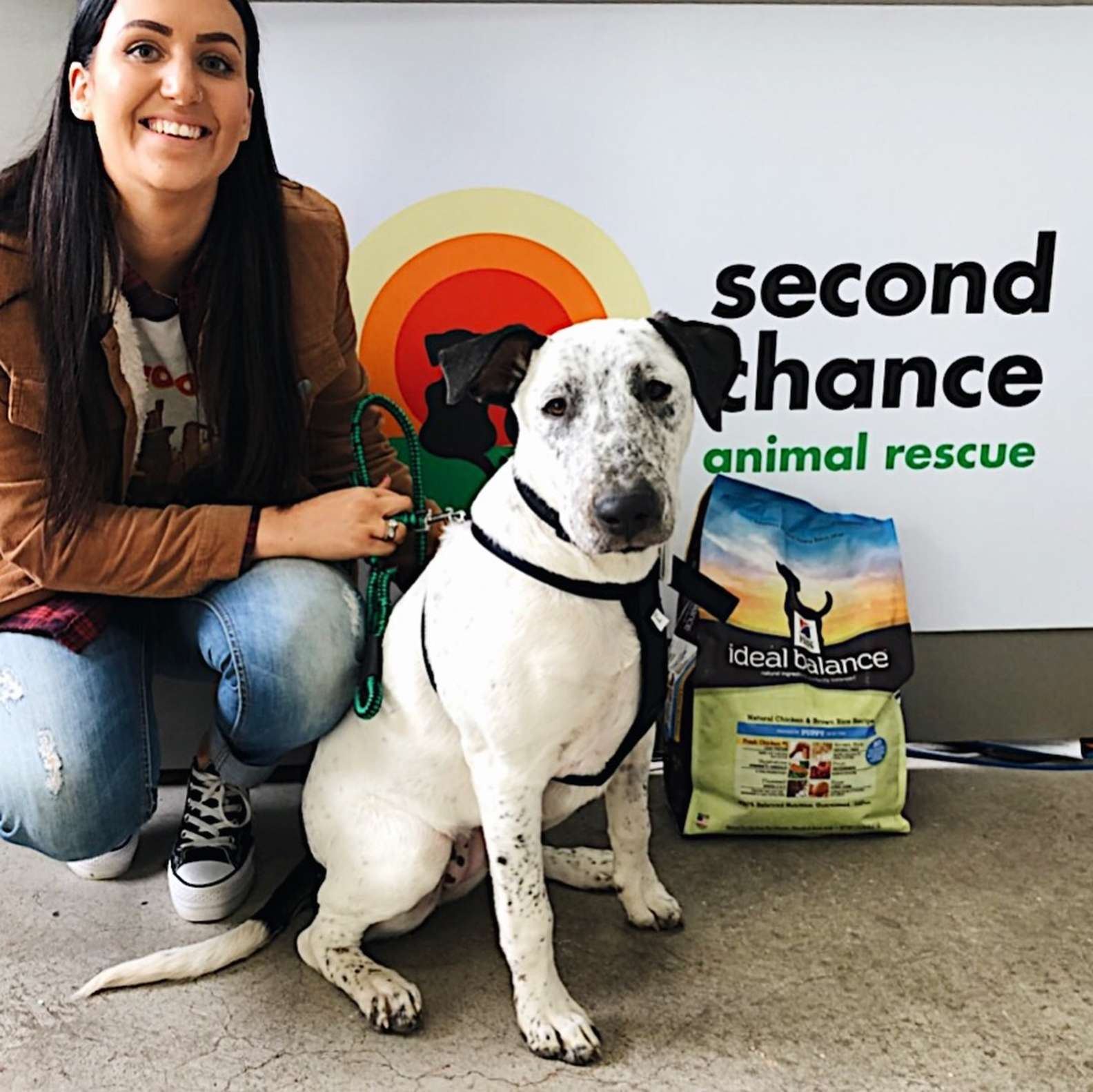 But hearing about Lola’s past made Antonucci even more determined to give the dog the home she so deserved.

Not that Lola would have let her new mom go anyway.

“The first night I brought her home, she just lay on top of me for hours just hugging me,” Antonucci said. “I was surprised how quickly she warmed up to me as I had only really spent the drive home with her at that point.”

“It was like she was just so grateful,” Antonucci added, “which is why I also knew that I couldn’t let her down.” 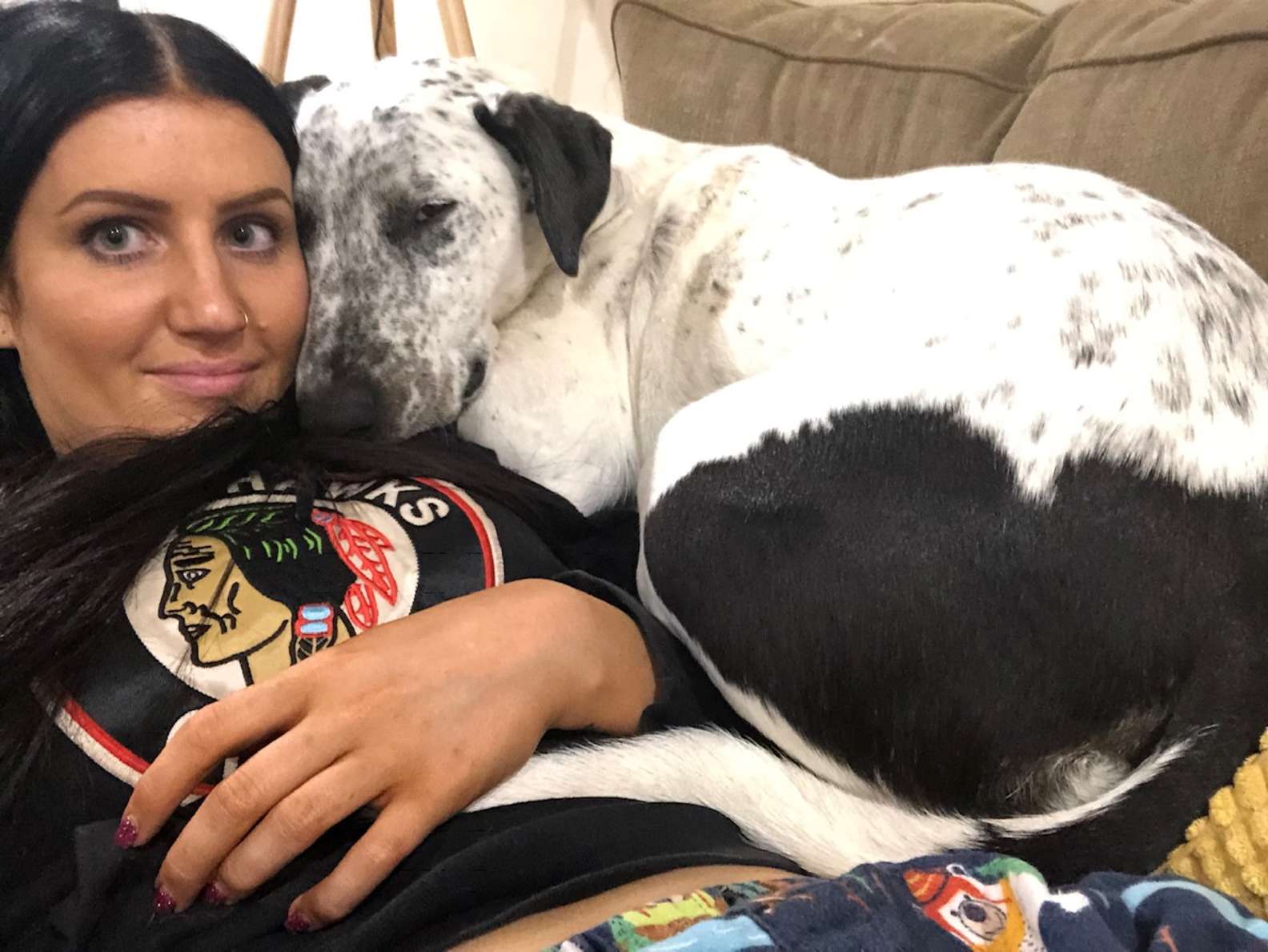 At her forever home, Lola is a happy, carefree girl, but as Antonucci anticipated, a rough start left the dog with a few bad habits. “We had challenges with her digging in the backyard and trying to get through the fence to play with the neighbor’s dog,” Antonucci said. “It definitely tested our patience, but we knew that if we didn’t have the patience that no one else would.” 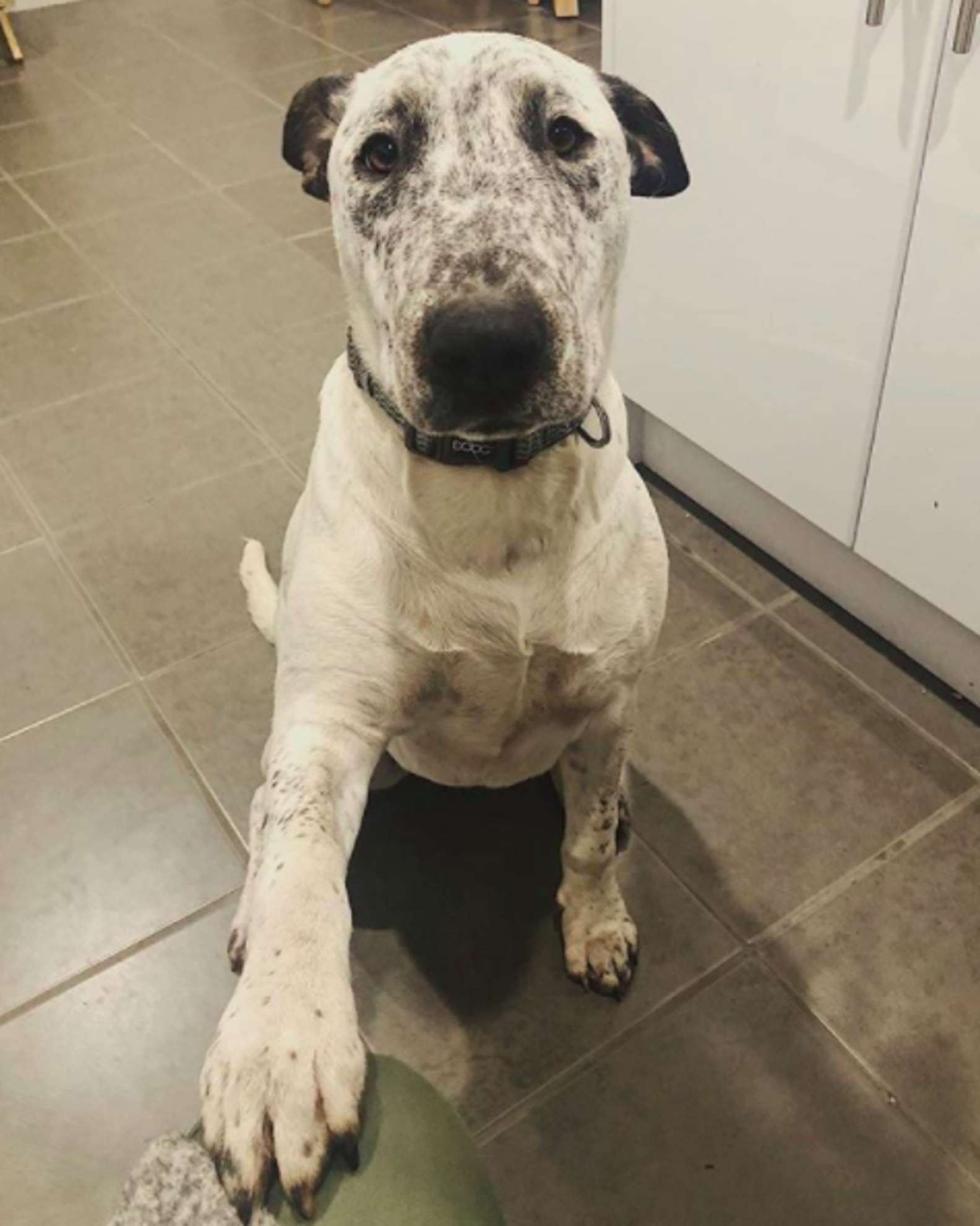 Even through the hard times, Antonucci is grateful for what Lola has taught her — one dug-up potted plant at a time. “Lola has definitely taught me patience and persistence,” Antonucci added. “You can’t just give up no matter the challenges. No one is perfect.”

Lola has since left her digging days behind, and prefers instead to patrol the backyard for possums or play with her new baby brother, Lenny. “They are now best of friends and all they do is play all day long,” Antonucci said. “They have only been together for about a month and a half now but they just love each other. They even sleep on the same bed together.”

Lola may have been a handful at first, but Antonucci couldn’t be happier that she decided to cruise the web all those months ago. 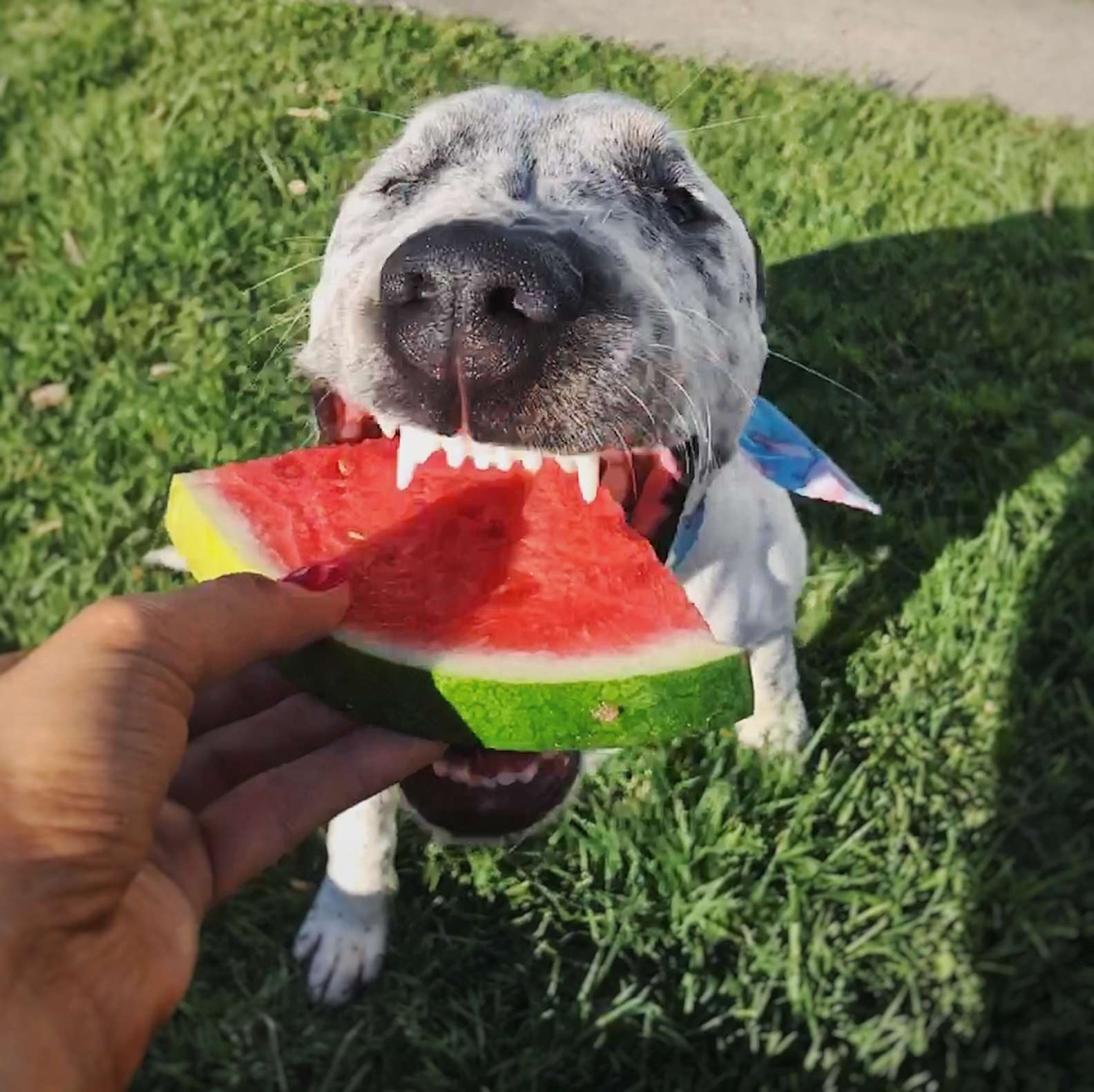 “The highlight of my day is just coming home and spending time with her,” Antonucci said. “She really does hold a special place in my heart.”