Chris Poole, a.k.a. Cat Man Chris, is at it again–as usual. And we couldn’t be more thrilled for the felines of world that he’s dedicated to saving! Sadly, they need all the help they can get. That was no different for a trio of kittens that eventually found themselves tucked safely into traps by the cat daddy. Unfortunately, this litter of stray kitten siblings had begun with four fluffy babes. But when Chris battled with raccoons and opossums daily during feeding times and then spotted a coyote in the area, he knew time was running out for the family. 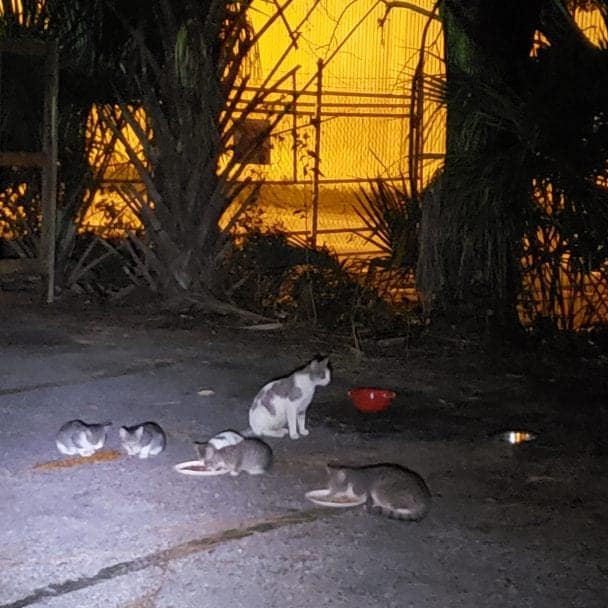 It took Chris a month to finally trap the sly trio of stray kittens!
But he never gave up. Not even with all the other rescues Chris was involved with outside of the normal day-to-day “cat” duties. And those were some pretty life altering, long-distance rescues!

These felines were living only a few miles away from Chris at one of colonies he cares for, but seemed to be unreachable. The first time he saw them, they were just inside a gated area in a local industrial site. But it was locked and he had no way to gain entry until the daytime hours. And of course, stray and feral cats aren’t that keen on hanging out during the daily commotion of a loud work site 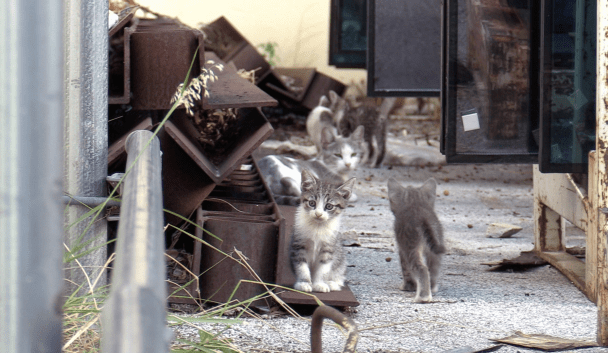 For these cuties though, they were still nursing on their mother, and had no NEED to venture out at all. 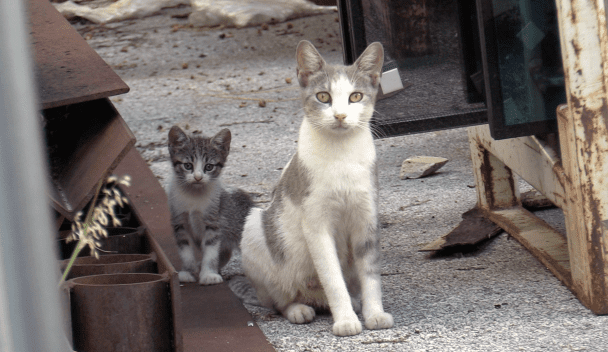 So they stayed tucked away, just out of Chris’s reach, emerging at the most inopportune times. He returned each night to feed the colony and make sure mama cat was well fed and healthy. He’d get the kittens–and mom–as soon as he could ensure all their safety.

And no, Chris was not going to jump the gates and fencing to gain entry to the restricted area either. Not only is it illegal, you never know what dangers are lurking in the dark on a job site. Chris is totally the guy who would find every upturned nail to step on. 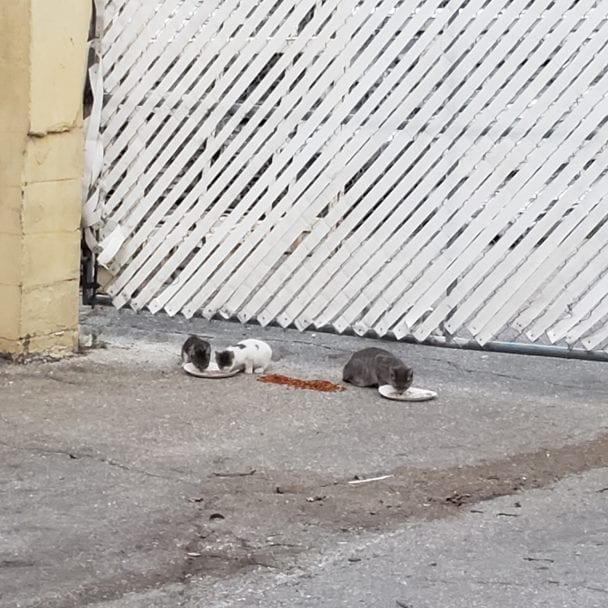 But as I mentioned, the man-made trash wasn’t as concerning to Chris as what he spotted during the long nights 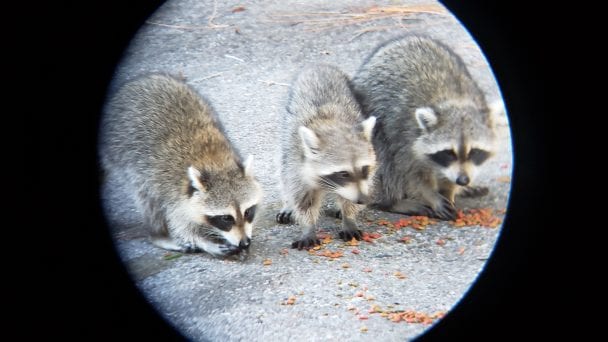 The trio were in serious danger of disappearing just as their fourth sibling had done.
Raccoons, opossum and coyote all frequented the industrial park.

Finally, on the night of Thursday November 7th, Chris was rewarded for his dedication. And in true manly form, Survivor’s epic tune “Eye Of The Tiger” was playing when the trap door dropped. So this little one was named Rocky.