One sweet cat was happily rescued from a life on the streets and subjection to a continuous cycle of giving birth to more homeless kittens. She was part of a TNR initiative carried out by Chalky’s Cat Crusade in Tampa, Florida. It was early August 2019 when founder Nicolle Azar Thompson caught the gorgeous grey and white feline. It was obvious to see the little heart shape on her nose coloring, truly reflected her inner nature. Nicolle had been trapping at an Assisted Living Facility for permanently disabled adults where the cat was fed. The mama cat wasn’t alone though. She was accompanied by the sole surviving kitten from another litter she’d had only months before. 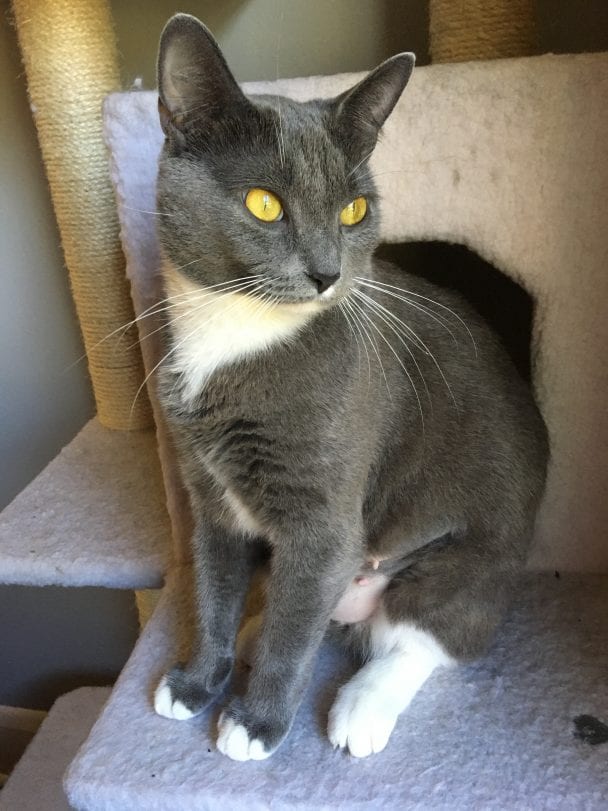 And now, the mama cat with the cute heart nose was just days away from giving birth again! 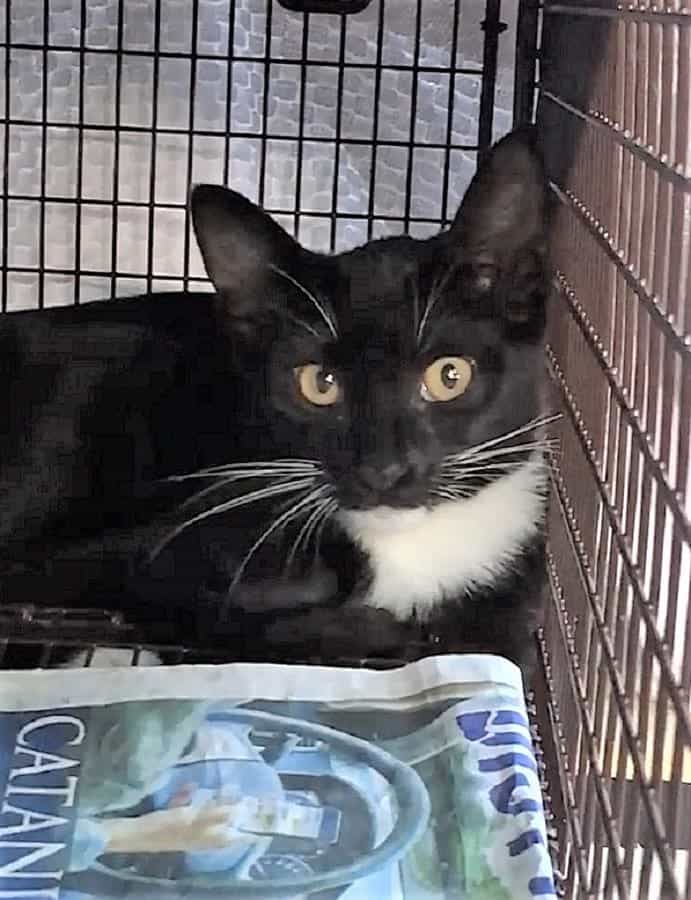 During Nicolle’s first attempts trapping at the home, she was able to catch the kitten, but mama wisely avoided the traps. Still a huge success, the kitten was about 5 months old and female. Nicolle named her “Kibbles”. So it was very surprising that she wasn’t already pregnant too. That also meant though, that the poor mother cat must have gotten pregnant very soon after giving birth the first time. IF that was even the first time! 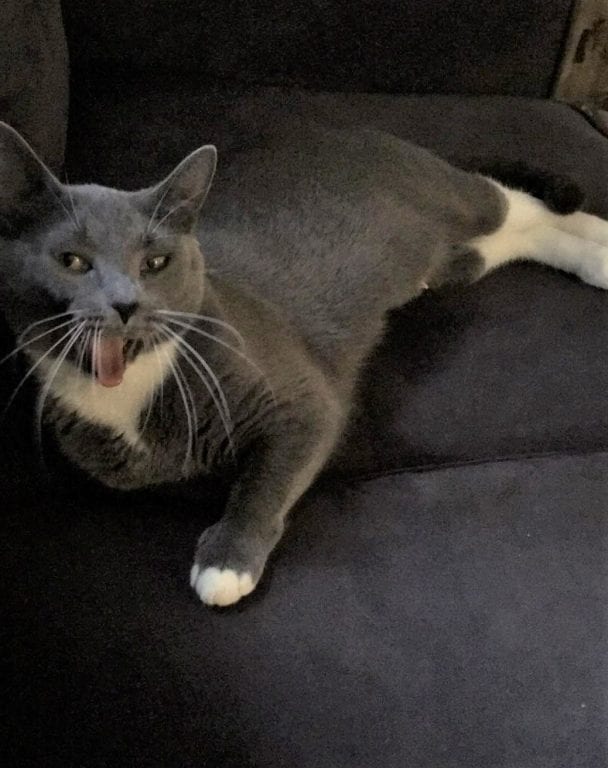 Never one to give up, the next day, Nicolle set her goal to get the full-bellied feline. She will do whatever it takes to reach her goals. And she did just that, safely wrapping mama cat, who she named Charlotte, in her arms.

I went over my first time on August 5th and got Kibbles, but Charlotte wasn’t there. The second trip the next day, I was able to get Charlotte. She would not go near the trap though so I changed techniques. I was able to bribe her with food and surprisingly simply picked her up! That is when I knew she would not be going back on the streets ever again. 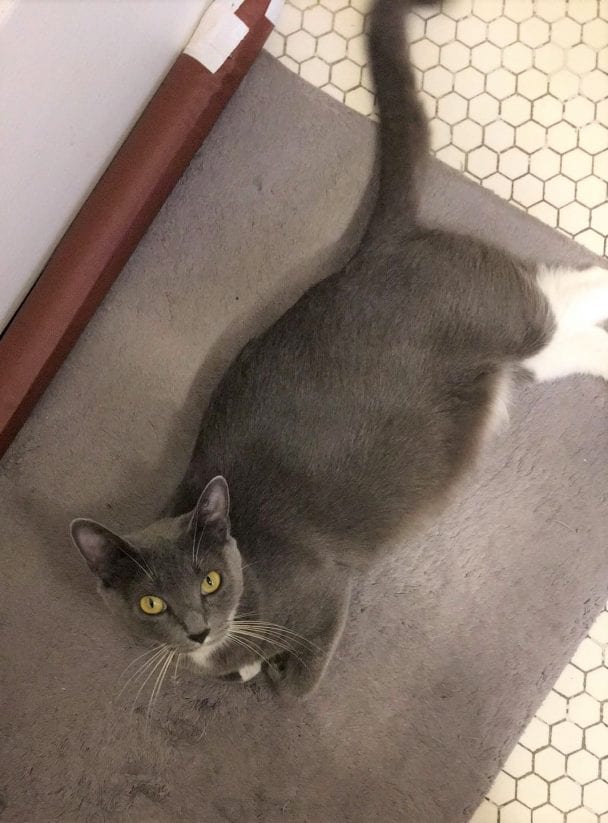 Sadly, Charlotte’s sweet demeanor wasn’t as prominent in young Kibbles, who refused to become an indoor only cat. Nicolle had her spayed, vaccinated and she now resides back at the living facility. On a promising note, Kibbles has decided living as an indoor/outdoor cat is acceptable now. She even spends her nights sleeping cuddles with one of the residents! Fingers and paws crossed someday she converts completely.

But for Charlotte, her story was about to become a bit more complicated. 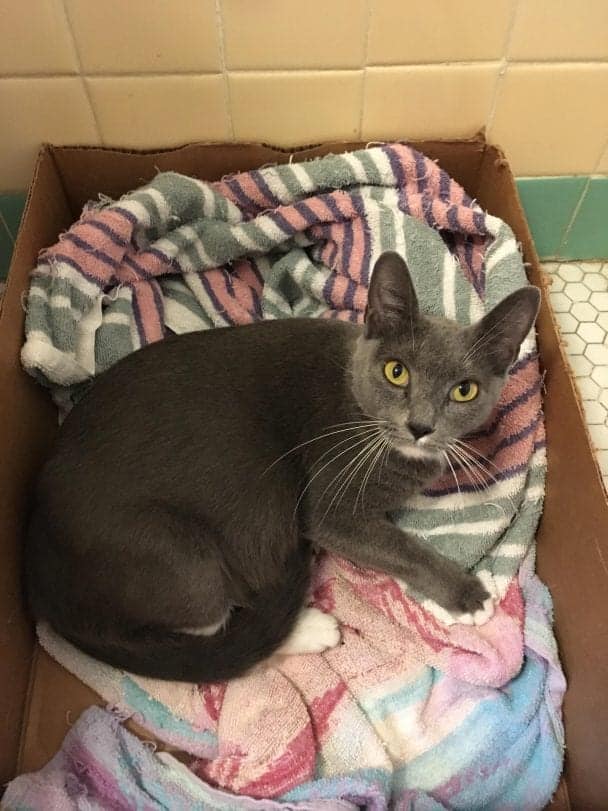 And she began her new life by giving birth to 5 perfect kittens the very next day! 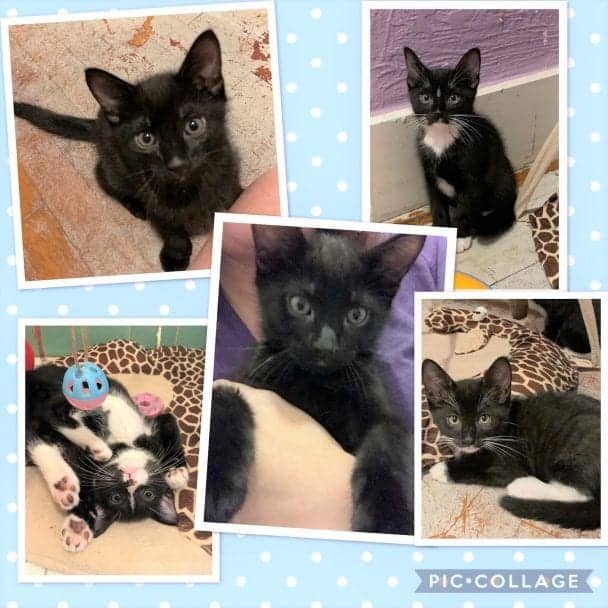 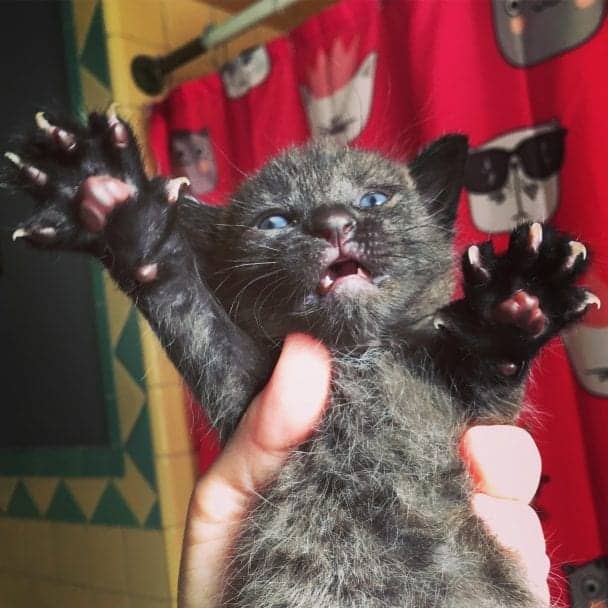