When Sam Mannell first started fostering a group of kittens through SPCA New Zealand, she couldn’t wait to watch them grow and experience all their firsts. The 3-week-old kittens are so tiny and still figuring out the world around them. 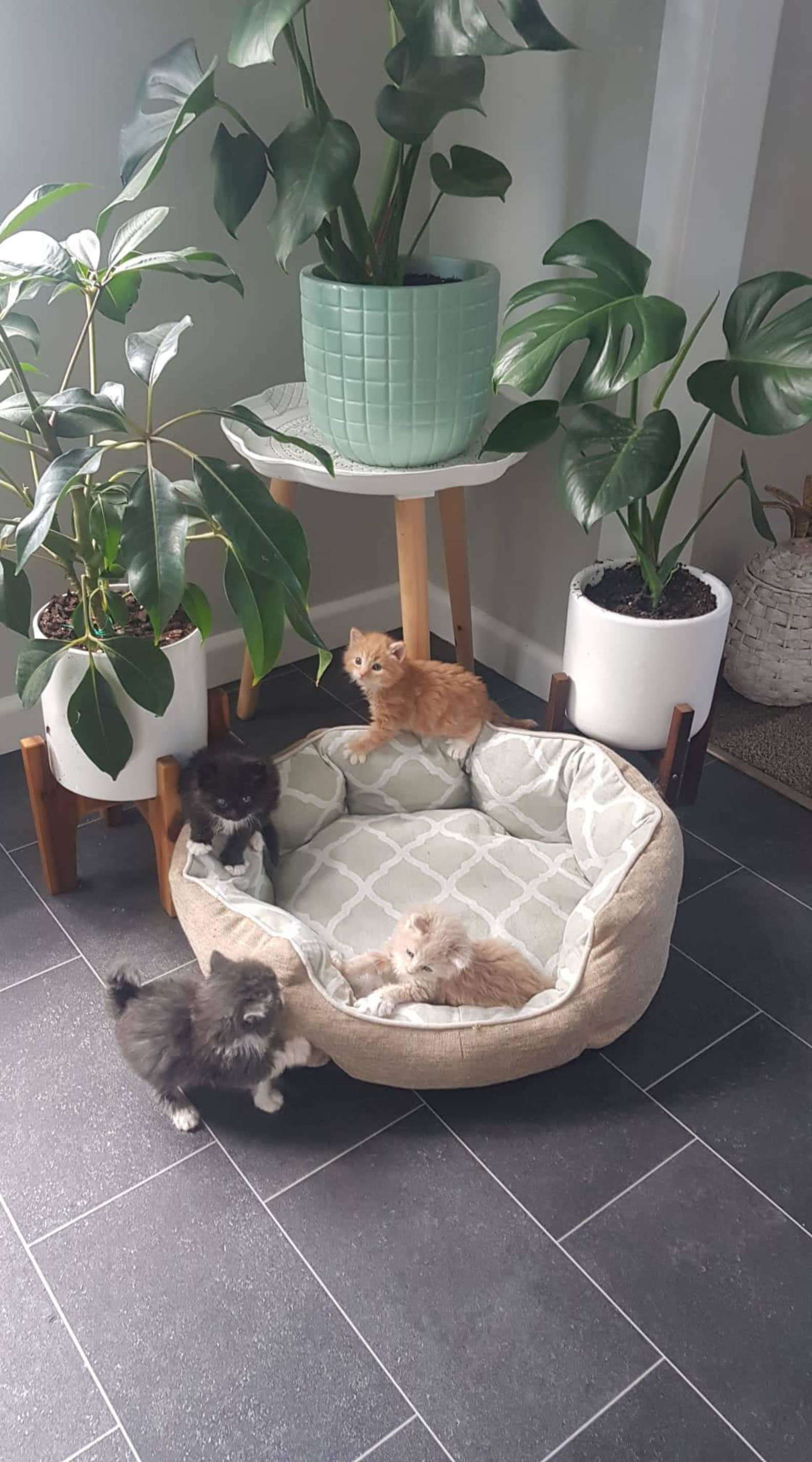 “They’re bottle-fed and a little timid but starting to play now,” Mannell told The Dodo. “The black one thinks he’s a human, the cream girl is really sassy, the ginger boy is really independent and the little gray boy is very shy and small!”

The four kittens have been having so much fun exploring Mannell’s house, and recently, they discovered her couch for the first time. They were having a great time climbing all over it, and eventually became exhausted from all the exploring and promptly fell asleep together.

Wanting to take advantage of the quiet moment, Mannell decided to grab a snack. The kittens had only been asleep for about 10 to 15 minutes when she ripped open the chocolate bar … 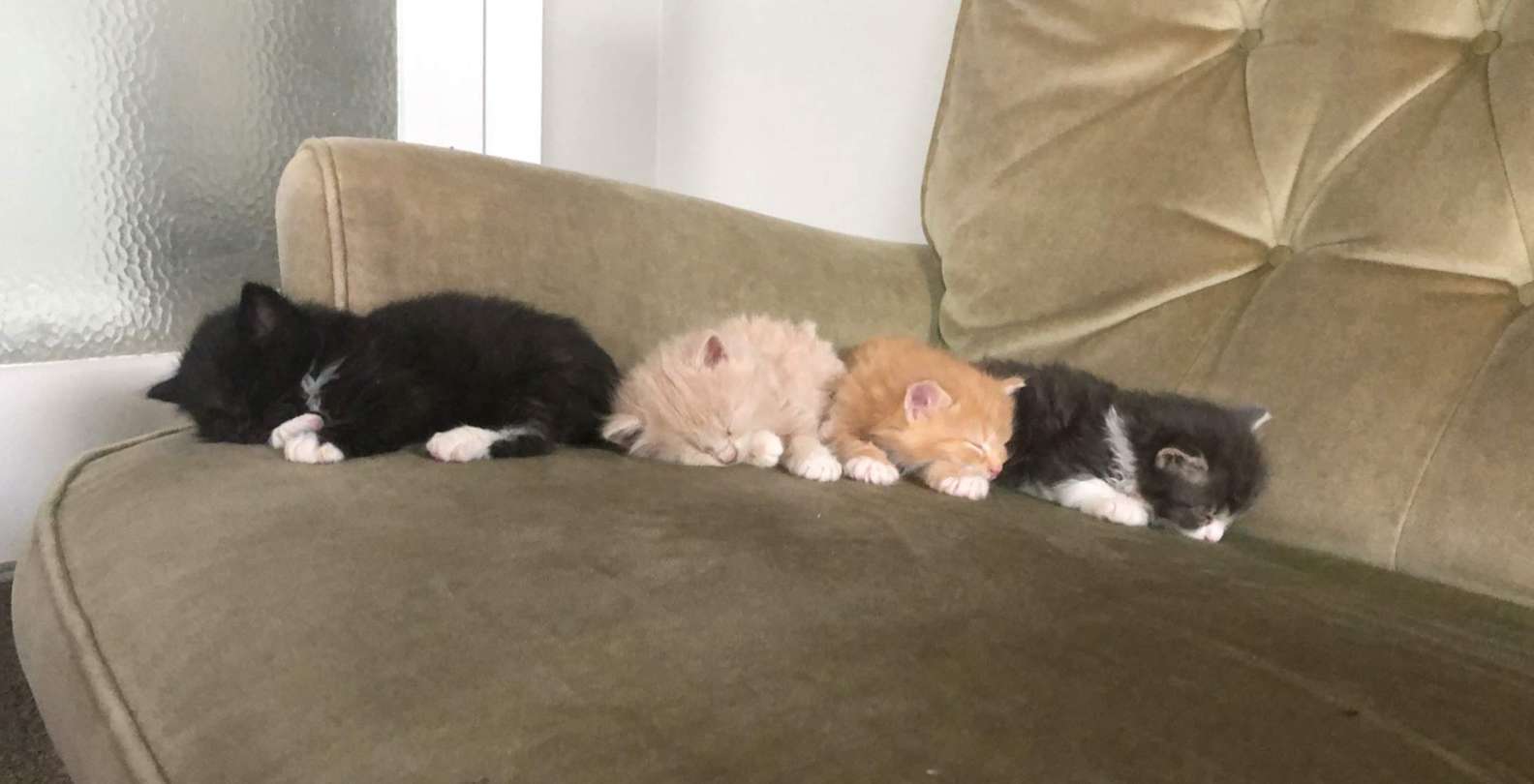 … and immediately, all four kittens woke up. 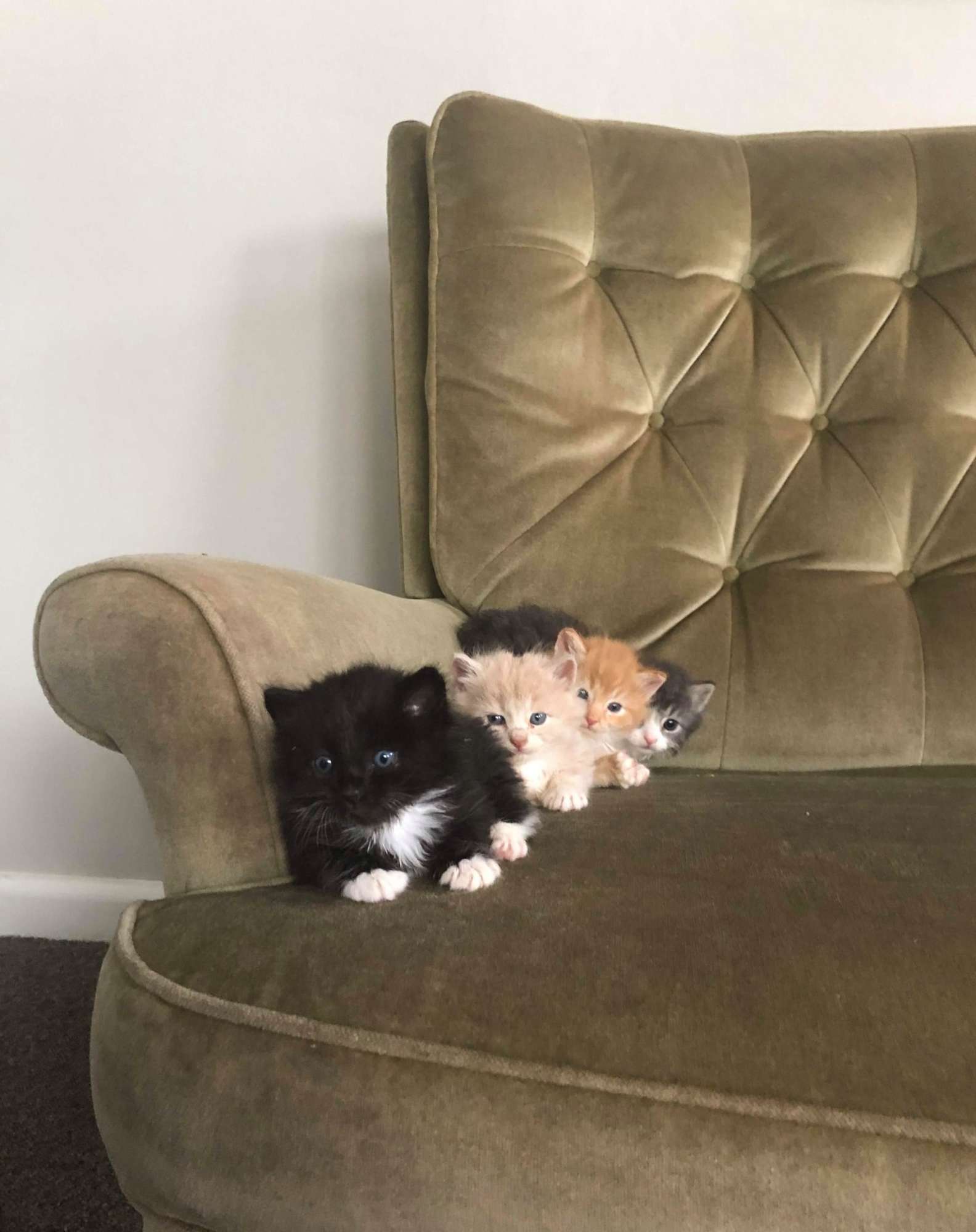 They all opened their eyes at the exact same time when they heard the chocolate being opened. They may be young, but, of course, they’ve already figured out what food sounds like.

The kittens watched the chocolate intently — until they realized Mannell wouldn’t be sharing it with them. 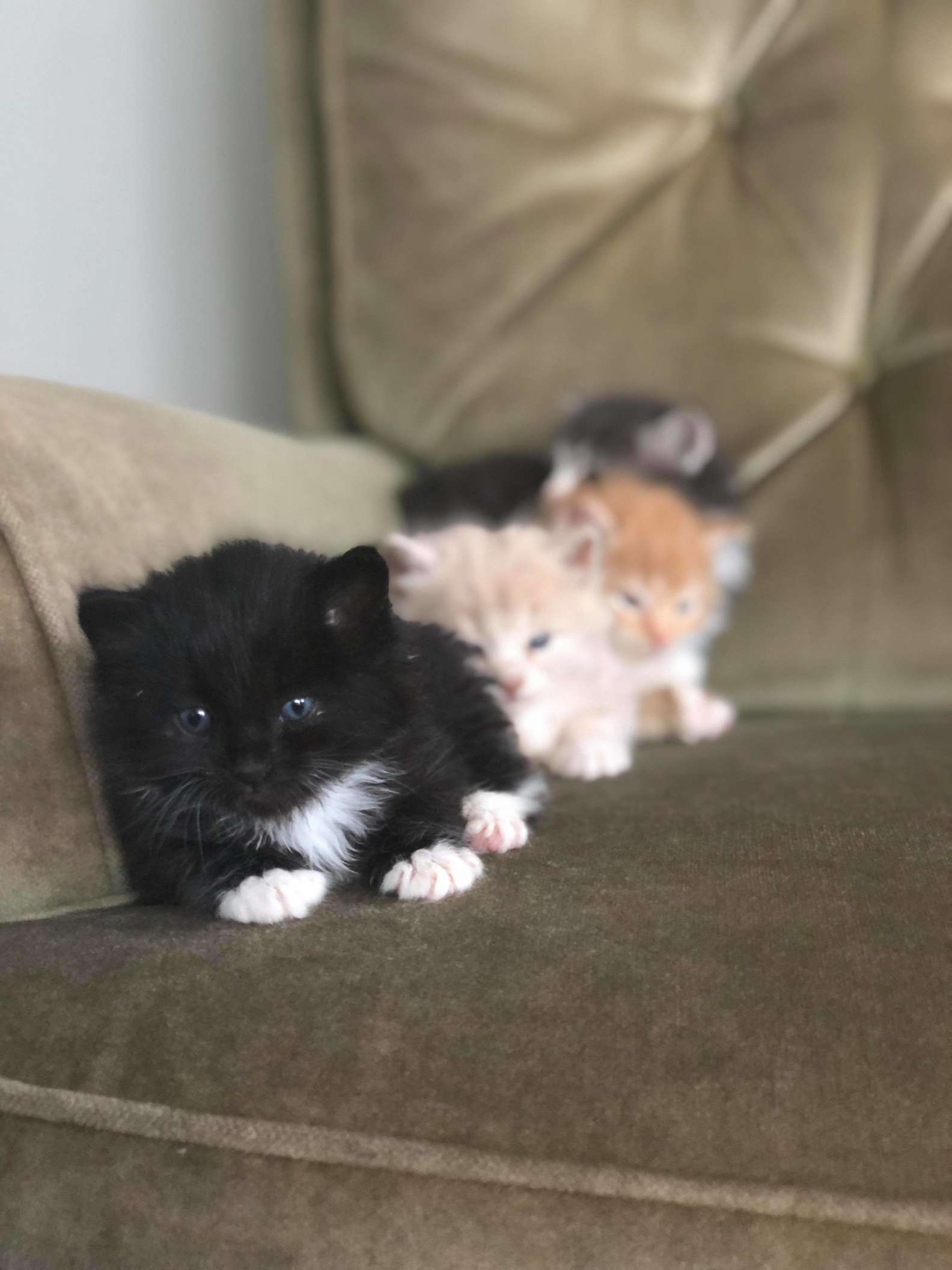 “They went back to sleep straight afterwards,” Mannell said.

Once they were all sleeping again, Mannell was able to finally enjoy her snack and a moment to herself — before they woke up and started exploring all over again.