Maura McLaughlin loves a lot her cats! She thought it was one of them when one night Maura awoke to an unfamiliar feeling. Her door was closed and none of her cats were there. Maura was sure about that.

“So I was like, ‘What was that?’ And I just bolted upright and went into the living room to sleep on the couch.”- Maura said.

The other day, one of the artists who’s living in Maura’s daughter’s room, said that he saw something. The artist told Maura that he had a baby possum in his bedroom. 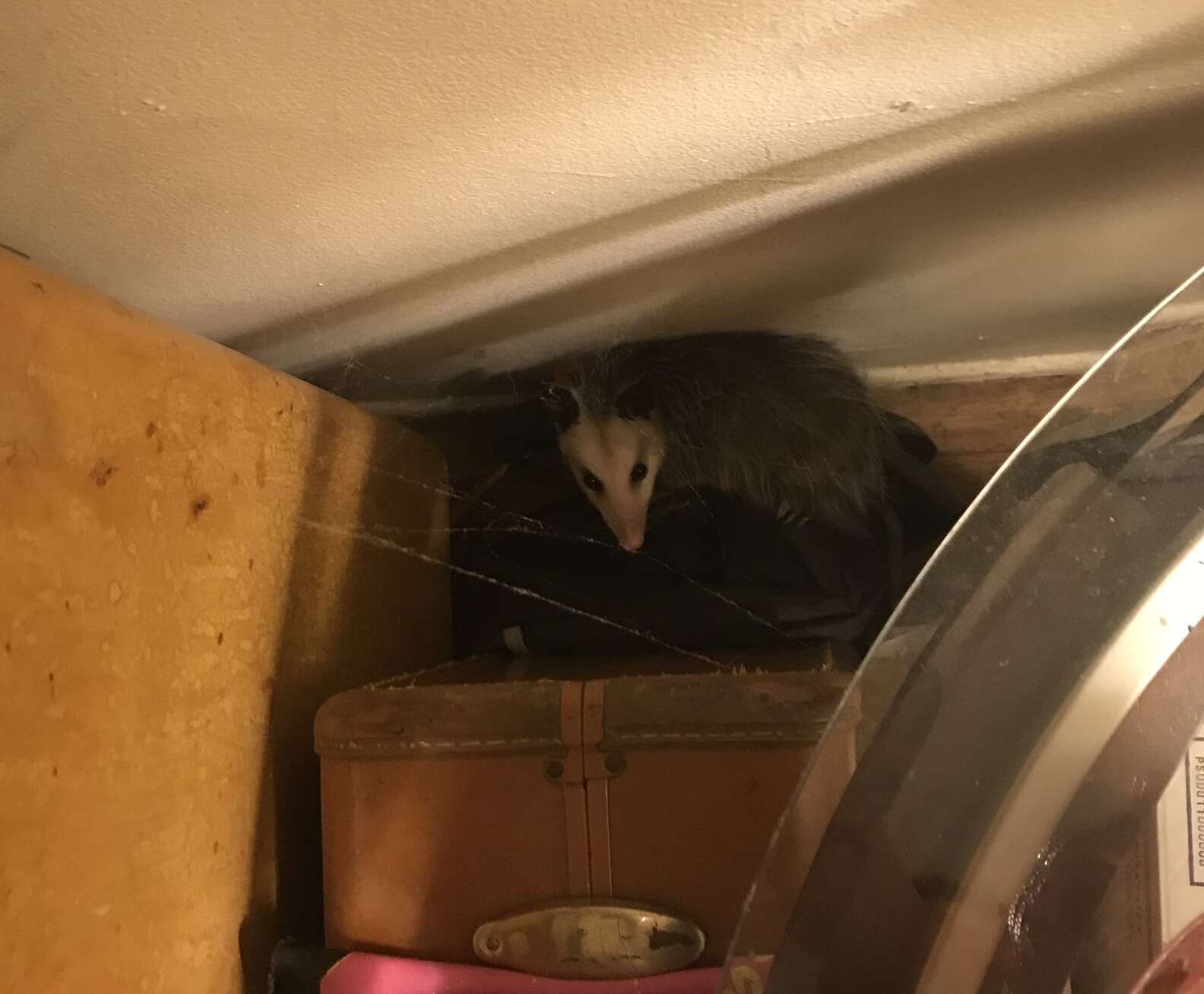 “I heard this new sound, and I was like, ‘That is not my cats, that’s not a raccoon, what is slurping at the water bowl?’” McLaughlin said.

Maura made a decision at that moment. She decided to let the possum stay with them.

“What I ended up doing was giving up and giving in to the fact that they are here — they were born here under my house,” McLaughlin said. “These are just little community members.” 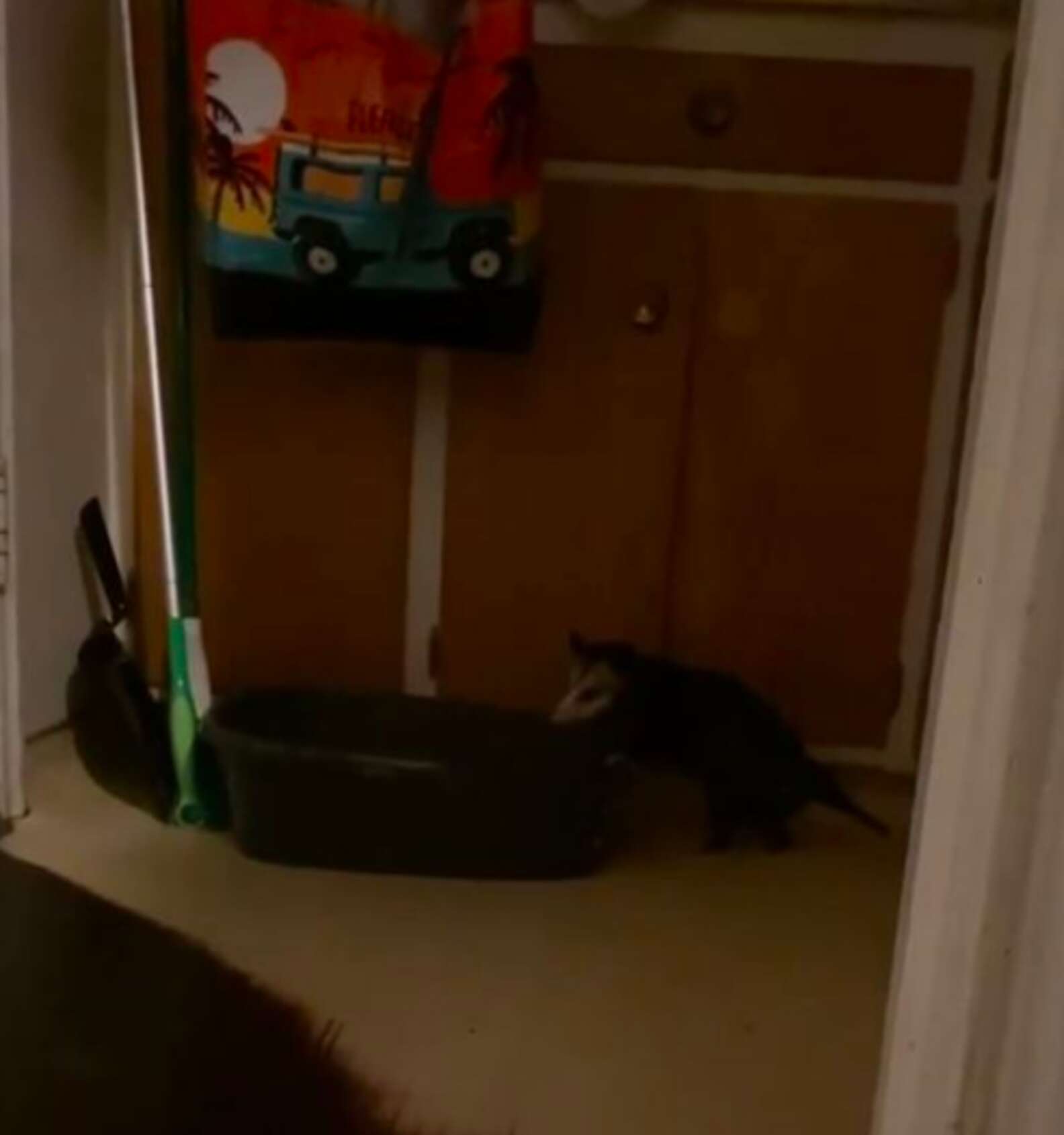 It seems like the possum just wanted to be one of the cats — visiting at night to eat their food, drink their water, and use their litter box.

Now the possum is part of the family and everyone ‘felt in love’ at the first sight.