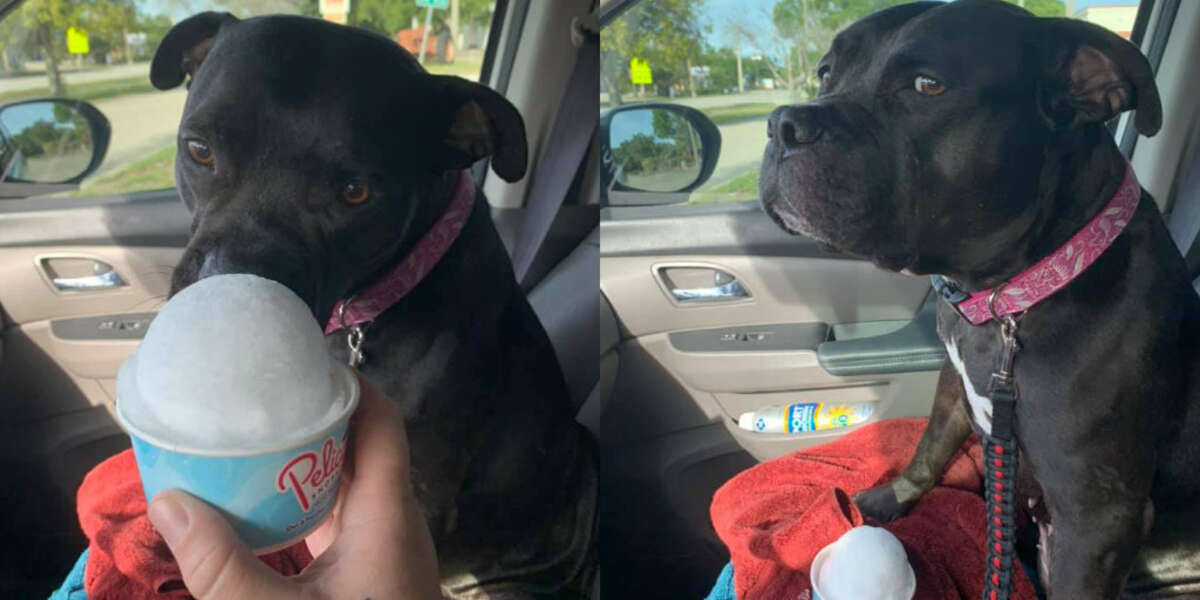 Lola is such a cute dog! She lives on a farm with her family and she is loved by everyone. Actually Annie Belanger Burley, Lola’s mom has said that Lola doesn’t even age and she is a total weirdo. 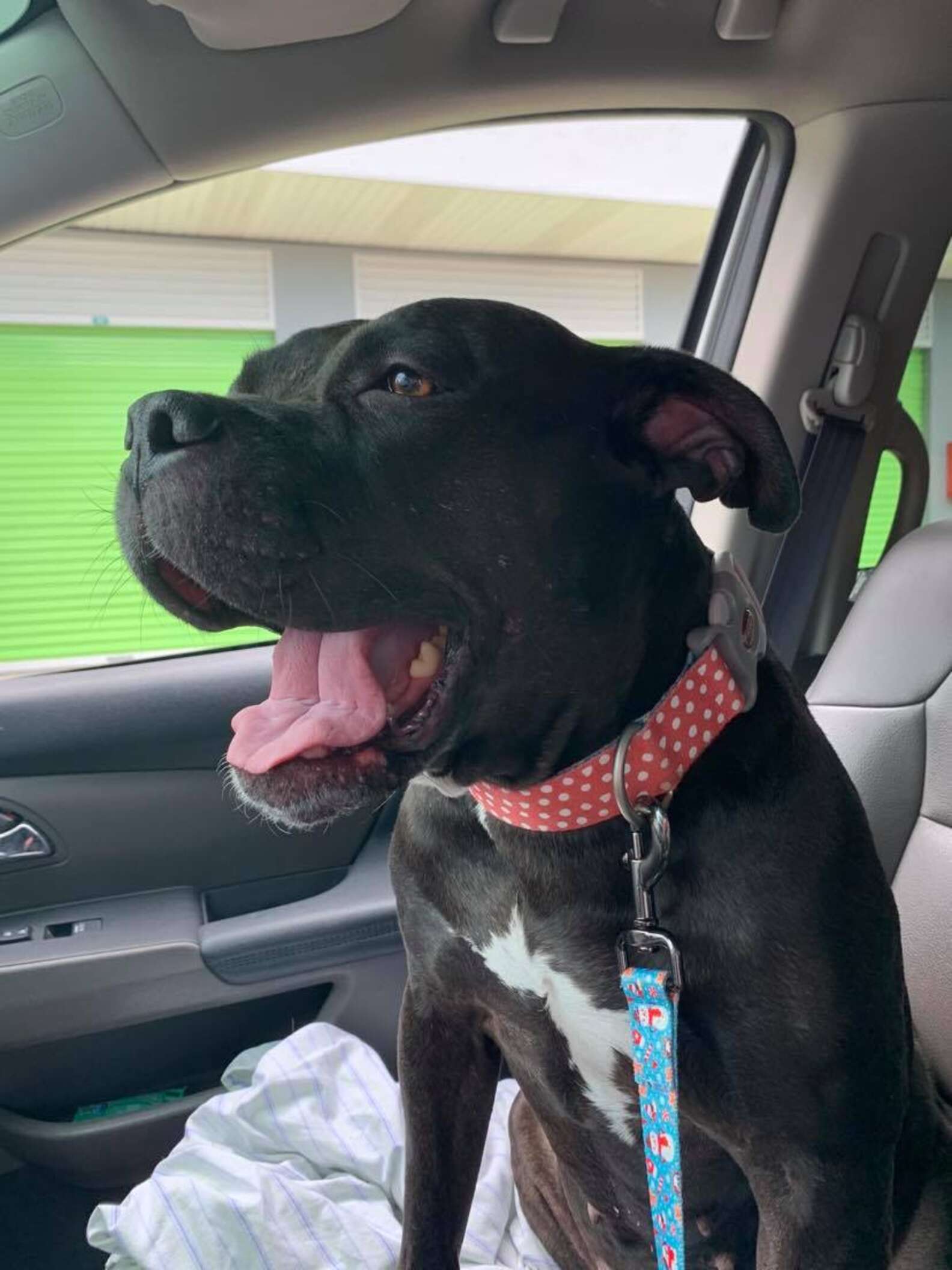 “We have had her for six years, but she’s been ‘ours’ for four,” Annie Belanger Burley, Lola’s mom, told The Dodo. “We have no clue how old she is, but she literally doesn’t age. She has the most amazing temperament, but she’s a total weirdo! She requires being tucked in at night. She’s goofy, she snores when she’s awake, other dogs think she’s growling, but she’s really just breathing. She has looks that could kill. Sometimes her happy face looks like her mean mug.” 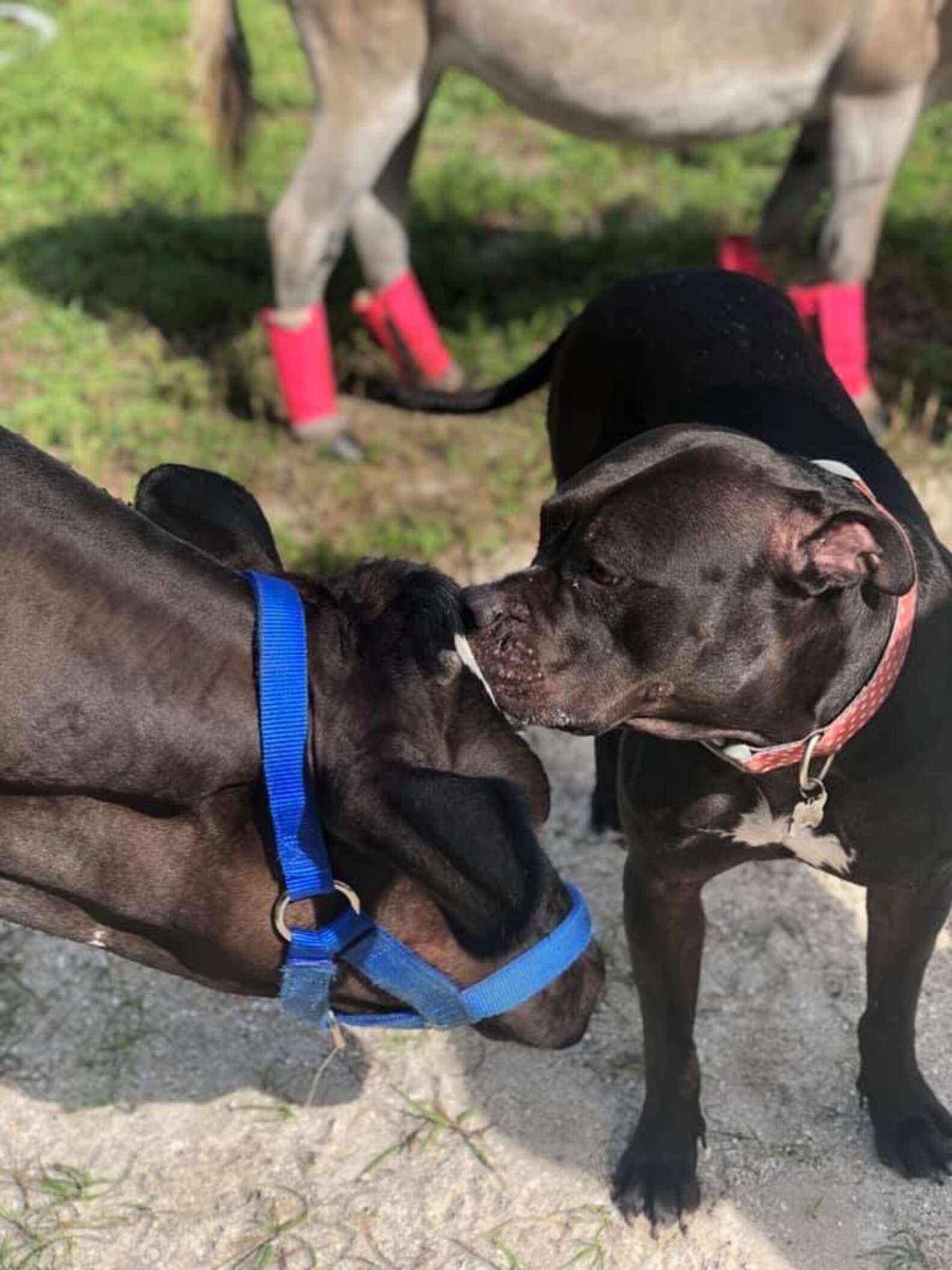 But one day Lola and her mom decided to get snow cones. But that day, Lola did not want to eat it because she had stomach problems a night before. 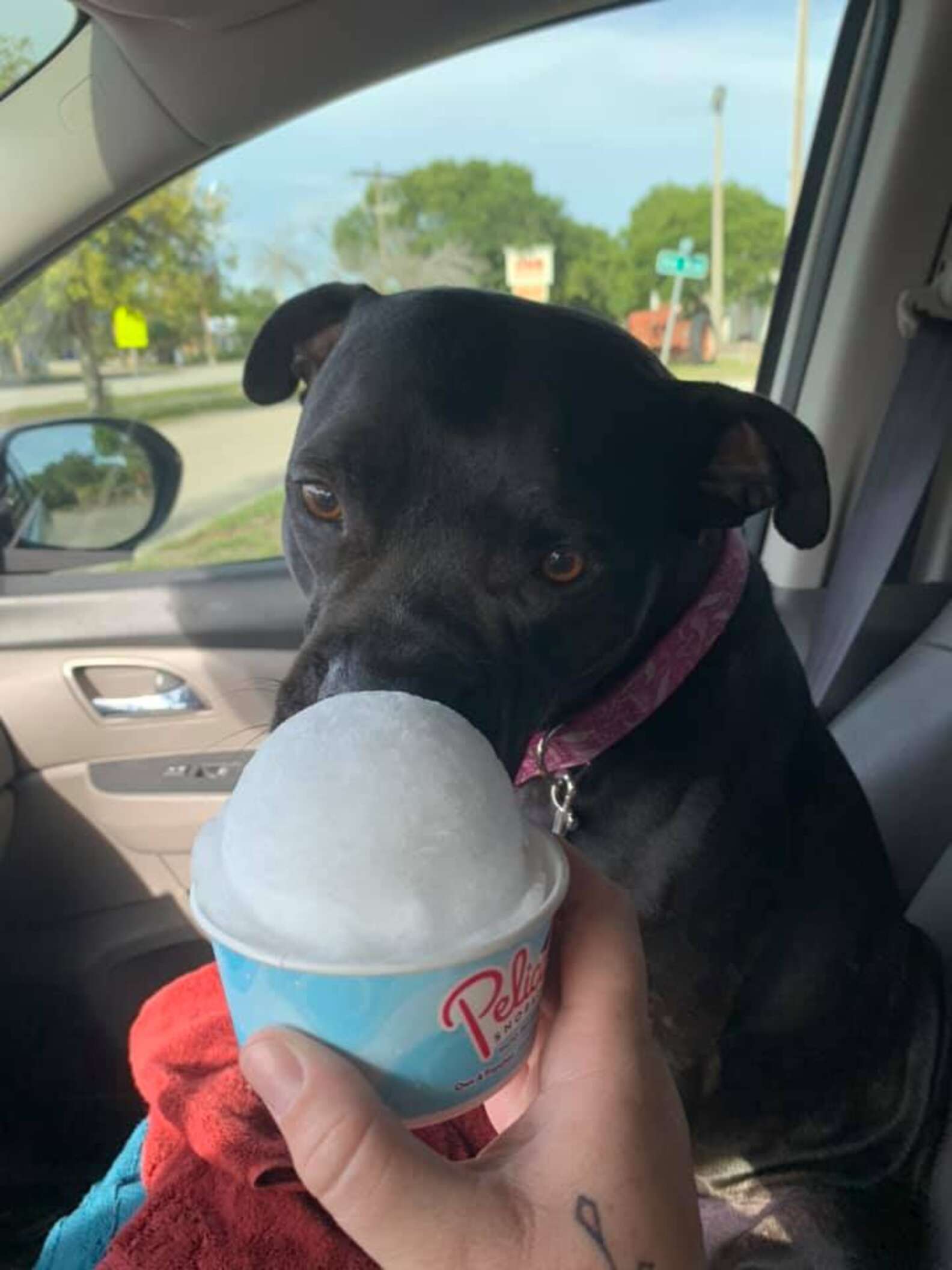 Lola sniffed the plain snow cone, then stared at her mom and made it very clear that she had absolutely no intention of eating it. It wasn’t the right flavor, and she refused to compromise. 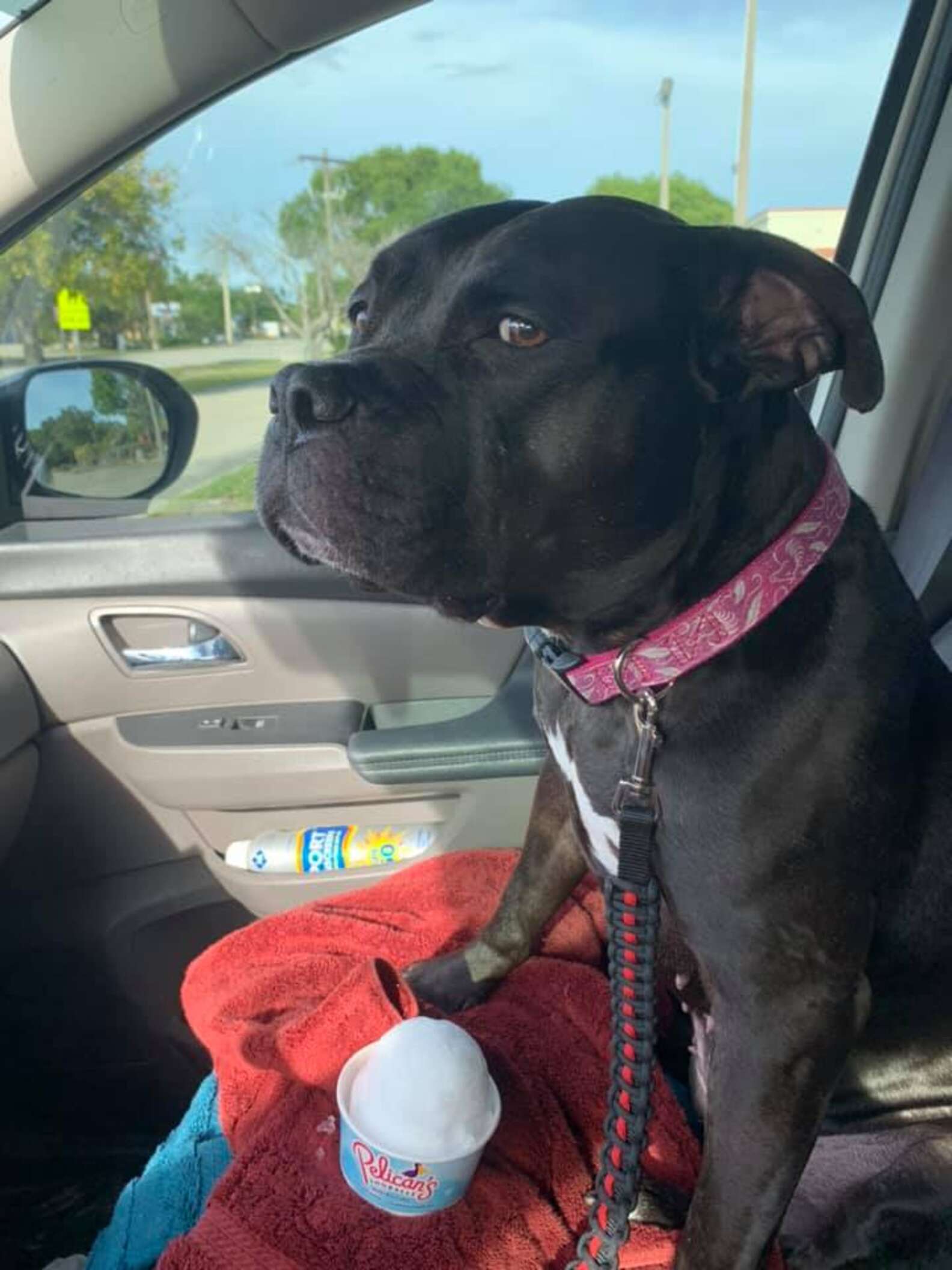 The dog was very serious at that moment. She didn’t eat it and let the snow cone melt.

Well Lola is strong in her convictions.