Tyler Wilson had an encounter he won’t soon forget.

After stopping to refuel at a gas station near his home in Kentucky, Wilson was approached by an unaccompanied yellow lab. Naturally, it raised concerns that the dog might be in need of help – especially since Wilson had spotted him on his own before. 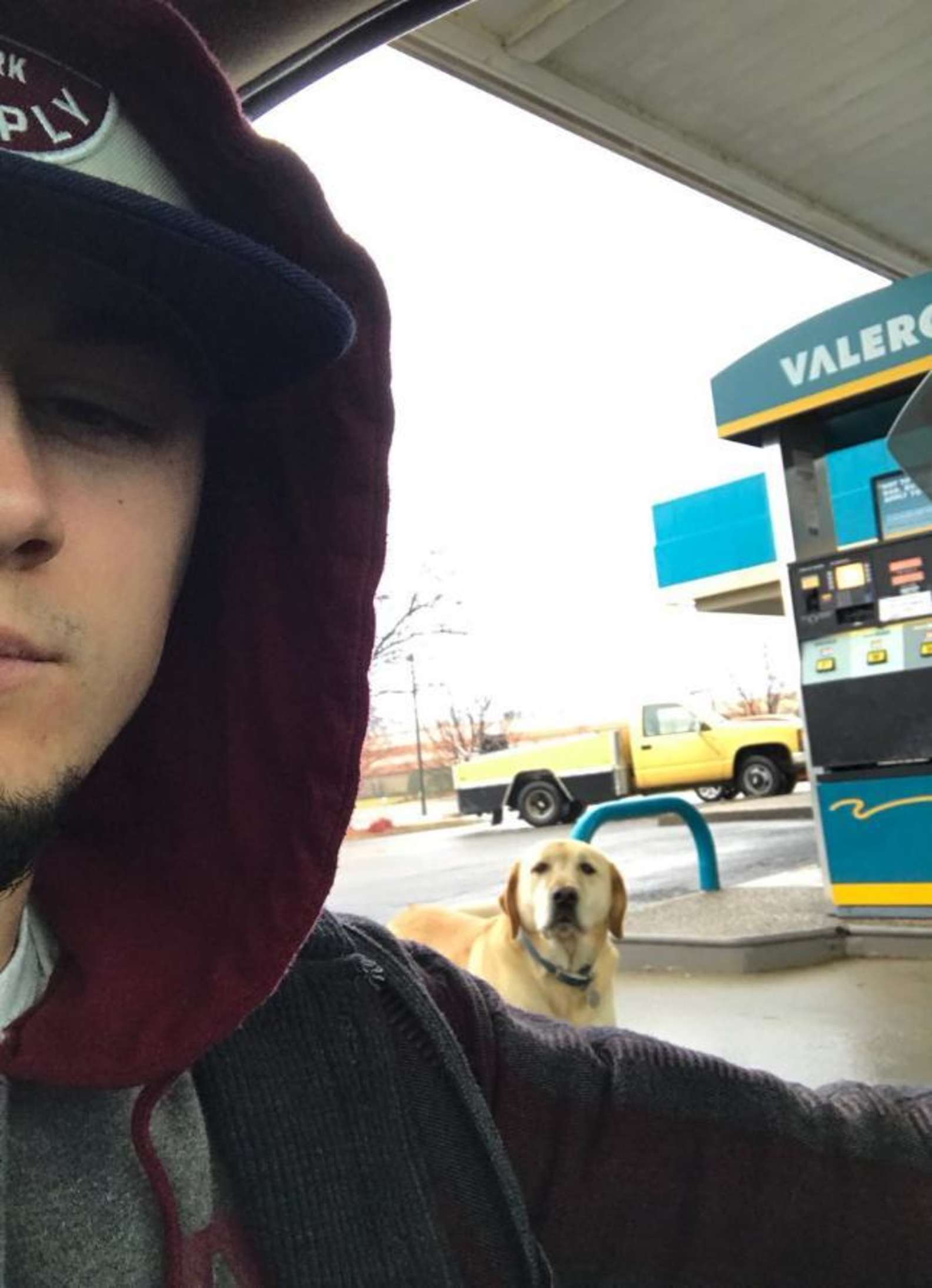 “I’ve seen the dog a couple weeks before around that area,” Wilson tells The Dodo. “So when he came up to me at the gas station and sat next to me, I was like, ‘This dog has been lost for a while.'” 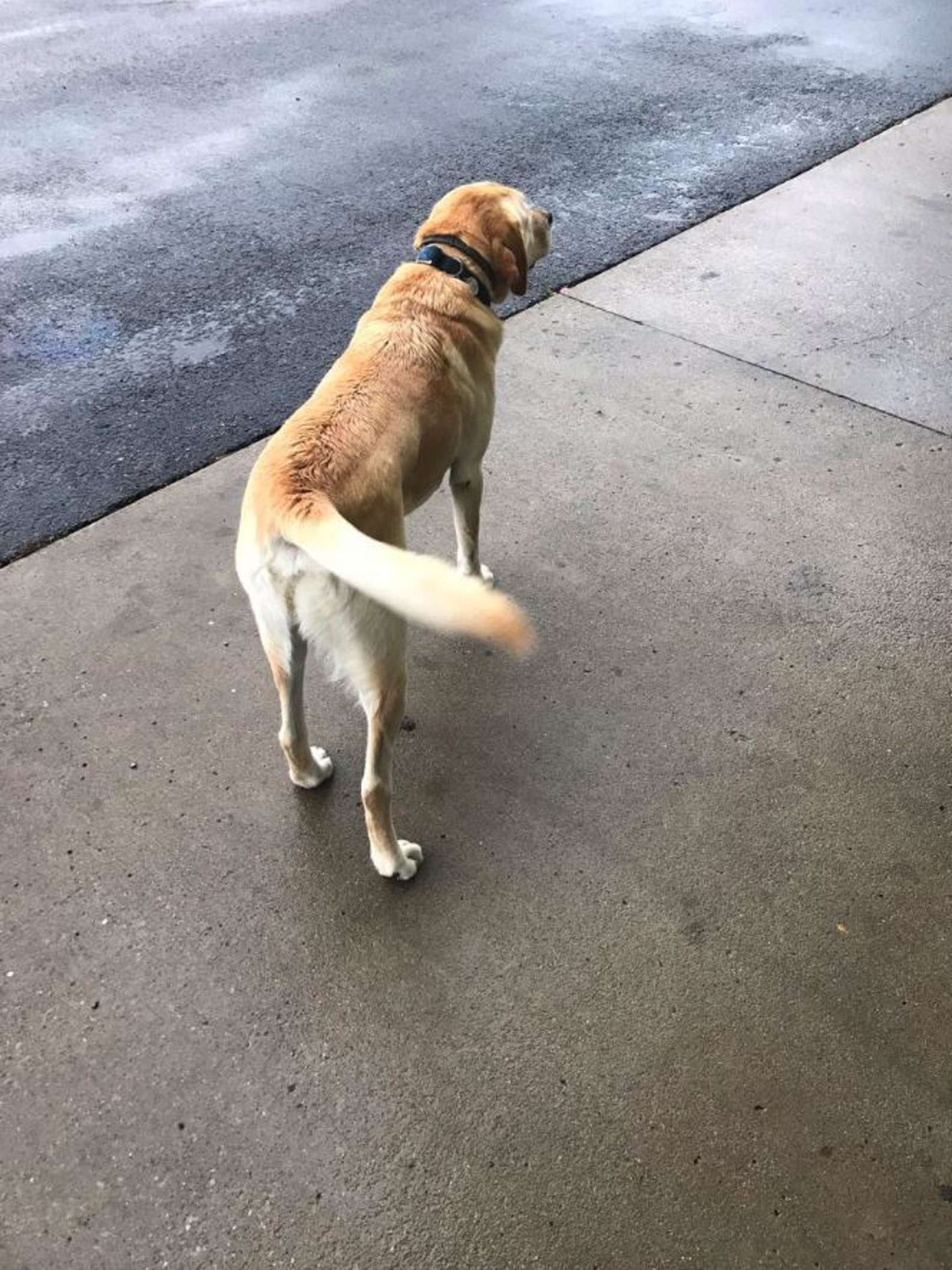 Fortunately, the seemingly stray pup was wearing a collar. The first thing Wilson did next was check for an ID tag for an address or telephone number.

What he found there came as a pleasant surprise. 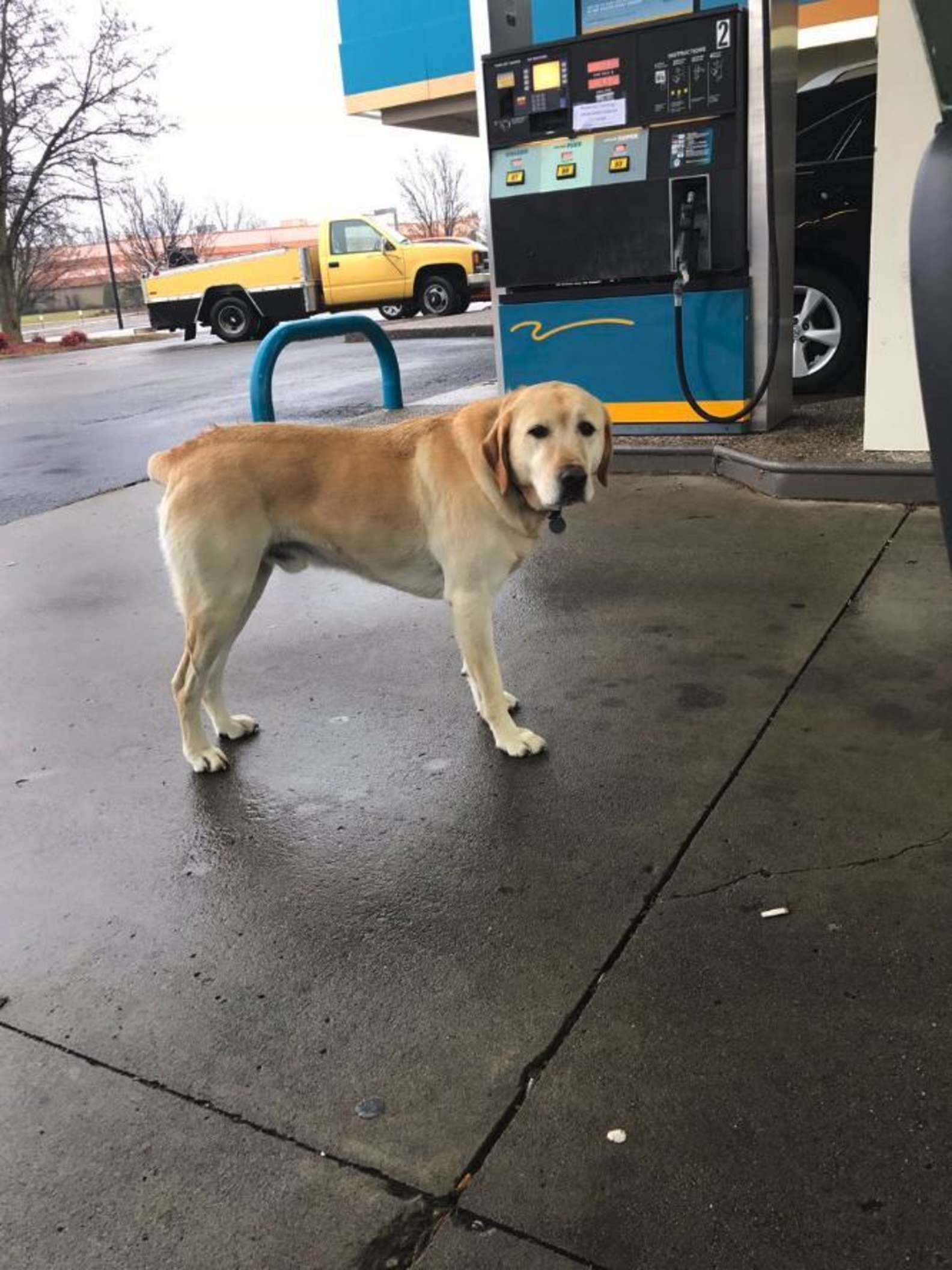 Instead of listing contact information of the dog’s owner, the tag simply read: 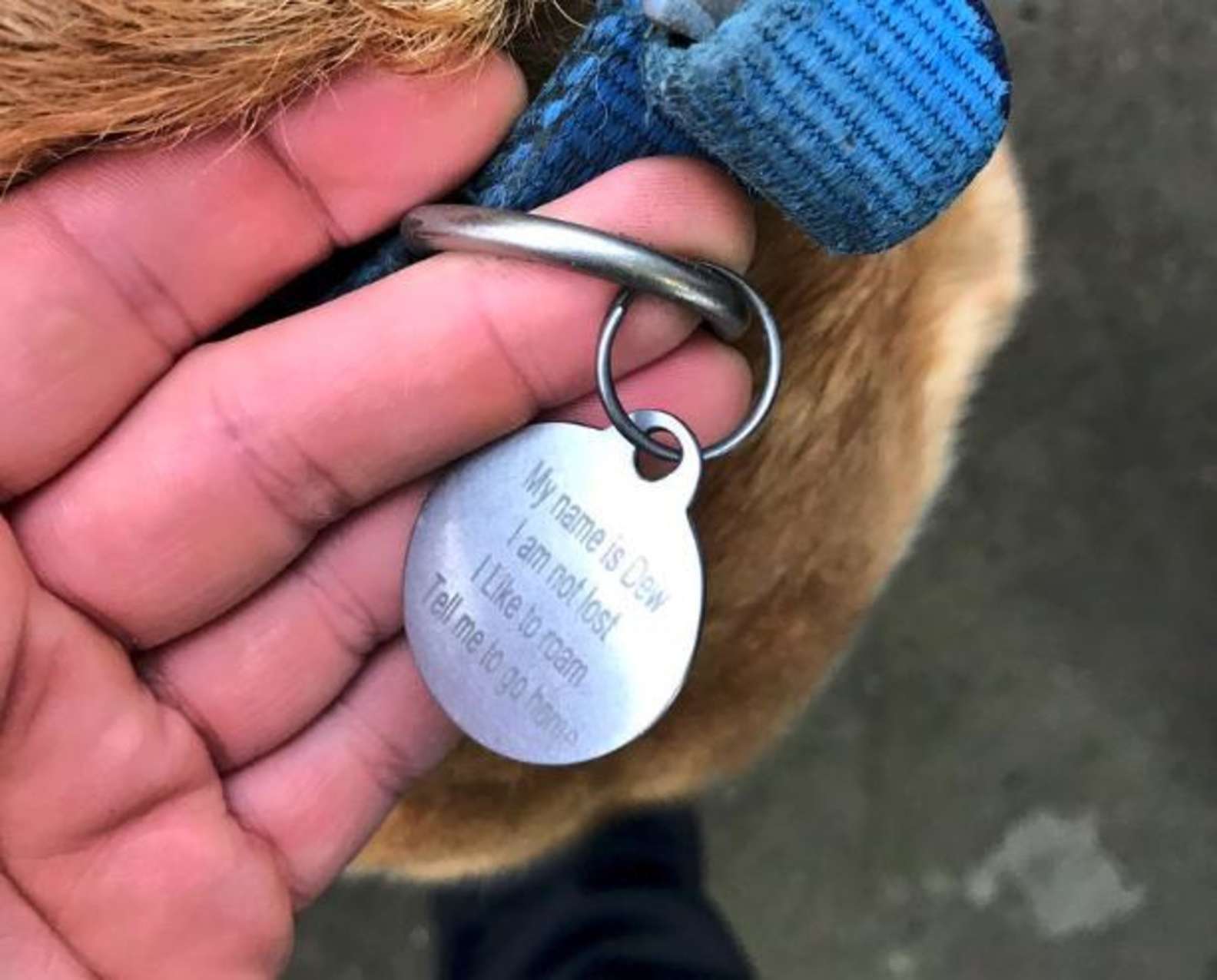 “Once I saw it, we both looked at each other and I knew he was OK,” says Wilson. “It was so cute.”

Now that he knew the truth about Dew, Wilson didn’t tell Dew to go home immediately. Before leaving, he set about making a proper introduction to the friendly dog who, it seems, had initially approached him for that purpose.

“I pet him and even hugged him,” Wilson says. “He got me a little wet from the rain, but it was worth it.” 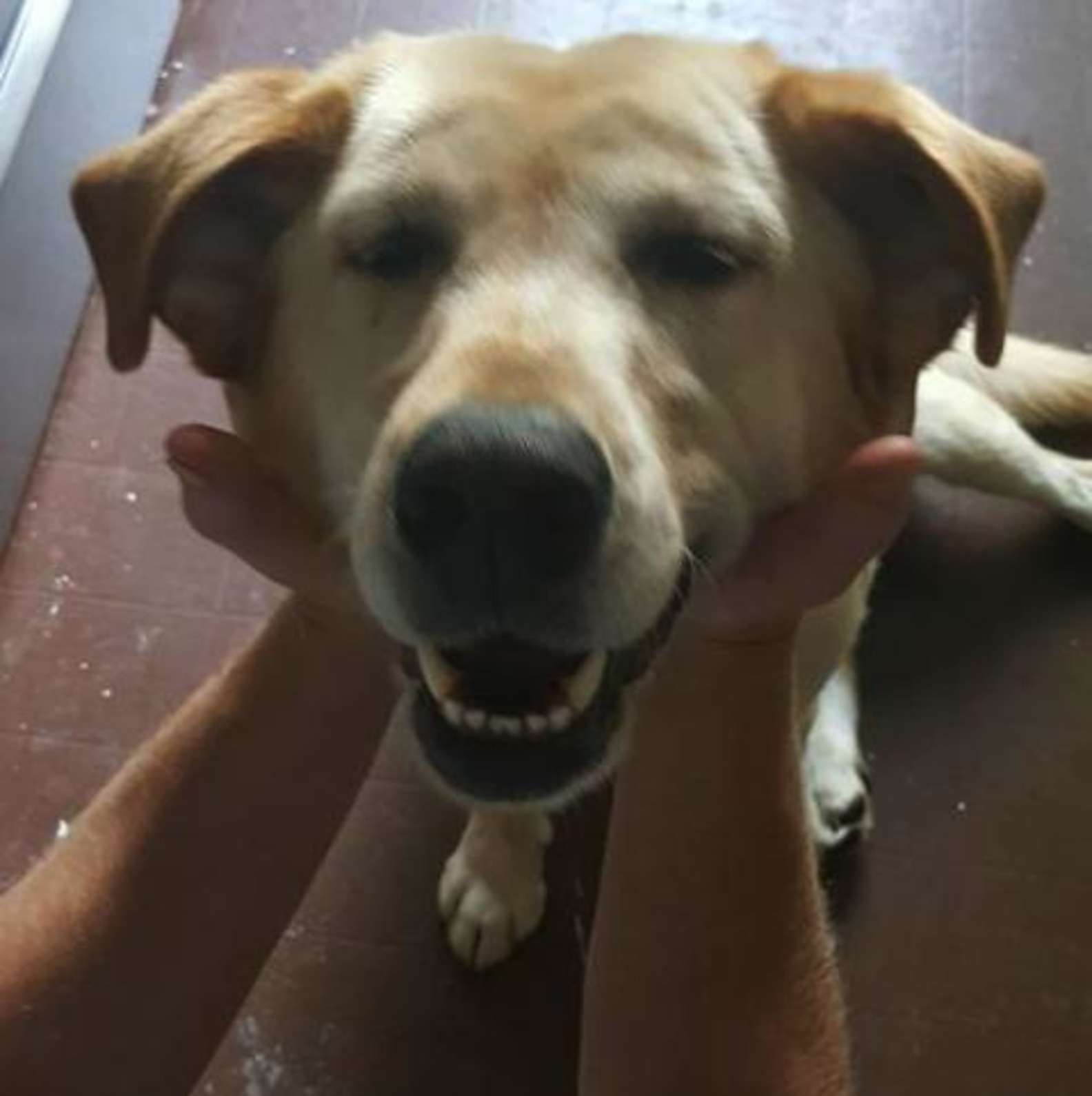 As it turns out, Dew is a local celebrity of sorts, known for strolling around town greeting new people. When he’s finished his little expeditions during the day, Dew always returns to the 70-acre farm nearby where he lives with his family. 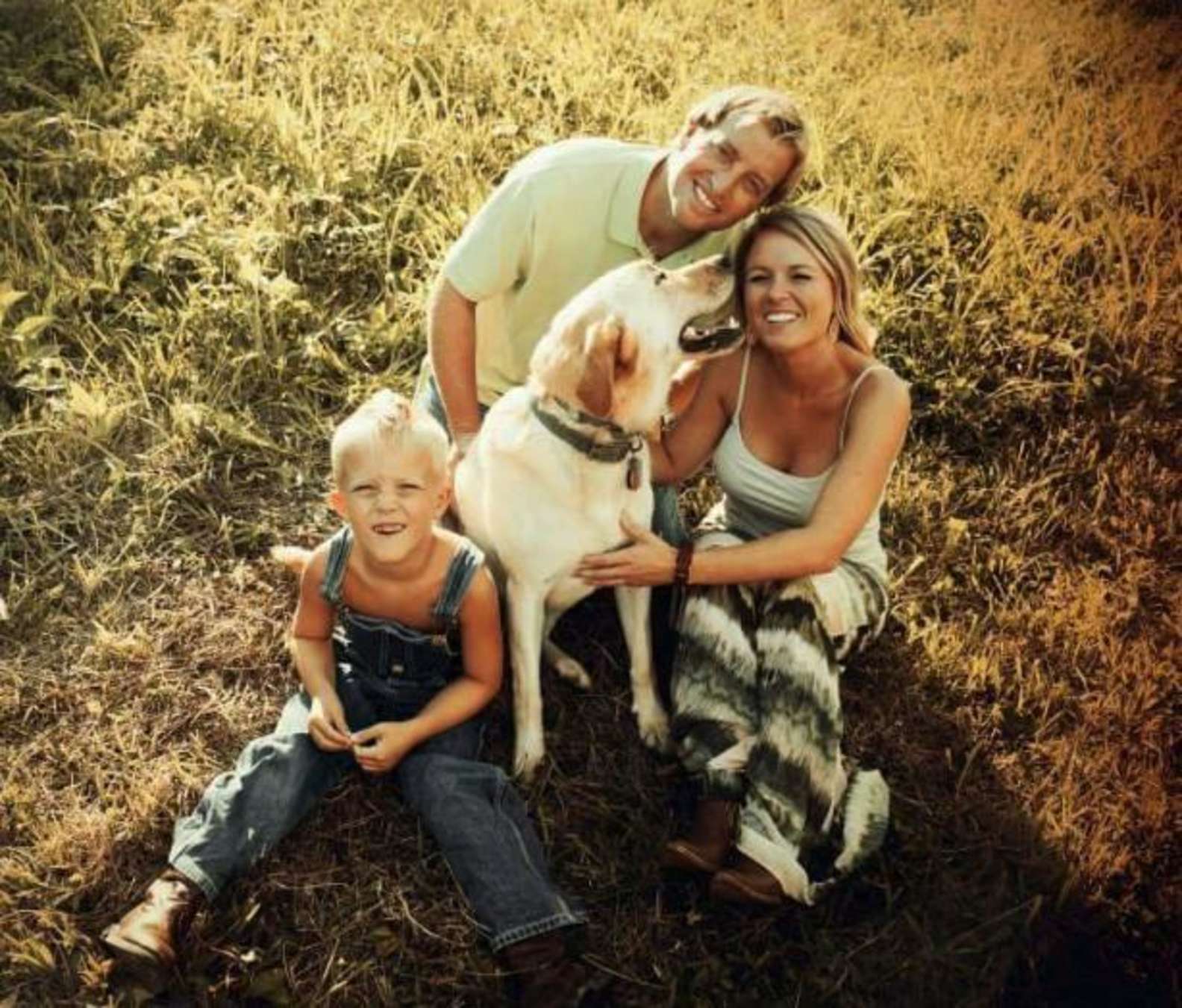 “Dew loves to make new friends,” his family tells The Dodo. “Fortunately, Dew is chipped and wears a GPS tracker so when his sneaky little self gets out and about, we always know where he is! He just likes to spread the love.”

While Dew’s solo trips off the farm might not be the safest thing to do, when he does go, we’re glad he meets folks who want to make sure that he’s cared for – folks like his new friend from the gas station.

“I am going to see the owners again soon, this week or next, to see Dew,” Wilson says.