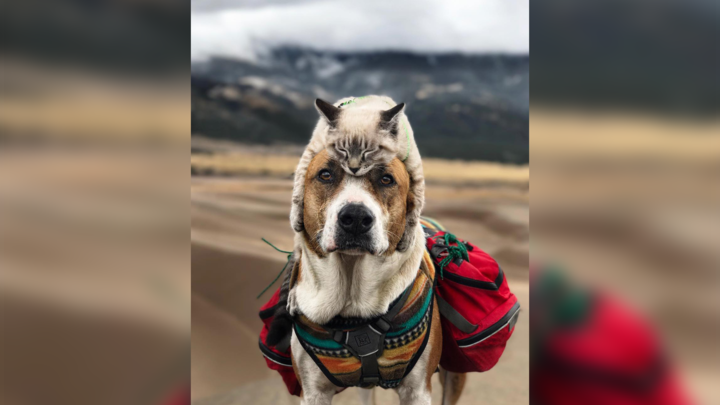 Henry wasn’t the first dog Cynthia Bennett thought to adopt. When she and her boyfriend went to meet some puppies at an adoption event in 2014, Bennett originally had her eye on a golden retriever mix. But then she noticed Henry.

“We looked around and Henry was just sitting there,” Bennett told The Dodo. “They said he was only 3 and a half months, but he was like five times bigger than the other 3 and a half-month old puppies. And he had these long legs, and the body type of a wolf or husky.” 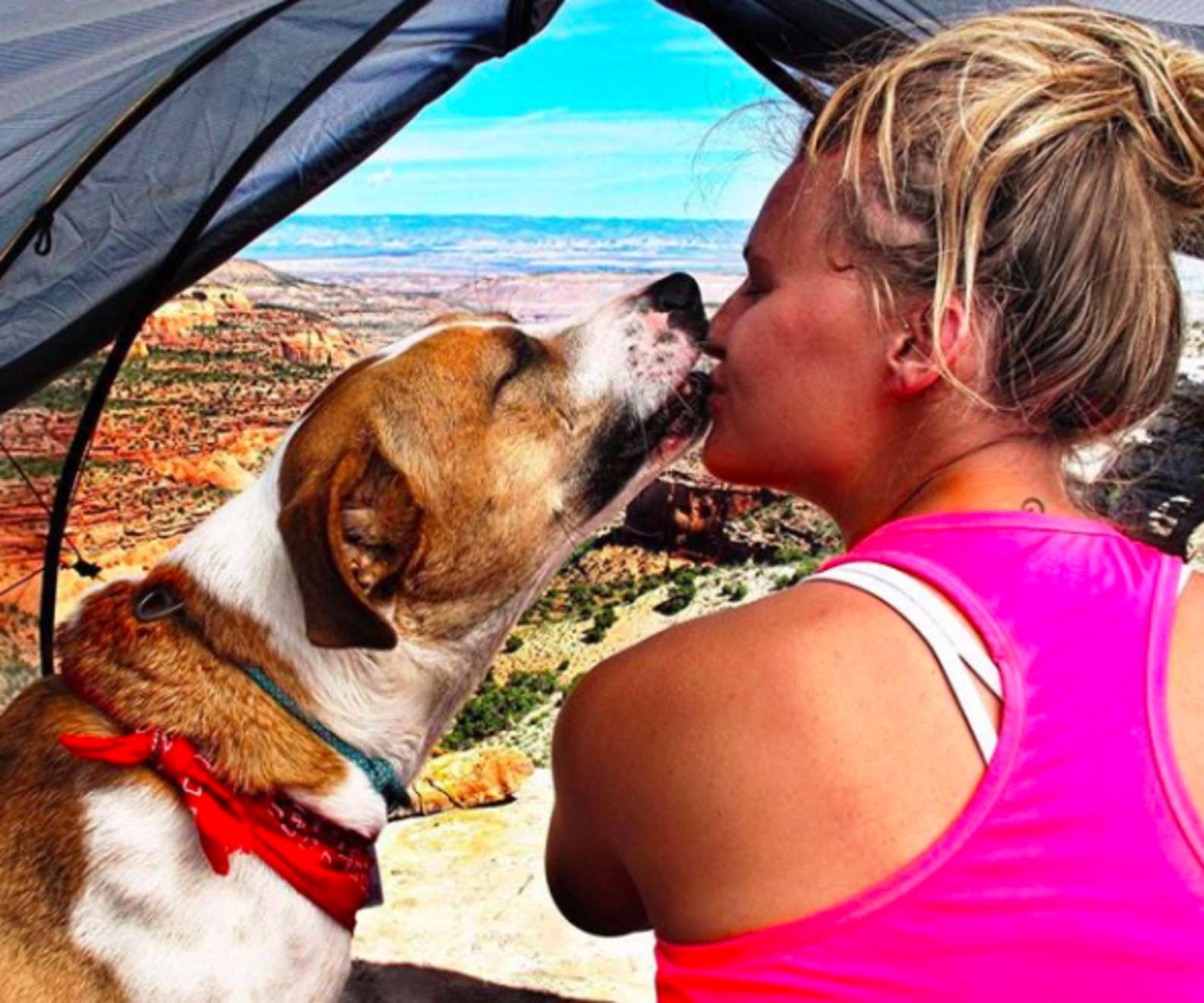 When Bennett went into the pen to meet him, Henry made a beeline for her. “He just curled up into my lap and went belly up and flipped his head over my arm,” Bennett said. “And from then, I decided that he was coming home with us.” 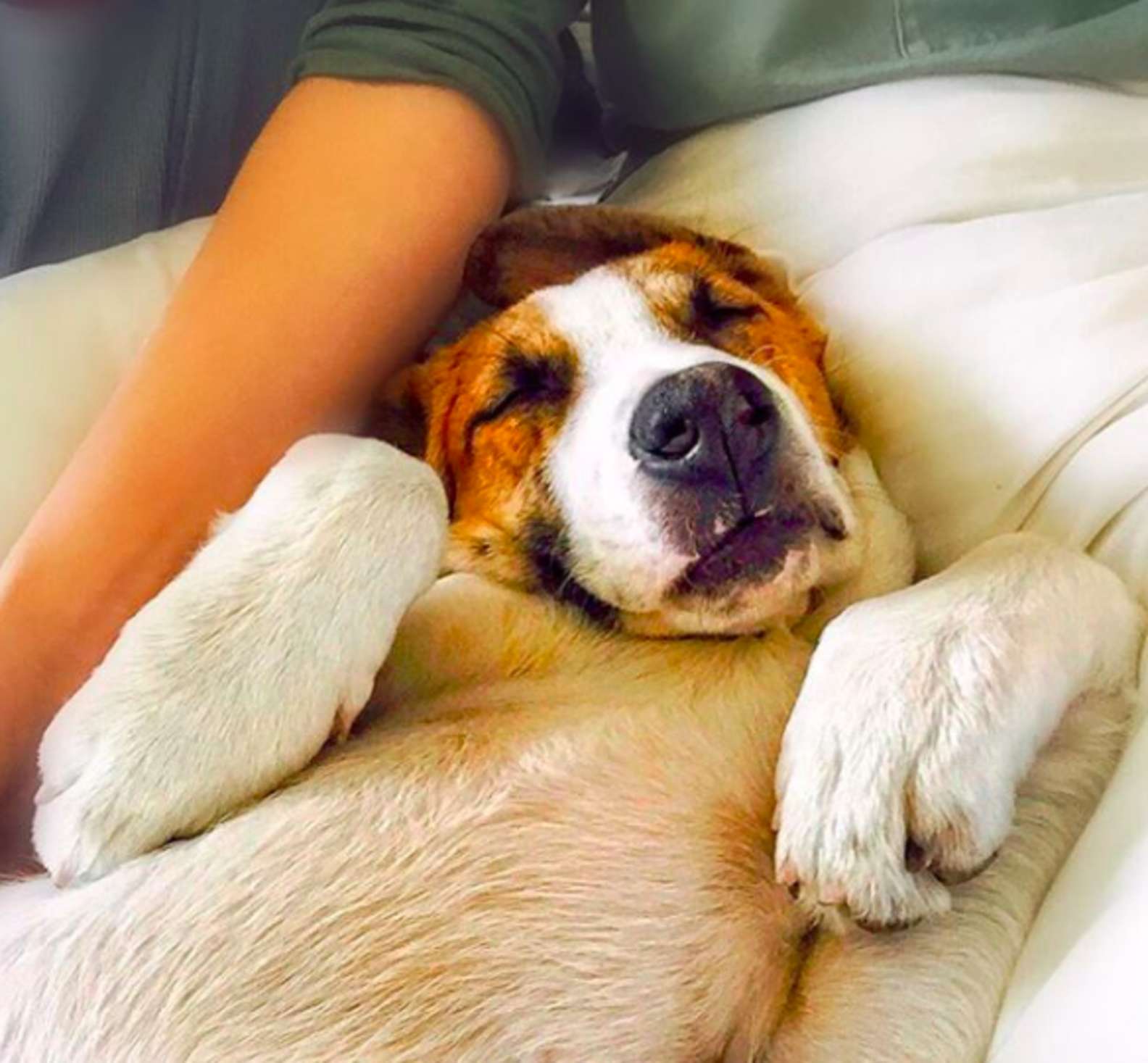 Bennett and her boyfriend are avid hikers, and they’d specifically moved to Colorado so they could go on outdoor adventures on the weekends. So they were delighted to discover that Henry loved going with them. 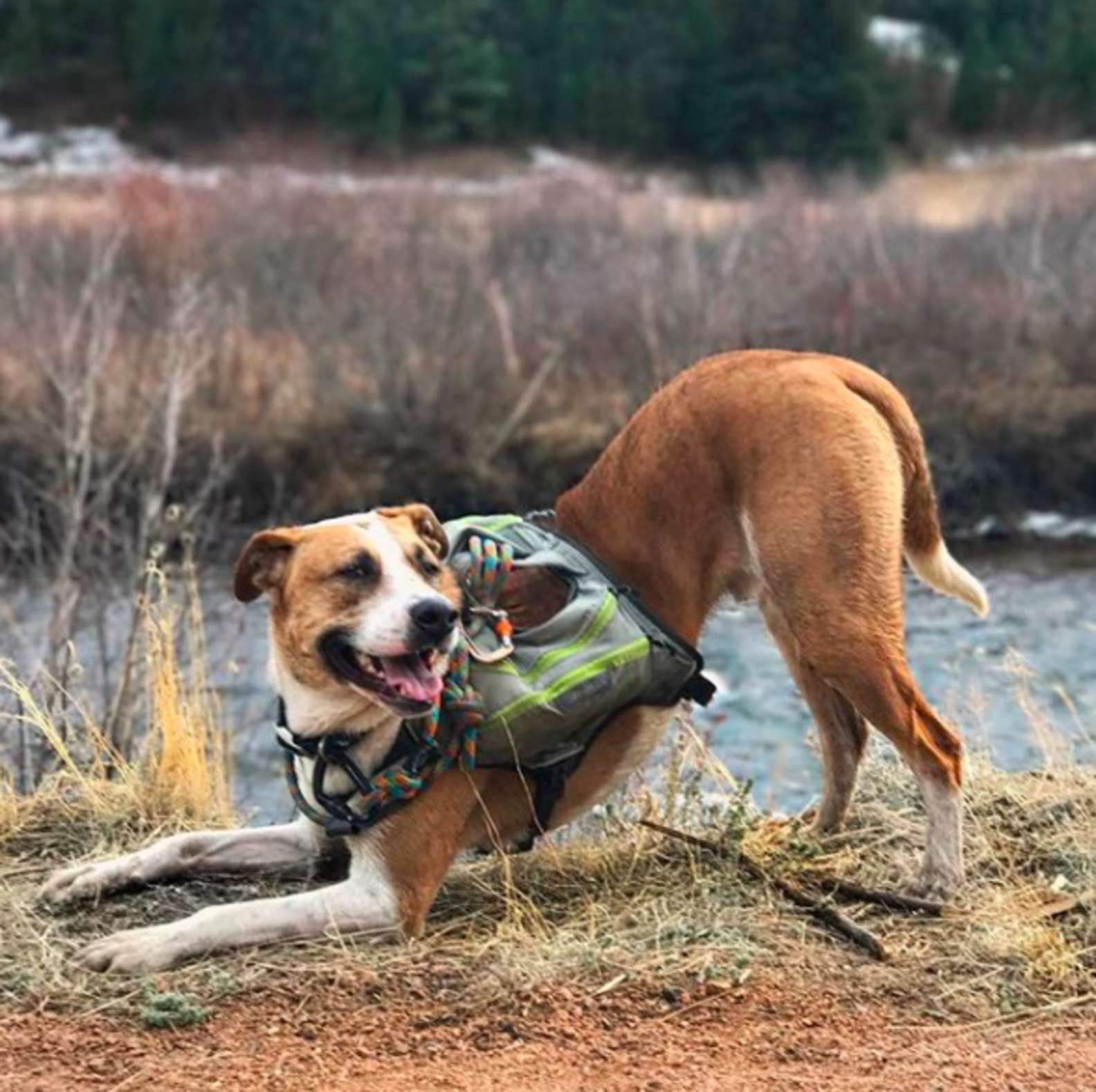 “I think we only had him for three days when we took him on our first hike, which was to Garden of the Gods in Colorado Springs,” Bennett said. “He found the steepest, tallest rock around, and he ran up to the top of it to look over the edge.” 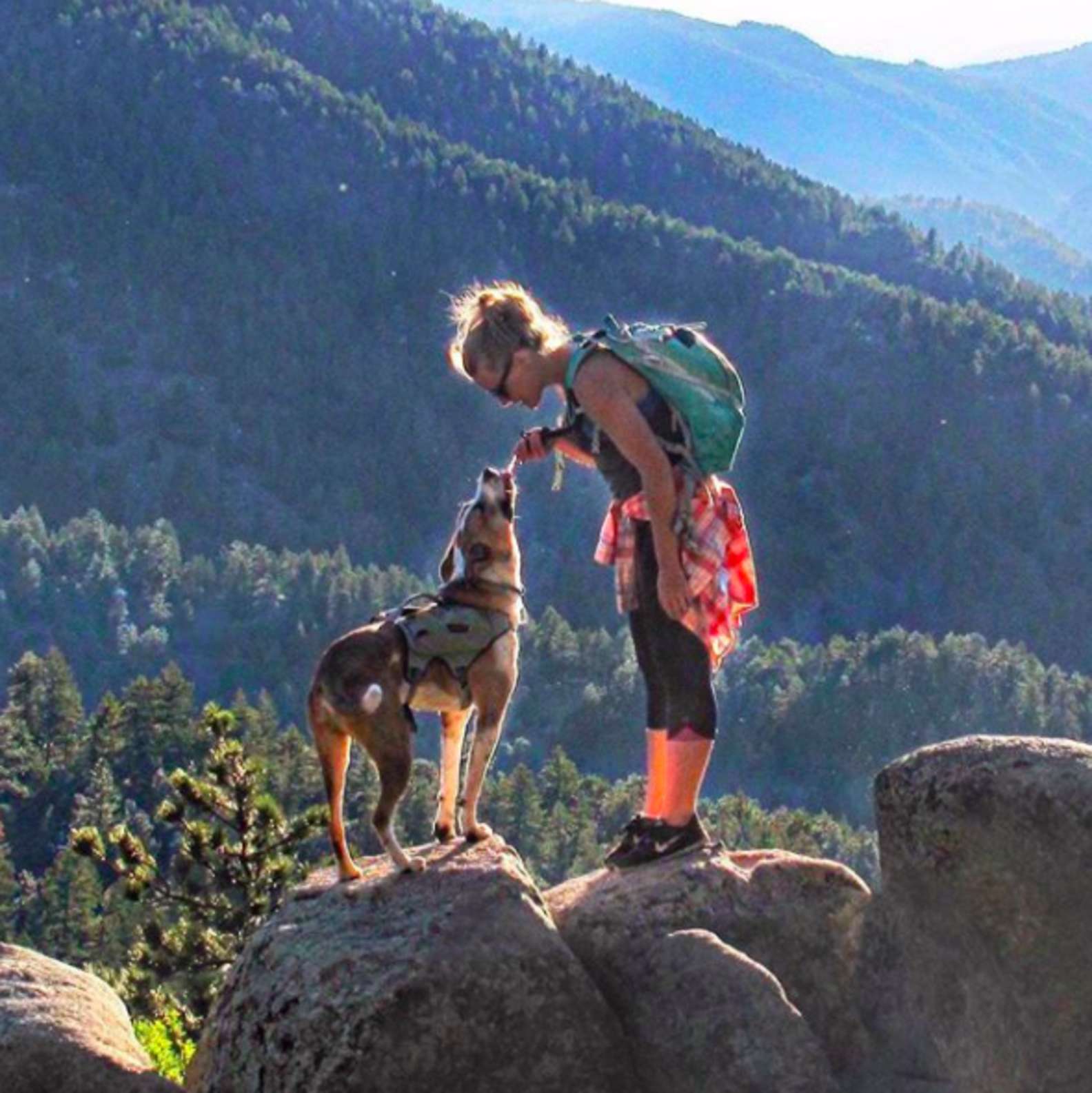 “We call him our little mountain goat,” Bennett added. “He scares us to death, because he goes up to the highest cliff or the highest rock to climb up and look over it.” 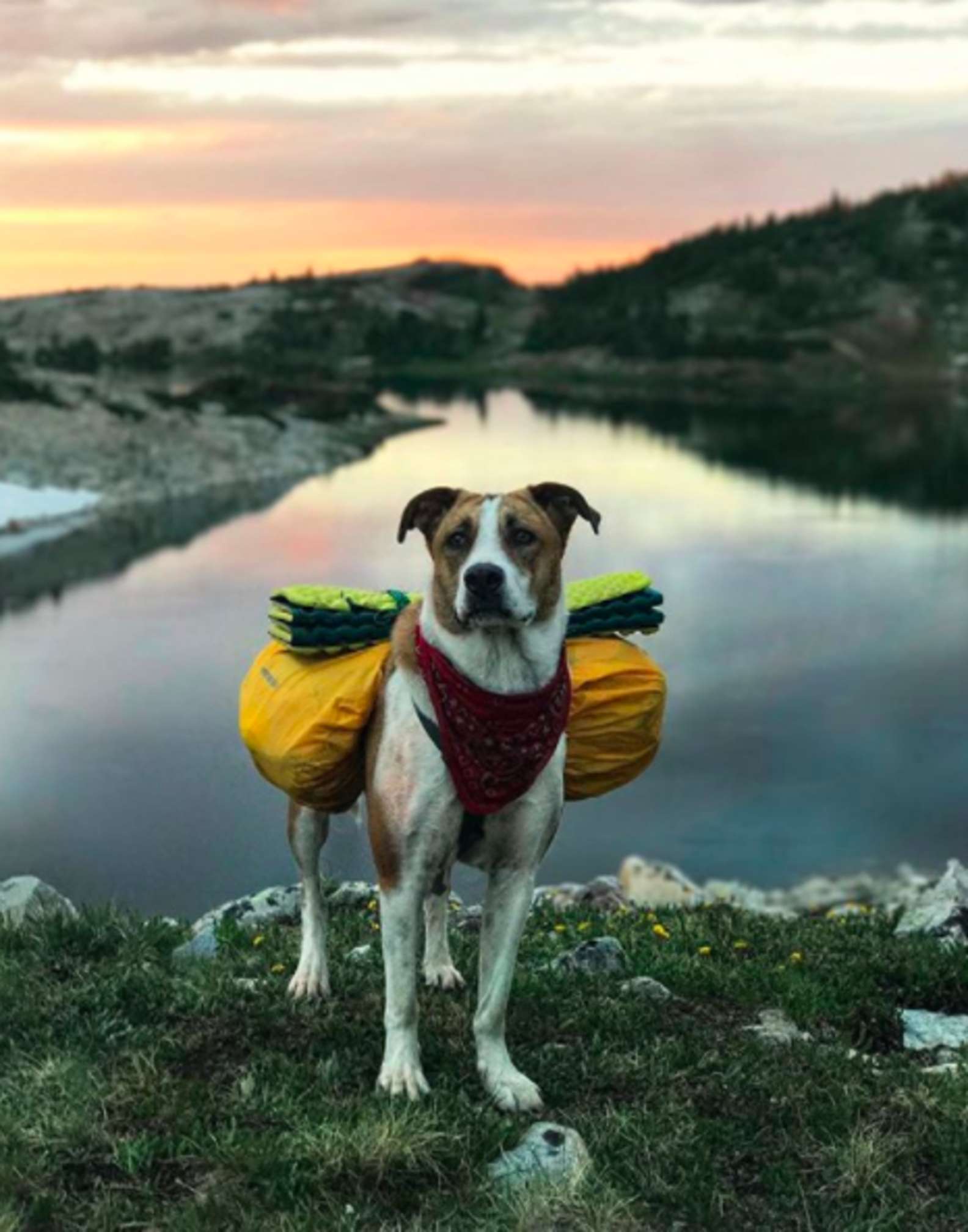 Then, a couple months ago, Bennett and her boyfriend decided to extend their family.

“I really wanted a rescue kitten,” Bennett said. “I’d looked for five months, and I saw lots of different kittens, but none of them really had the right personality or fit. I knew that I wanted to take him anywhere — camping, hiking.” 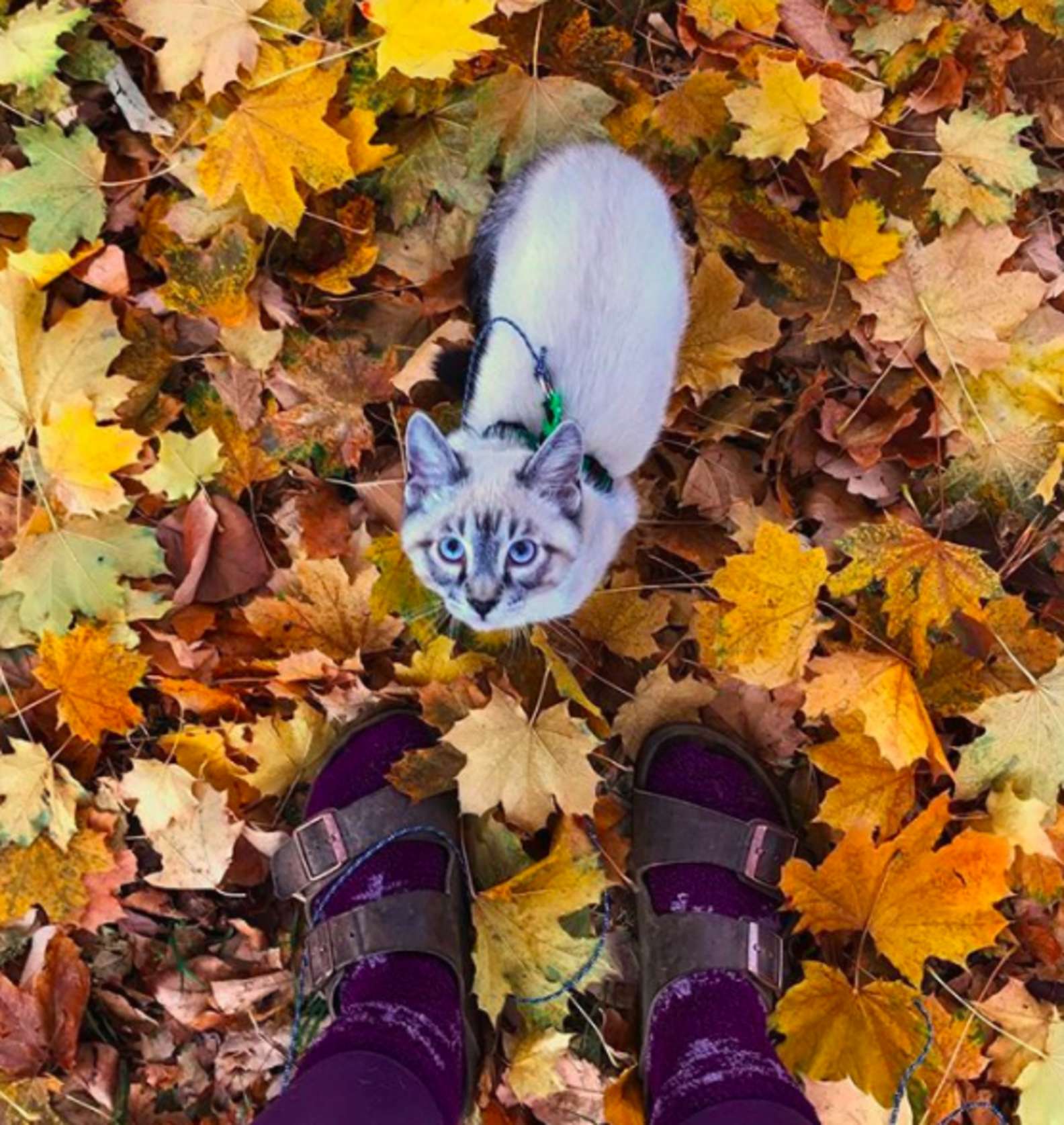 Bennett finally found a Siamese kitten mix named Baloo at a local shelter. Similar to Henry, Baloo attached himself to Bennett at their first meeting.

“He ran right up to me,” Bennett said. “And he was the one who played, but he wasn’t the most rowdy.” 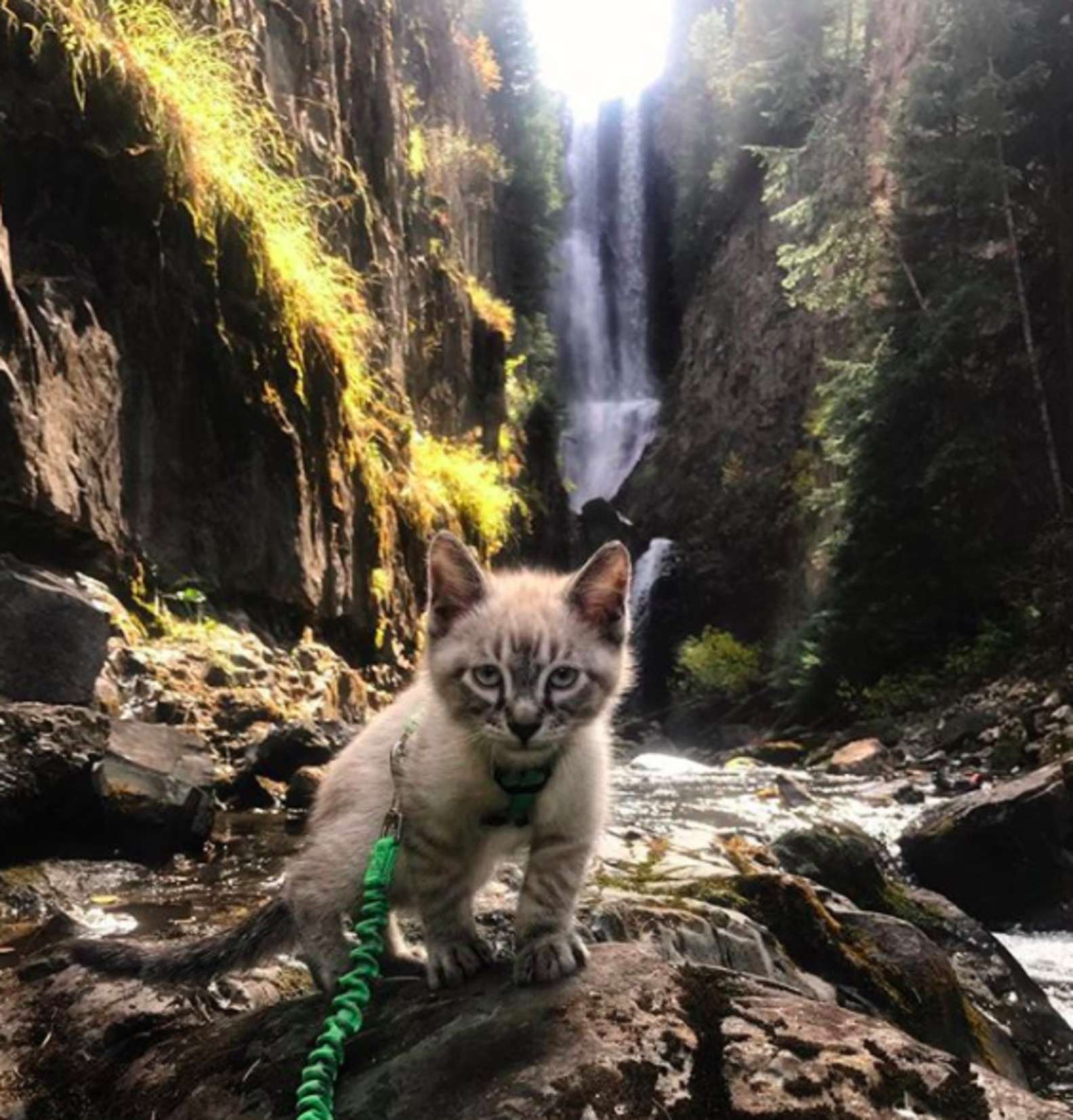 But it was Henry who Baloo seemed to adore the most. The moment Baloo met Henry, he loved him — he wanted to play with Henry and snuggle with him. Not only that, but Baloo refused to be left behind when Henry went out for a hike. 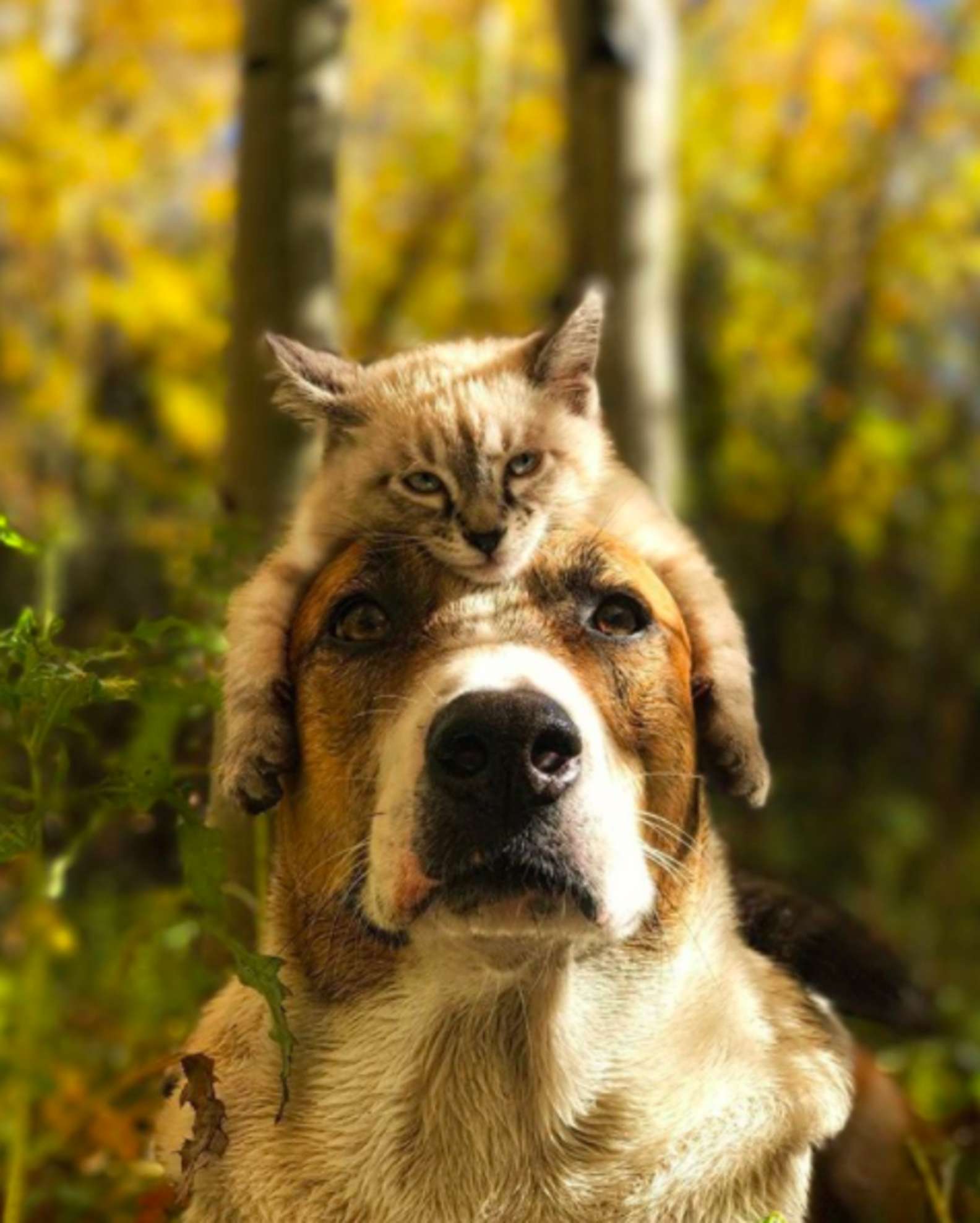 Seeing how eager Baloo was to get outdoors, Bennett started harness training him — but Baloo turned out to be a natural. 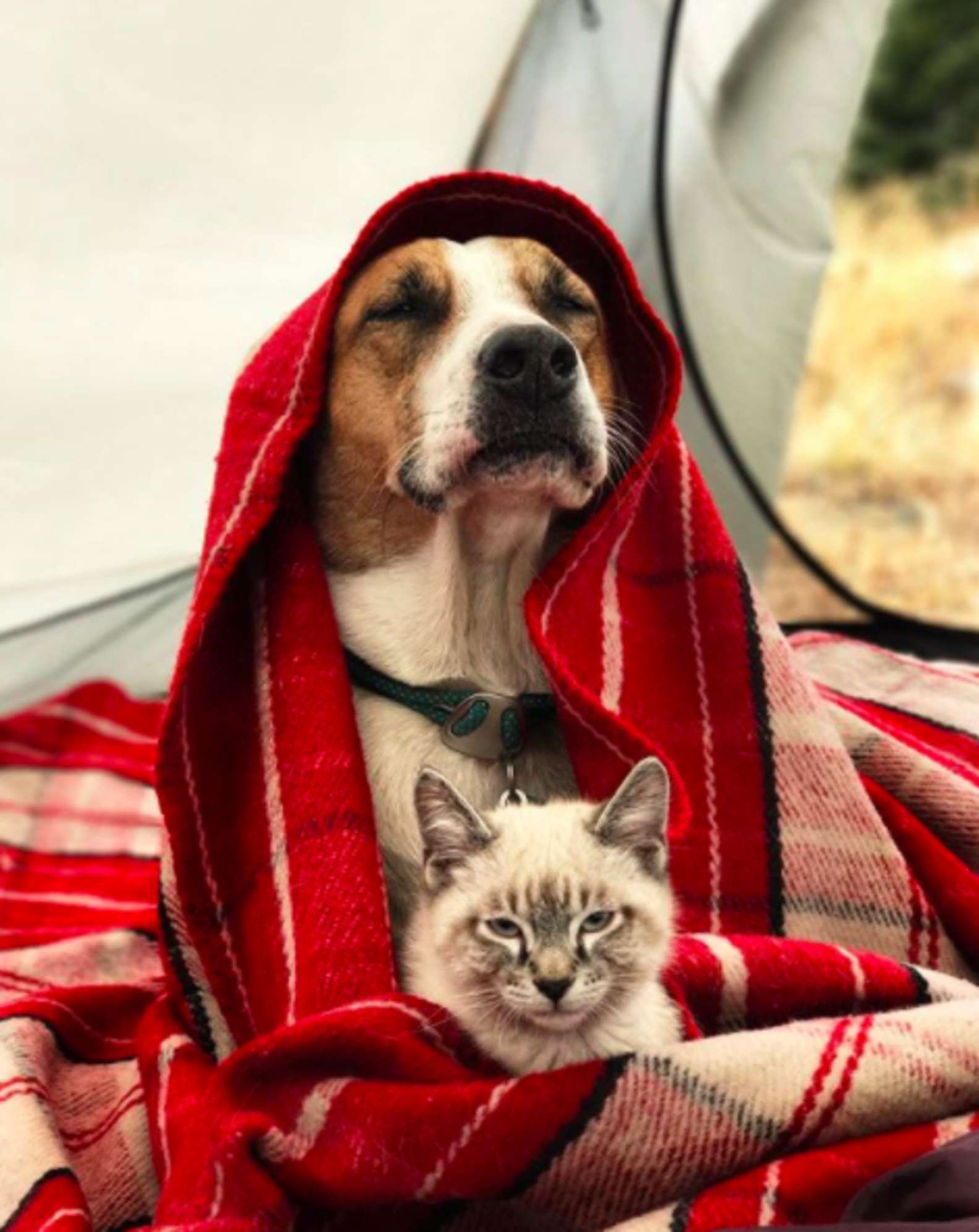 “I get a lot of questions about how we got him used to it,” Bennett said. “But he really loves it. He really wants to go outside.” 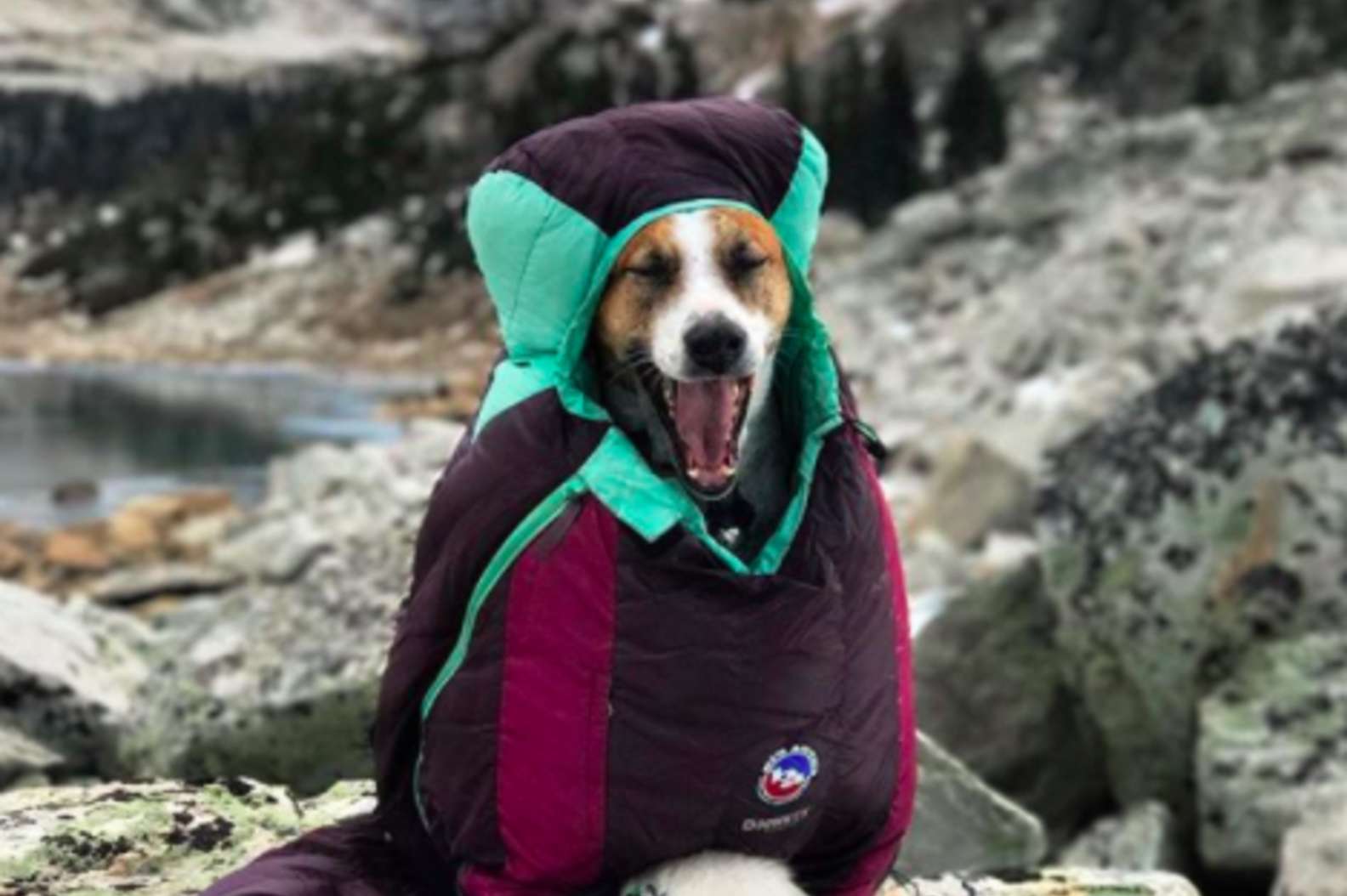 “He’s definitely not the kind of cat we can leave home alone on the weekend anymore,” she added. “I think he thinks he’s more a dog than anything.” 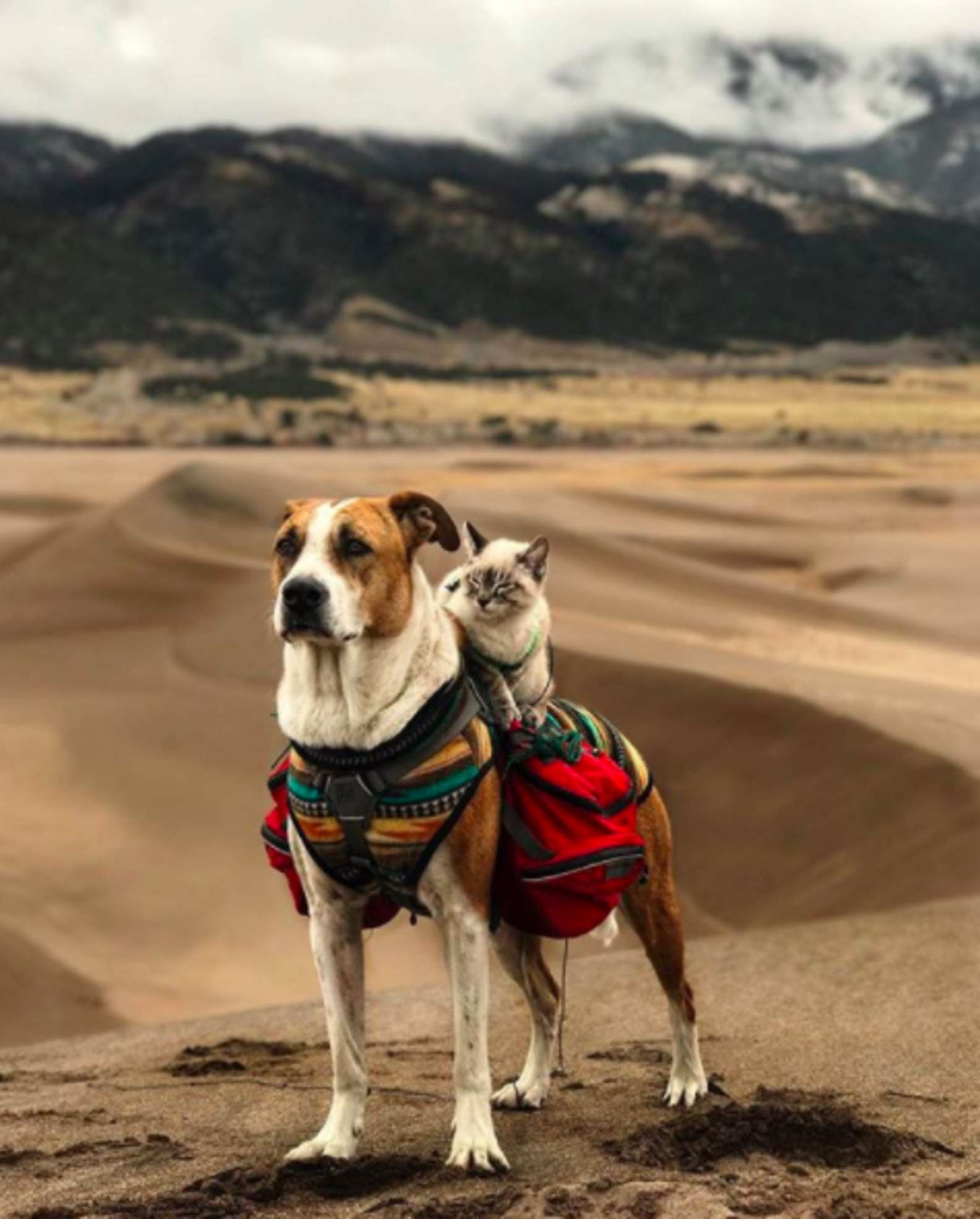 Bennett thinks that Baloo also views Henry as his mom.

“I call them brothers, but I think Baloo thinks that Henry’s his mom because he constantly looks for a teet,” Bennett said. “So he’ll go in, and you can tell he’s looking, because he’s nuzzling under Henry’s armpit.” 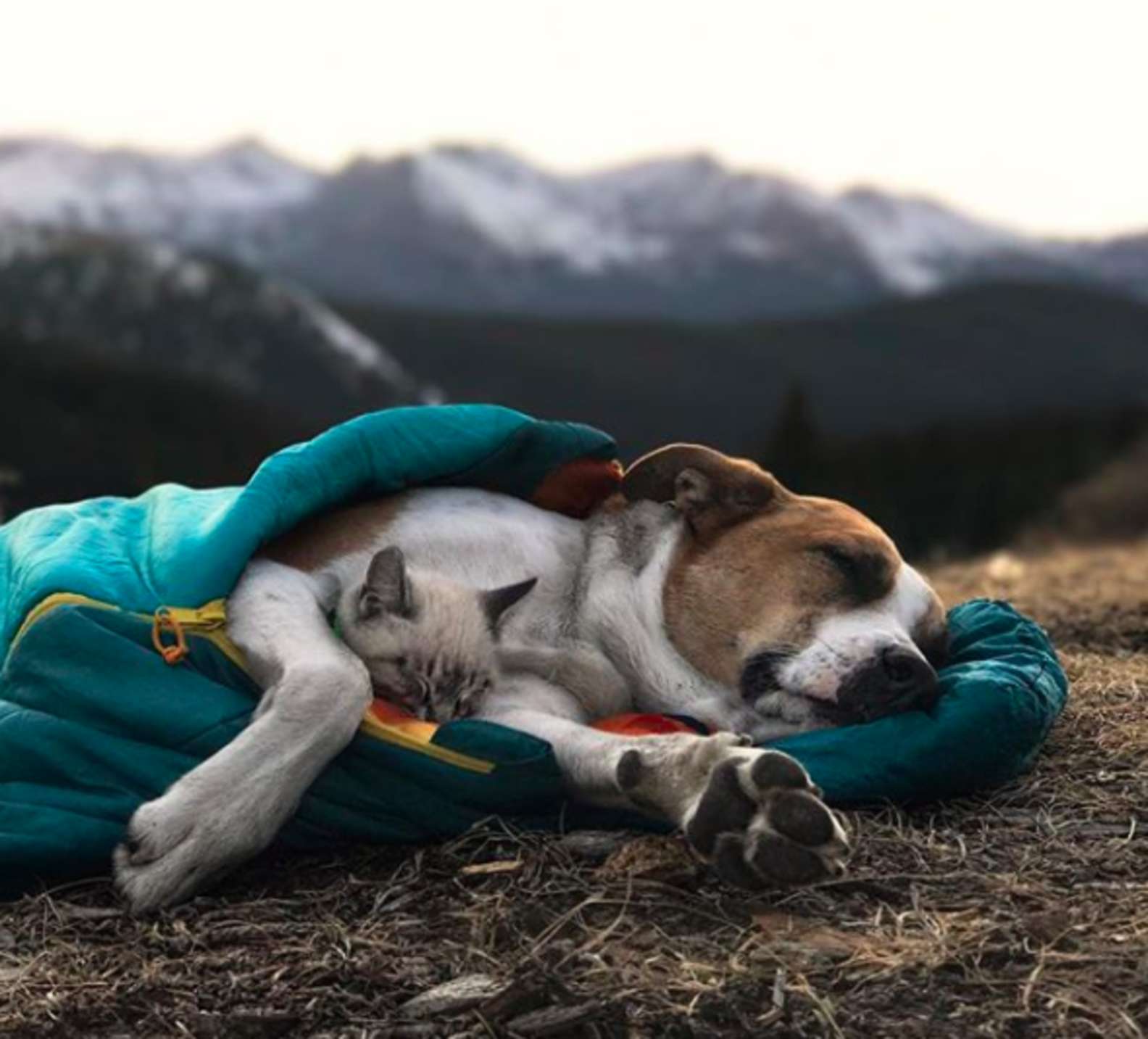 Baloo is so attached to Henry, Bennett got the idea to plop him onto Henry’s head for a photo — and she was amazed by the result. 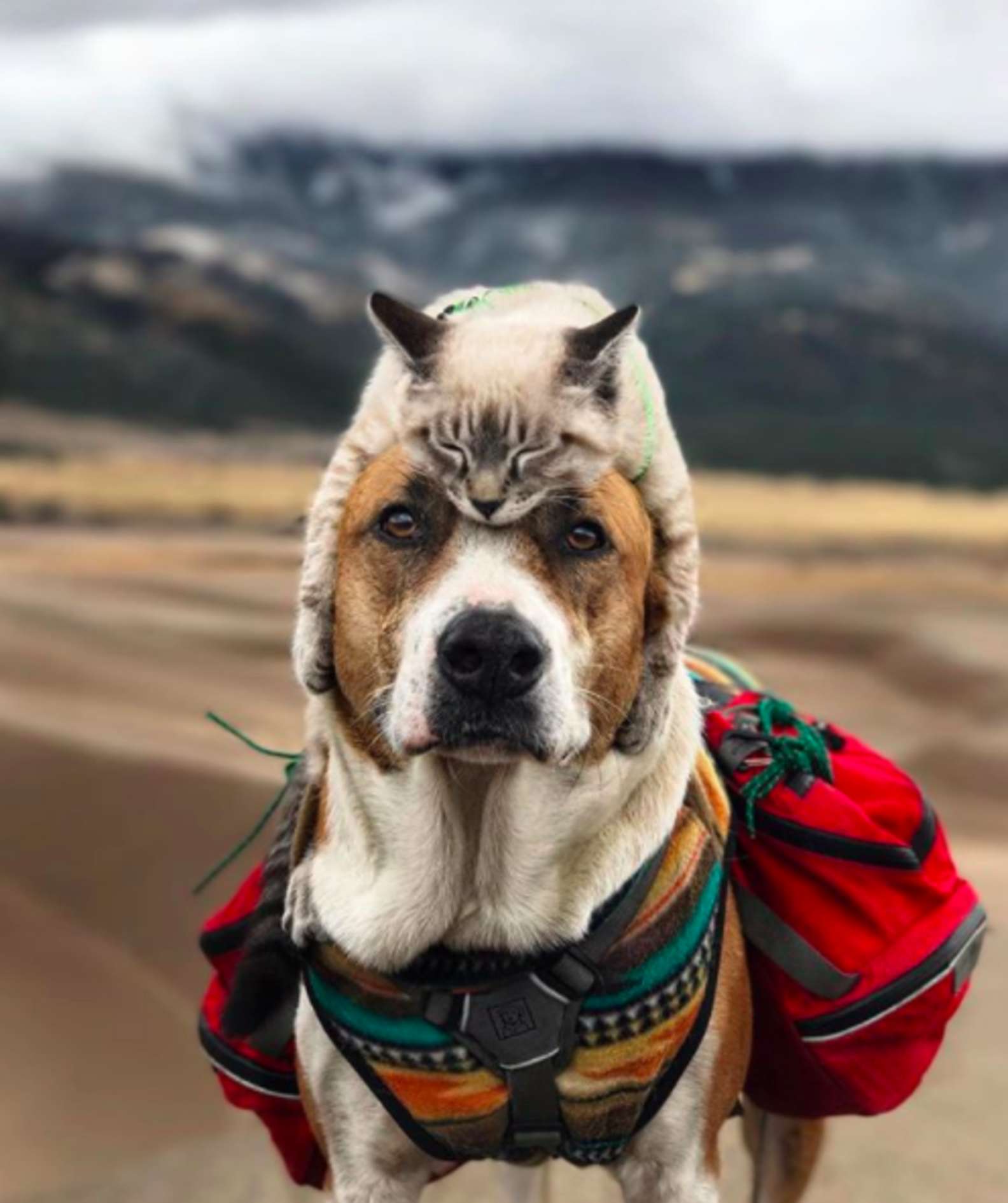 “He just flopped down and bear hugged Henry’s neck and head,” Bennett said. “And Henry just laid there.” 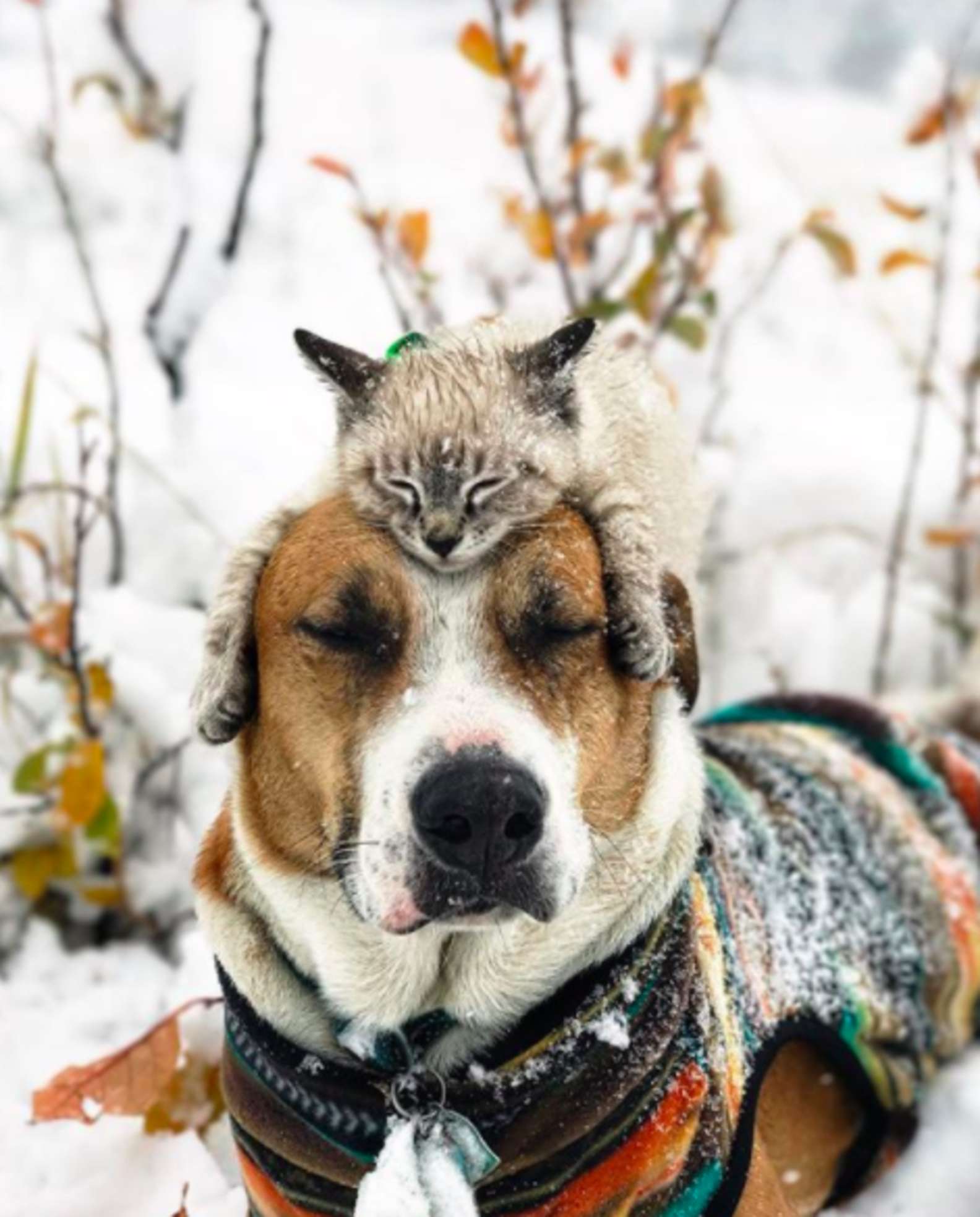 Now Baloo goes on every adventure that Henry does, and Bennett couldn’t be happier with how everything turned out. 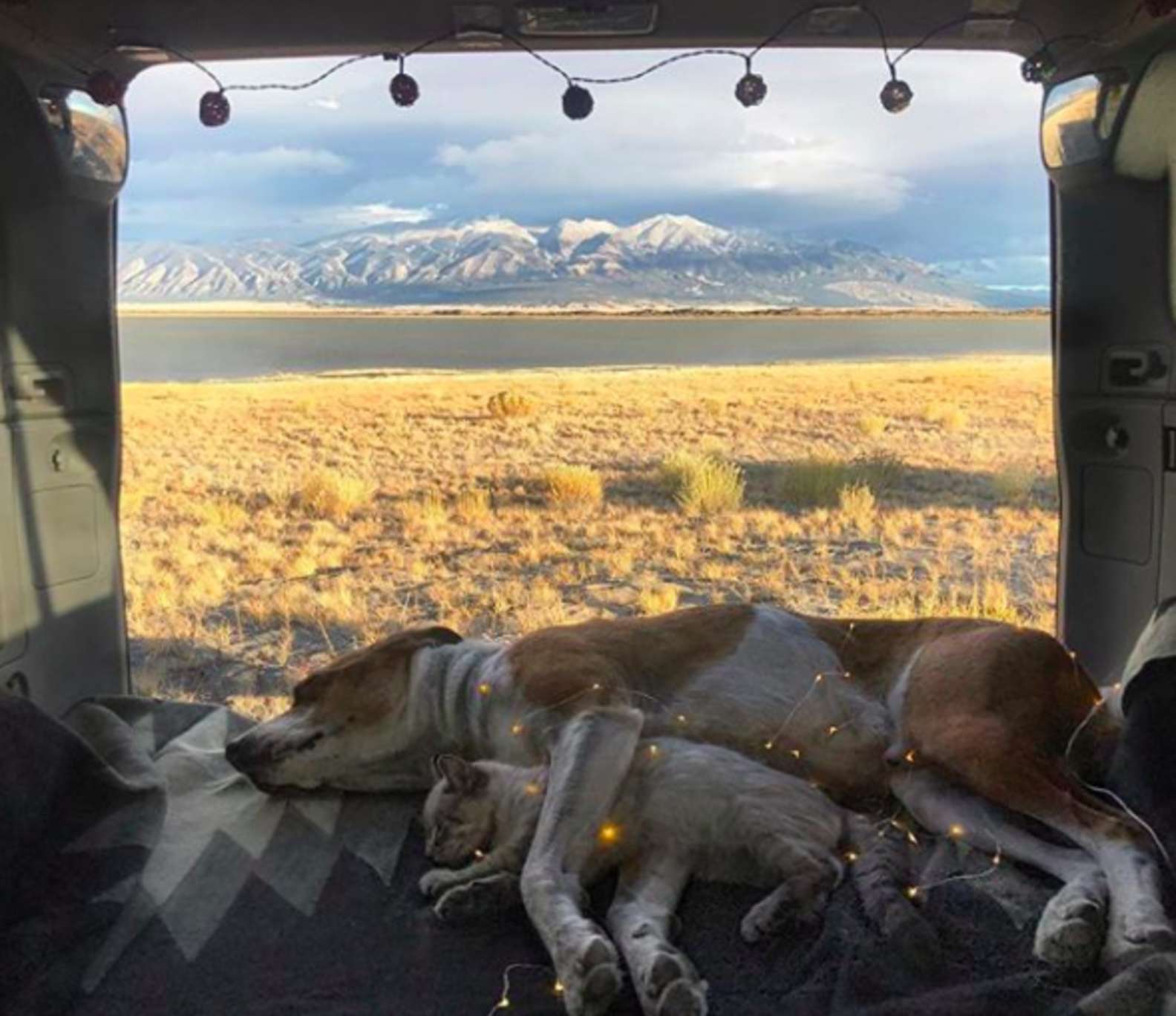 “Henry has become the best big brother and always checks on him to make sure he is doing okay,” Bennett wrote in an Instagram post shortly after she’d adopted Baloo. “He couldn’t be fitting into our little family any better and we just love him to the moon and back.” 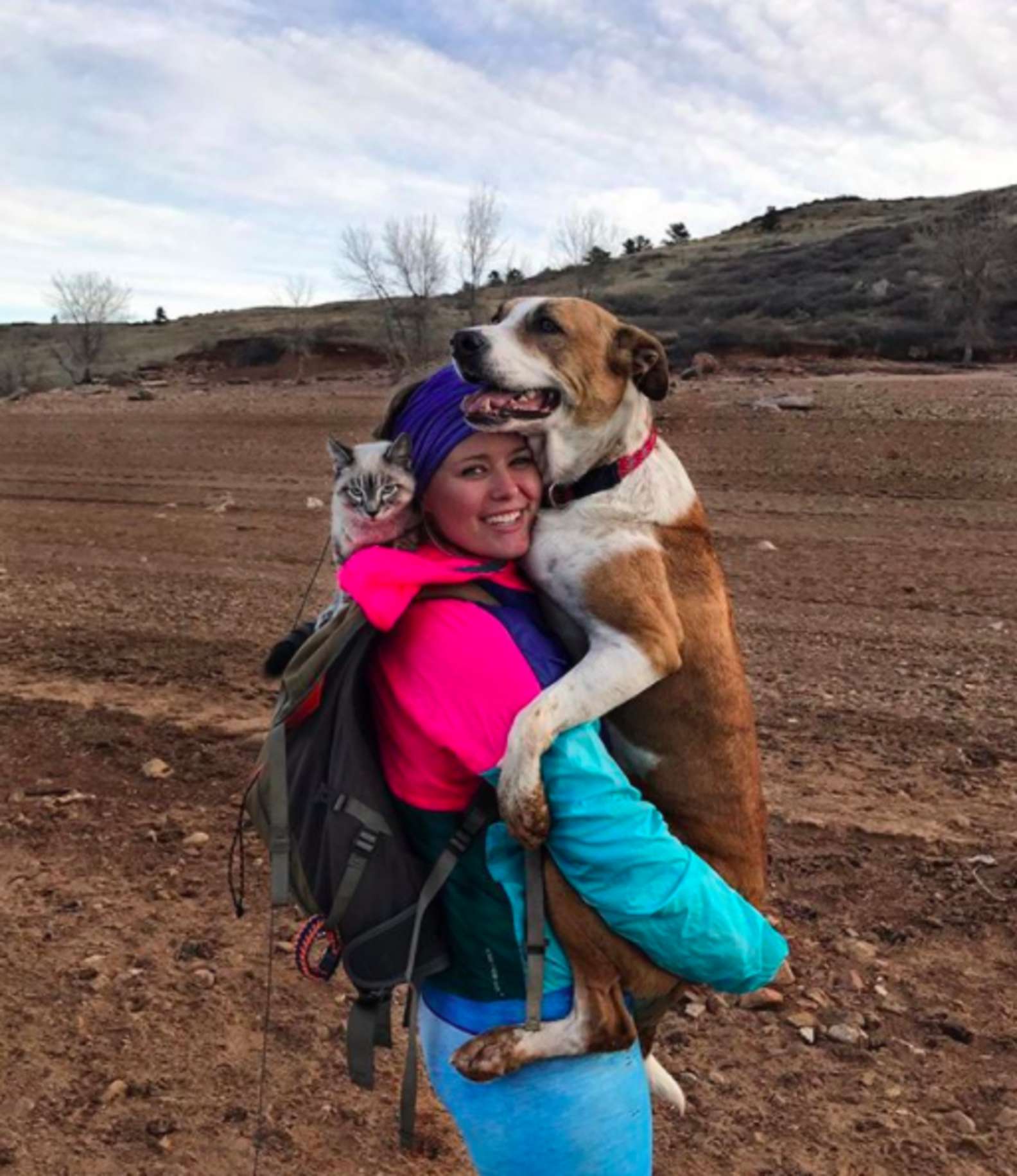