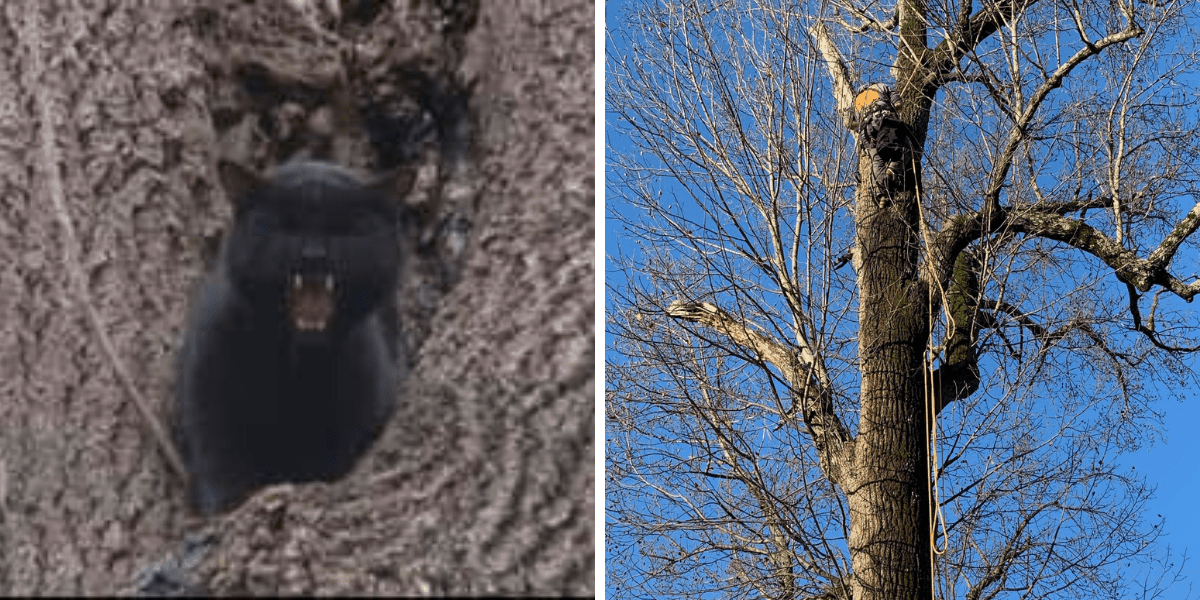 Neighbors in West Knoxville, TN aren’t exactly sure how a cute black cat ended up at the very top of a tall tree. They do know, however, that he spent at least a week trapped and unable to climb down. The poor kitty meowed and meowed for help, but this wasn’t a simple rescue mission. The brave cat had managed to get himself thoroughly stuck, and climbing a tree that tall wasn’t an option for concerned neighbors. They were starting to worry the cat would never get down, but now the flighty feline has a happy home for the holidays 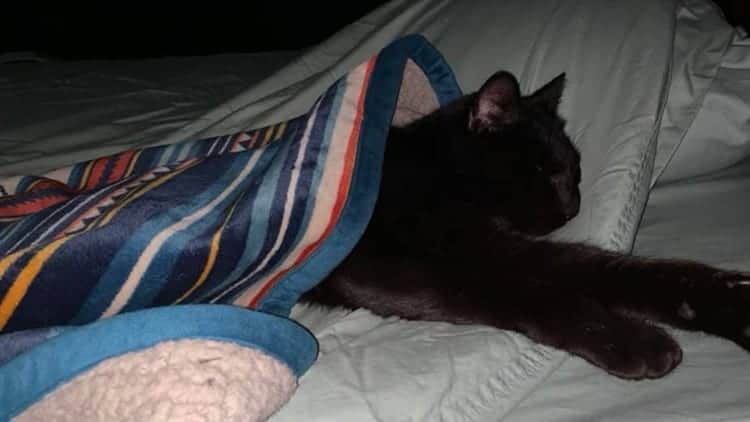 Finding a cat stuck in a tree isn’t uncommon.
Our living room lions also like to play like they’re wild leopards, and their bodies are especially built for climbing. Maybe this cat stuck in a tree was determined to catch a squirrel or a bird, or maybe he was running away from a neighbor’s dog. There’s also the chance he did it just for fun. We’ll never know the reasoning behind this little guy’s decision to climb dozens of feet into the air, but he quickly learned that getting down is not as easy as getting up.

Once the cat was near the top of the tree, there was essentially no turning around. One wrong step could have sent him falling through branches, and landing on his feet wouldn’t save him from that high up. Neighbors who noticed the trapped cat started walking by his tree every day. They tried coaxing the cat down with fresh tuna and used a ladder to get close, but nothing worked. Everyone wanted desperately to help, but this was a job for the professionals.

After a week of pitiful meows, the situation wasn’t getting any better.
The cat still hadn’t figured out how to get down, and he was growing weak without food or water. Thankfully, two teams of professional tree specialists volunteered to save the cat’s life.

Mencer’s Tree Service and Baumann Tree Service heard about the situation and decided to do something to help. Miles Mencer showed up early in the morning with professional gear and got to work. With careful maneuvering and a few calls of “here, kitty kitty,” he was able to get his hands on the frightened cat and safely lower him to the ground.

The cat didn’t have a tail, but he seemed to be in good health.
He was checked for a microchip and would have ended up at a local shelter for the holiday season. But Matt and Ashlyn Baumann, owners of Baumann Tree Service, had other plans.

They decided to make the tree-loving cat an official part of their team. They named him Phantom, and he’s now safe and happy. All they need to worry about now is keeping their climbing cat out of the Christmas tree!