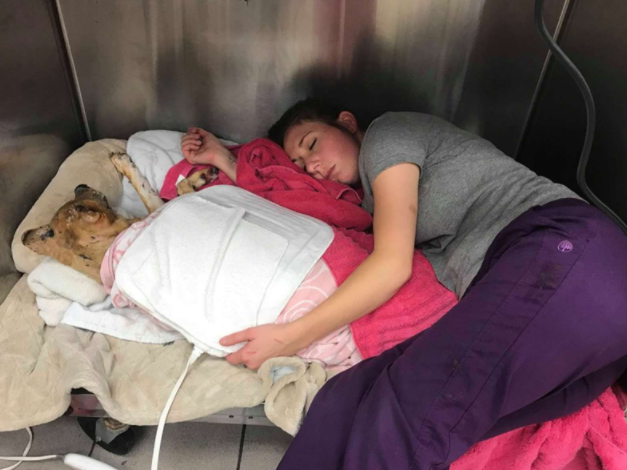 Last week, the 8-year-old Shiba Inu dog’s home caught fire while he was inside a screened-in porch. As hard as his family tried, they couldn’t get to him in time and had to run from the house.

Then a miracle happened. Taka managed to escape the porch on his own, and ran down the street. A kind neighbor ended up finding him and hurried him to Care More Animal Hospital in Martinez, Georgia. 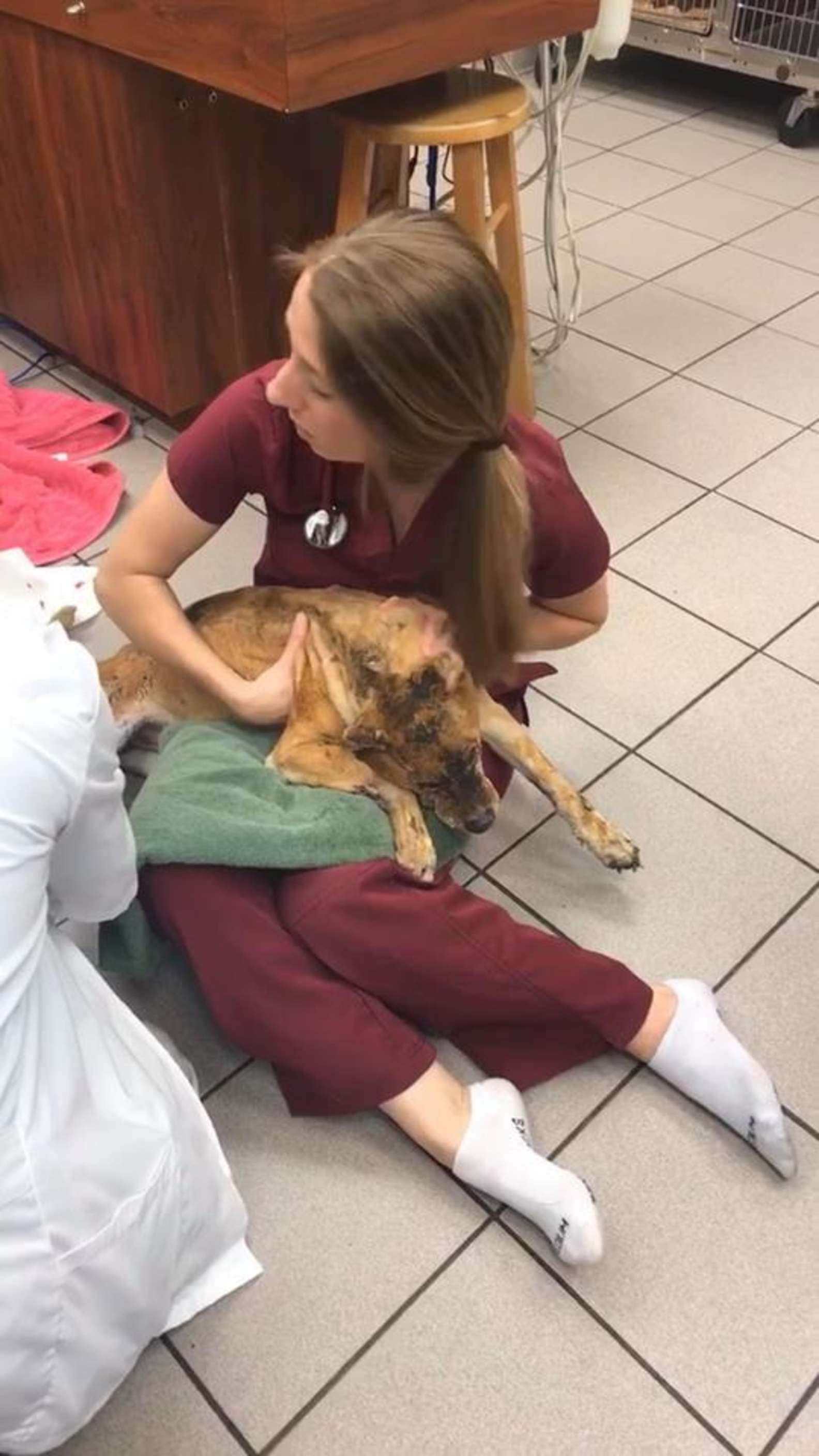 “He had burns around his eyes, his mouth, his ears, his belly,” Emily Martin, a vet at Care More Animal Hospital, told The Dodo. “We really didn’t know how severe his injuries were initially, just because we had to worry about inhalation burns.”

When Taka started having trouble breathing, the vet team transferred him to the clinic at the University of Georgia, where he could be hooked up to an oxygen machine. After a couple days, Taka was strong enough to return to Care More Animal Hospital, and the team there have been doing everything they can to help him get better. 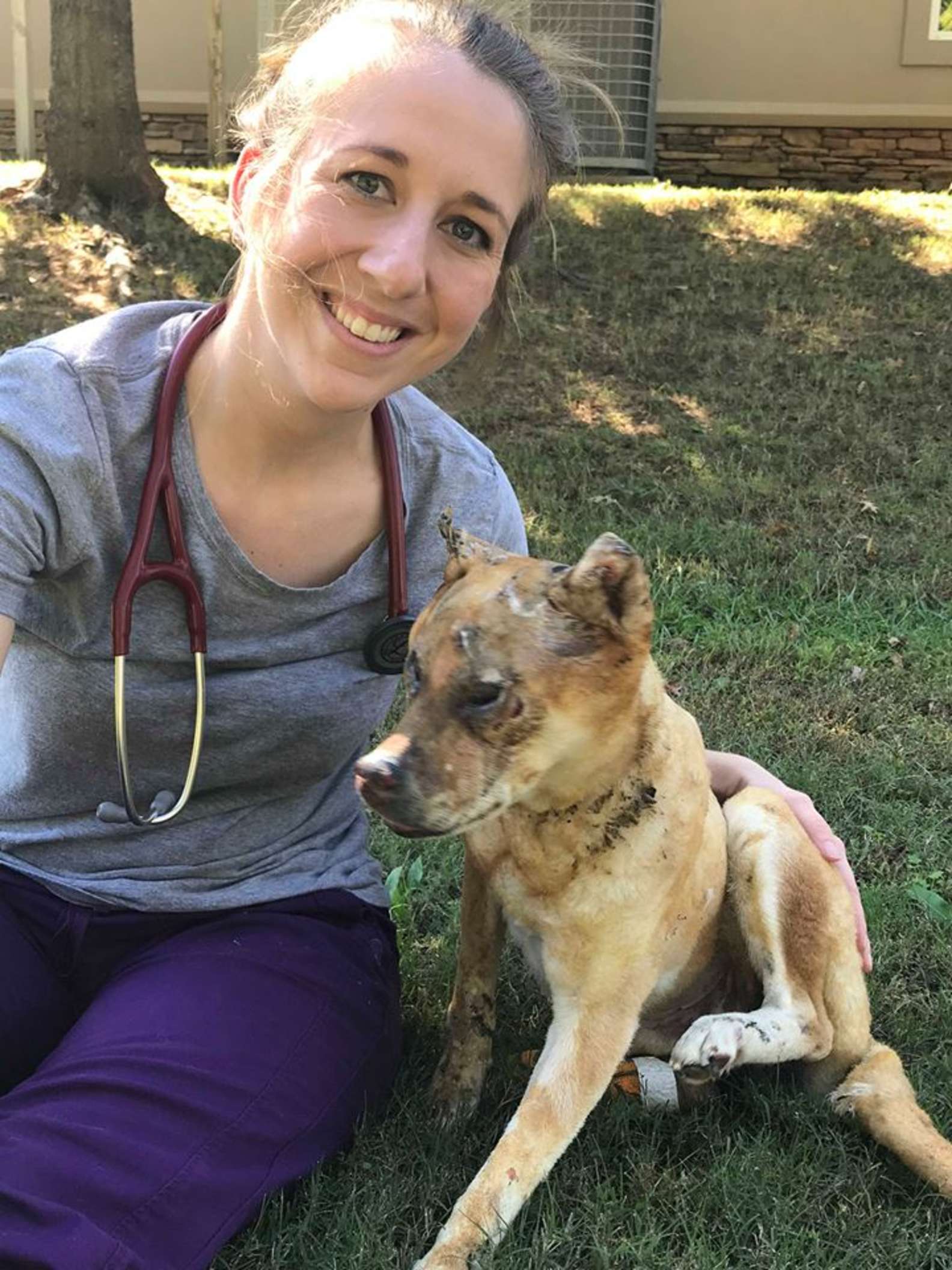 Martin, in particular, has formed quite a soft spot for Taka.

“I try to treat my patients all the same, but his case pulled at my heartstrings a bit more,” Martin said. “When he came in, he was screaming from pain … but he calmed down the moment you sat with him and started singing to him.”

Martin spoke to Taka’s family shortly after his arrival at the vet hospital, and they ended up surrendering Taka into Martin’s care for the sake of his health. Since then, Martin has decided to become more than Taka’s vet — she’s become his mom.

Since the hospital isn’t open 24 hours a day, Martin brought Taka home with her one night so he didn’t need to sleep alone.

“I was up with him all night at my house, so the following day, we were both exhausted,” Martin said.

The next day, Martin crawled inside Taka’s cage at the vet hospital, and the two of them took a nap together. One of Martin’s coworkers captured the moment in a photo. 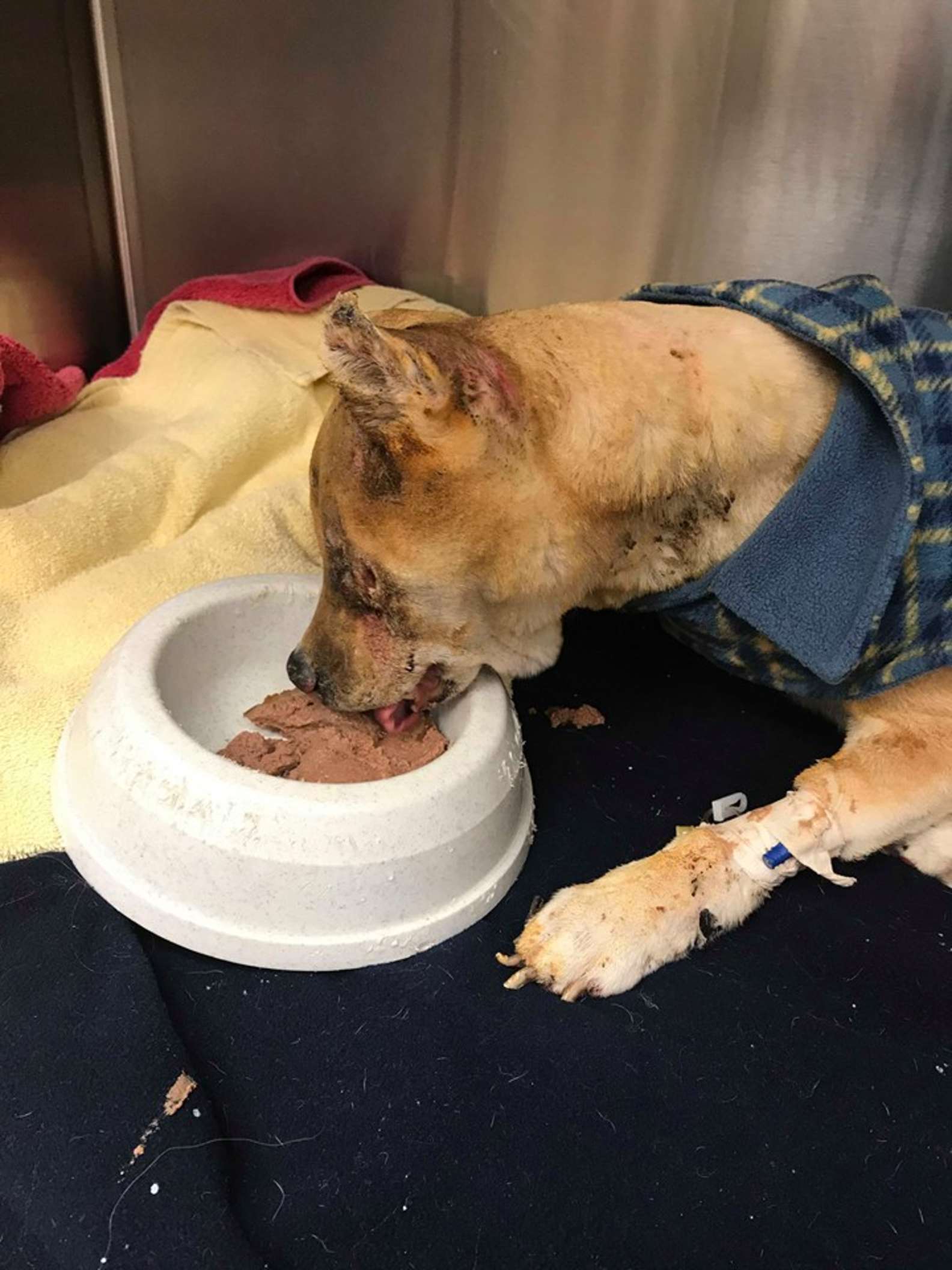 To Martin, one of the most amazing things about Taka is how gentle he is, despite everything he’s going through.

“He doesn’t have a mean bone in his body,” Martin said. “A lot of times when animals are in pain, they’ll start biting just because they hurt, but he hasn’t once tried to bite. If anything, he’s comforted by people.”

While it’s still too early to tell how the burns will affect Taka in the long run, Martin and the other vets are optimistic about his recovery, especially since he’s eating and going to the bathroom on his own. 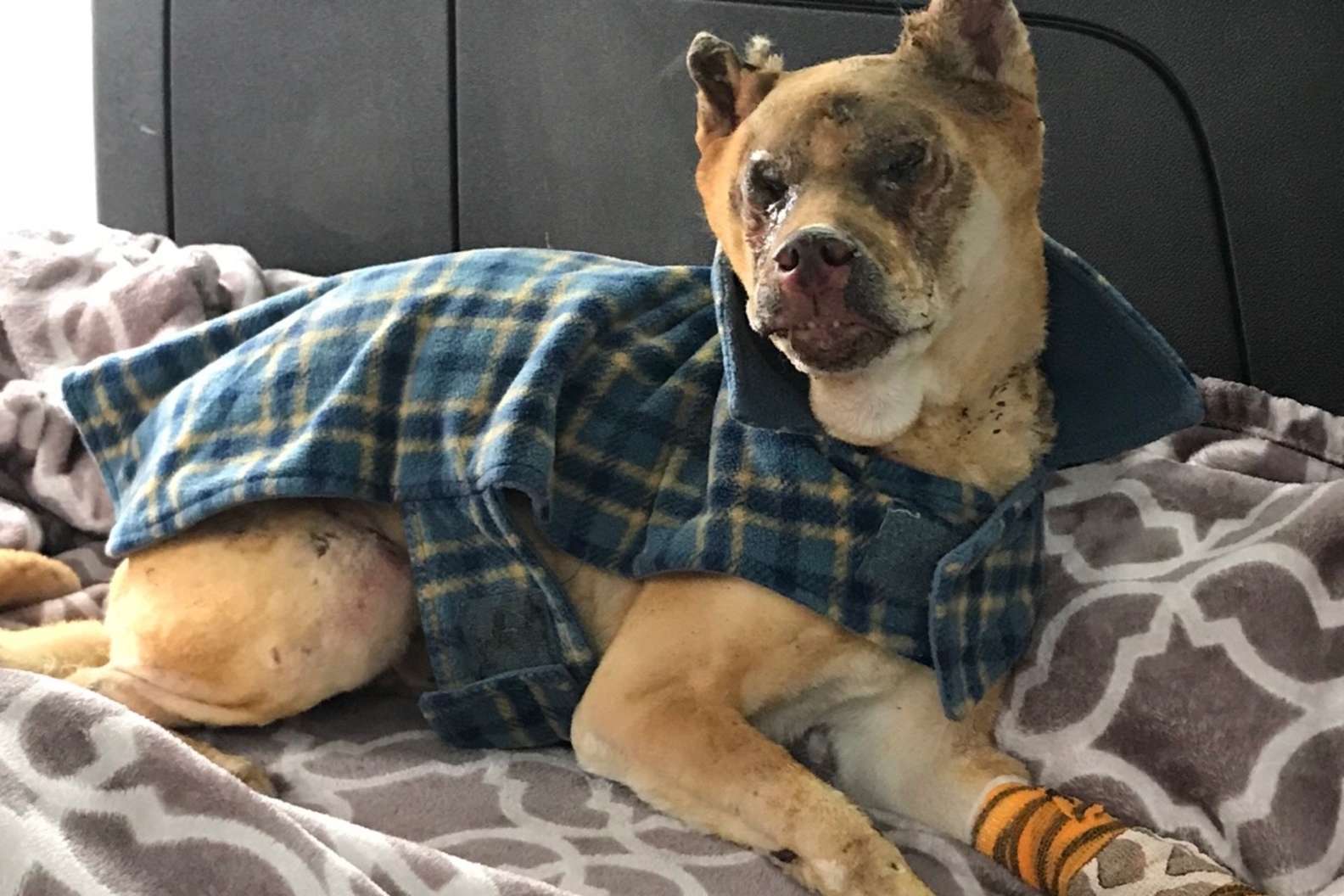 “He’s definitely in a lot of pain, so he’s definitely not out of the woods, but we’re hopeful that he’s going to be OK,” Martin said.

Taka’s personality is even starting to come out.

“He likes his belly rubs, and he loves food, so he’s a little piggy,” Martin said. “He also likes to cuddle.”

Injured dog lying on blanket
CARE MORE ANIMAL HOSPITAL
Martin’s become very attached to Taka, so she’s considering adopting him herself. That said, Martin already has five other dogs and a 7-month-old baby, so she admits that her home may not be the ideal place for Taka, who will need a lot of individual care.

If Taka does go up for adoption, Martin is determined to find him the best possible home — with people who recognize what a special dog he is.

“He went through something so traumatic and so painful, and yet he doesn’t give up,” Martin said. “He’s so resilient.”