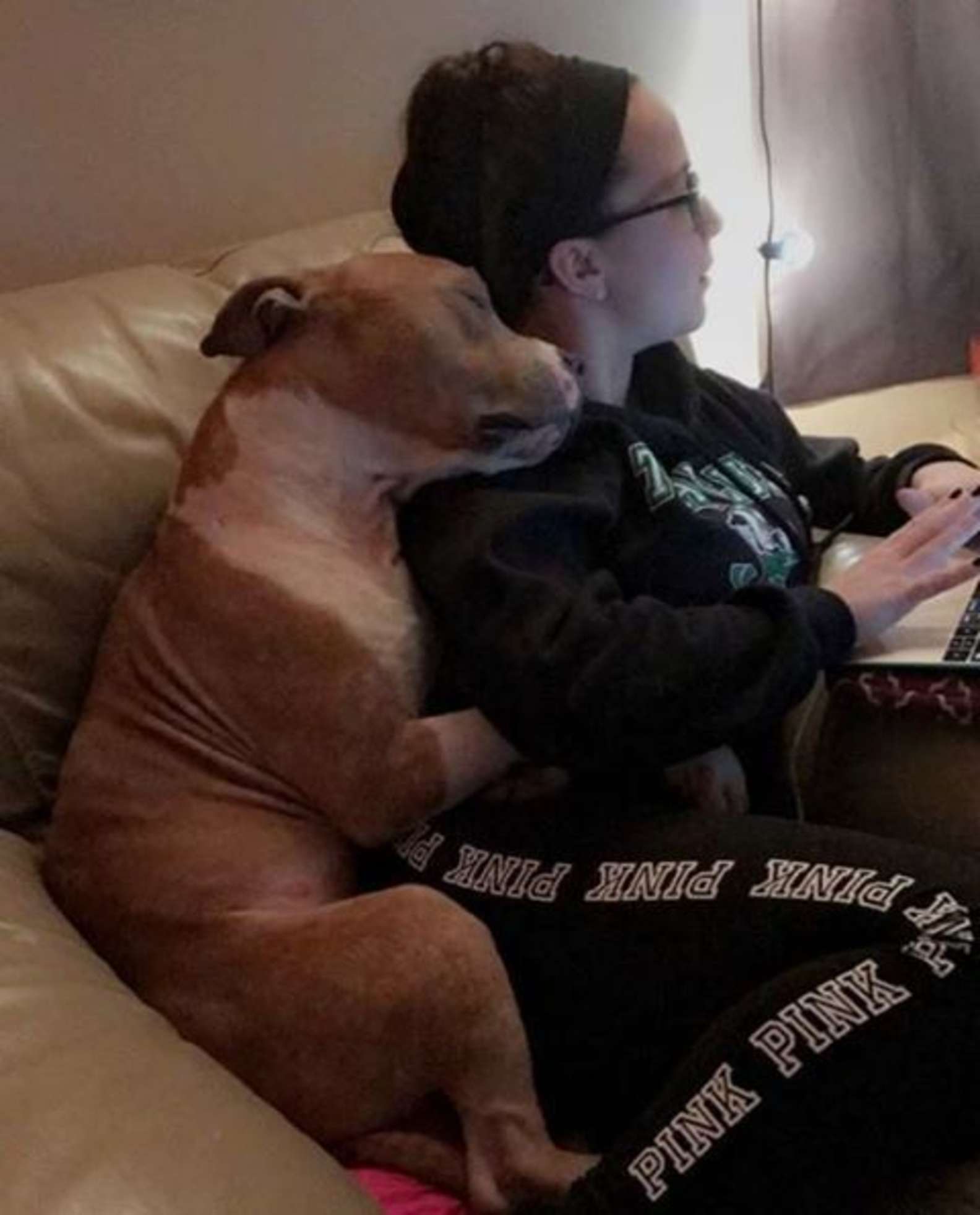 Kayla Filoon was used to spending time with homeless dogs. For the past year, the 20-year-old student volunteered as a dog walker at ACCT Philly, an animal shelter in Philadelphia. But when Filoon met Russ, a quiet, 4-year-old pit bull with patchy fur, she knew there was something special about him. 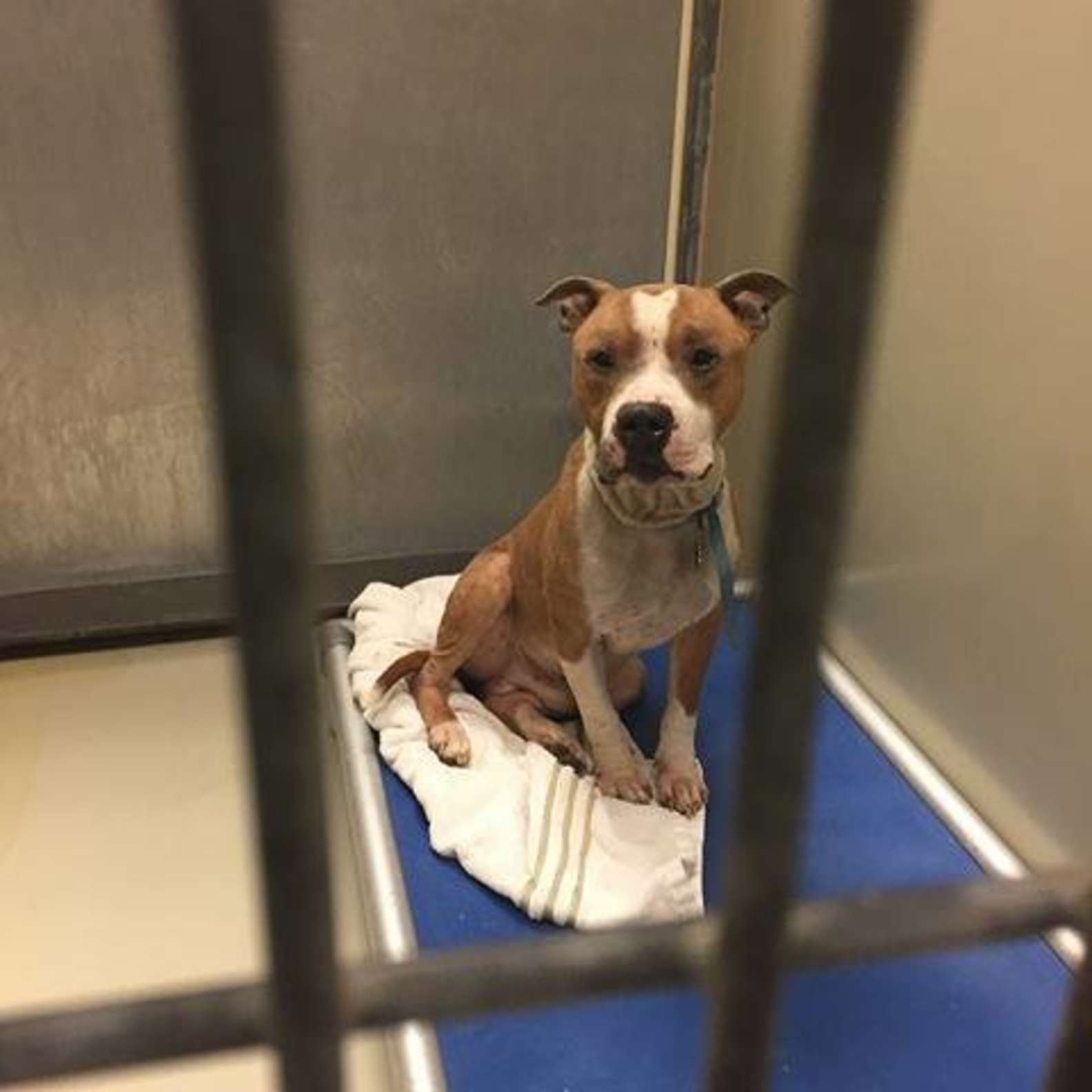 “He came in as a stray, and he was really beat up,” Filoon told The Dodo. “He was missing fur on his tail and ears. He was also terribly skinny. They told me he was about 40 pounds when he came into the shelter.”

Behind Russ’ rough appearance, Filoon soon recognized what a delightful dog he was. “He was just sitting there calmly, staring at me,” Filoon said. “And I thought, he is adorable! I need to take him now.” 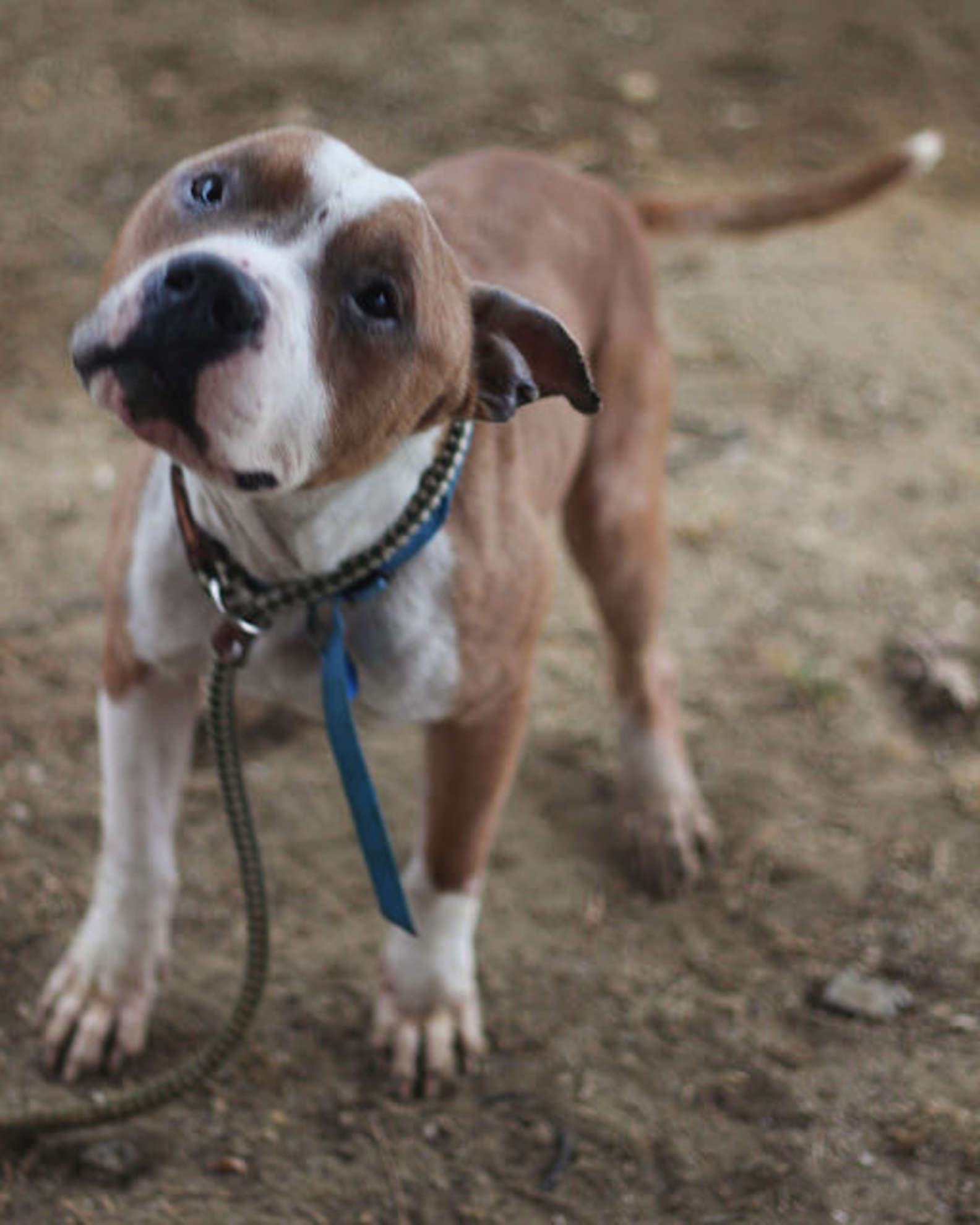 When Filoon came back later to check on Russ, the dog had barely moved. “He was sitting in the same position that he was before, just being quiet while the other dogs were barking and causing commotion,” Filoon said.

She walked Russ for about 45 minutes, but it only took about five minutes for her to fall in love with him. “He was really cuddly with me, even when we went into the yard,” Filoon said. “He seemed like such a sweet dog, and he didn’t bark at any of the other dogs.” 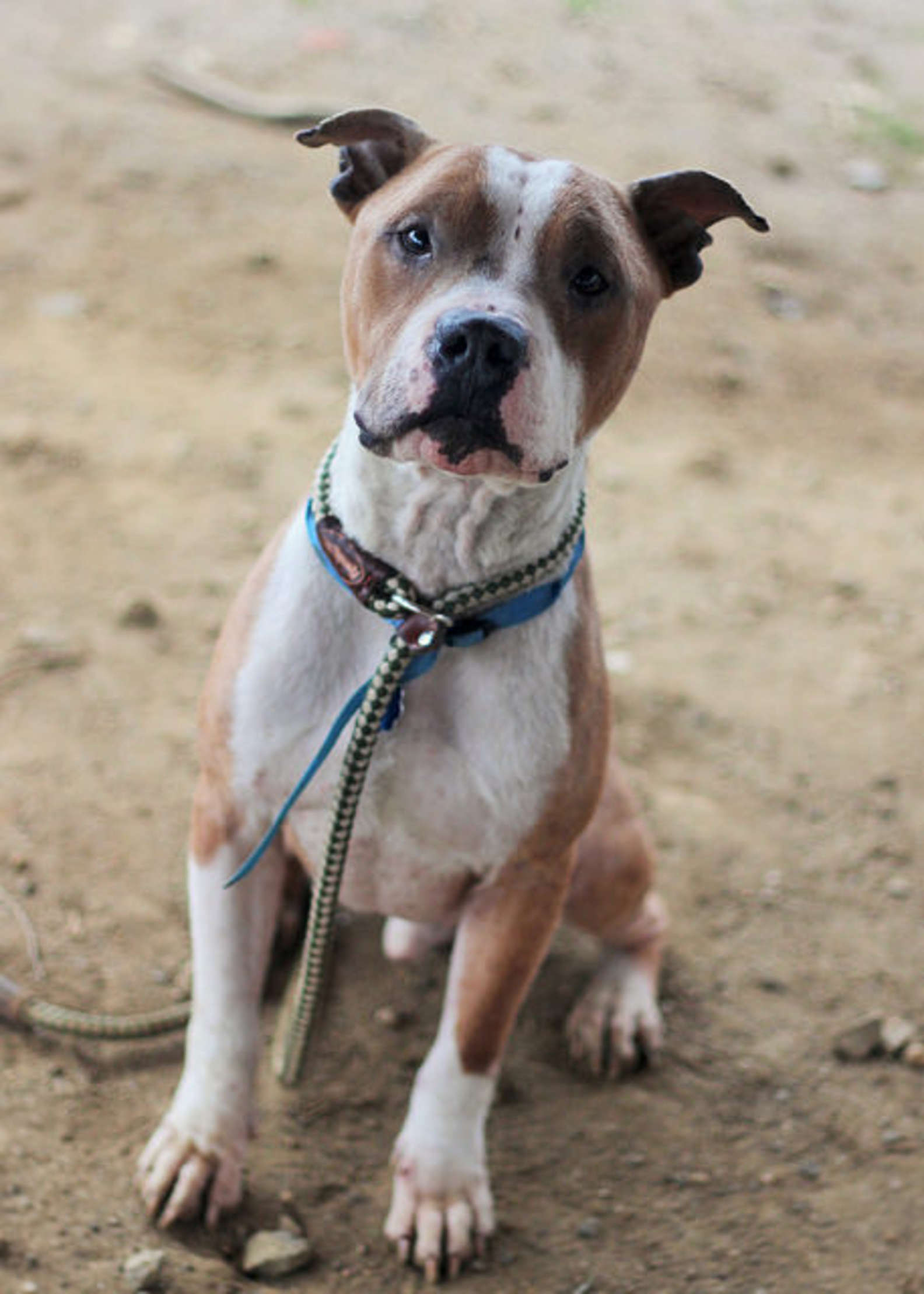 She also discovered that Russ knew basic commands like sit, down and stay, which made her think he used to belong to someone. She wondered how he ended up at the shelter in such terrible condition.

After the walk, Filoon reluctantly put Russ back into his kennel. Then she called her mom.

“I told her, ‘I think I need to adopt a dog tomorrow,'” Filoon said. “My mom thought I was kidding, because I always fall in love with the dogs that I take out – it’s hard not to. So she didn’t really believe me, but there was something about Russ.” 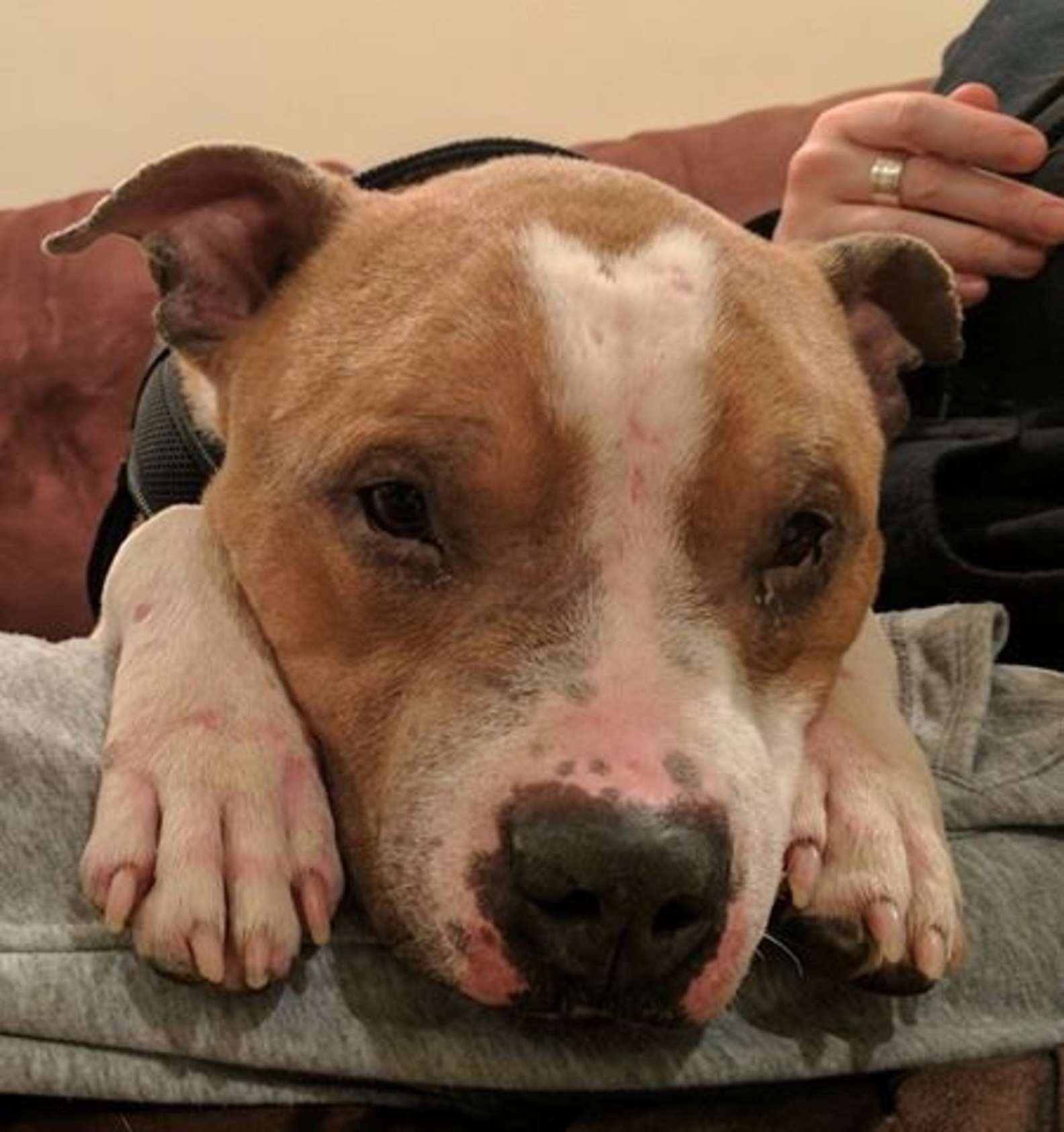 The situation also seemed urgent to Filoon. The shelter was overcrowded at the time, and it recently had to euthanize about 15 dogs, according to Filoon.

“Any dog had a chance of being put down, especially the ones who were sicker, and Russ was definitely one of them,” Filoon said. “He had kennel cough.”

Filoon had class the next day, but as soon as she finished, she rushed back to the shelter. This time, she decided to take Russ out for a car ride. 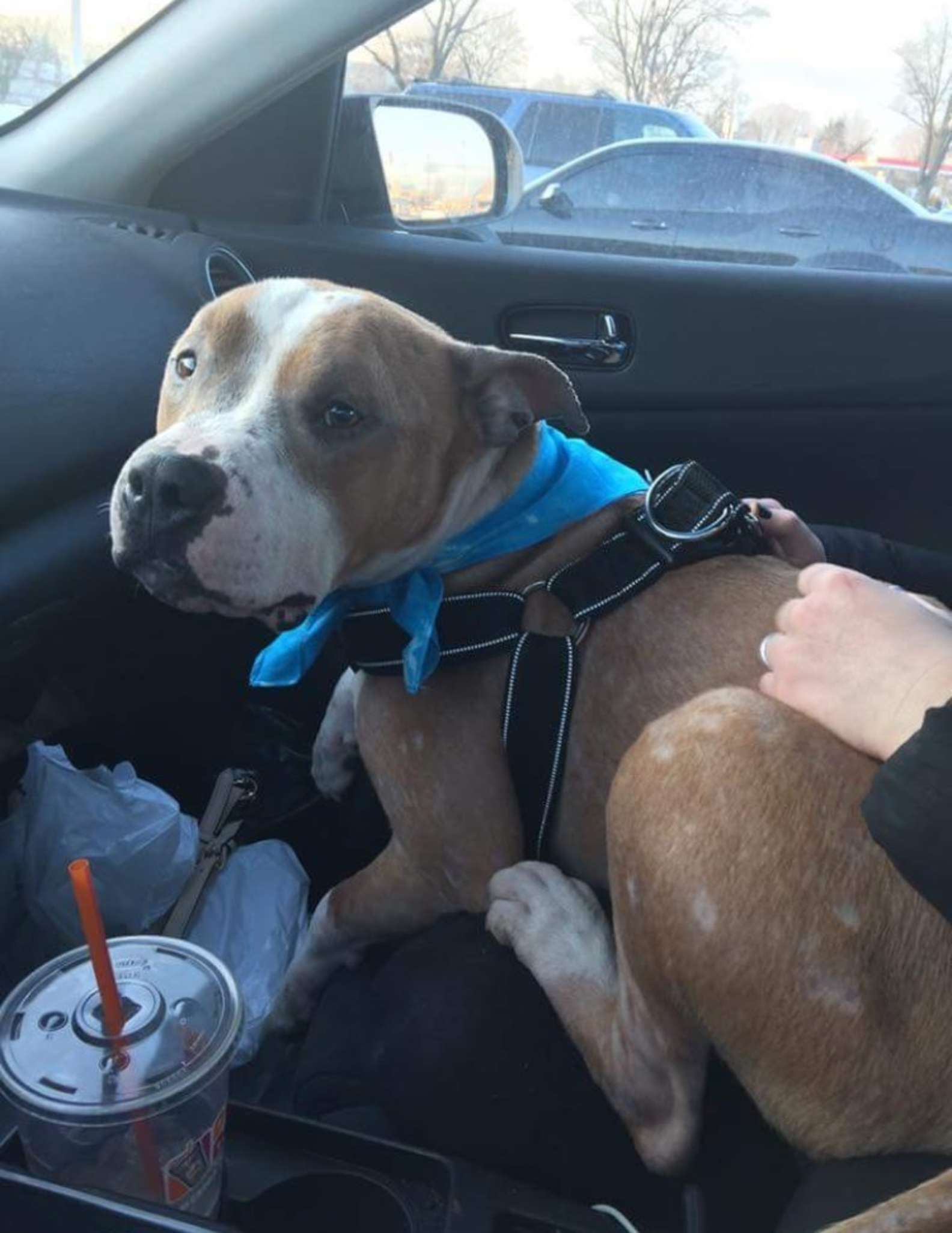 He just sat in my passenger seat,” she said. “I thought, ‘He’s the perfect dog.'”

When they returned to the shelter later that afternoon, Filoon knew she wasn’t going home without him. With the help of the shelter staff, she quickly organized his adoption papers. 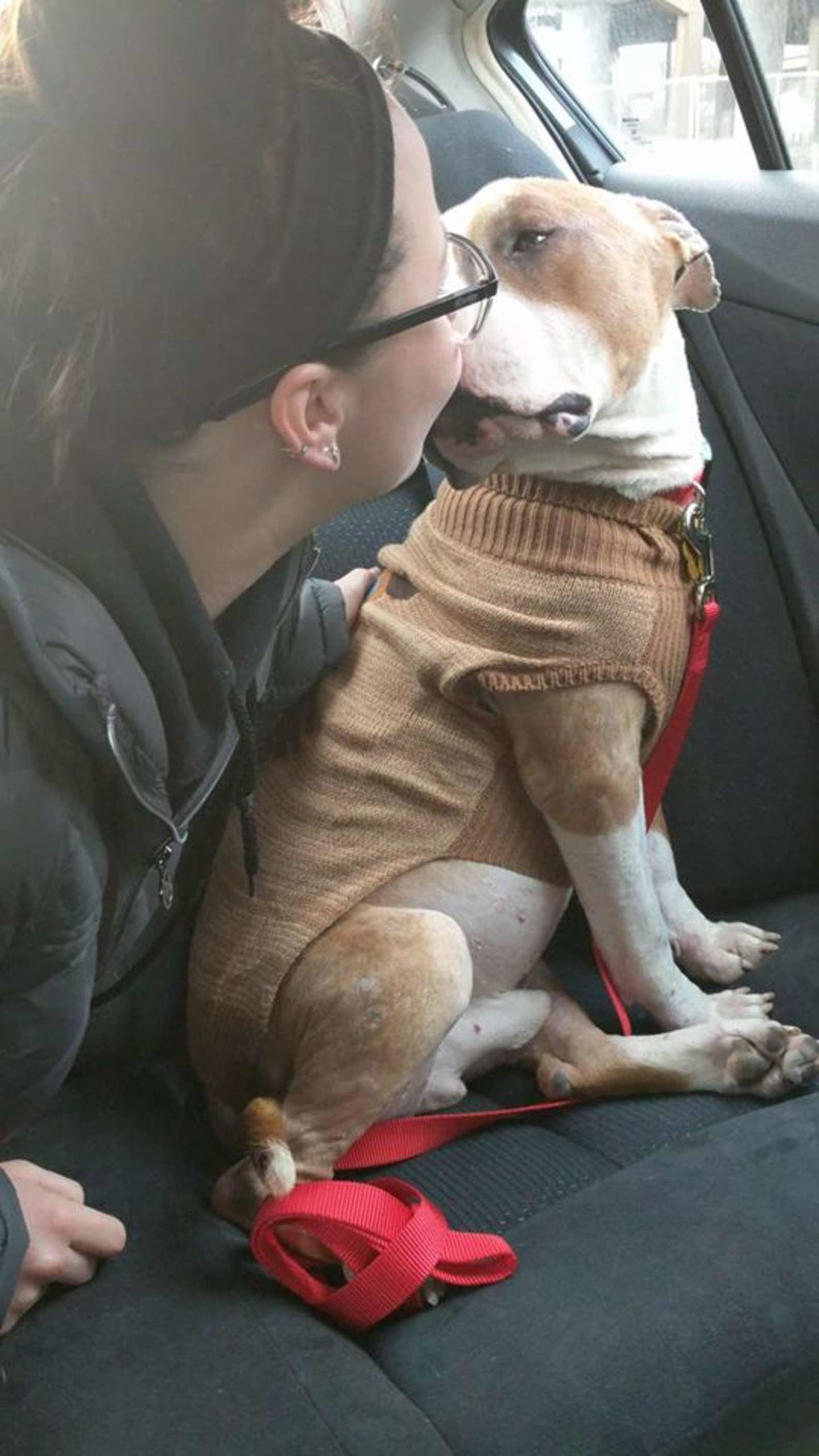 “I took him home that night,” Filoon said. 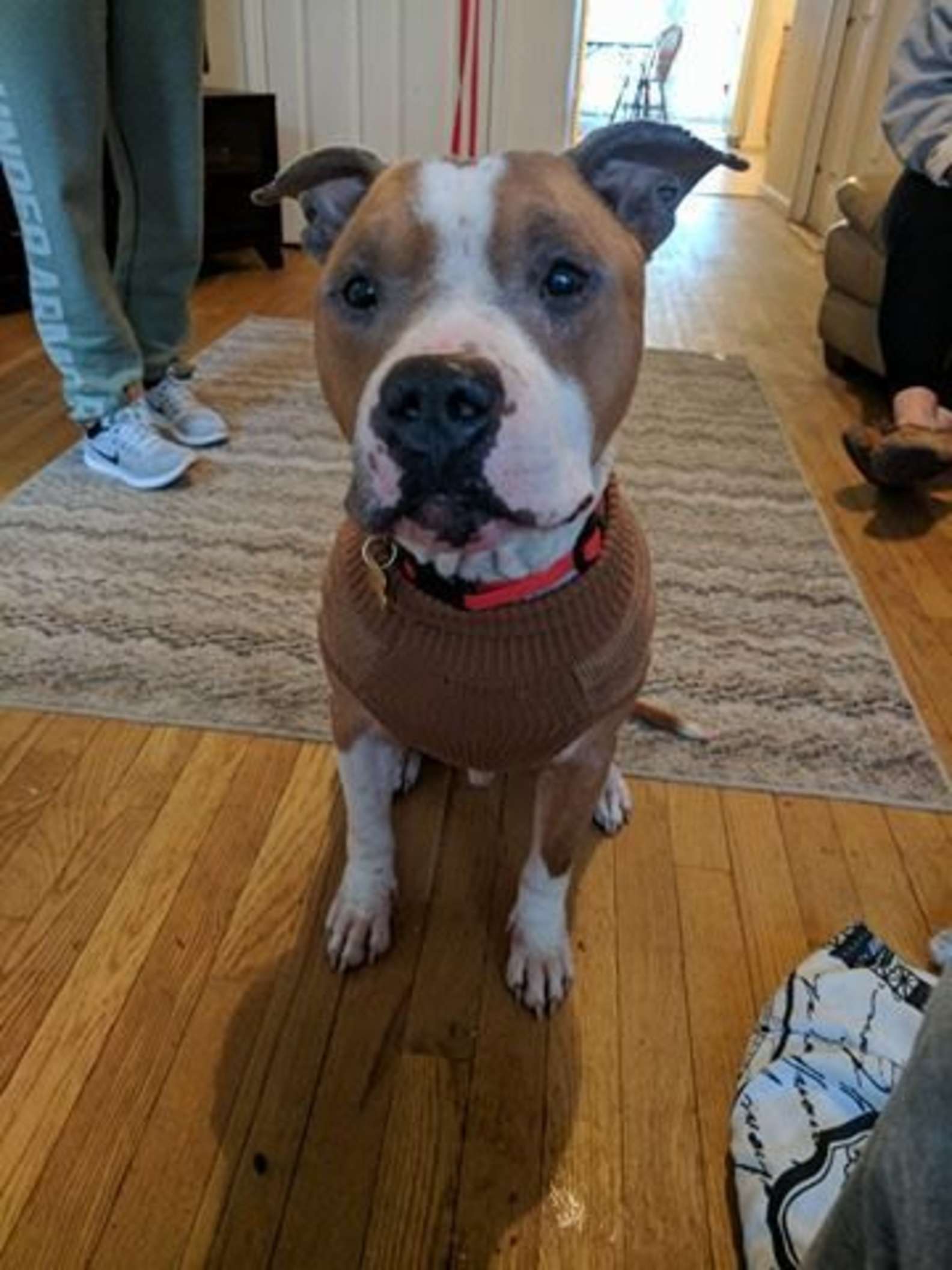 Filoon then had to tell her six other housemates about Russ. Luckily, they adored him, too, Filoon said. Russ took a little while to get used to his new environment, and he needed to sleep a lot because he was still getting over his kennel cough. 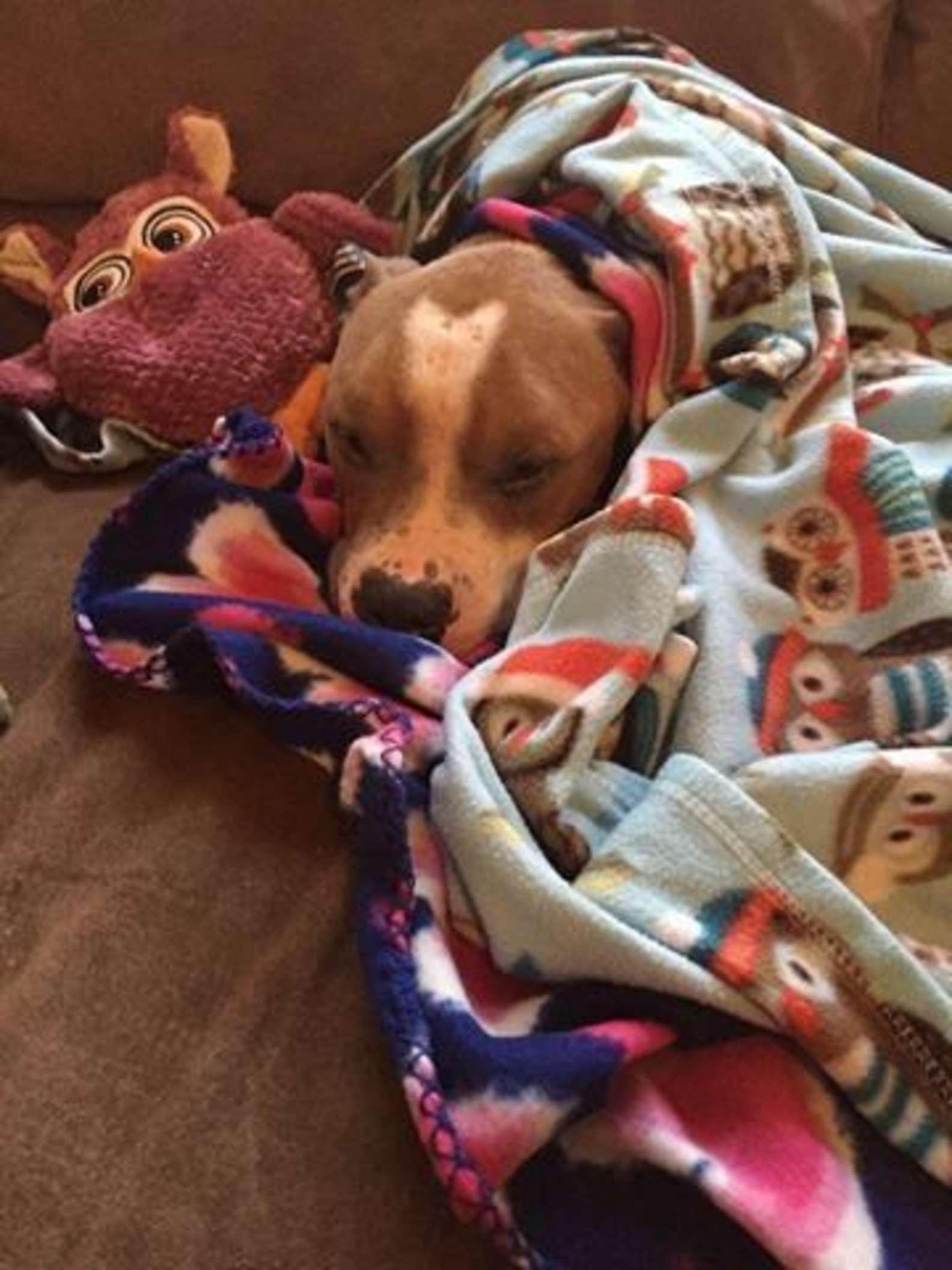 But Russ quickly fell in love with his new life, especially with his new mom, Filoon. “He always has to be close to me,” she said. 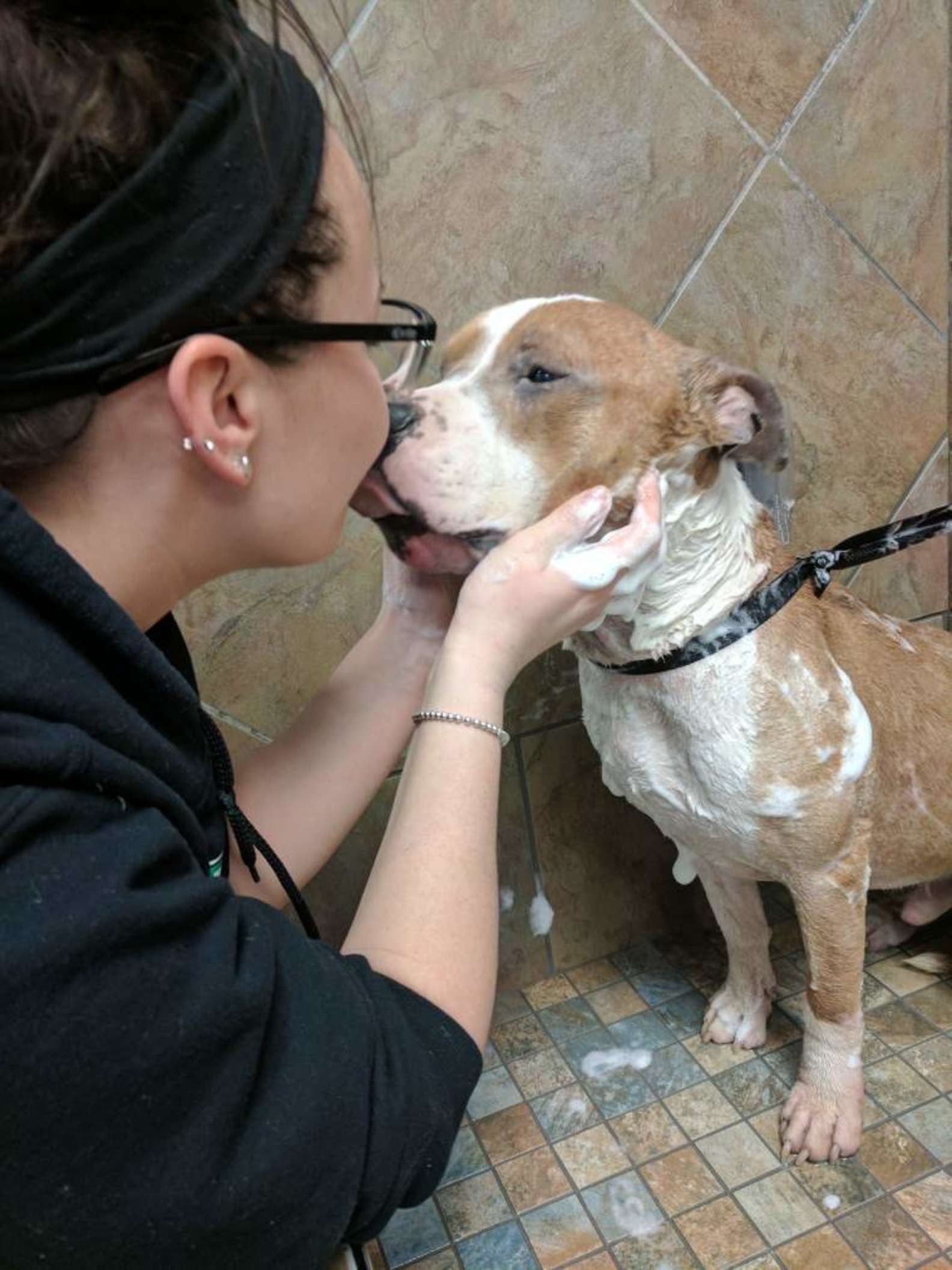 “One night I’m sitting there on the chair, doing my homework, and he’s trying to find ways to cuddle with me,” Filoon said. “There was a whole other sofa open, and we had his bed on the floor, but he didn’t want to lie anywhere else. So he ends up positioning himself, and I look down, and I think, “Oh my gosh, look at him.'” 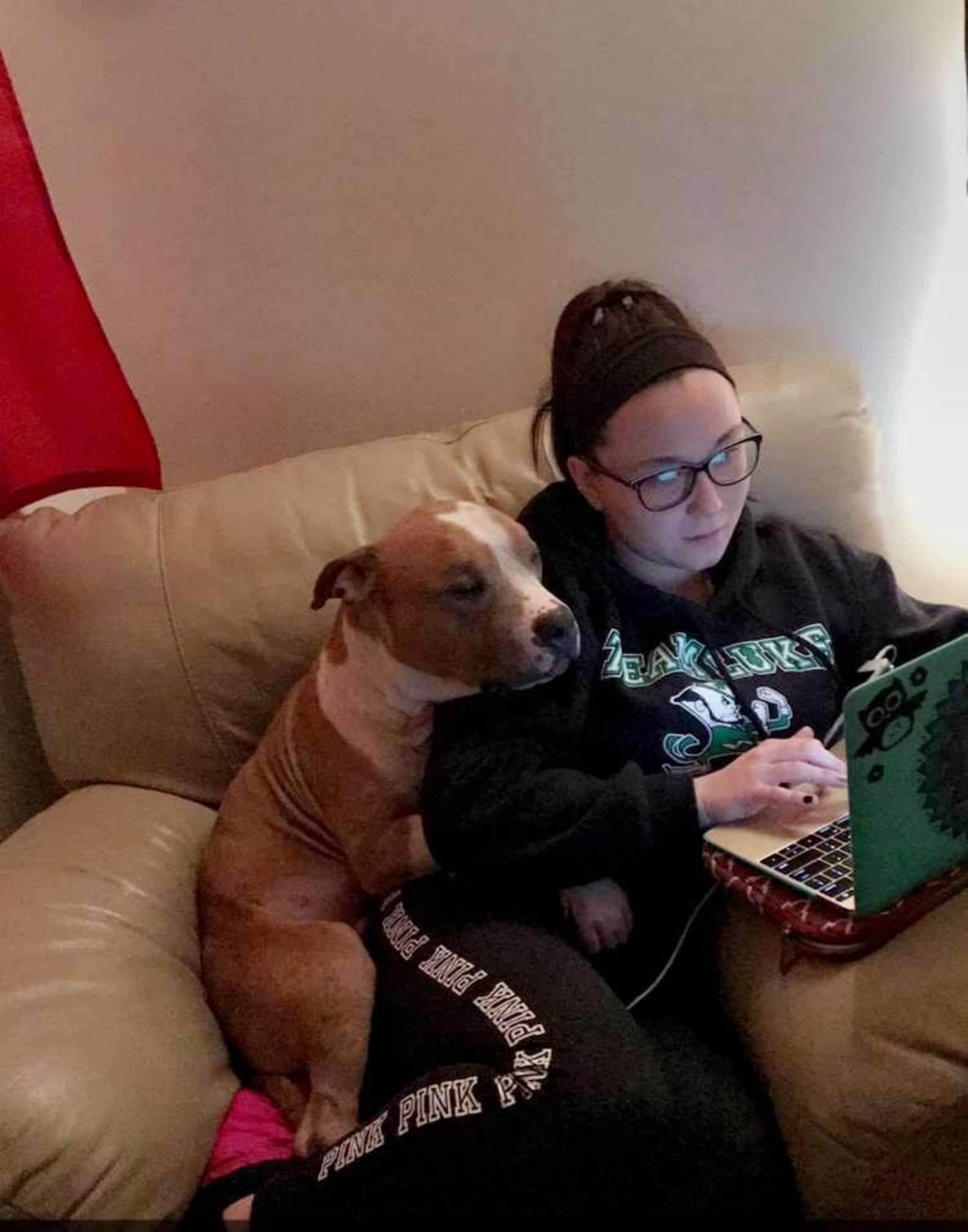 Filoon’s friend snapped a photo and put it on social media. The image quickly went viral. Filoon hopes the photo will inspire others to adopt shelter dogs.

“He’s such a love bug, honestly,” Filoon said. “I’ll be lying there, and he’ll put his head under my arm, or his paw over my chest. And he’ll even lay on my chest.”

“I was worried that when I brought him home, his attitude might change,” she said. “But he’s still the same relaxed, I’ll-lay-down-and-cuddle-with-you kind of dog. He’s probably one of the most grateful dogs I’ve ever seen.”