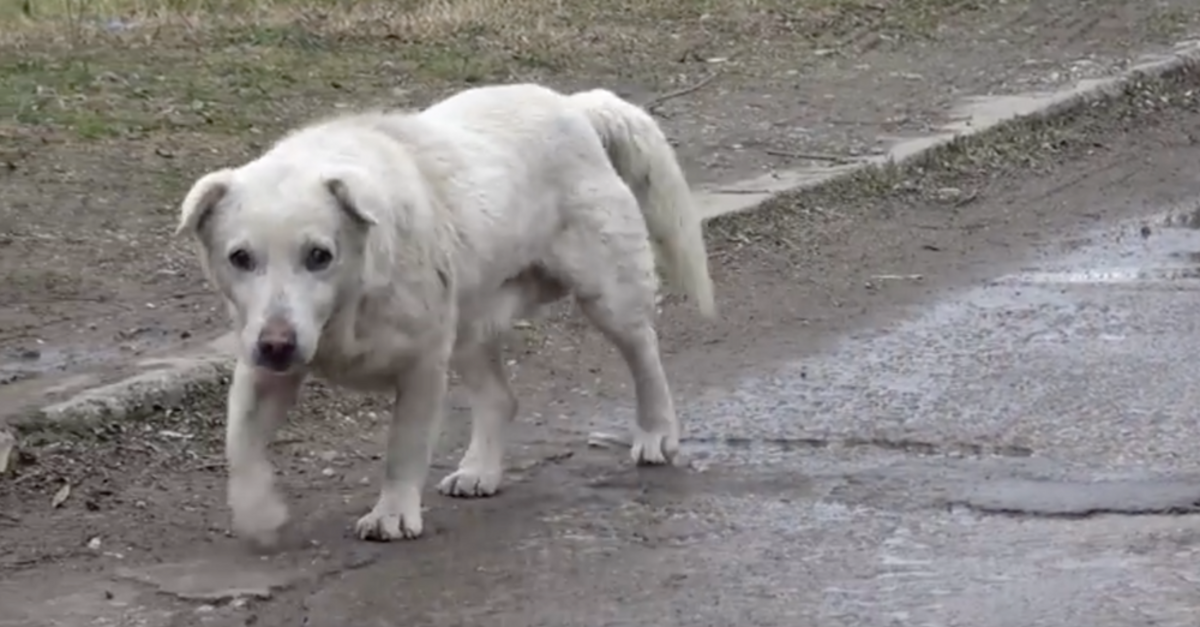 A homeless senior dog was spotted roaming outside near a train station. He was cold, scared and depressed, and Howl Of A Dog knew they had to save him.

They didn’t want to attempt the rescue near the station and risk him running across a passing train, so they followed him and tried to redirect him somewhere safer.

Since he was nervous, he ran away every time rescuers got closer, but eventually he decided to walk toward rescuers when he realized that they were there to help him.

As he came closer, rescuers noticed that he was limping and his left eye seemed to be injured. He allowed rescuers to pet him and he was actually very calm. It seemed like this old dog finally had enough of life on the streets and was ready and willing to go wherever these people would take him. 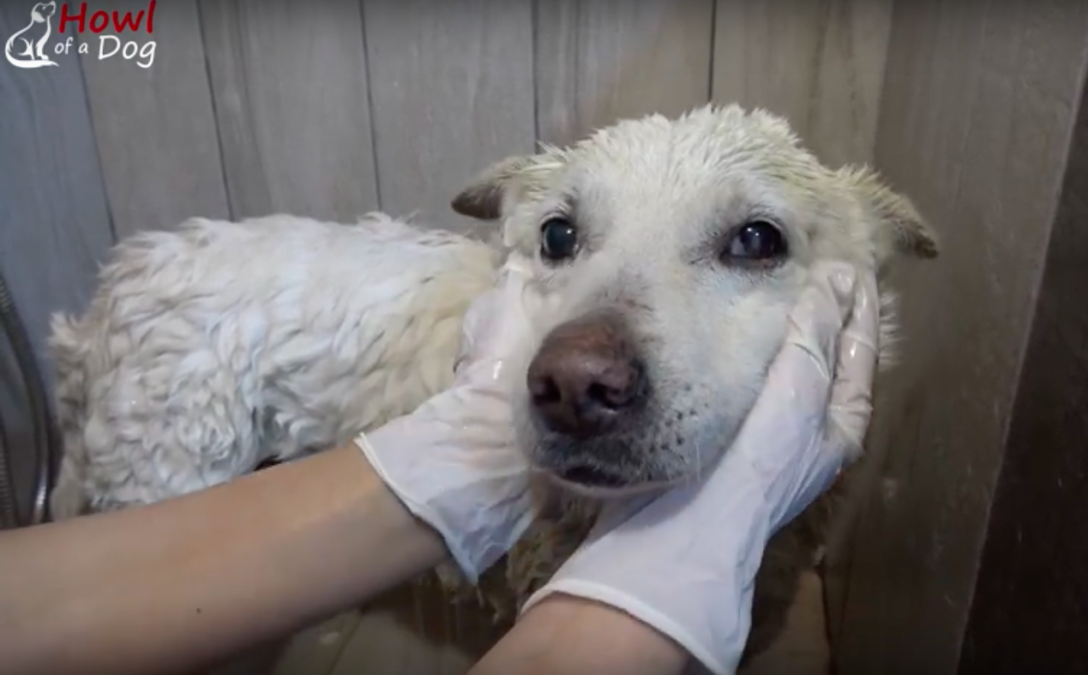