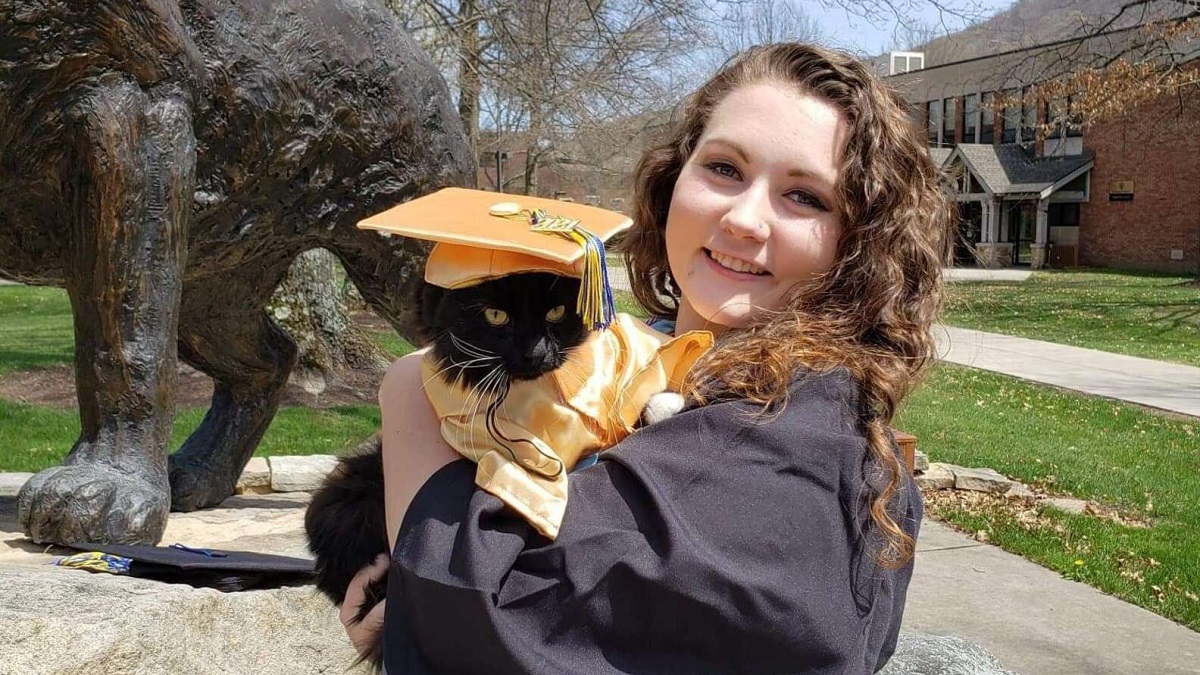 Salem had two broken legs but now he is feeling very well and healthy, after getting healed so quickly.
But Salem is such a cute cat and loves his mom so much.

As Salem grew, it quickly became clear to Weader that even though she had rescued him, he was going to end up rescuing her in a different way. 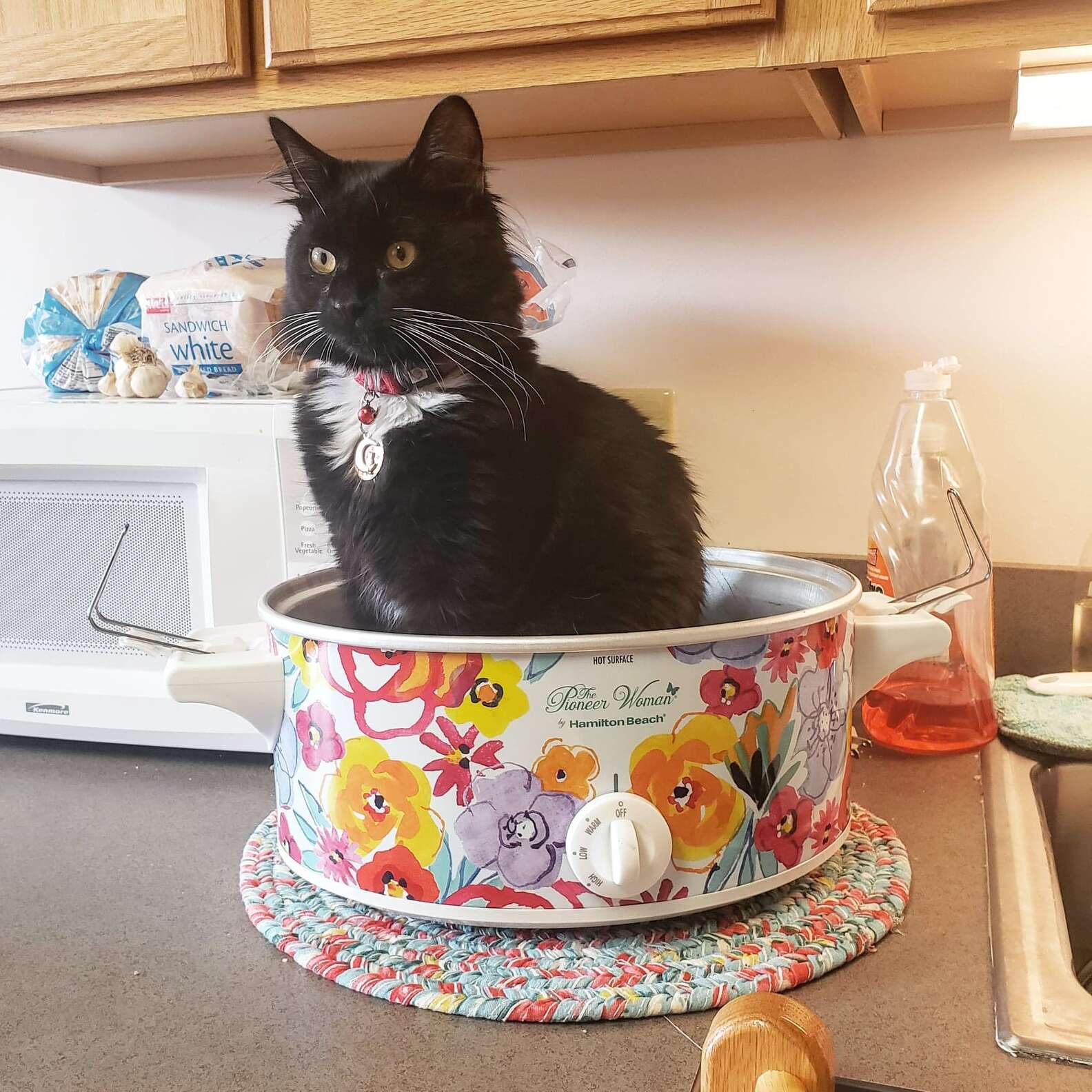 “If it’s been a bad day or I’m having a panic attack, he’ll come sit on me or nuzzle beside me and start kneading my legs and purring,” Weader said. “He’s definitely been a comfort through everything this past year.”

But then Weader was getting prepared for the graduation day. So she cannot do it without Salem. He’s always been with her in every moment and the cat actually deserved to graduate too, so she decided to get him his very own cap and gown so that he could proudly graduate alongside her with a degree in emotional support.

Afterwards, people couldn’t get enough of Salem and his graduation outfit — understandably so.

Well, Salem pictures are EPIC and his reaction is priceless. 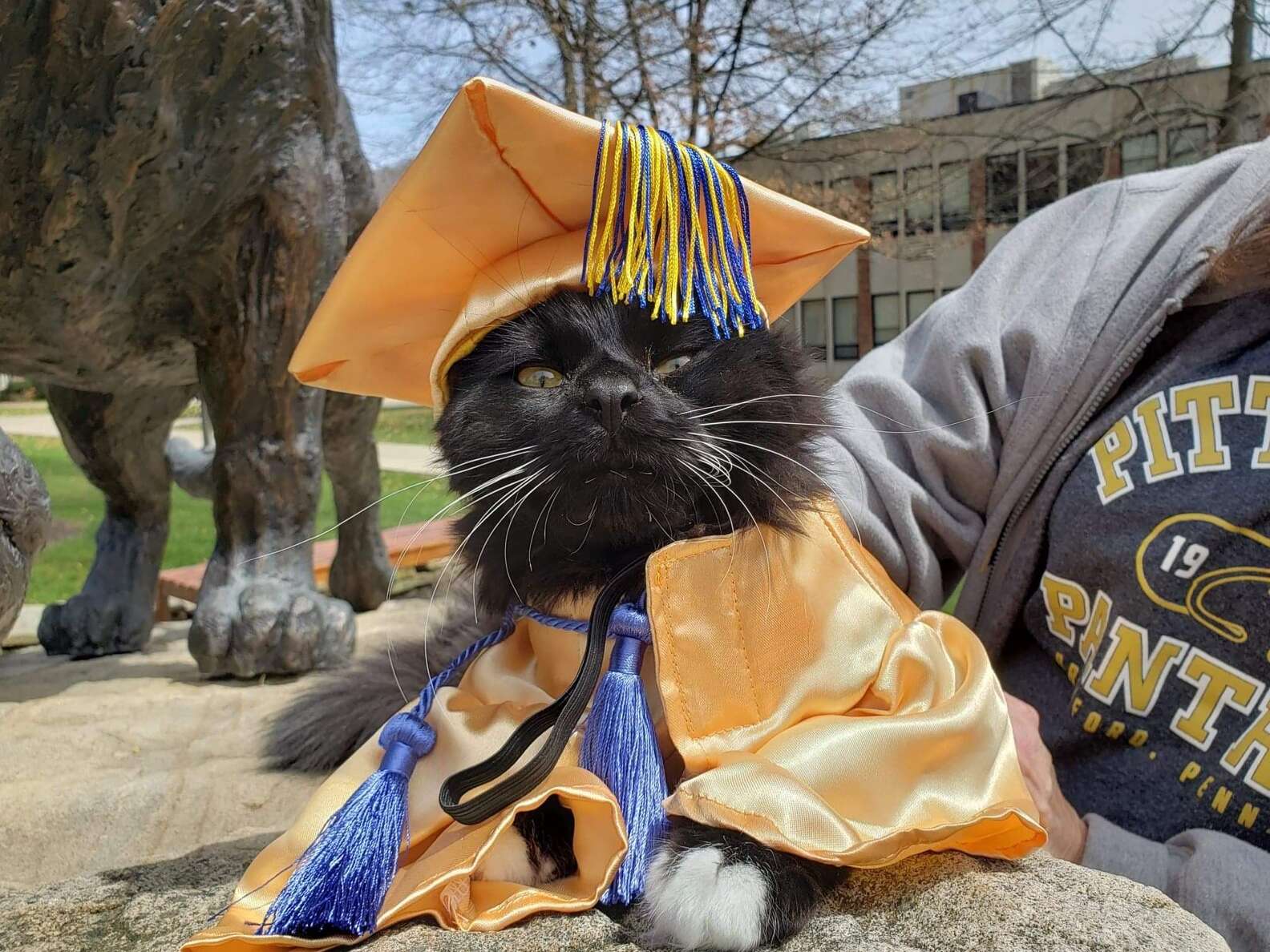