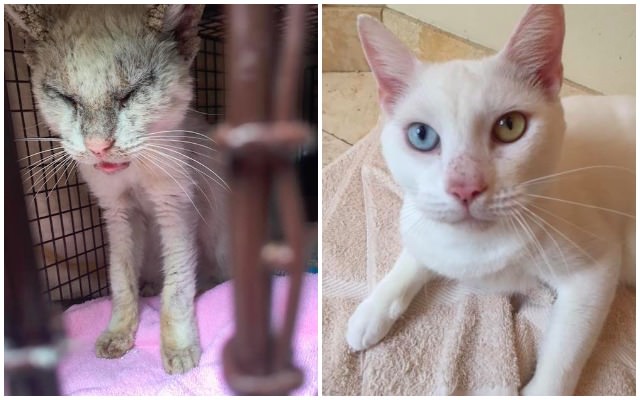 When poor Cotton was found as a stray, the mangey cat with inflamed eyes was pitiful to look at. He was discovered in Royal Palm Beach, Florida by a man named Joe, who said that the kitty just “came out of nowhere.”

Joe had gone outside to set down a plate of food for his own cat when Cotton approached and hungrily devoured it. Joe was concerned for the sickly stray, but knew he couldn’t take in another pet, as his cat was terminally ill. Still, he knew he had to help. Since it was late at night, all the local rescues and shelters were closed, so Joe took to Facebook to see if he could find anyone to take the kitty in. 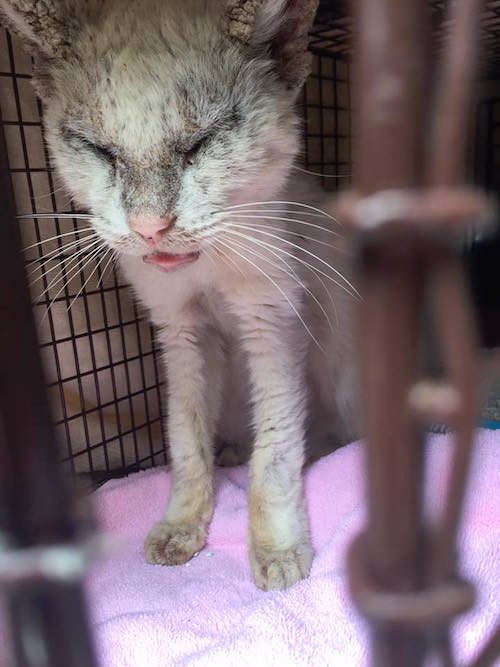 “He posted a photo and people could see cat was suffering from severe mange,” Carmen Morales Weinberg with the Animal Friends Project told iHeartCats. “A friend knew I had experience with mange cats and she tagged me [in the post].”

Weignberg was not able to pick up Cotton until the morning, so Joe coaxed the stray into a carrier where he’d be safe for the night. 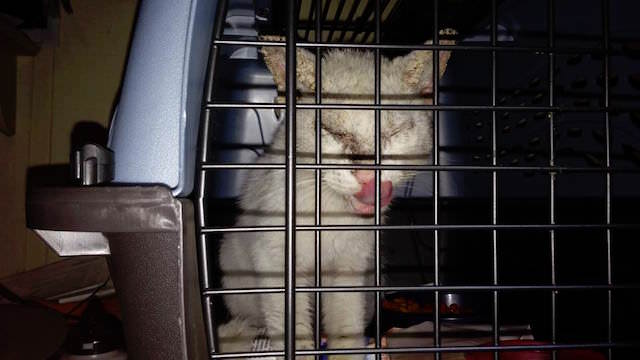 The next morning, Weinberg went to retrieve the kitty and take him to the vet. With scabby skin and eyes swollen shut, it was no surprise that he was diagnosed with a severe case of mange, plus he was dehydrated, anemic, and underweight. But what they weren’t expecting was how affectionate the downtrodden kitty became as soon as he realized he was safe. He even started purring as the vet examined him during the appointment! 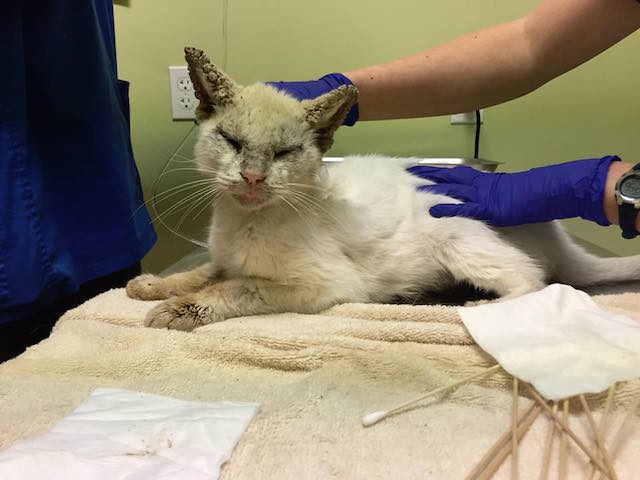 Weinberg took Cotton home to foster him, where he was quarantined in a room and given Ivermectin, fluids, an antibiotic and ointment for his eyes. He got fed small meals throughout the day, and had coconut oil massaged over his sores. His coat began to fill in with soft, white fur, and when he finally opened his eyes, he revealed gorgeous gem-colored irises: one blue and one green! 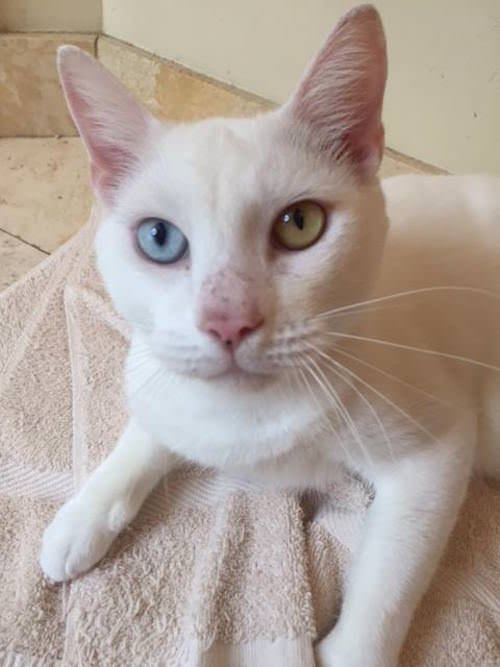 Now that he’s healthy, Cotton is as sweet and loving as ever. What’s more, this beautiful boy needs a home! His adoption profile reads:

“Cotton needs a home where he can be inside and outside too. He is very friendly towards people and loves to sit next to you and purr nonstop. He is not as friendly with other cats and it seems like he is not happy to just be indoors.” 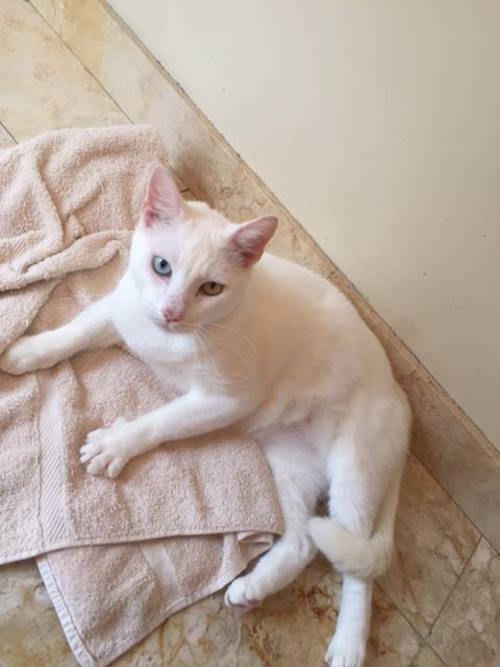