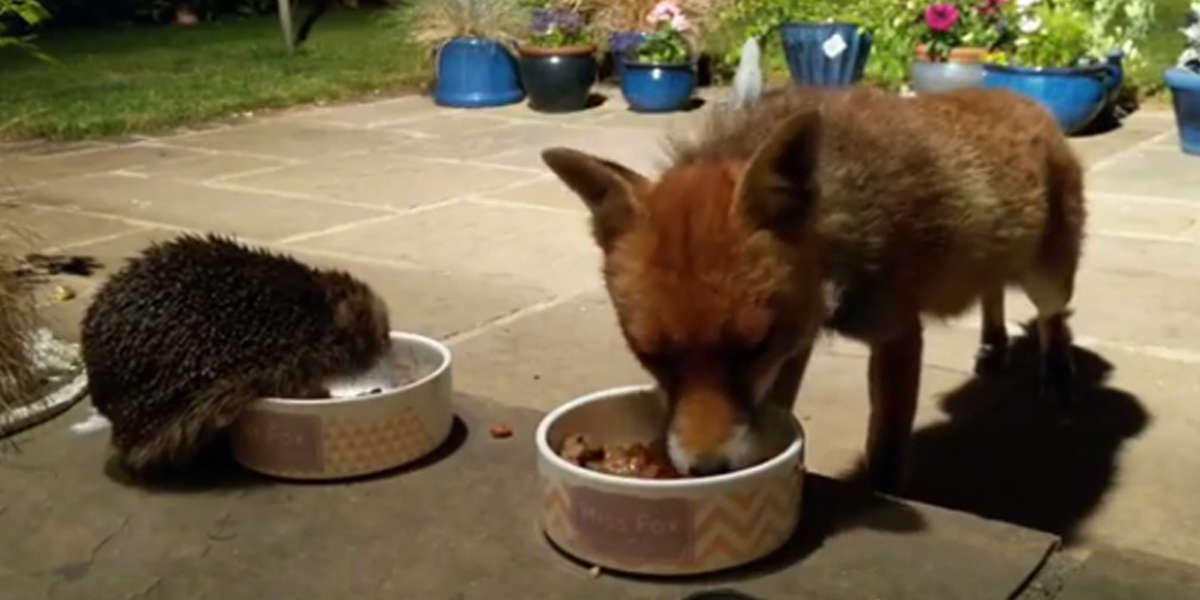 Some matches are made in heaven, as the saying goes — but this remarkable friendship was formed a bit closer to home.Or, to be more specific, Lucy Goacher’s back garden.

Goacher lives in England where, in many parts of the country, native species like foxes have been forced to adapt to urban life. Their close proximity to humans, and perceived aloofness as scavengers, have given foxes a negative reputation with some folks.Early on, Goacher was one of them.”My family and I have had fox visitors for years, but like a lot of people we believed they were dangerous creatures and that they’d be a danger to our cats,” Goacher told The Dodo. “But a few years ago we realized how gentle they really are.”

Given the hardships facing foxes amidst human development in England, it’s not uncommon for people to provide food and water to these animals (and the practice is even encouraged by some wildlife officials). Two years ago, Goacher started doing just that.Sure enough, the four foxes who frequented the area before soon became regular visitors. And in exchange, Goacher was rewarded with some stunning encounters.

Just about every night since then, the foxes have gathered at Goacher’s place for their dinner. Recently, however, word apparently got out about all the free food.About a month ago, a different sort of visitor began to arrive: This hungry little hedgehog.

On the first few visits, the hedgehog arrived only after the foxes had had their fill — but eventually he decided to take his chances at eating first. Goacher was stunned.”He marched straight through the assembled foxes and started on a bowl,” she said. “I was terrified they’d attack him, but instead they just looked at him with curiosity, like they couldn’t believe his boldness, and they left him alone to munch away.”

There’s always plenty of food for everyone, but at first the foxes seemed wary of interrupting the spiky newcomer during mealtime. But then something quite remarkable happened.One of the foxes decided to break the ice.

This friendlier fox, much to Goacher’s surprise, began dining on the spiky newcomer’s schedule.”He’s very happy to eat beside the hedgehog,” she said. In fact, now it’s become a regular thing.

And just like that, an unlikely sort of friendship blossomed.Here’s a video of them munching away on one of their dinner dates:

While the fox and hedgehog might seem like an odd pair to be pals, their open-mindedness toward one another comes with some obvious benefits: This friendly fox gets to eat before his less-accepting counterparts, and the hedgehog has an ally to ward off other animals who might want to threaten him.It’s fair to say they’ve got it good.

This all began, of course, thanks to Goacher. Her daily act of kindness toward animals in her garden has sprouted something beautifully unexpected.”I assumed the hedgehog would be in danger, or at least avoid the foxes entirely,” she said. “But they’re united by their mutual love of free and plentiful food. Something that can be said for most humans too, I imagine.” 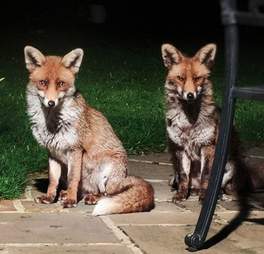 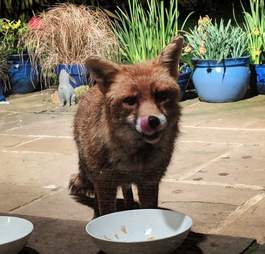 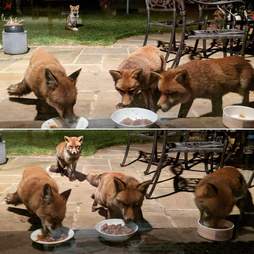 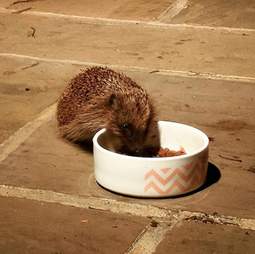 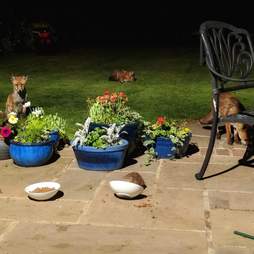 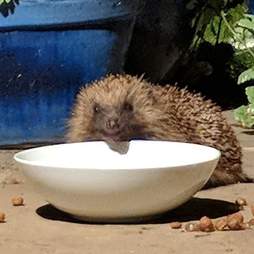 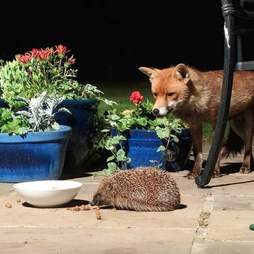 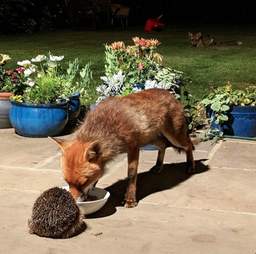 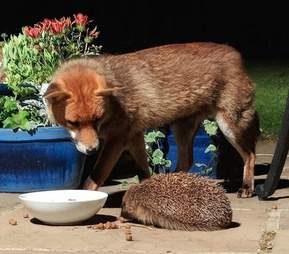