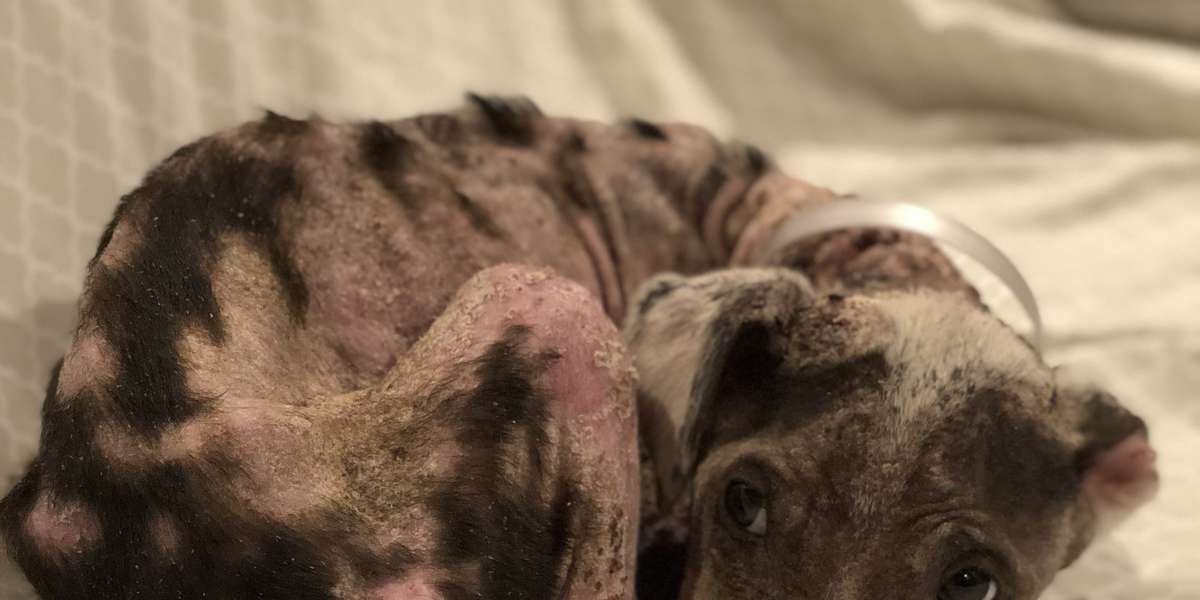 When Barbara Zuluaga saw a photo of a tiny, crusty-skinned puppy, she didn’t know what kind of dog she was.

“I thought that she was a Chihuahua or some other small breed,” Zuluaga, board member of A Chance to Bloom Dog Rescue in Houston, Texas, told The Dodo. “She was just covered in mange, and it was very hard to tell.” 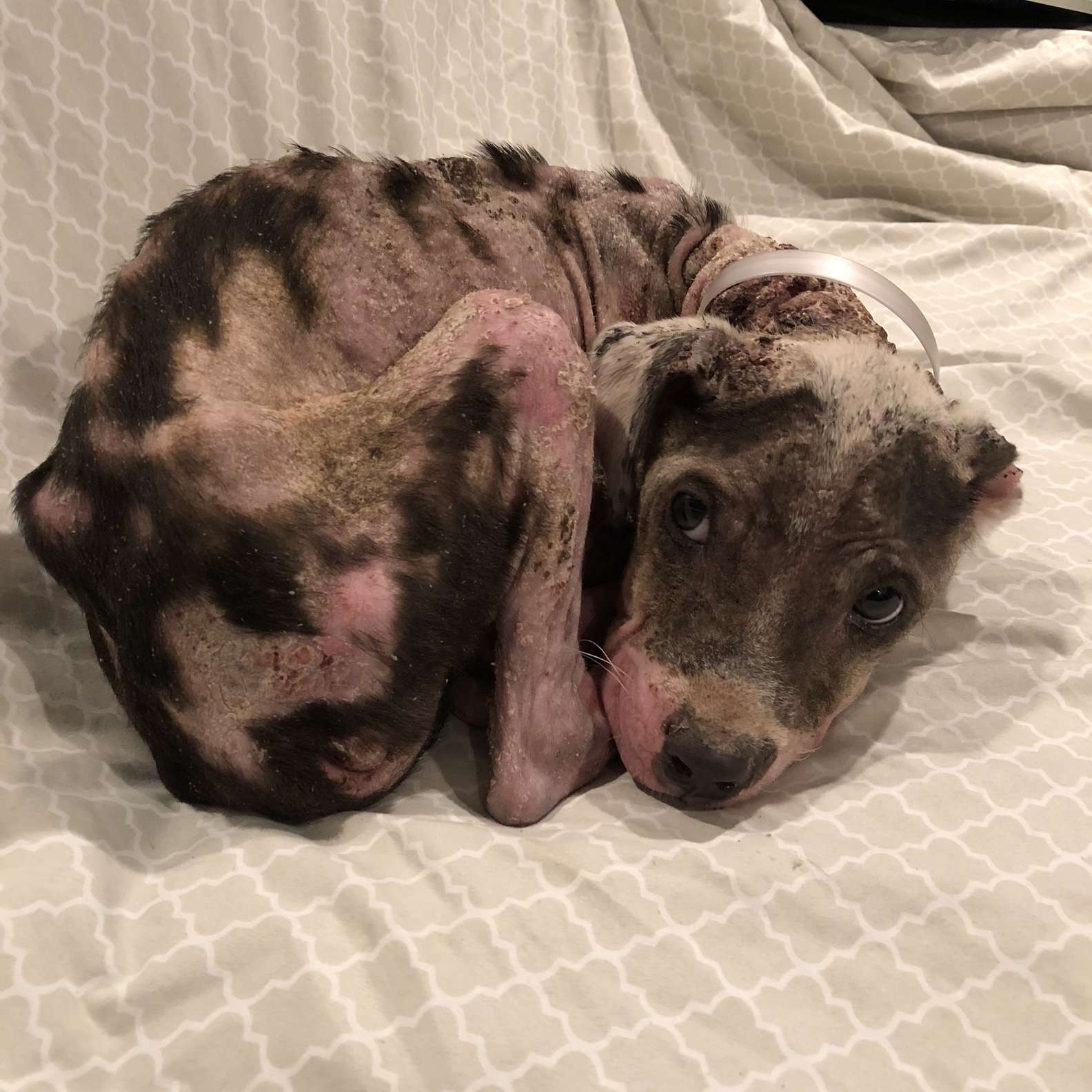 The puppy, who was about 8 months old at the time, was actually a Staffordshire terrier mix — but she was so malnourished, she was half the size she should have been, weighing about 12 pounds.

The puppy, named Ziva at the time, had come into the BARC Animal Shelter in April after being found chained to a tree on a property in Houston. Besides being malnourished and covered in mange, Ziva had sores all over her body, and her foot pads had been rubbed raw. 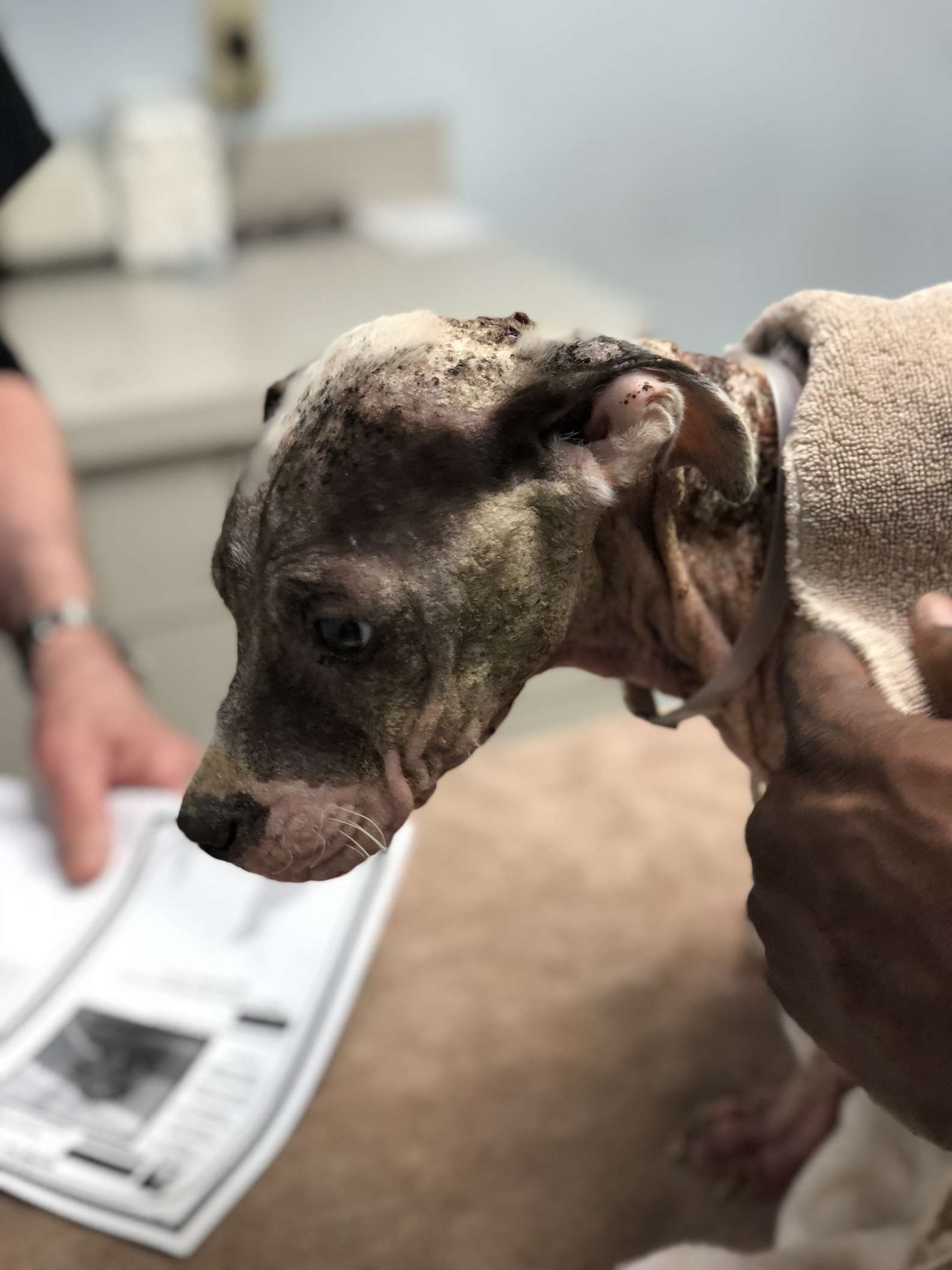 “It’s a really sad story, and it happens a lot in Houston,” Zuluaga said. “For a dog to get the injuries that she had — the mange and malnourishment — they have to be kept in a certain state for a long time, so it’s really obvious that she suffered.”

Ziva was also scared of everyone she encountered. “When you held her, she shook, and she wouldn’t make eye contact,” Zuluaga said. 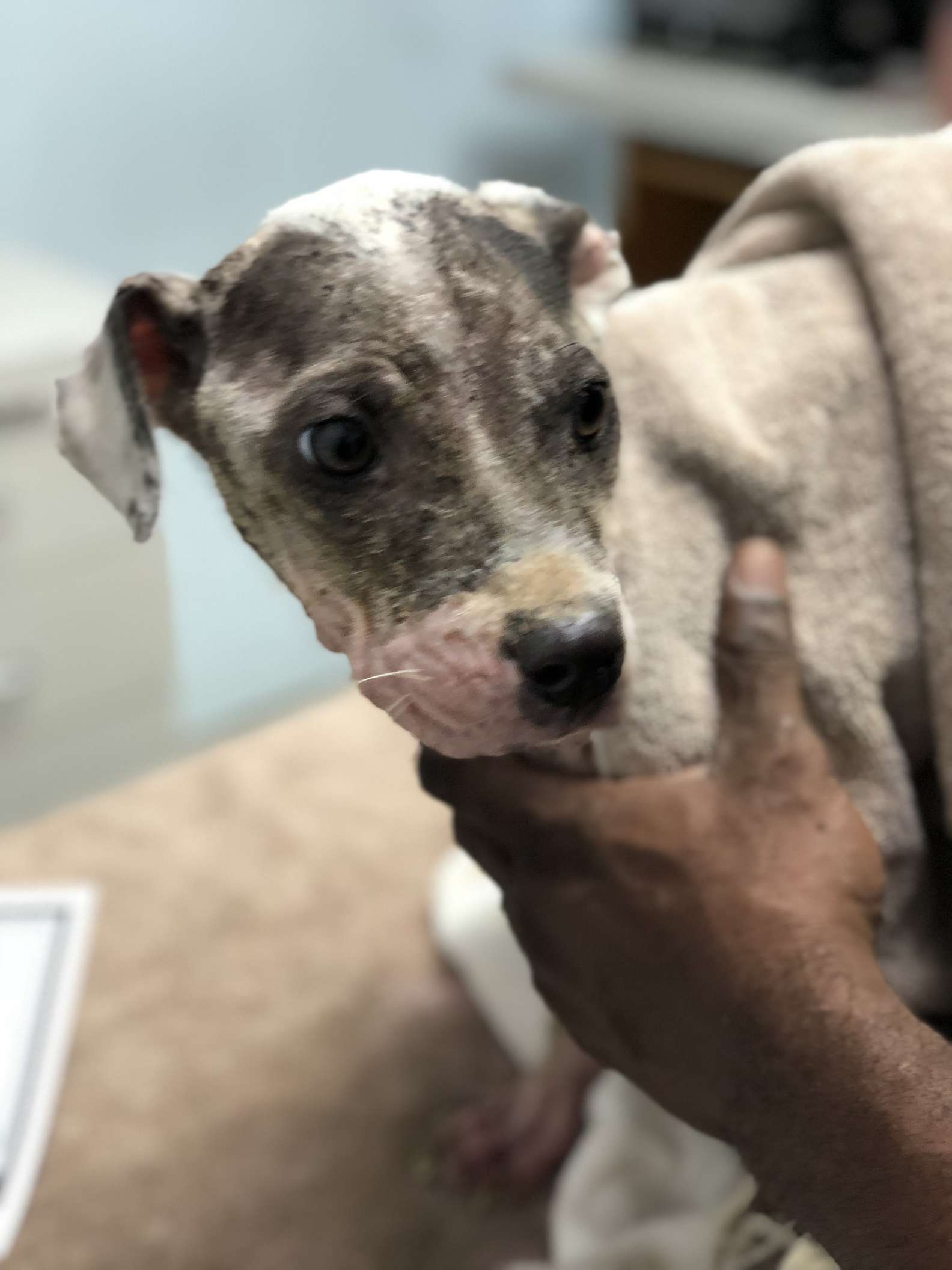 Zuluaga pulled Ziva from the shelter and got her to a vet for treatment. While she was there, one of the veterinary technicians, Stephanie Williams, fell in love with Ziva, and she didn’t want to say goodbye when it was time for her to go. 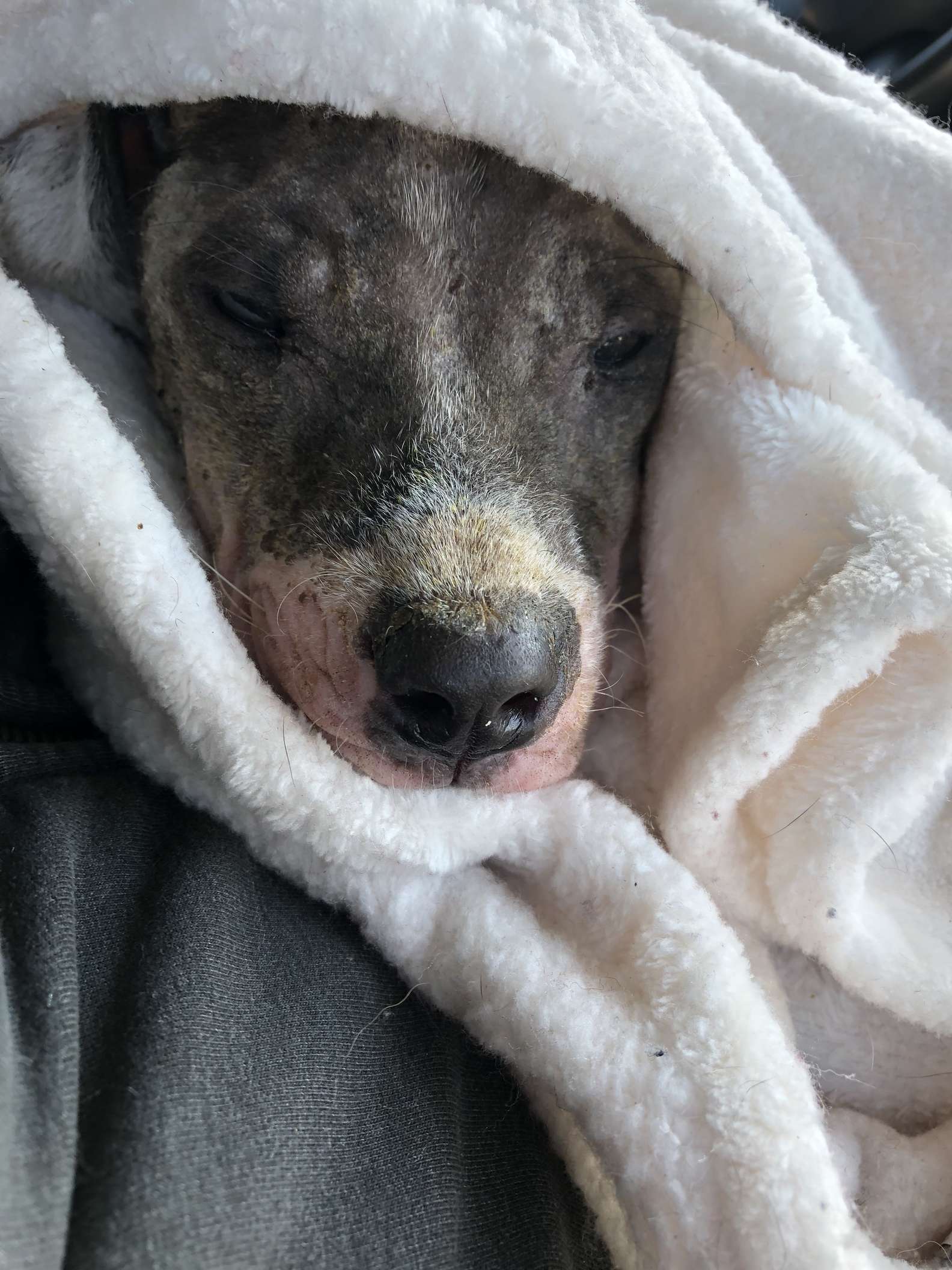 “It broke my heart to think about her leaving, and I wanted to be a part of her recovery,” Williams told The Dodo. “So I volunteered to foster her.” 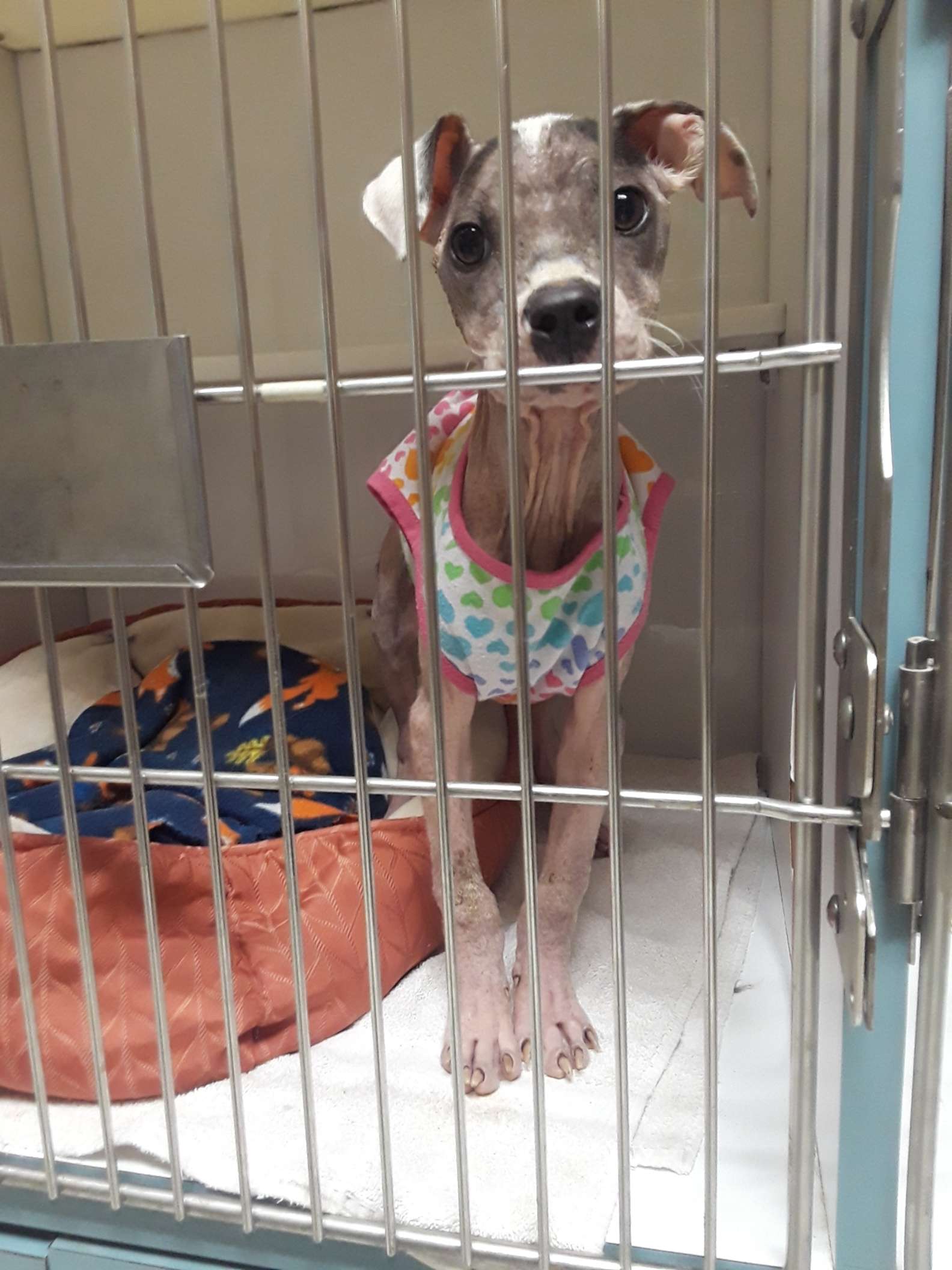 Ziva lived with Williams for about two months, and during this time, Ziva gained weight, grew in a new coat of fur and learned a lot about being a dog. 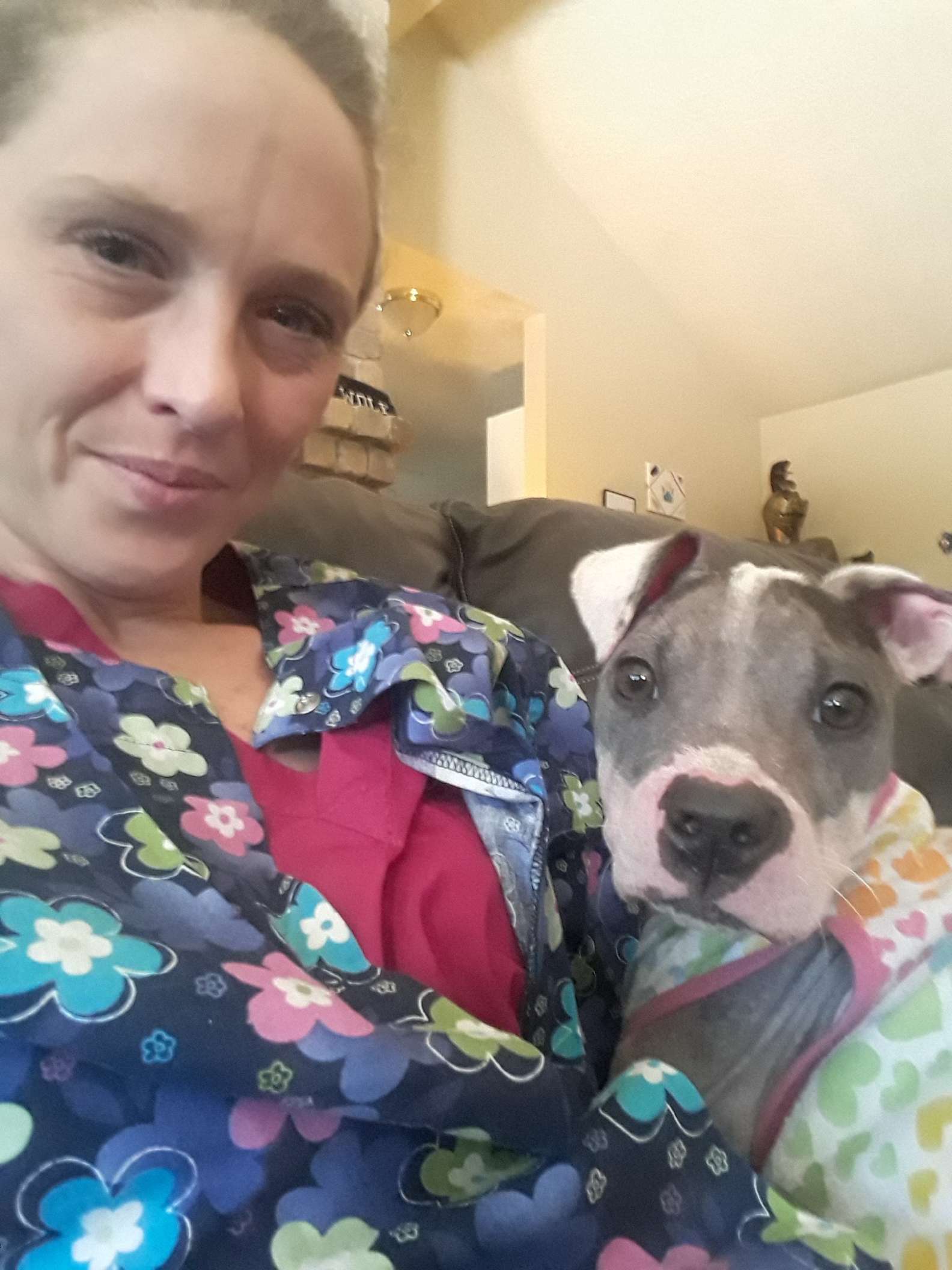