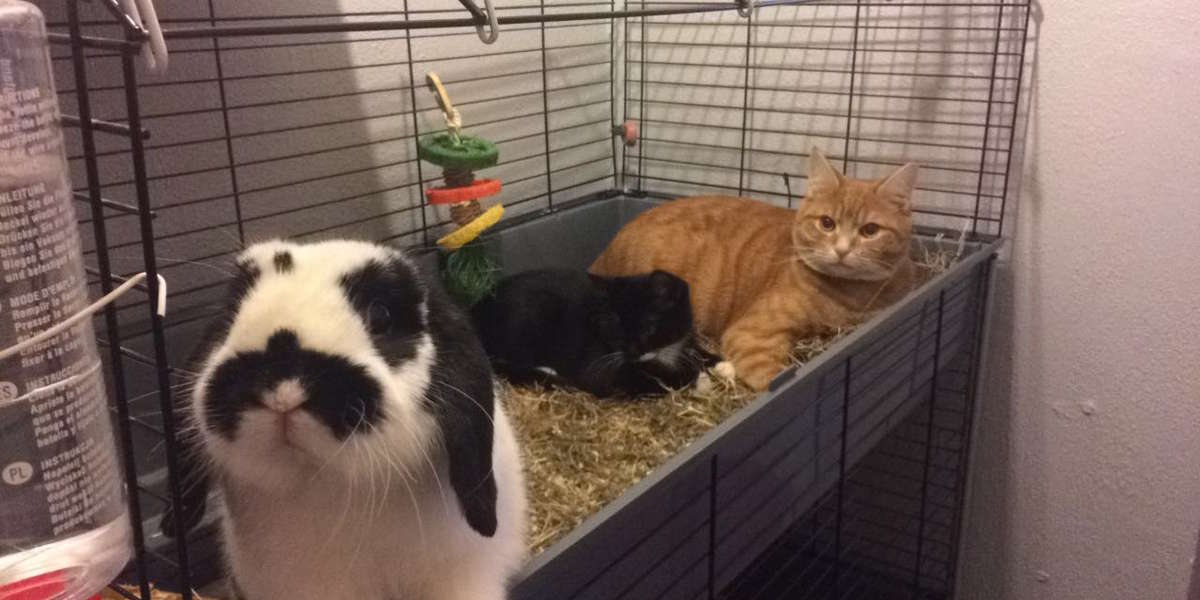 When Beau’s family first adopted him when he was just 4 months old, it seemed to them that he acted more like a dog than a bunny. He loved following his family around the house, cuddling with them on the couch and being around them as much as possible in general. His family quickly fell in love with his personality, and couldn’t have been happier with their new family member.

“When I first met Beau, he basically chose me to be his owner, he was so beautiful and had such a great personality and followed me around until I adopted him,” Scarlett Darby, Beau’s mom, told The Dodo. “I’m so glad he’s a part of our family because he’s just so cute and has the best personality of any rabbit I’ve ever met!” 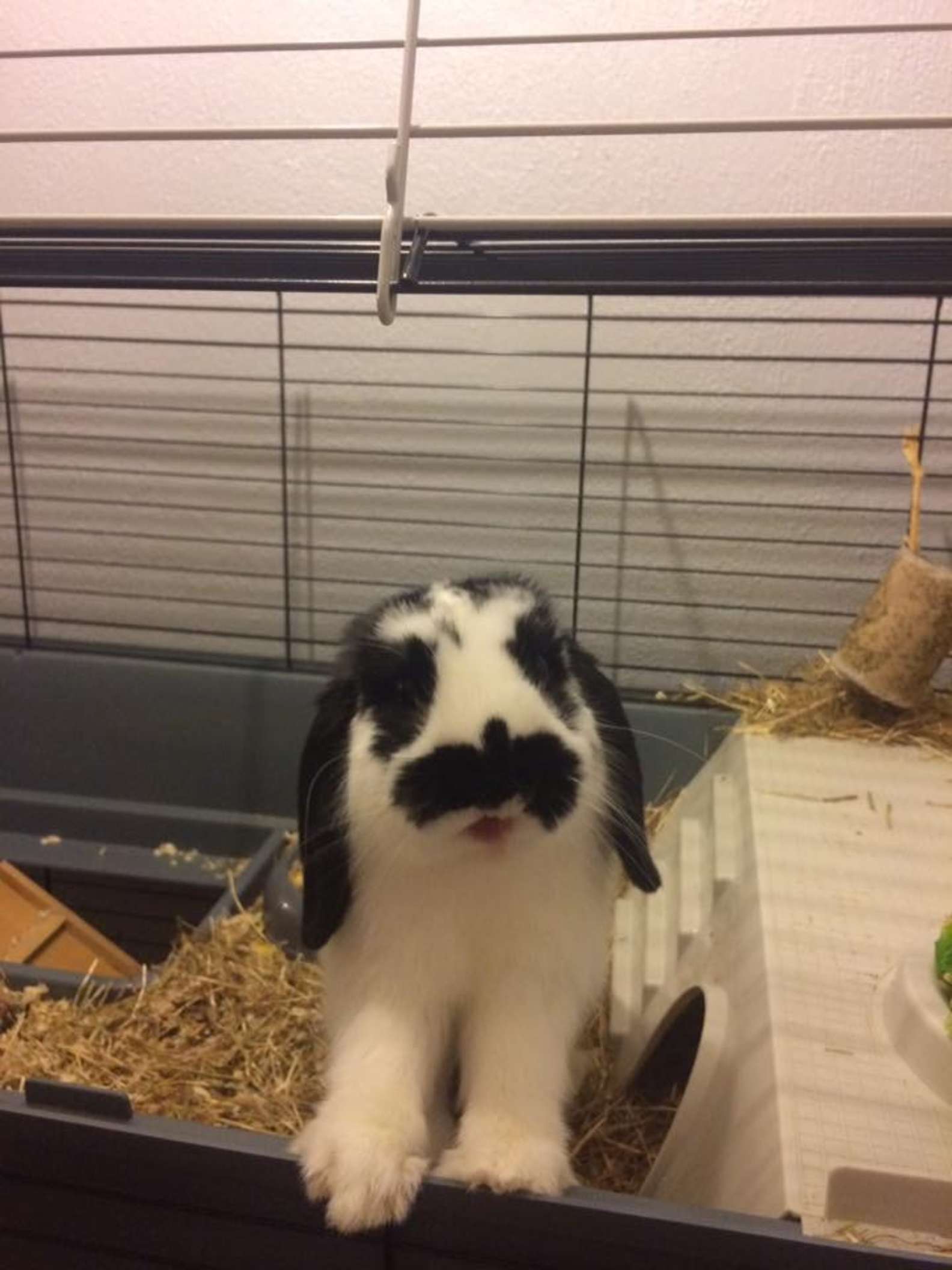 Several months later, Beau’s family decided to add a cat to the mix named Ninji. At first, Beau’s mom was worried about how he and the new cat would react to each other and how they would get along — but as it turned out, she had absolutely nothing to worry about.

From the moment Beau and Ninji met, they loved hanging out and playing together around the house. Darby was thrilled that they were getting along, but had no idea just how much they loved each other until Ninji discovered Beau’s enclosure. 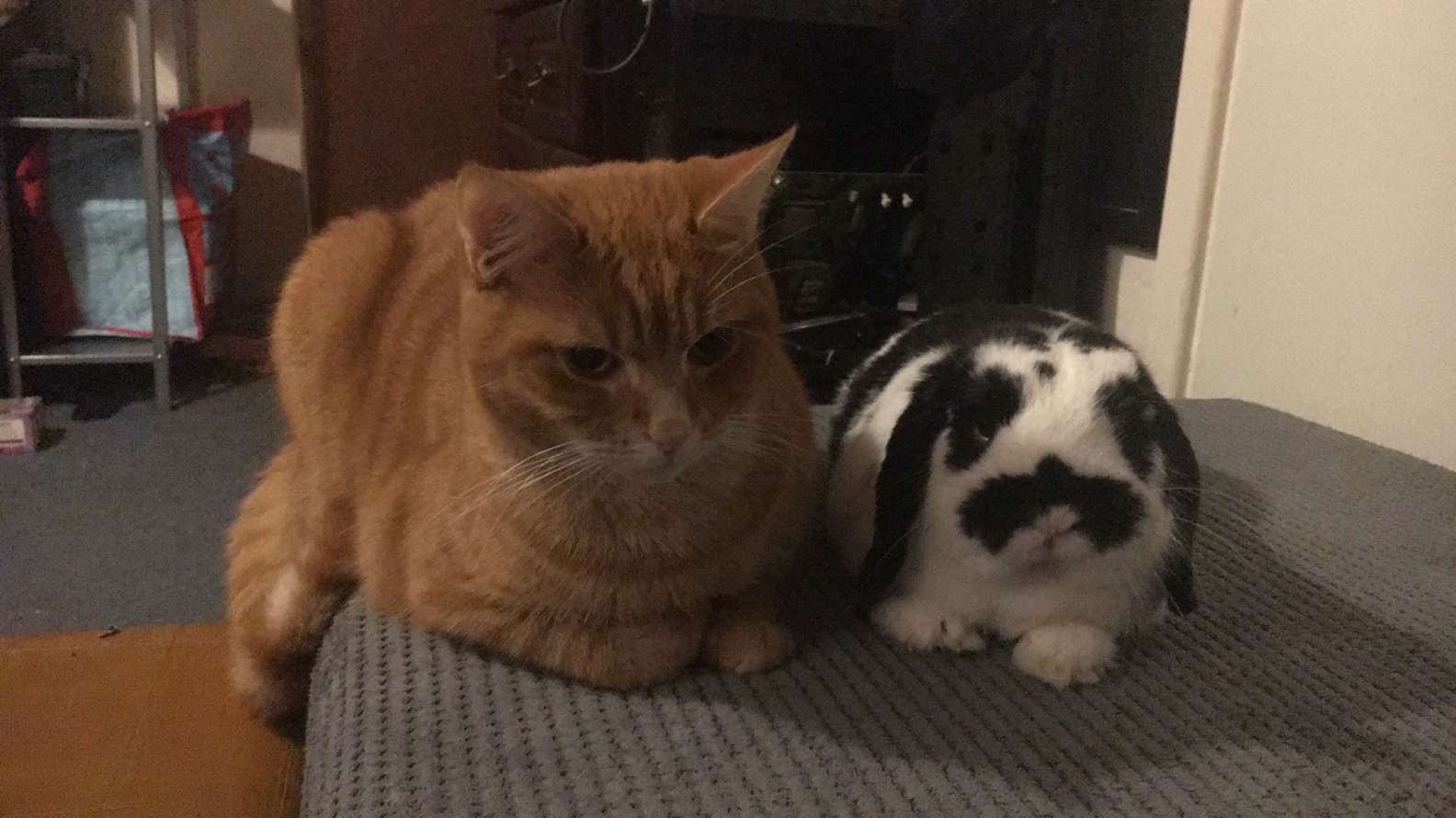 “I had the door of Beau’s cage open whilst I put some food in for him and Ninji decided to jump in,” Darby said. “I was nervous at first but soon realized that Ninji was more interested in Beau’s house than Beau!” 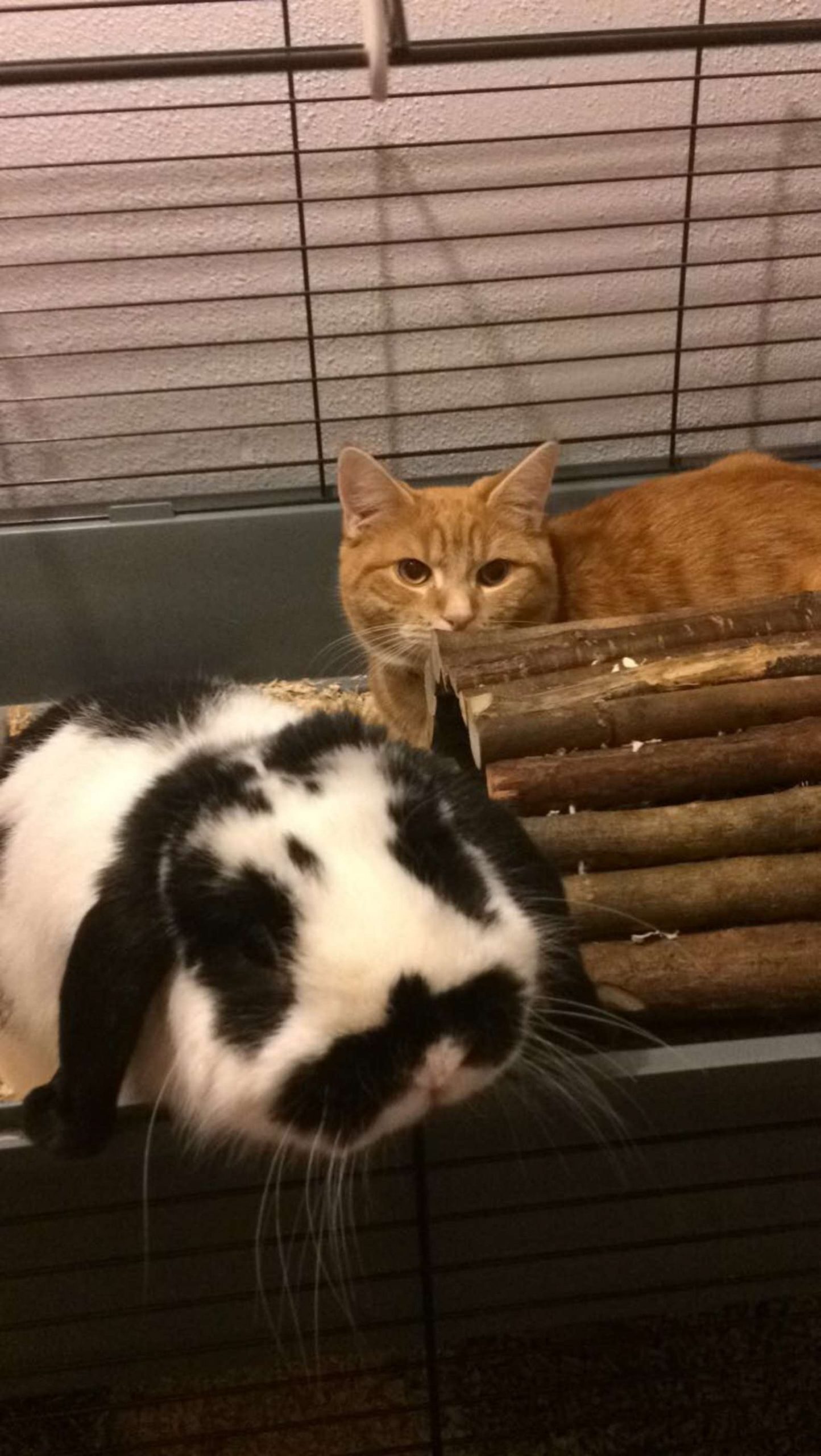 Beau seemed totally unfazed by Ninji being in his enclosure, and even seemed to enjoy having him in there. When the family adopted another cat named Nibbler, he began copying his cat brother and started hanging out in Beau’s enclosure too — and before long, the whole furry gang was spending time in there together, hanging out, having no idea that the enclosure was really just meant for bunnies. To them, all three of them were exactly the same. 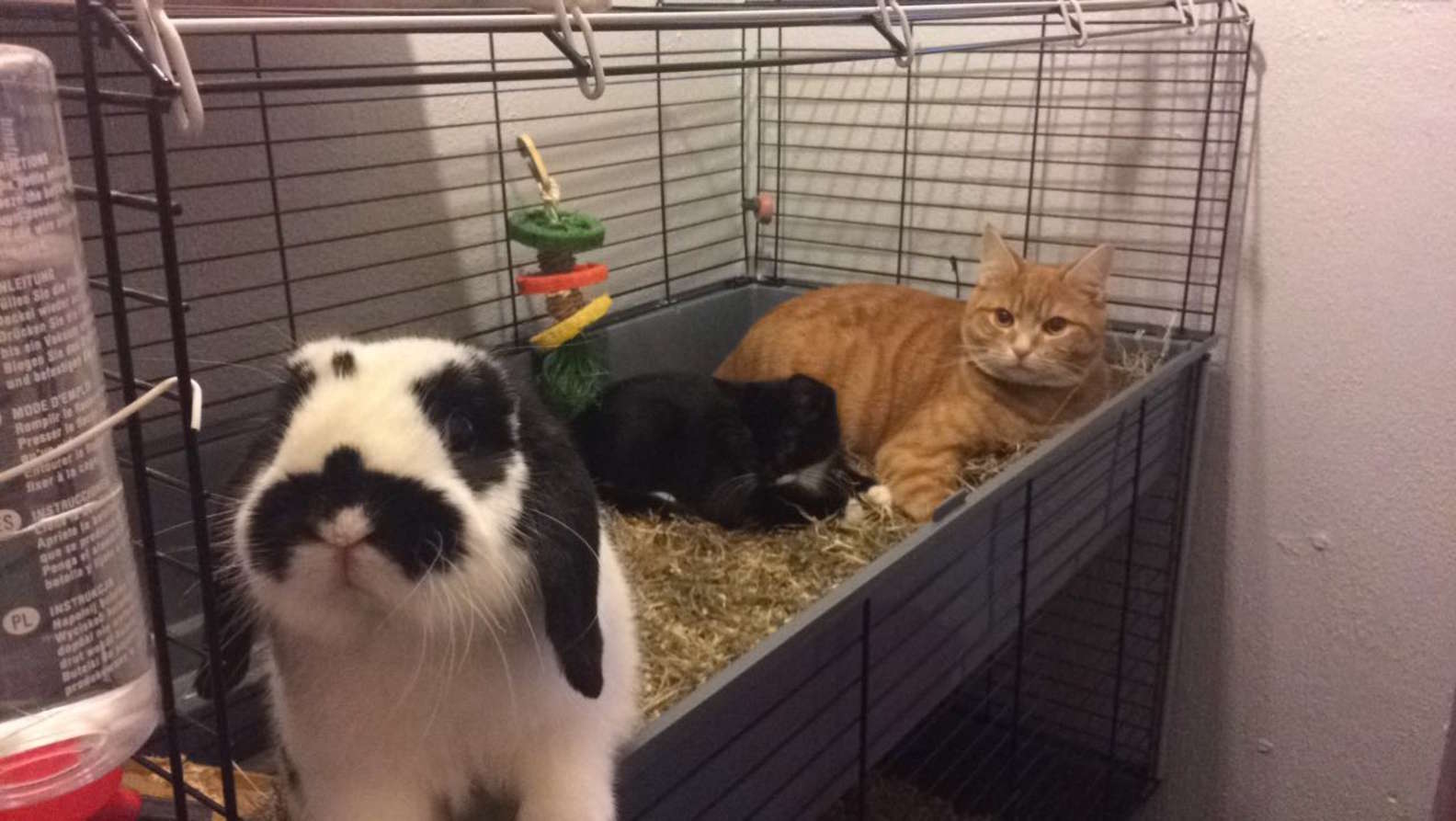 It may seem like a strange sight, seeing a bunch of cats hanging out in a bunny enclosure … 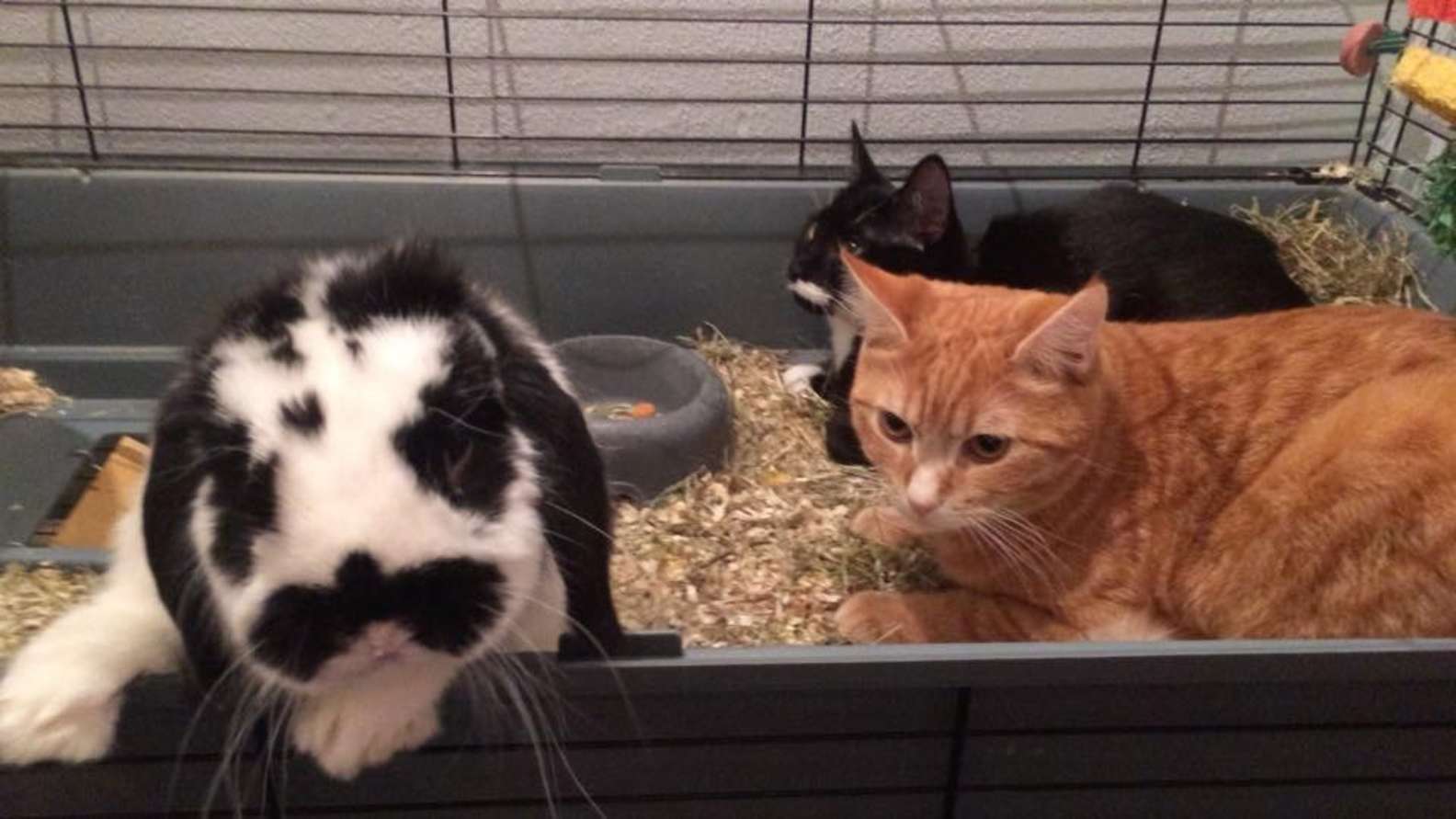 … but for this family, it’s just another day. 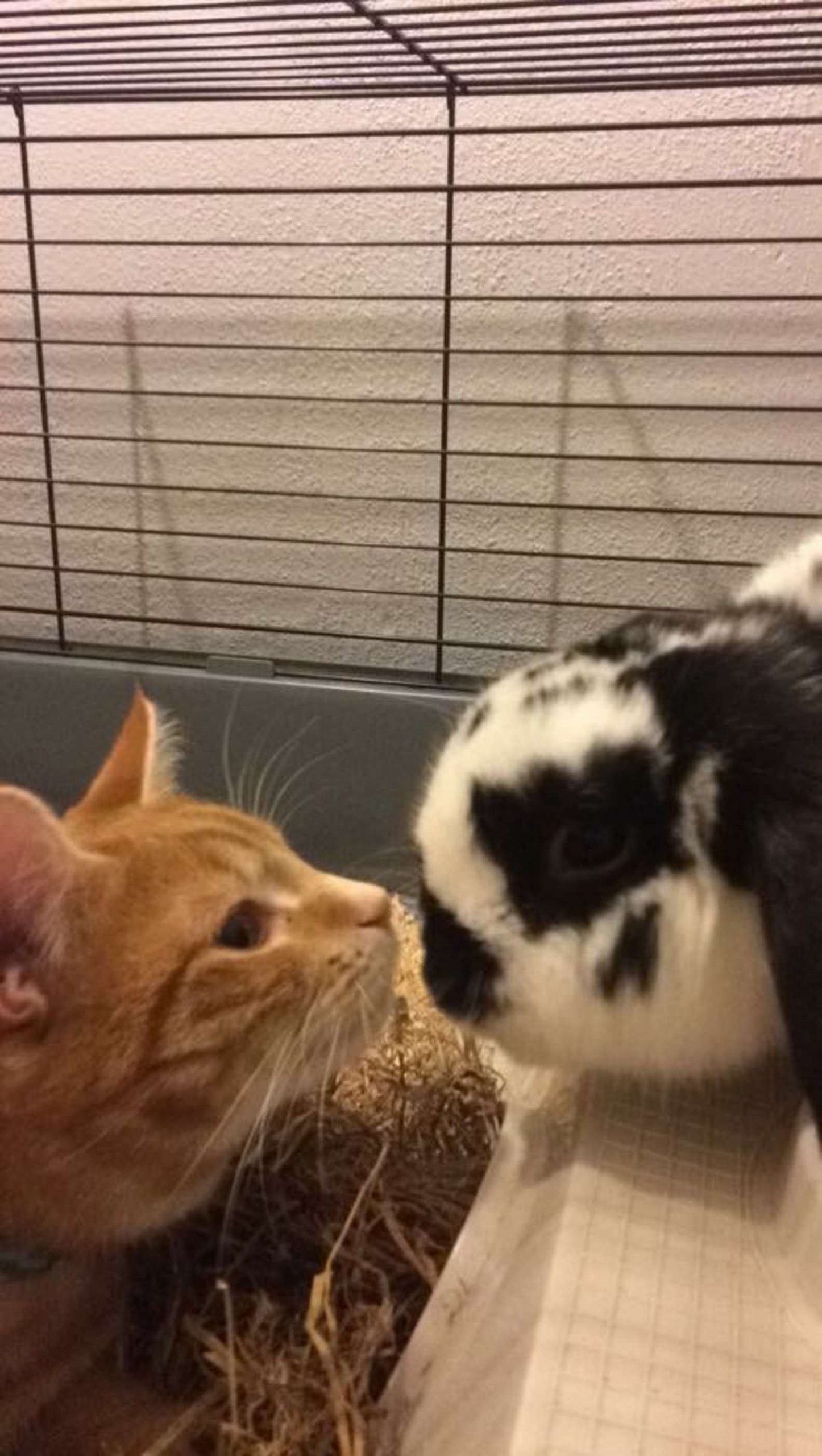 “If he’s not happy with the cats being in his territory he does let them know by thumping/kicking his feet, but usually he’s excited that his cat siblings are sitting with him,” Darby said.

Recently, the furry pack grew by one more as the family added a little sister, a kitten named Lola, to the pack. Lola bonded with Beau just as quickly as her cat brothers did, and now loves hanging out in his enclosure and anywhere else he is as much as possible. 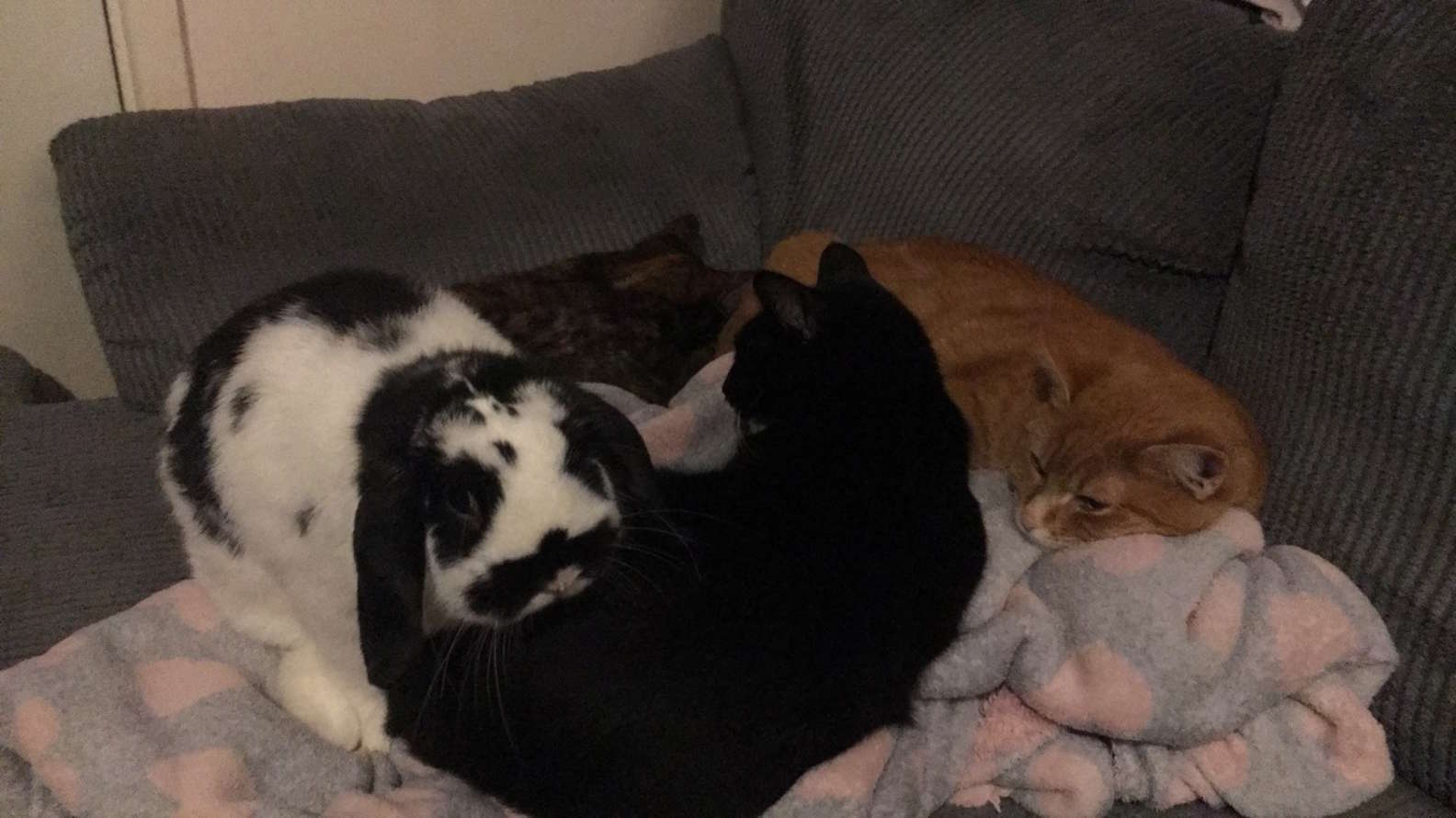 While Beau and his cat siblings are never left alone unsupervised, just in case, it’s easy to see just how much they all love and care for each other. To Beau, he and his cat siblings aren’t so different at all. More often than not, when one sibling decides to cozy up on the couch or in Beau’s enclosure, it isn’t long before they’re all piled up together … 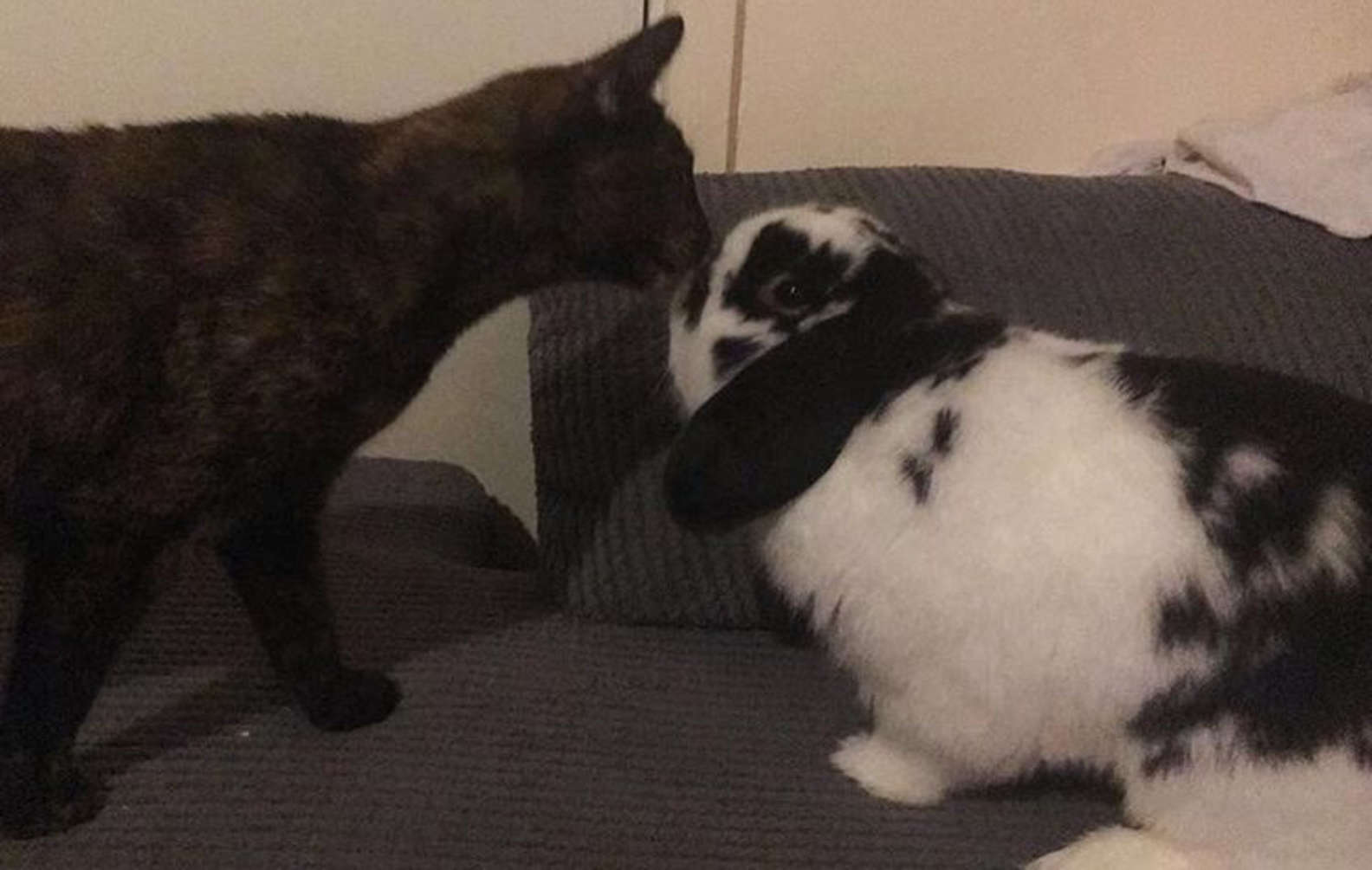 … enjoying each other’s company and being the cutest furry family around.