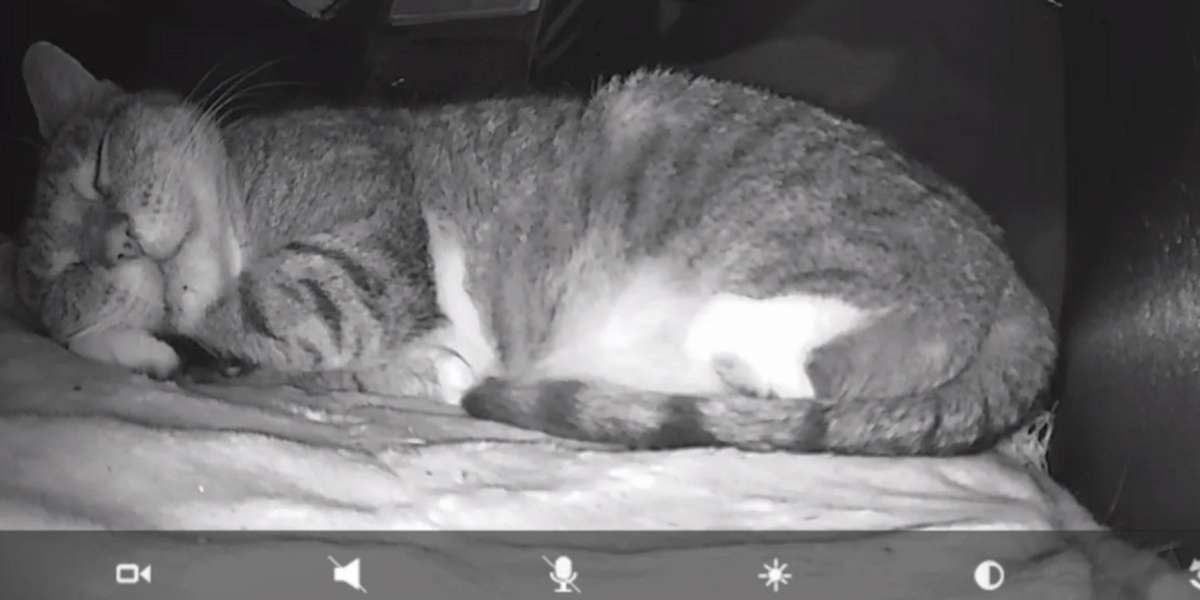 A few years ago, Maria Cassano noticed a stray cat traveling through her dad’s Long Island backyard with a kitten in tow.

She worried that without proper food the cat, whom she dubbed Mama, wouldn’t be strong enough to produce milk for her baby. Her dad was resistant to feeding neighborhood strays, but Cassano convinced him to make an exception. 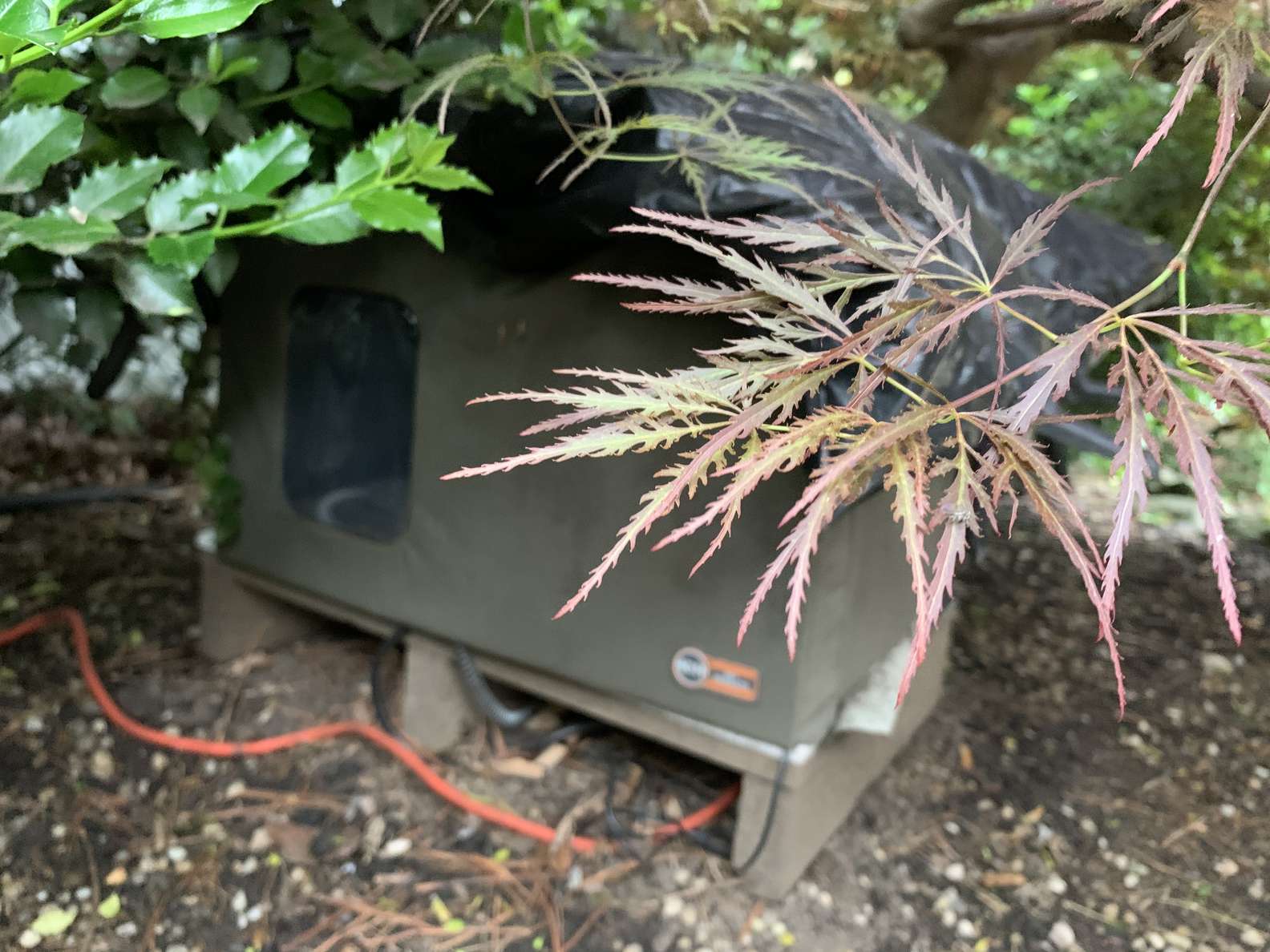 A neighbor soon adopted Mama’s little kitten, but the Cassanos continued to set out her free meals for the feral cats in their neighborhood. Mama was especially grateful for the food, but the more she came around, the more they feared for her in the cold weather.

So Cassano’s dad decided to build her a cozy cat house of her very own.

“My dad’s pretty handy and although he’s ‘not a fan of having pets in the house,’ he’s a really empathetic guy and he loves to help out,” Cassano told The Dodo. “So when his girlfriend and I started to worry about the cats surviving the cold weather, my dad ordered the elements for a heated cat house, covered it with waterproof materials, built a base for it and put it out in the backyard.” 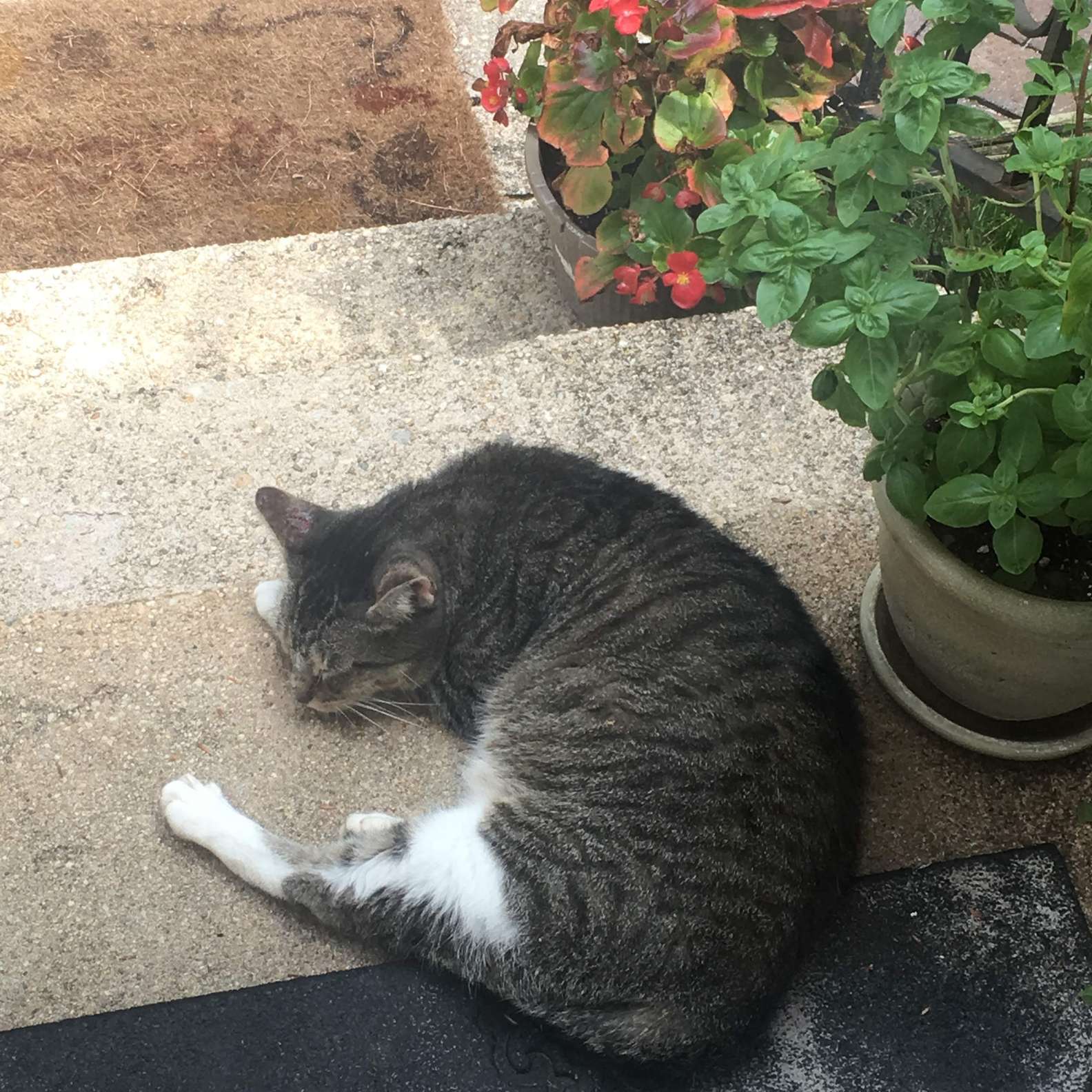 Mama soon had a second kitten, and Cassano’s dad decided to install a camera in the cat house to make sure they were getting home safe every night. 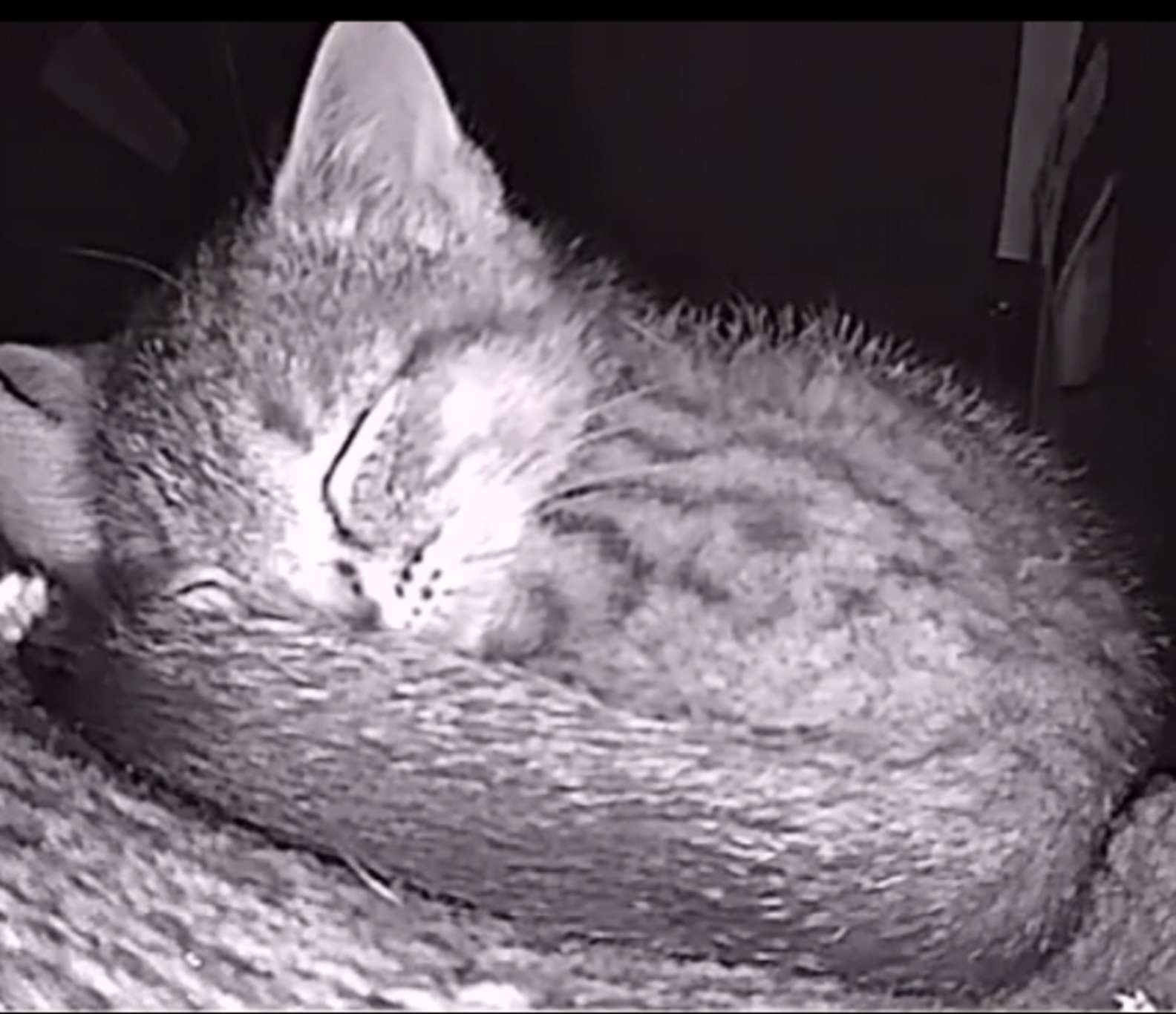 What they didn’t anticipate were all the adorable photos they’d capture of the grateful strays.

Cassano was eventually able to capture Mama and her kitten and bring them to a local shelter to be spayed and vaccinated. “It was fall, and the shelter said that Mama would be fine to return, but the kitten was likely too young to survive the winter if left outdoors,” Cassano said. “However, he took well to being handled by humans.” 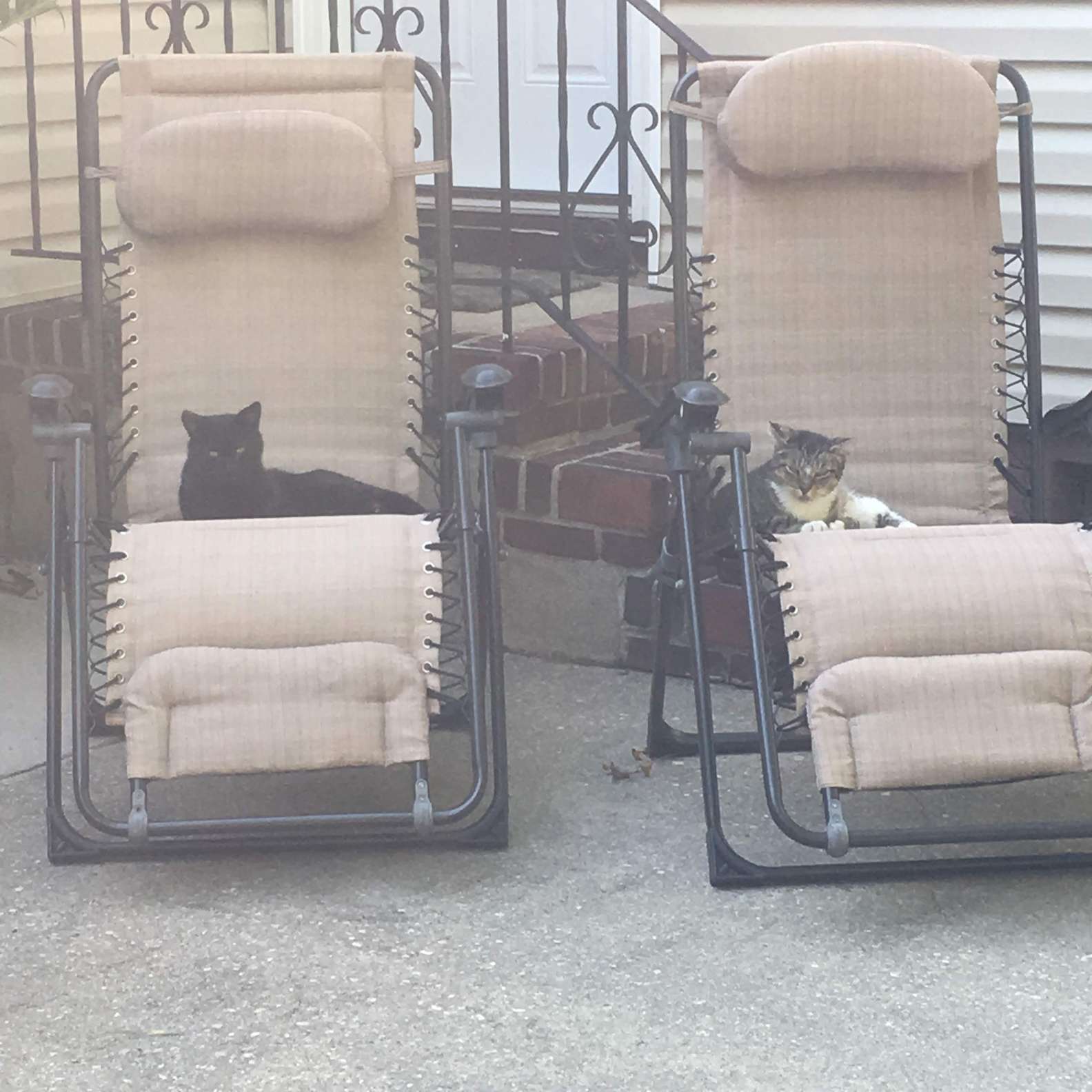 Cassano fostered the little kitten and adopted him out to a loving home. But Mama wasn’t alone for long, especially with all the amazing amenities the Cassanos’ backyard offered .

Now, Mama hangs out in the yard with two black cats known as Inky and Finky.

Cassano doesn’t have any hopes of domesticating the little feral family, but she’s happy to give them a comfortable place to stay.

“They won’t come inside or let us touch them — but they recognize us, nap on the stoop [or] in the lawn chairs, coexist with us in the backyard, and sometimes come up to the window when it’s time to eat,” Cassano said.