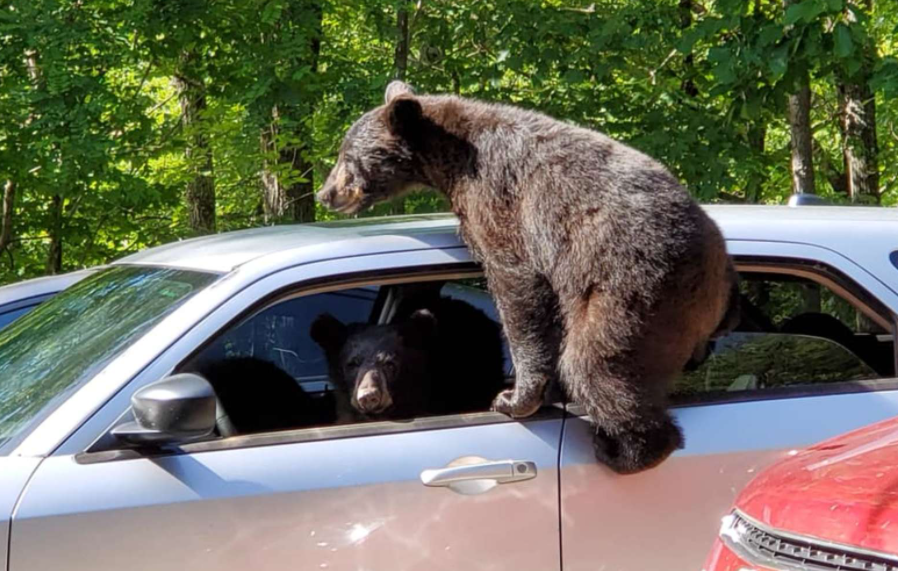 Chad Morris was in the middle of a relaxing vacation with his family in Gatlinburg, Tennessee, when his parents suddenly started screaming for him to come outside. He rushed outside their cabin to see what all the commotion was about and couldn’t believe his eyes.

There, in the driveway, was an entire family of bears — and it appeared they were trying to steal his car. 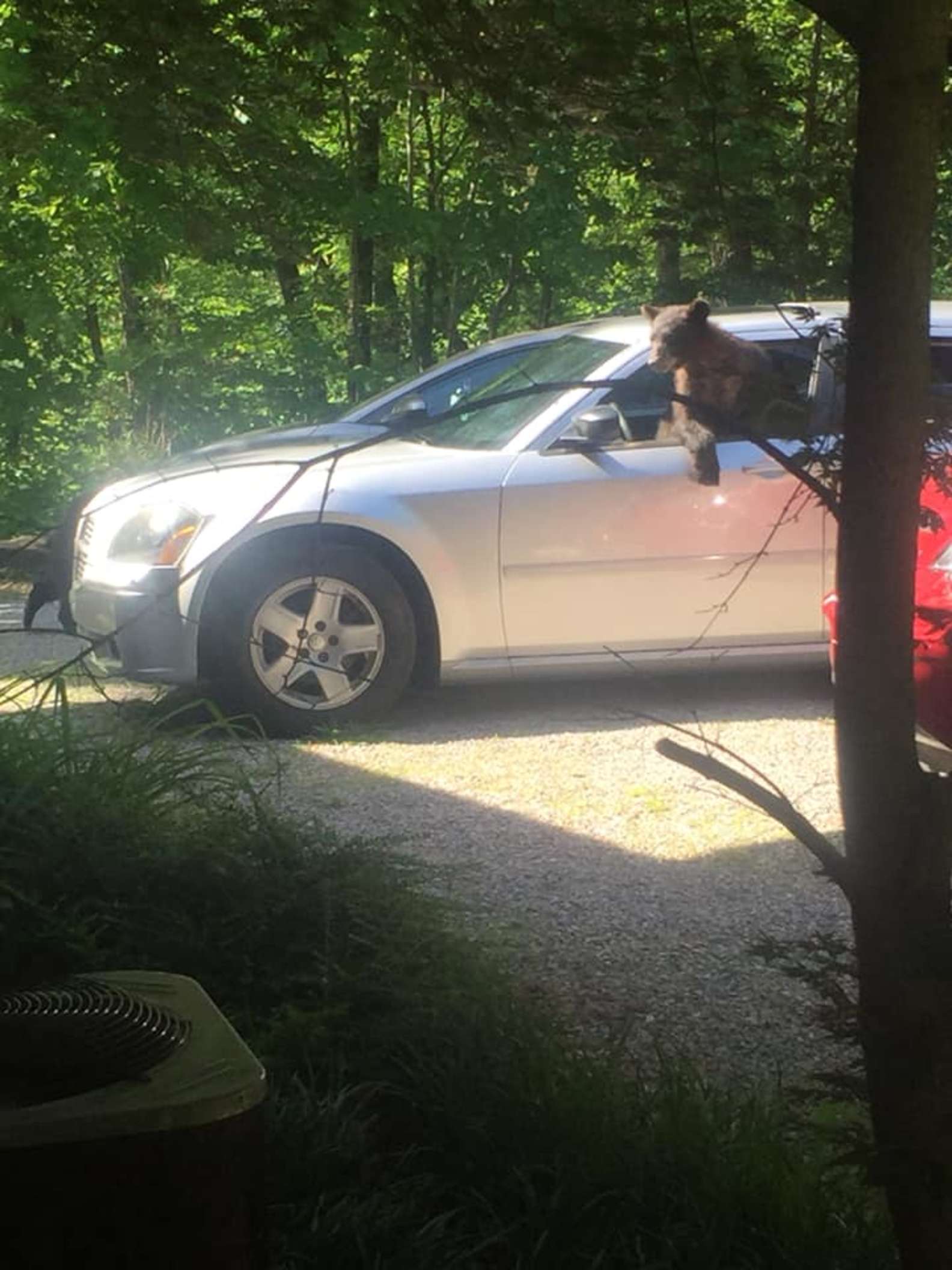 “As soon as I saw them they were walking up to my car and the three cubs hopped in,” Morris told The Dodo.

As the mama bear watched nearby, the three bear cubs had a grand time rolling around inside Morris’ car, playing in the driver’s seat, leaning out the windows and fooling around with whatever they could find inside the car.

The bears were very aware of Morris and his parents watching from a safe distance, but didn’t seem to care about their presence at all, and carried right on with their destruction of property and attempted car theft.

“They saw us standing around taking pictures, but they never bothered us,” Morris said. 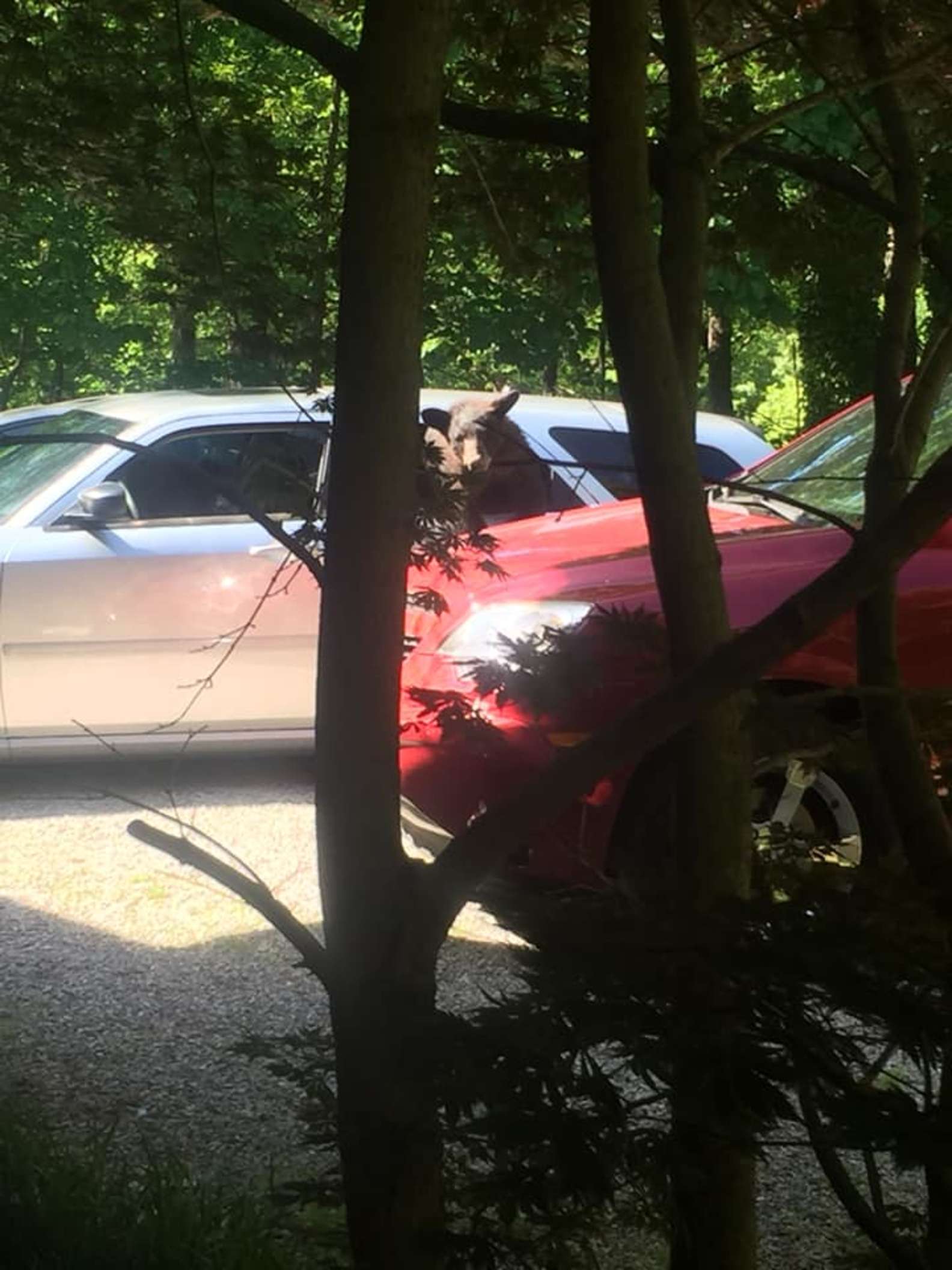 Finally, when the bear cubs realized the car wasn’t going anywhere and they had sufficiently explored the entire thing, they carefully climbed their way out of it — and then attempted to commandeer the other car parked in the driveway as well.

“They crawled out of the windows and two of them stood up next to my mom and dad’s car, but their windows were up,” Morris said. “After five more minutes of walking around the cars they went back down the mountain together, off in the woods.” 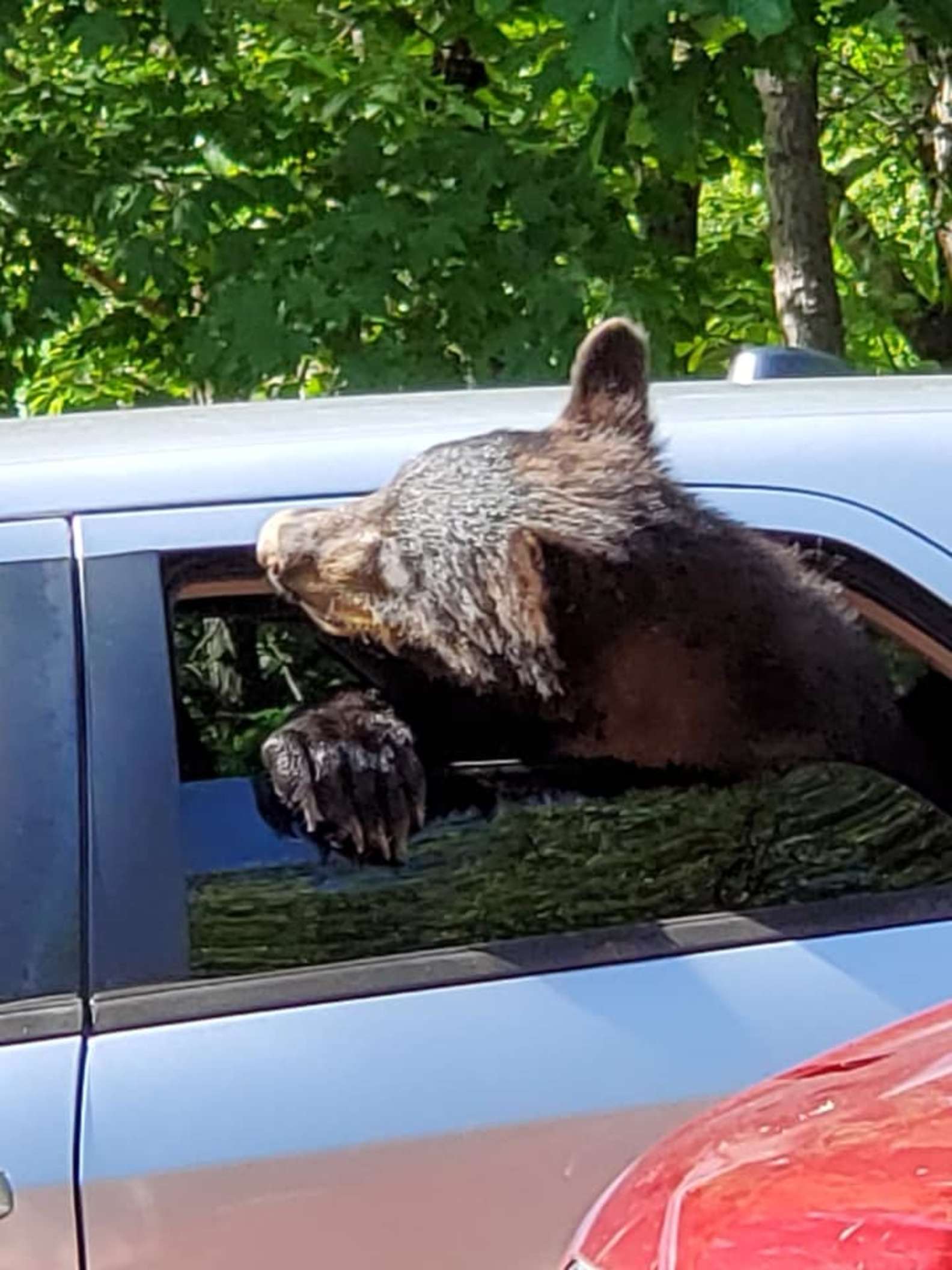 Once the bears had disappeared into the woods again, Morris quickly ran over to assess the damage, and was surprised at how well his car had fared after being ransacked by three rambunctious bear cubs. 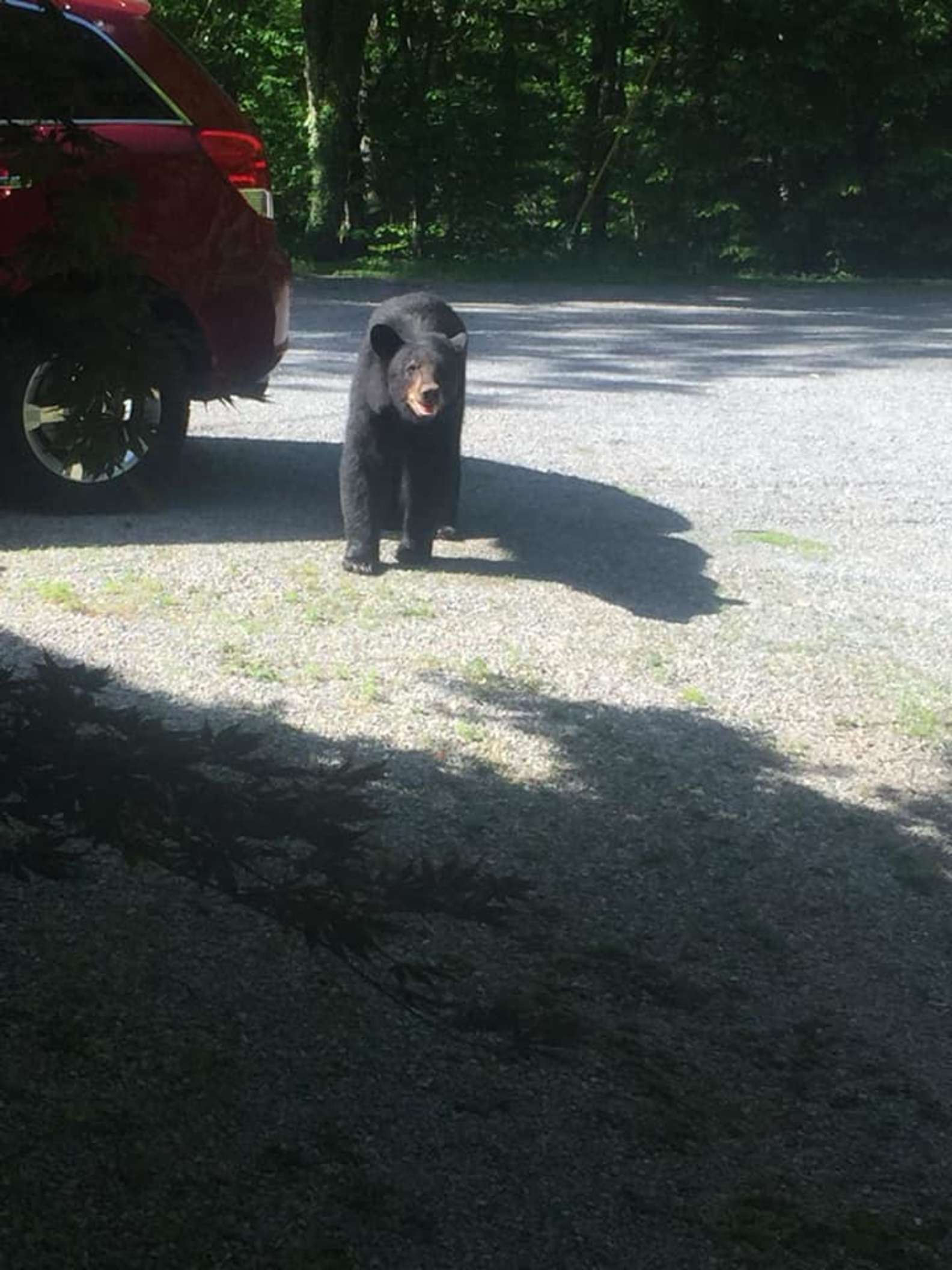 “They tore a chunk out of the leather on the driver’s seat by the headrest, and left scratches in a few spots on the interior,” Morris said. “One bit down into my protein shake top, and my son’s football has claw marks on it.”

For the most part, though, his car was OK, and now Morris and his family have a crazy story in their repertoire about the time an entire family of bears crashed their vacation and tried to steal their cars.