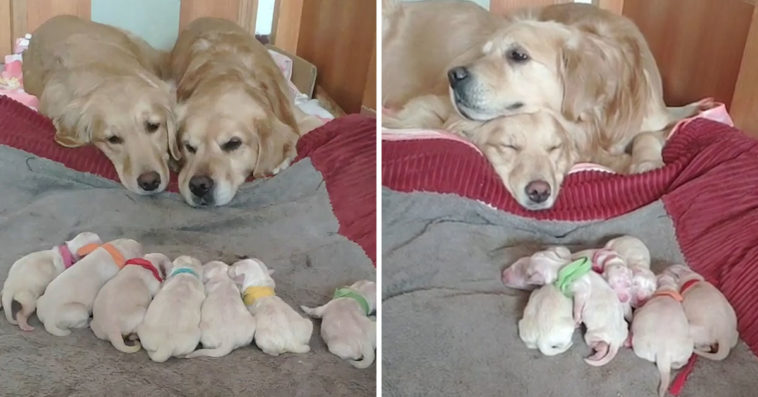 There’s nothing as exciting yet, equally as daunting as becoming a first-time parent and no one knows that more than this pair of Golden Retrievers who are celebrating the birth of seven new beautiful puppies! 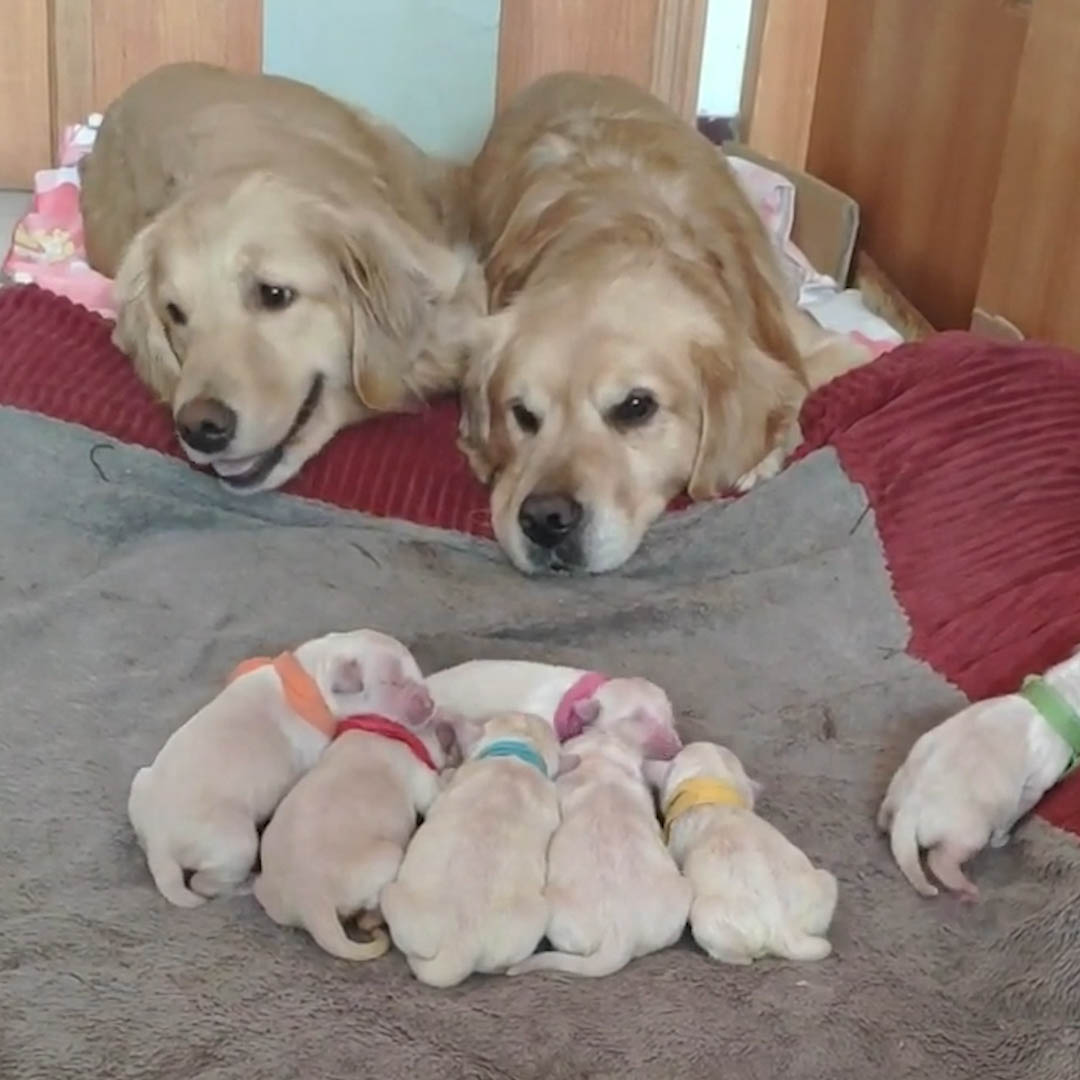 In the intimate clip shared by the pups owners, we see the undeniable look of love they share watching the newborn’s sleep. 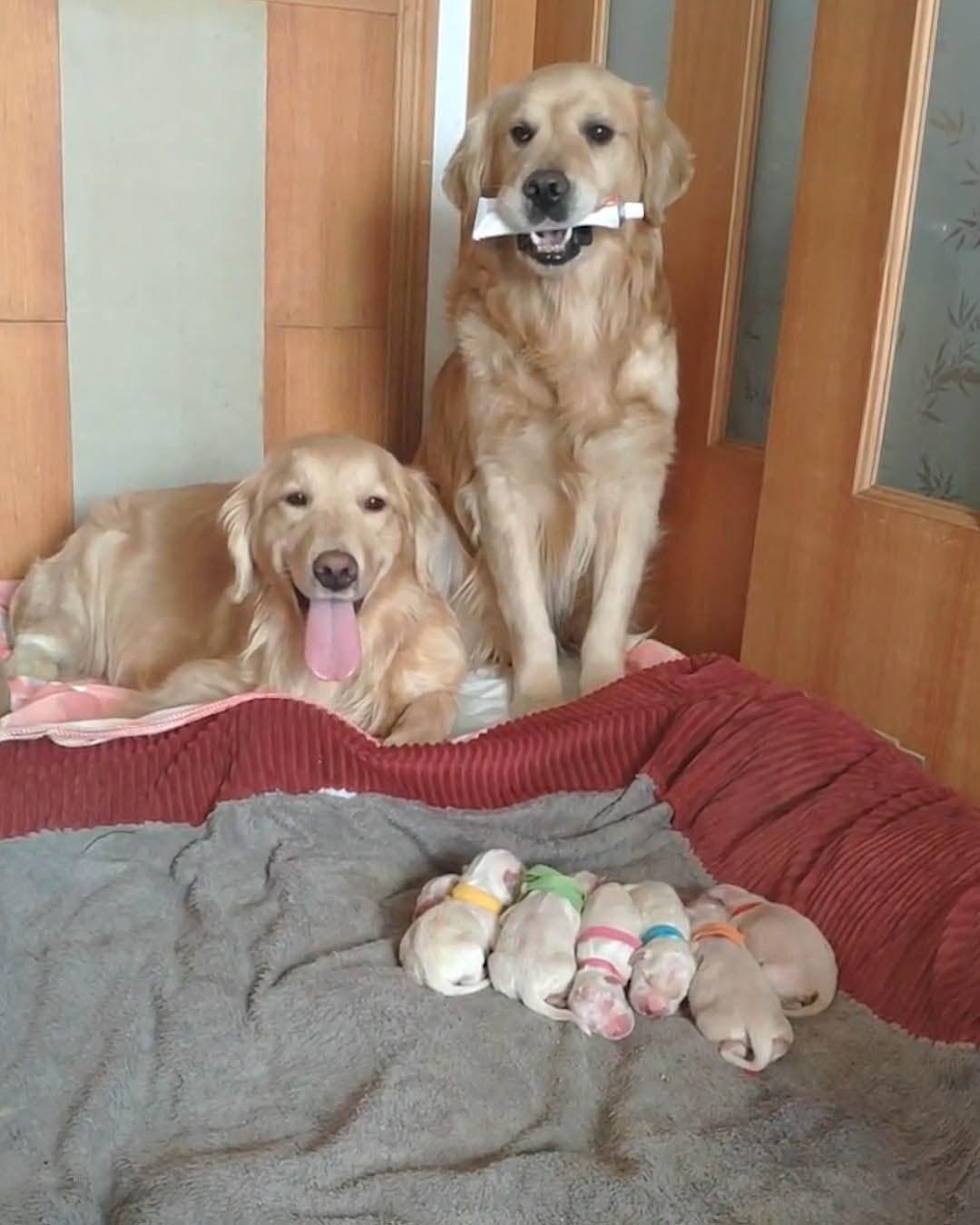 They’re so proud of their little family. 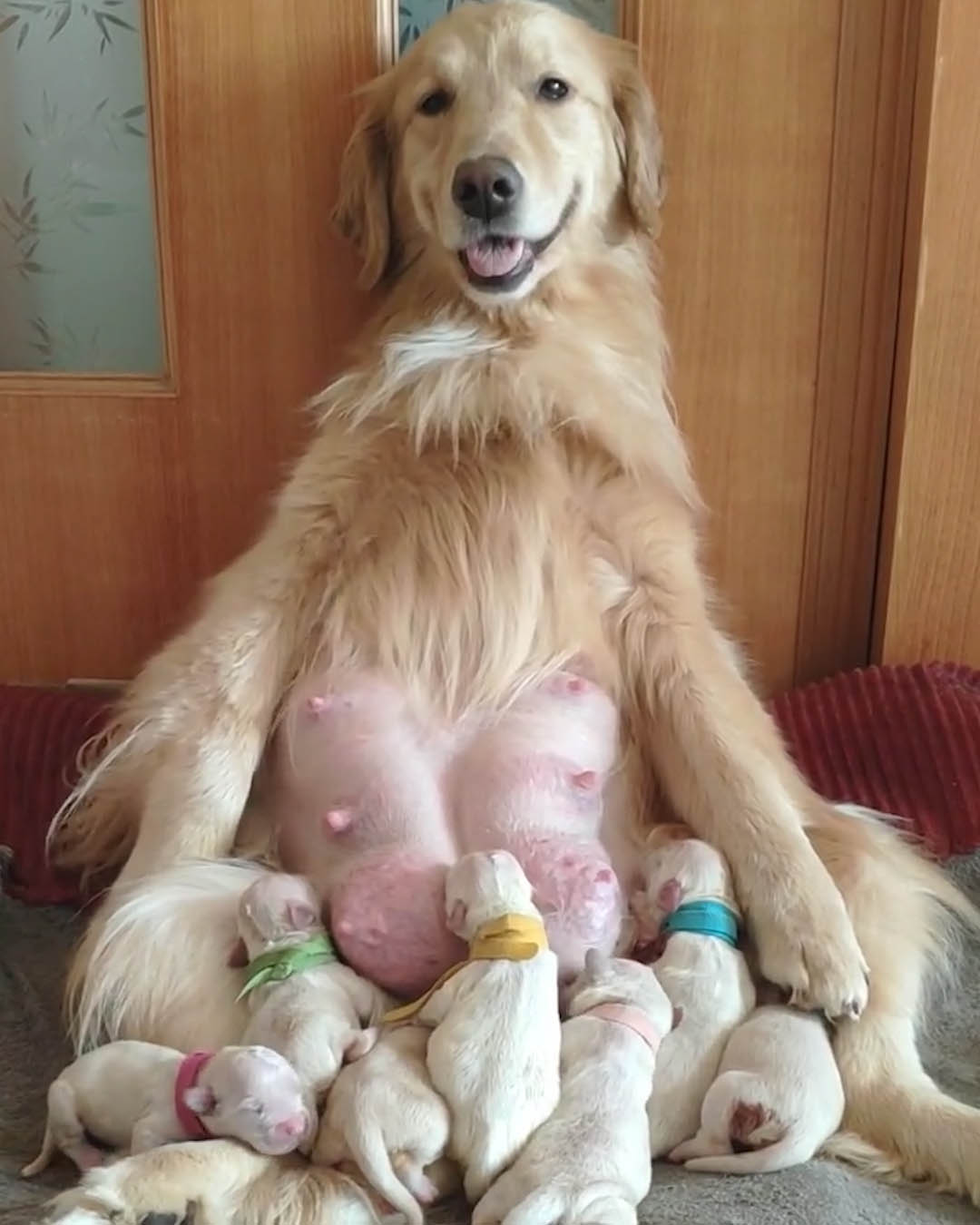 Despite their football team sized litter, mom and dad are complete naturals by the looks of it, nursing, and caring for the babies without breaking a doggy sweat. 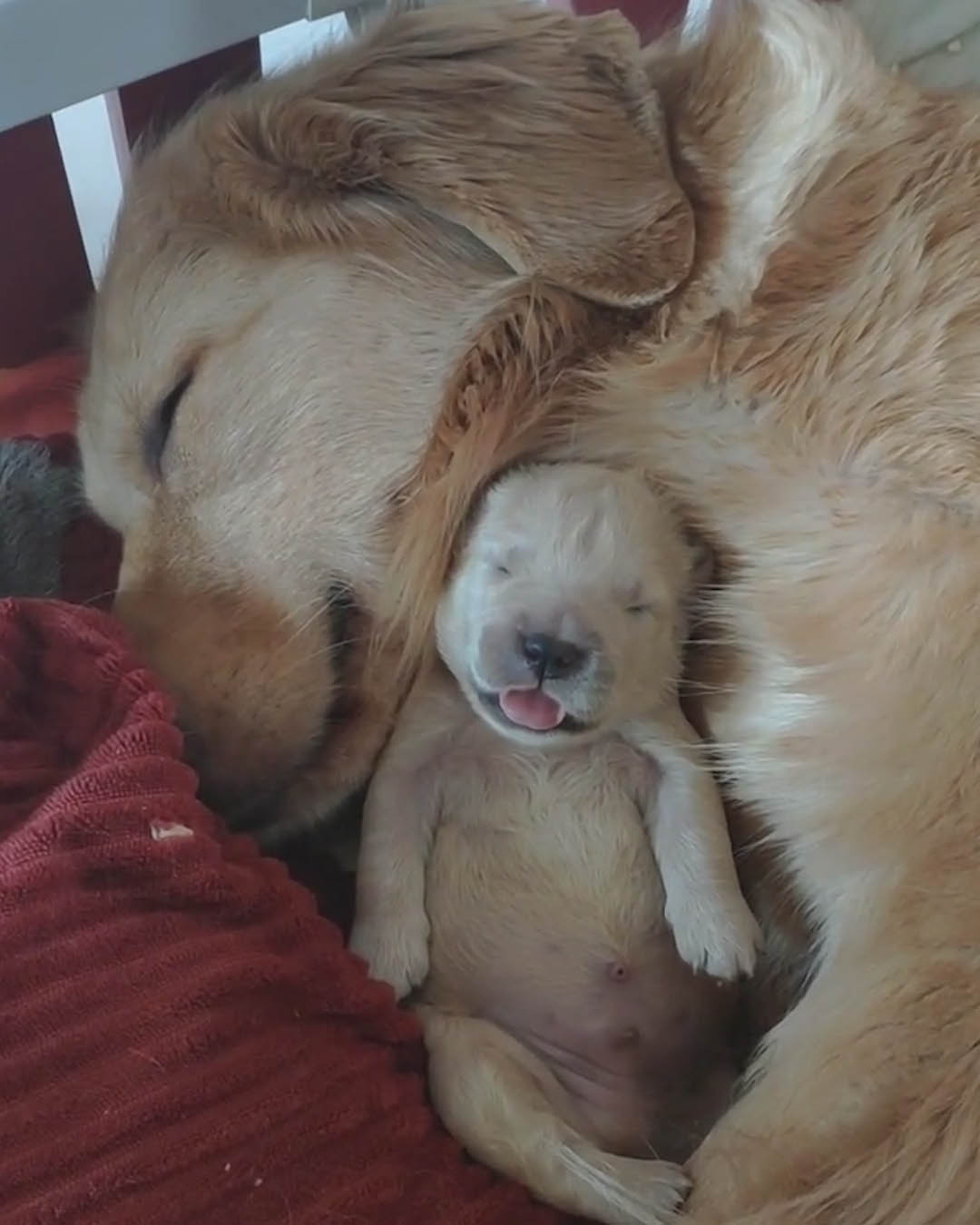 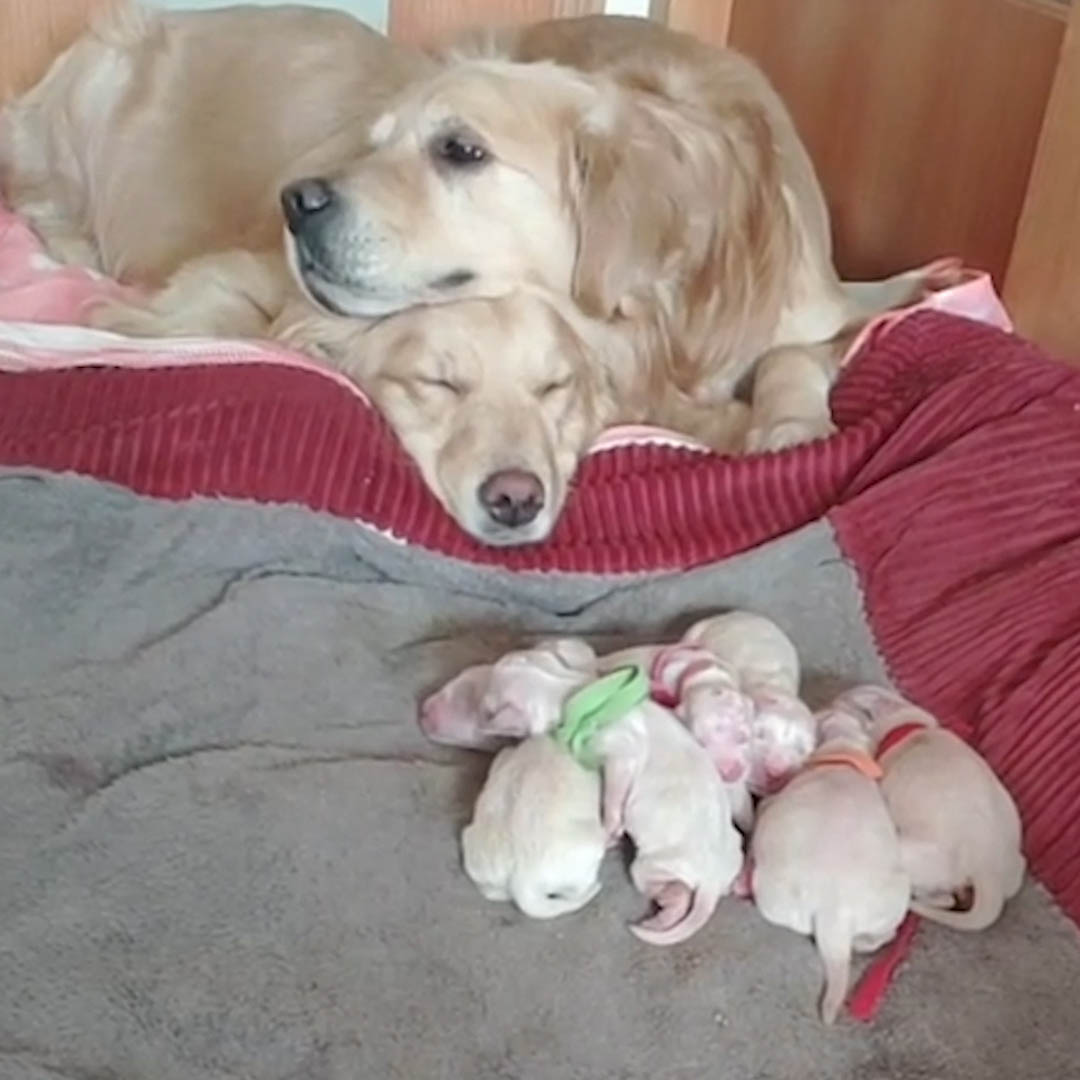 With some many new pups to care for and very little tell-tells to tell one from the other, the pups owners created a genius yet total adorable color-coordinated identification system with each pup having a different colored bandana tied around their necks. 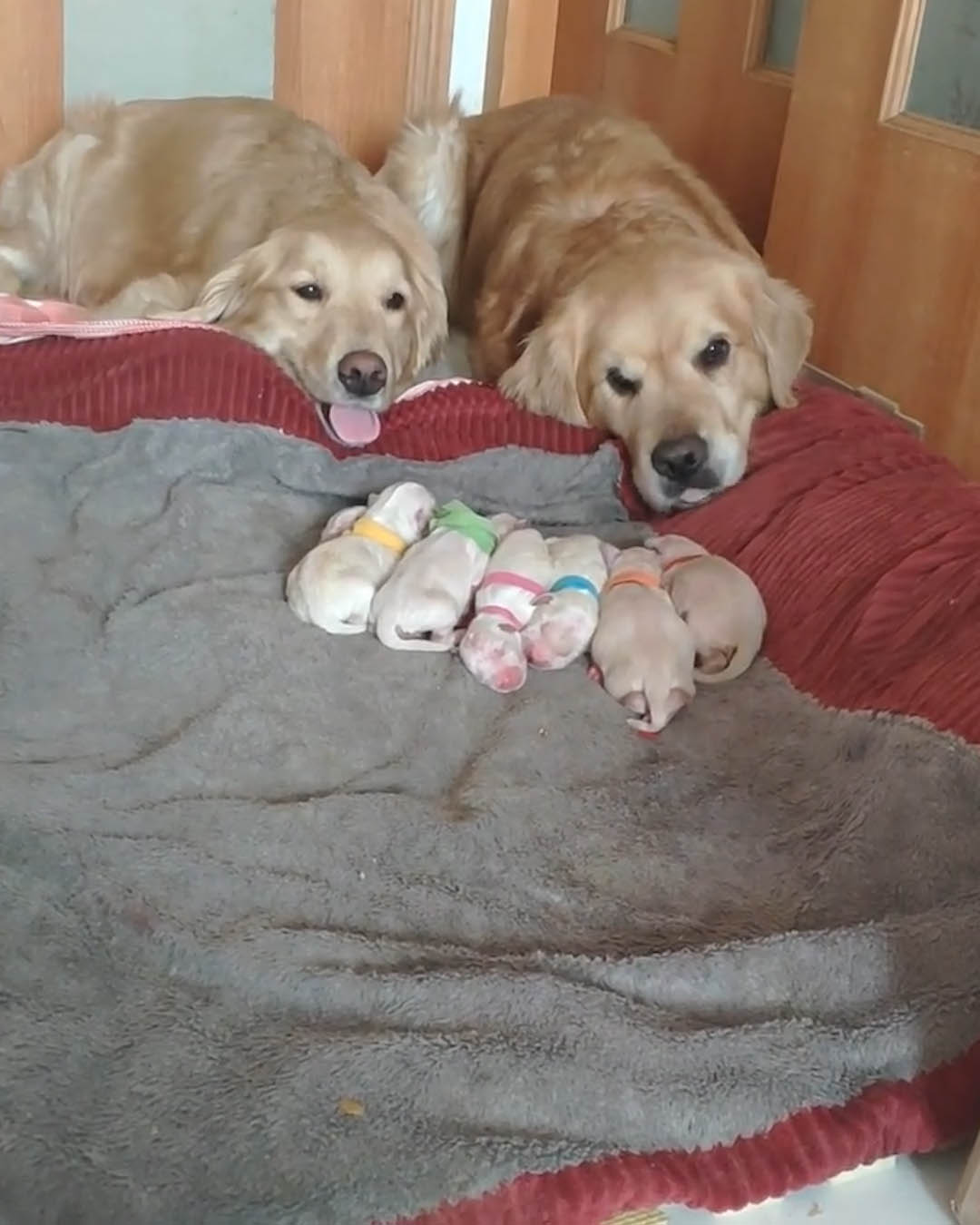 They probably won’t need them for long though, with their personality already starting to bloom, let’s just say they might be one of two hell-raisers between the bunch. 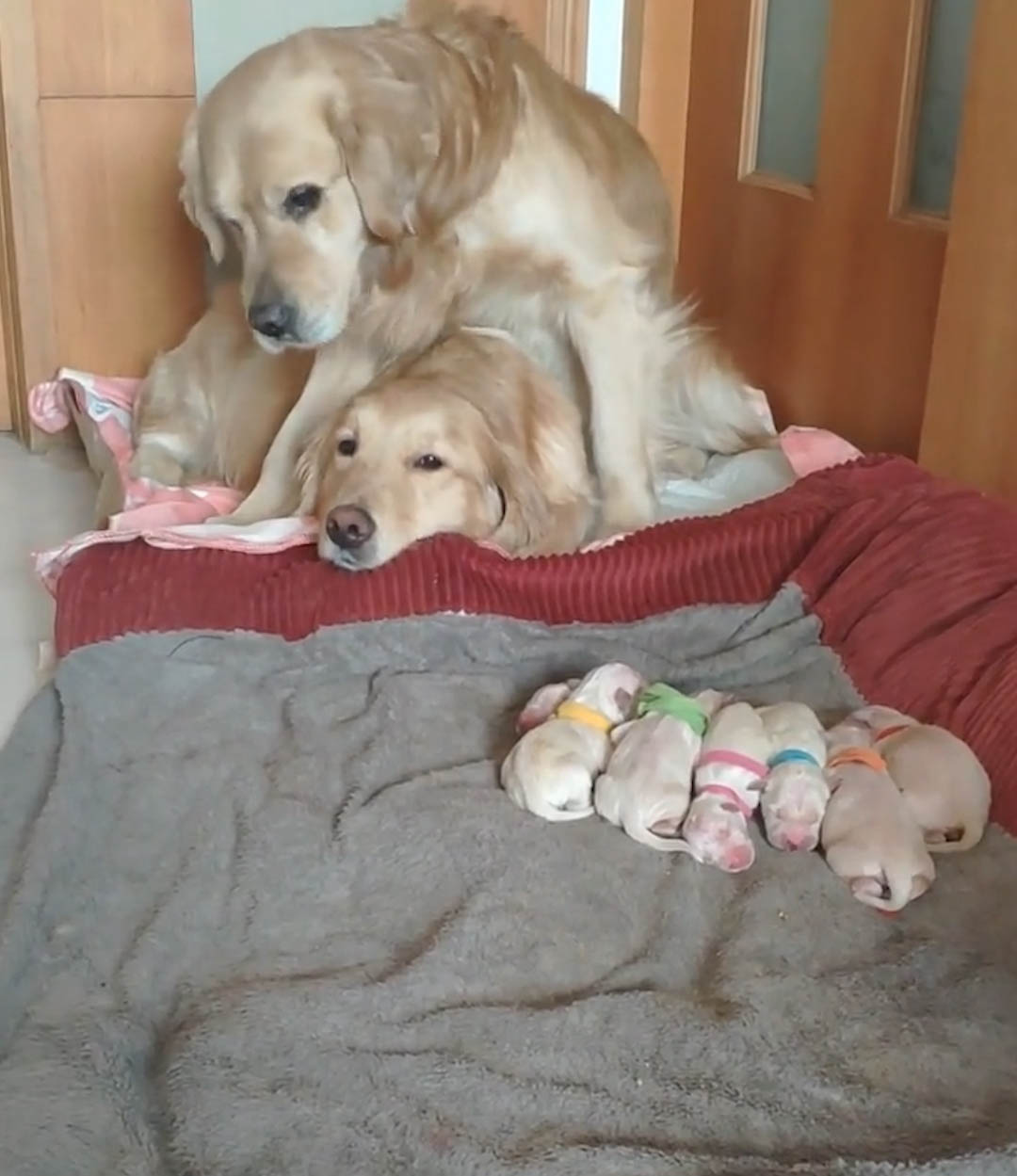 Also a big shout out to dad who is seen doting over mom just as much as the kids after an unarguably stressful labor for momma. What a keeper! 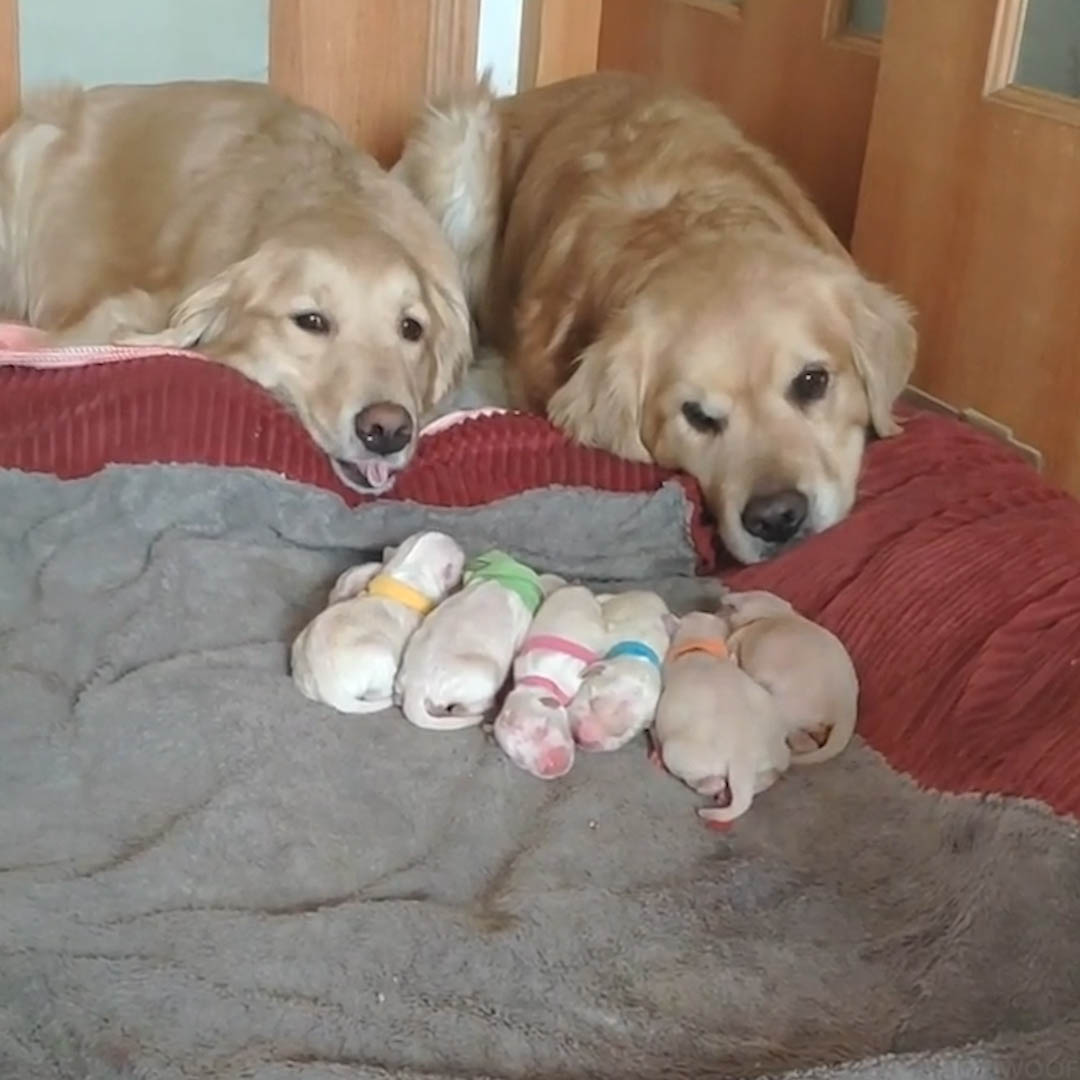 With over 15 million views on Facebook and hundreds of thousands of likes, it seems like the whole world is celebrating the birth of these newborns and it is only right considering just how beautiful they are.